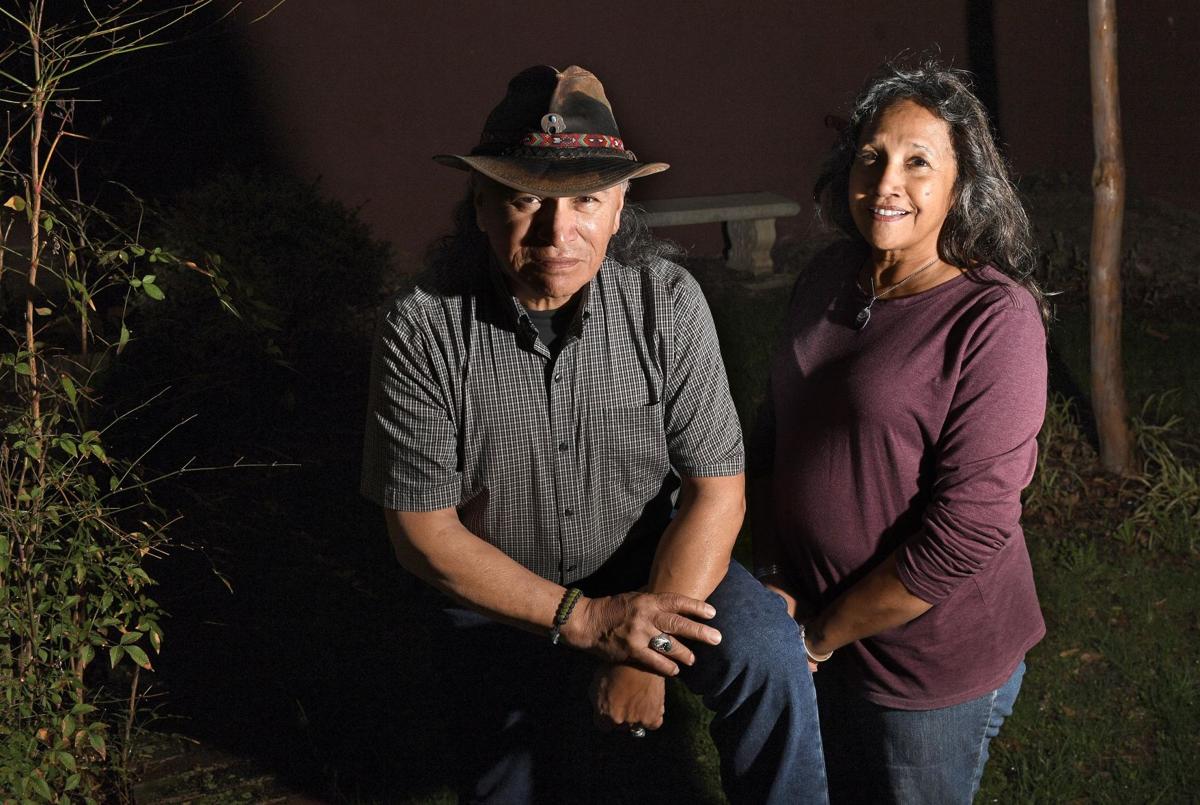 Ron Williams, left, who just walked from Pottstown to Conestoga (57 miles) to draw attention to the massacre of the Conestogas by the Paxton Boys in 1763, and MaryAnn Robins, president of Lancaster's Circle Legacy Center, in Lancaster Friday April 12, 2019. 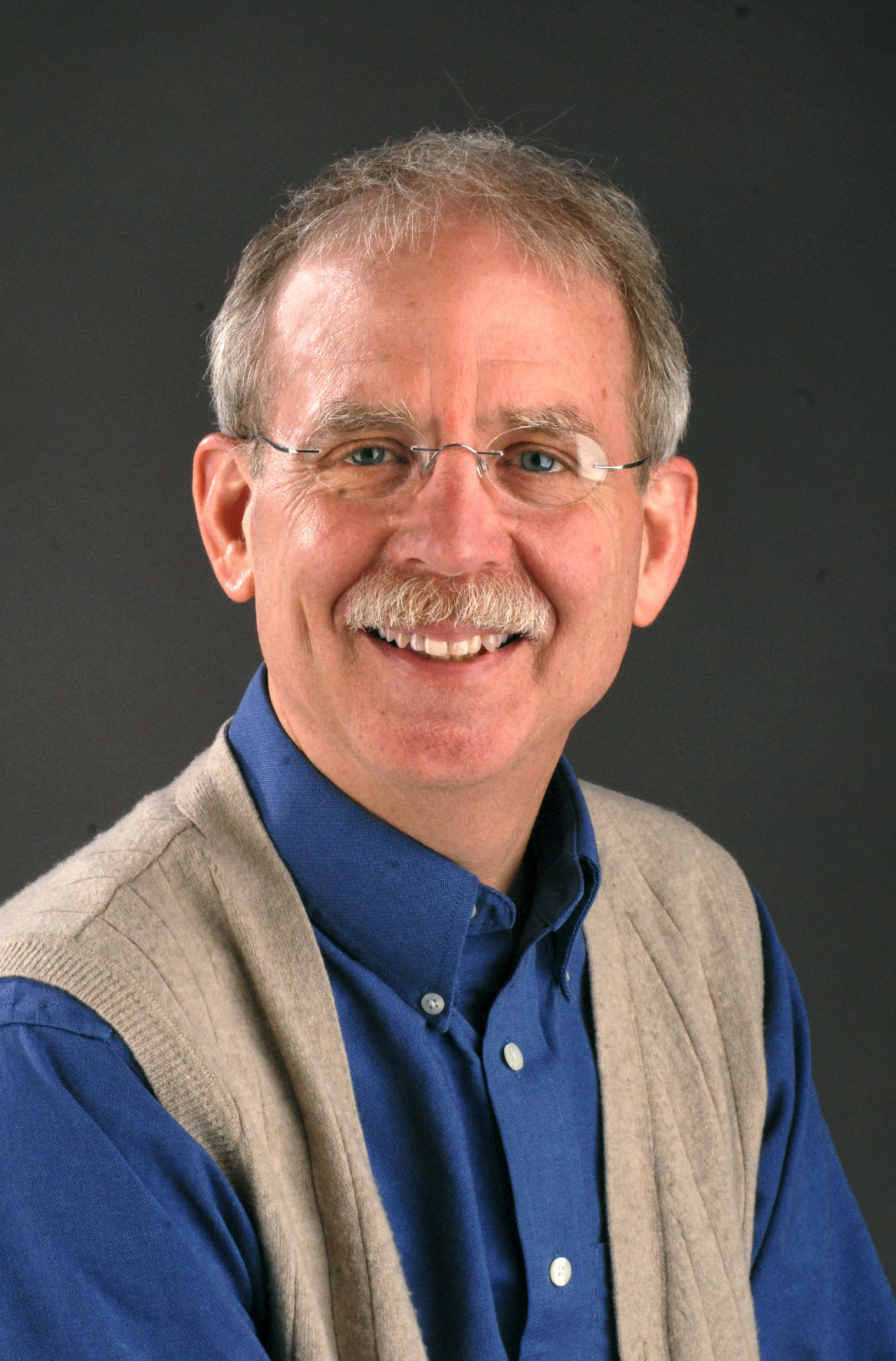 Ron Williams, left, who just walked from Pottstown to Conestoga (57 miles) to draw attention to the massacre of the Conestogas by the Paxton Boys in 1763, and MaryAnn Robins, president of Lancaster's Circle Legacy Center, in Lancaster Friday April 12, 2019.

Ron Williams maintains the site of a Lenni-Lenape burial ground near his home in Pottstown. Last week he walked 57 miles from that place to Conestoga, where the last representatives of Lancaster County’s original inhabitants were murdered.

At the end of the trek, which took less than three days, Williams was pleased. “My legs were killing me and my feet weren’t too happy either,” he said, “but I did what I planned to do.”

Williams, of Southern Ute heritage, is a board member of Lancaster’s Circle Legacy Center, an organization that promotes American Indian traditions and contemporary culture. He also is an organizer of the annual Powwow on Manatawny Creek at Pottstown. So he has a foot, so to speak, in both places.

“That’s a very powerful burial setting in Pottstown and so is the massacre site here in Lancaster,” he explained. “I felt that these two needed to be joined. I felt like I was the conduit.”

Williams followed the Indians’ French Creek Path to Conestoga. He walked from Pottstown down to Route 23, which parallels the old Indian path. He walked along it to Lancaster. From there, he followed the Conestoga River to the Conestoga memorial at Indian Marker and Safe Harbor roads in Manor Township.

There he met Barry Lee, a member of Circle Legacy who lives in Safe Harbor. Williams gave Lee a gift of sage. Lee gave Williams a black-and-white beaded wampum belt. Williams said a prayer to conclude his journey.

Williams explained the deeper significance of traveling between the two sites.

The remains at Pottstown were uncovered in 1859. The American Indian, apparently an individual of some importance, and the artifacts buried with him were displayed for a time and then discarded. Williams said that thoughtless act disrespected all American Indians in an effort to make them nothing more than a memory.

A plaque on a boulder marks that burial site, and a similar memorial marks the location where the Paxton Boys killed the Conestogas in 1763 in a more violent effort to wipe out the native presence.

Williams emphasized that attempts to eradicate American Indians ultimately failed both in Pottstown and Conestoga. “Regardless of the historic treatment toward the Native American,” he said, “we are still here.”

So a long walker who was unsure how an artificial knee would hold up over nearly 60 miles has connected these two places as a reminder of the continuation of a people despite the indifference or outright hostility of the civilization that sought to replace them.

Williams had a big idea. Not everyone understood how he would make it work.

“Before I started walking, people said to me, ‘Are you out of your mind? You’re 72 years old. What are you doing?’ ” he said. “But people along the way were incredibly kind. They would stop me and ask what was occurring. The animals would watch me and wouldn’t run away.”

Williams said prayers and sang songs as he walked. He drank lots of water, lost more than five pounds and gained some enlightenment.

“I believe in emptying the body so the spirit can come in,” he said at the conclusion of his journey. “It was about as perfect a trip as I could imagine.”

Standard references provide no explanation. Does anyone know?

Mary Louisa Walker Roberts, a native of Sadsbury Township, near Gap, served as a Confederate army nurse. She shuttled medical supplies from Ca…

Electric lights were uncommon in the southern end of Lancaster County in the early years of the 20th century. There were five such lights on t…

The Scribbler column, one of the world’s oldest, turns 100 -- but it's not the world's oldest [The Scribbler]

This column is a century old this week. Happy birthday to a Lancaster County institution. The first column called “The Scribbler” appeared May…

Jack Brubaker, the scribe behind The Scribbler - one of the oldest newspaper columns - shares his start as its voice.