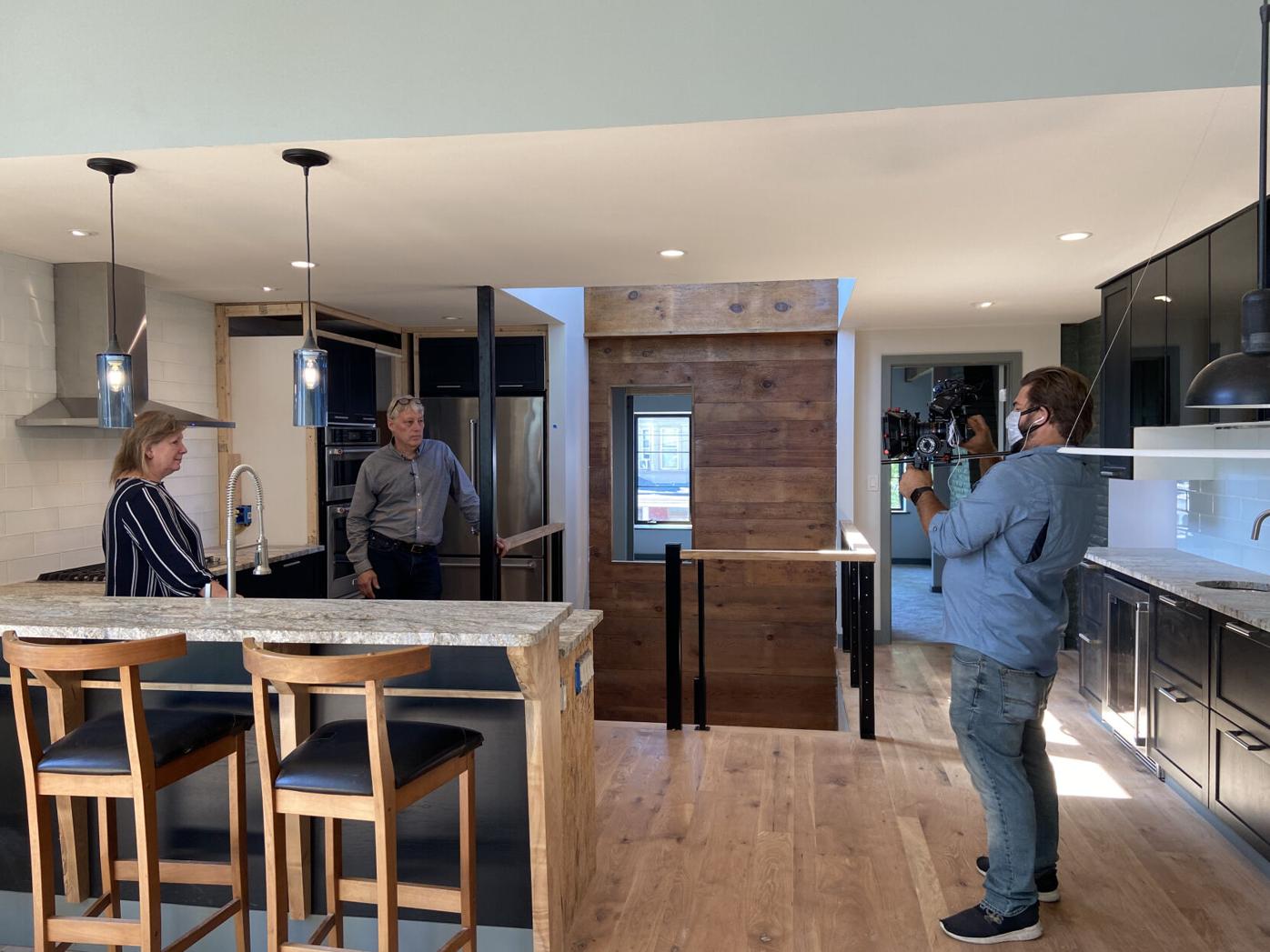 Eric and Roxanne McRoberts' home is one of the stops on the Renovators' Tour from Lancaster Lebanon Habitat for Humanity. 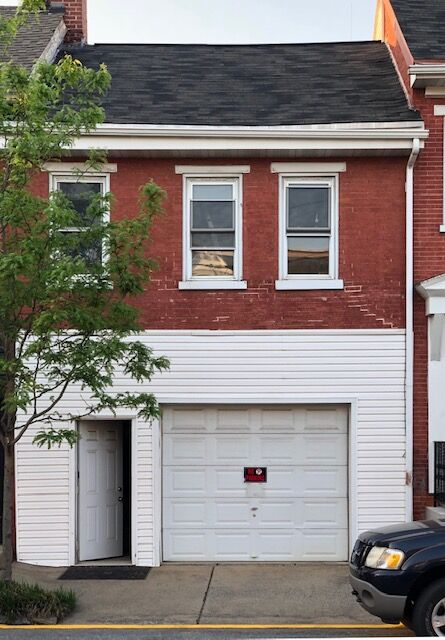 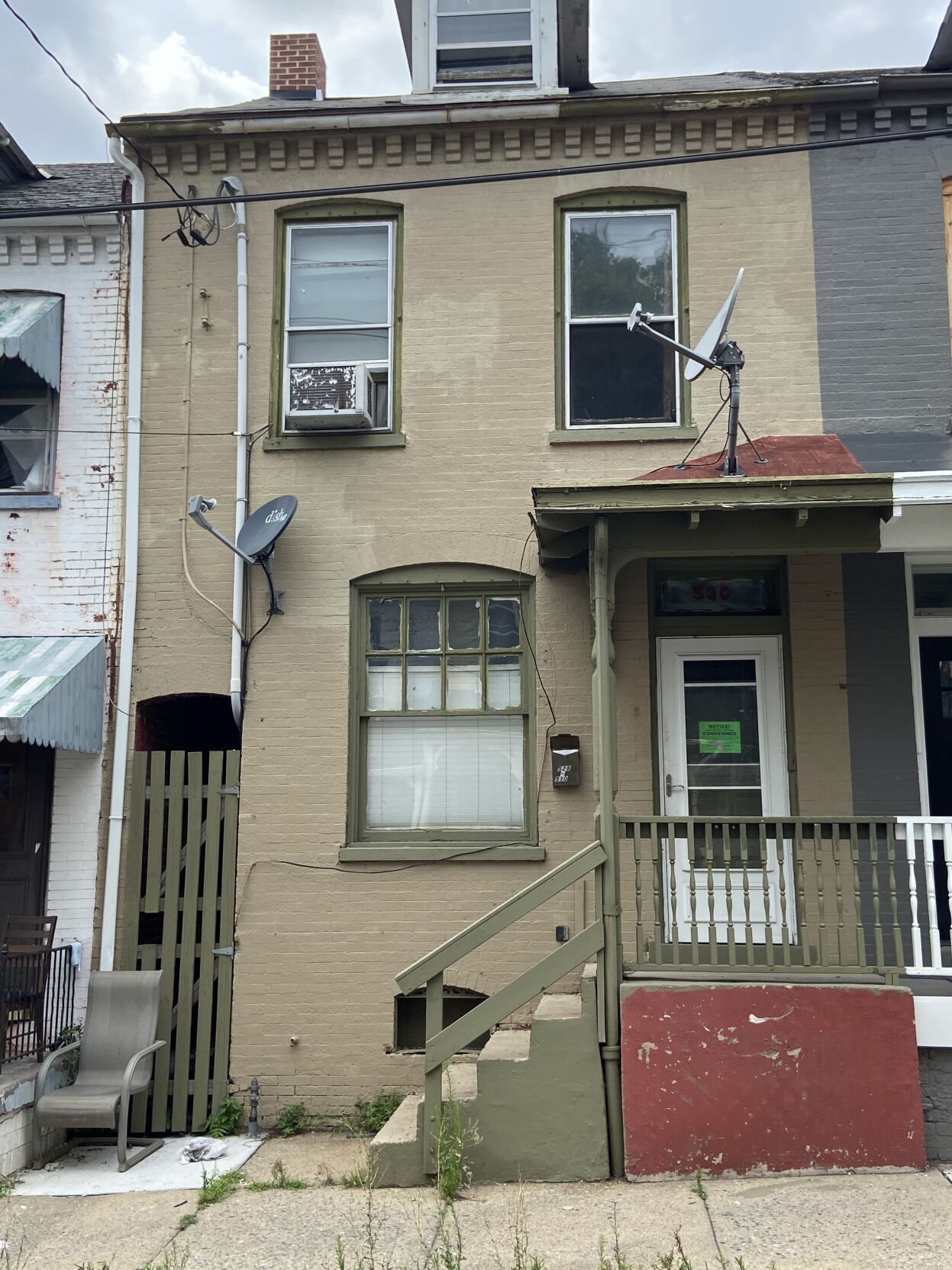 Lancaster Lebanon Habitat for Humanity will renovate this home on Howard Avenue in Lancaster. 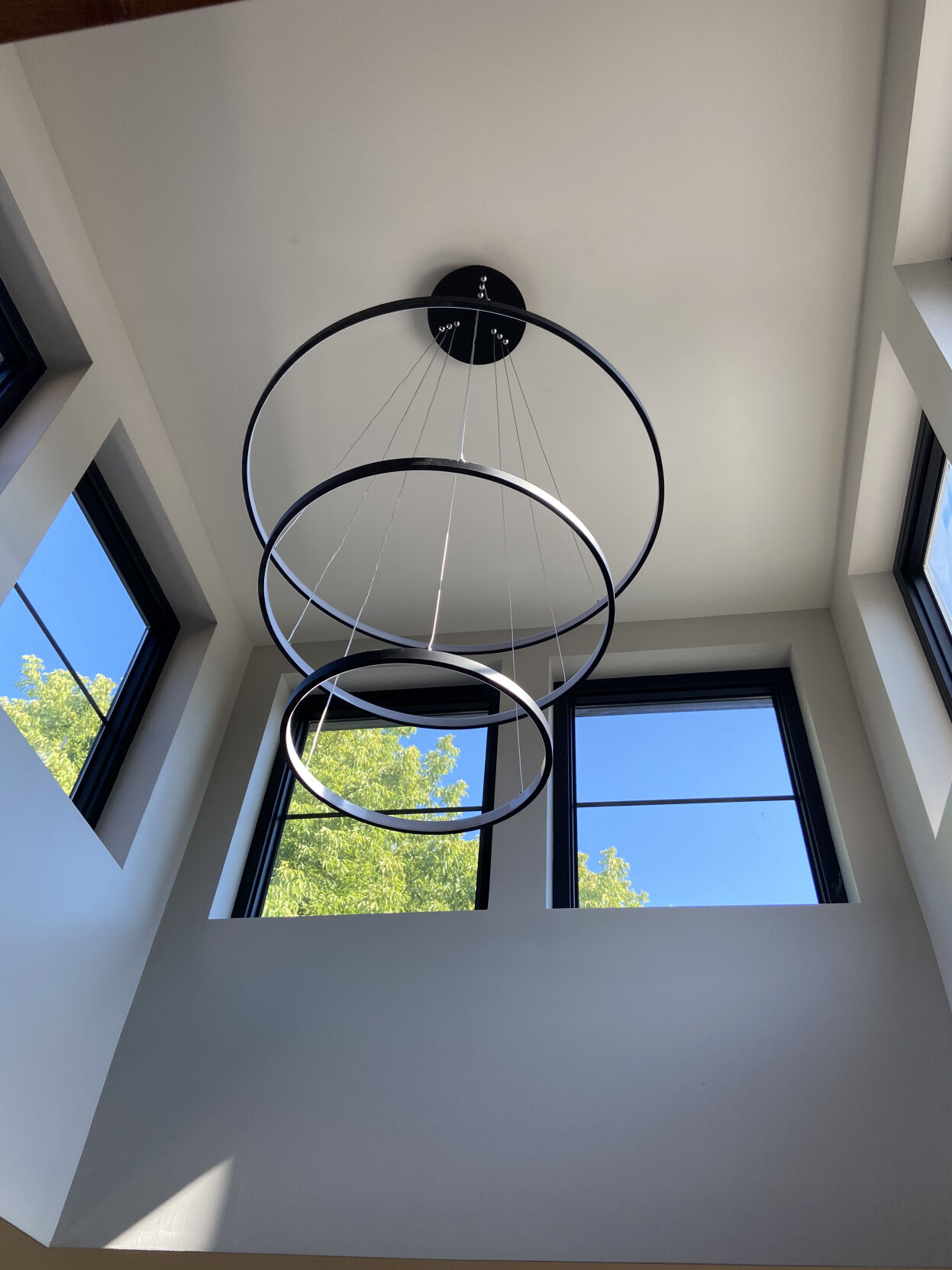 The McRoberts added new details like this lighting fixture in their renovated home on Walnut Street. 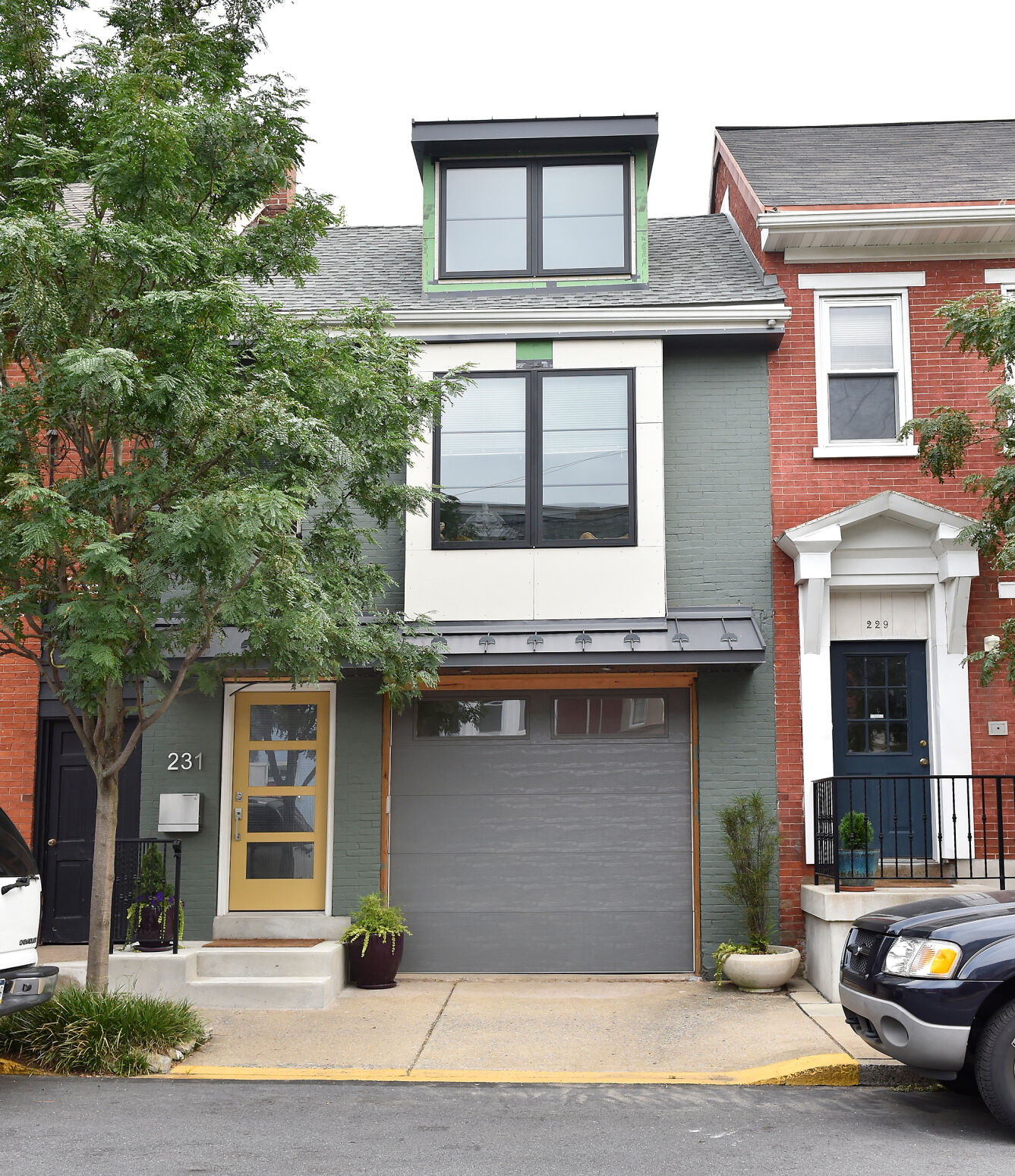 Listed on the Habitat for Humanity's Renovators Tour, this home at 231 West Walnut Street, was finished by architect Eric McRoberts and his wife Roxanne McRoberts, who have remodeled numerous homes in Lancaster city and Lancaster Township on Friday, August 14, 2020. 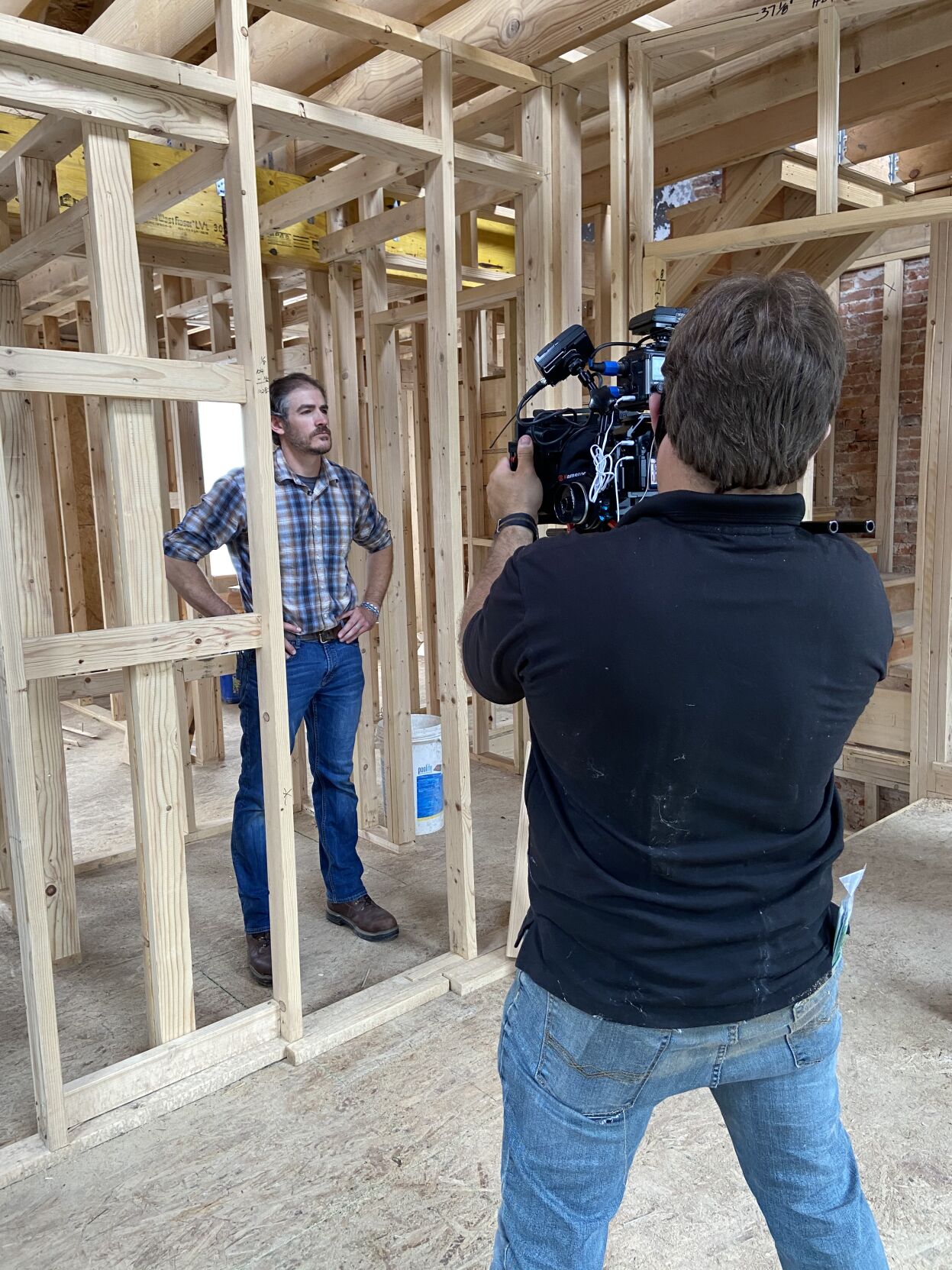 Eric and Roxanne McRoberts' home is one of the stops on the Renovators' Tour from Lancaster Lebanon Habitat for Humanity.

The McRoberts added new details like this lighting fixture in their renovated home on Walnut Street.

Listed on the Habitat for Humanity's Renovators Tour, this home at 231 West Walnut Street, was finished by architect Eric McRoberts and his wife Roxanne McRoberts, who have remodeled numerous homes in Lancaster city and Lancaster Township on Friday, August 14, 2020.

It was the holy grail of downtown living that first caught the eyes of Eric and Roxanne McRoberts.

A brick garage, and one on Walnut Street, was for sale.

The McRobertses did some digging and learned the garage had enough space to park not just one but three vehicles. However, the efficiency apartment upstairs left little room for living.

Where to find sunflower fields in Lancaster County for photos, yoga, a concert and more

The couple saw the property’s potential and bought it. After two years of renovations, many of which they did themselves, the McRobertses just moved in. In their fifth home rehab, they tackled projects like digging out the basement bucket by bucket and hauling free pavers rescued from construction sites.

The McRobertses will share more about their home in Lancaster Lebanon Habitat for Humanity’s Renovators’ Home Tour. The annual event usually sends DIYers into renovated homes on a walkable tour. In its fifth year, the tour will go virtual, Saturday, Aug. 29, to help the nonprofit in its work to bring affordable home ownership opportunities to local families.

These homes will be sold to families who meet income guidelines and other qualifications. Once accepted, a couple must spend 400 hours of sweat equity working on Habitat homes, as well as take financial education and home-maintenance classes.

The annual tour is a way to explore building and design beyond the Habitat construction projects, Balestier says. It also brings in money for the nonprofits’ work.

Going virtual for 2020 keeps the tradition going while staying safe. Habitat recruited four homeowners to show off their homes.

The tour will have the McRoberts’ home plus the home of John and Mara McGrann, owners of Penn Stone. There are also homes designed by David Lyall Home & Design and Capstone Design + Build.

Use the slider to see before and after images of this home renovation project. Show before
Show after

3-car garage to a 2-bedroom home

The McRobertses purchased their home a few years ago. They quickly renovated two rental properties there and found tenants, giving them time and money to work on the garage. Eric McRoberts is co-owner of RLPS Architecture and Roxanne McRoberts was the Weekend Projects Editor for LNP | LancasterOnline.

On nights and weekends, the couple spent time on demolition, framing, painting and more. They hired help for some of the tasks, like installing hardwood floors, drywall and the roof.

They rescued some materials from local construction sites.

When the brick sidewalks next to Lancaster Central Market were replaced, the couple learned the pavers were going to be dumped at a landfill, Eric says. They offered to take the bricks and loaded their truck several times with the pavers.

The same thing happened on the construction site of Long Home property, where an old flagstone sidewalk was removed to build a senior apartment complex.

Instead of going to the landfill, the McRobertses brought both to their new home. They preserved pieces of the city's history and have a new patio.

After selling their house in the West End, they moved into their newly renovated home just in time for the camera crew to capture their work.

One challenge with a virtual tour was capturing it on video. It helps that Habitat ReStore manager Ben Mathus has background in film. He was part of the camera crew on the TV show “Gossip Girl” and the film “The Fault in Our Stars.”

To broadcast the show online, Habitat partnered with Station One Center for the Arts, a group that has hosted live events on social media. On the day of the event, Saturday, Aug. 29, the tour will go live on RenovatorsHomeTour.com with a mix of livestreams and video.

Going virtual also opened up the chance of safely adding an under-construction Habitat home to the tour, Balestier says. Viewers will be able to see the work on Cumberland Street in Lebanon. Three homes badly damaged by fire were gutted and are now under renovation.

Instead of selling tickets during a pandemic, the tour will be free.

Donations will be accepted through Text to Give and other options during the tour.

Donations will go to one Lancaster project, at 530 Howard Ave. The property will be acquired through the Lancaster City Land Bank and soon undergo yet another renovation.

Missing the fair this year? Share your favorite fair memories, stories and traditions

What: This virtual home tour will explore renovated homes in Lancaster County plus a Habitat for Humanity home in Lebanon.

For dinner: Three restaurants, Max’s Eatery, The Scarlet Runner and Blazin’ J’s, are offering special menus for the tour, for pick-up or delivery. The menu prices for food and drink specials include a donation to Habitat.

After a break during the pandemic shutdown, Lancaster Lebanon Habitat for Humanity’s construction sites are open along with its ReStore, filled with donated new and used home goods and building materials.

To help, there are volunteer opportunities at the ReStore and on the construction site.

Many gardeners began the summer resolved to plant more edibles.

We all need reading material while we’re sheltering in place.

In-person gardening classes return to Lancaster County; plus where to find 30+ virtual garden classes in September

After a break, garden classes are returning throughout Lancaster County.

What grows in a landscape architect's garden? A look inside one of the stops on Strasburg's garden tour [photos]

Postponed because of the pandemic, Strasburg's garden tour will include 11 homes throughout town, plus Strasburg Community Park.

Randy Culley built a paver patio a few hours at a time. He and his wife Cathy now have an upgraded space to relax.

If training for a race motivates you, here are runs and walks to find throughout the fall in and near Lancaster County.

Burpee Seeds have been a gardener's mainstay for nearly 150 years; here's a brief history

The W. Atlee Burpee Co., affectionately known as “Burpee seeds” to millions of American gardeners, is the nation’s largest home seed and plant company and was founded in Philadelphia in 1876, at the time of the Centennial Exposition shortly after the end of the Civil War.

They were dubbed “iconic” shortly after the first one rolled off Volkswagen’s Wolfsburg, Germany, auto production line in 1950. Known originally as the T1 Transporter, nearly 4 million of these popular and boxy VW vans or buses have been sold worldwide. They had official names, including Bulli, Kombi, Type2, Westfalia and Eurovan, although they also were affectionately referred to as tin cans, breadboxes, microbuses and hippie vans.

Home features that sell and the ones to avoid

These features and descriptors were on home listings that sold fast and at higher prices.