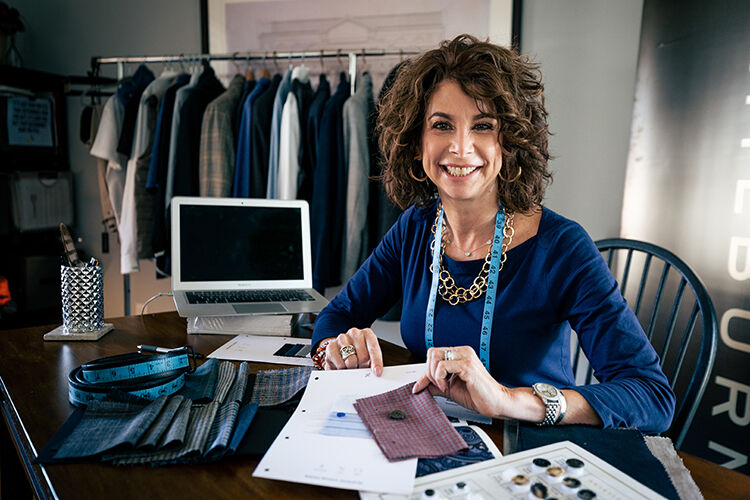 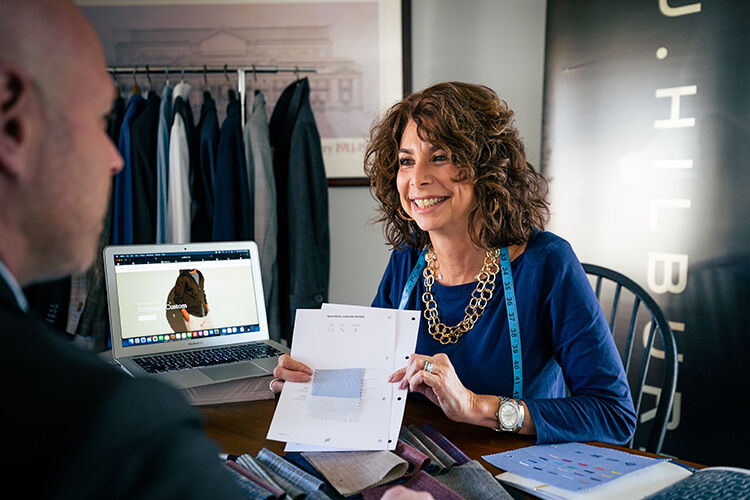 “I had worked for Sak’s Fifth Avenue and Macy’s at different points in my life,” Torba, 56, of Manheim Township, says. “I thought I would actually have my own boutique one day.”

When she graduated from Rider University with a degree in English, Torba didn’t know what she wanted to do for a career.

So she went into the family business — insurance.

“My father had a local agency in North Jersey, where I’m from,” Torba, of Manheim Township, says. “I worked for him for several years. ... It was comfortable. I was probably slated to take over the business at one point.

“Then I went to work for a large insurance company that is now defunct,” Torba says. She worked in insurance on and off for several years, even running her own Allstate agency for a while.

At that point, she was a single mom of three boys, and wanted to make more money to support her family. So she went into pharmaceutical sales for a company called Transdermal Therapeutics.

“I didn't know anything about pharma,” she says.  “However, if you're a salesperson, and you have the people skills and the sales skills, product knowledge is something that can be taught. I was taught the product knowledge behind the company I was working for.”

When she got married, her husband, an entrepreneur, saw that she wasn’t happy or fulfilled in her previous career.

“I didn't know you could just ‘do’ something,” she says. “I'd been providing for my family for so long, I didn't know that I could do anything for fun.”

In 2013,  she apprenticed for six months apiece with two image consultants in Minnesota and California, and started her own business, Your Signature Element, in Lancaster.

Then, “all my female clients kept sharing with me that their husbands, their boyfriends, their significant others really needed this service, and wouldn't it be great if they had something like this,” Torba recalls. “I kept getting hit over the head with this same comment."

Her husband suggested that might mean she should be a men’s stylist instead.

“So, I went searching for the unmet need in menswear. And it was J. Hilburn,” she says.  “I am a menswear stylist. I have the best job ever. I get to dress men for a living.

“There are several other companies that do what J. Hilburn does,” she says. “But I really felt that ... their mission, their vision, their values, were really in line with mine, so I liked it. So I called the company directly and said, ‘I want to work with you.’”

“We have 11 custom categories — everything except pajamas,” Torba says.  “It’s business casual, casual wear, golf wear. ... We have everything from T-shirts to tuxedos.”

Torba meets with clients, either via Zoom or in person, in their homes or in her home studio.  The clients fill out a questionnaire and she gets their measurements.

"And then, together, we pick out fabrics, buttons, all the things that will make their clothing,” she says.

She has clients in the area and around the country. She’s even dressed a couple of pro football players. She also recruits and mentors other full- and part-time stylists for the company.

Having her own consulting business suits Torba much better than the sales jobs she started in.

“There's been times as an employee of companies where you're micromanaged,” Torba says. “It didn’t work for me. And I’m really good when I’m left on my own.

“I think entrepreneurship is wonderful, but you really have to know yourself in order to do it,” Torba says. “Everybody thinks entrepreneurship is easy. You can make your own hours and do your own thing. Which is true. But you also have to do those same things every day to be successful. ...  I know what I have to do daily to make myself grow as a businesswoman and an entrepreneur.

“You have to dream it, choose it, live it, and you have to really create the lifestyle that you want,” Torba says. “And that's what I'm doing.”

From IT professional to business owner: How Bert's Bottle Shop in Millersville came to be

At age 47 — with only his family’s financial resources and without any experience in the food and beverage industry — Flores made reinvention a reality in March 2017 when he opened Bert’s Bottle Shop in Millersville Commons.

Indoor greenery doesn’t just look good, it can also help your mood and your health [column]

When you consider the design elements that define your home’s style, your thoughts might lin…

On reinvention: “...you don't have to have all the answers, because there’s people who have come before you who will gladly help you if you have passion.”

One year ago this month, Joshua William Green was lying in a hospital bed in New York City, receiving oxygen and struggling to breathe as he b…

Filmmaking is thriving in Lancaster County; here's why the area is ripe for creatives

Evan Scudner needed to make it rain on a cloudless summer day.