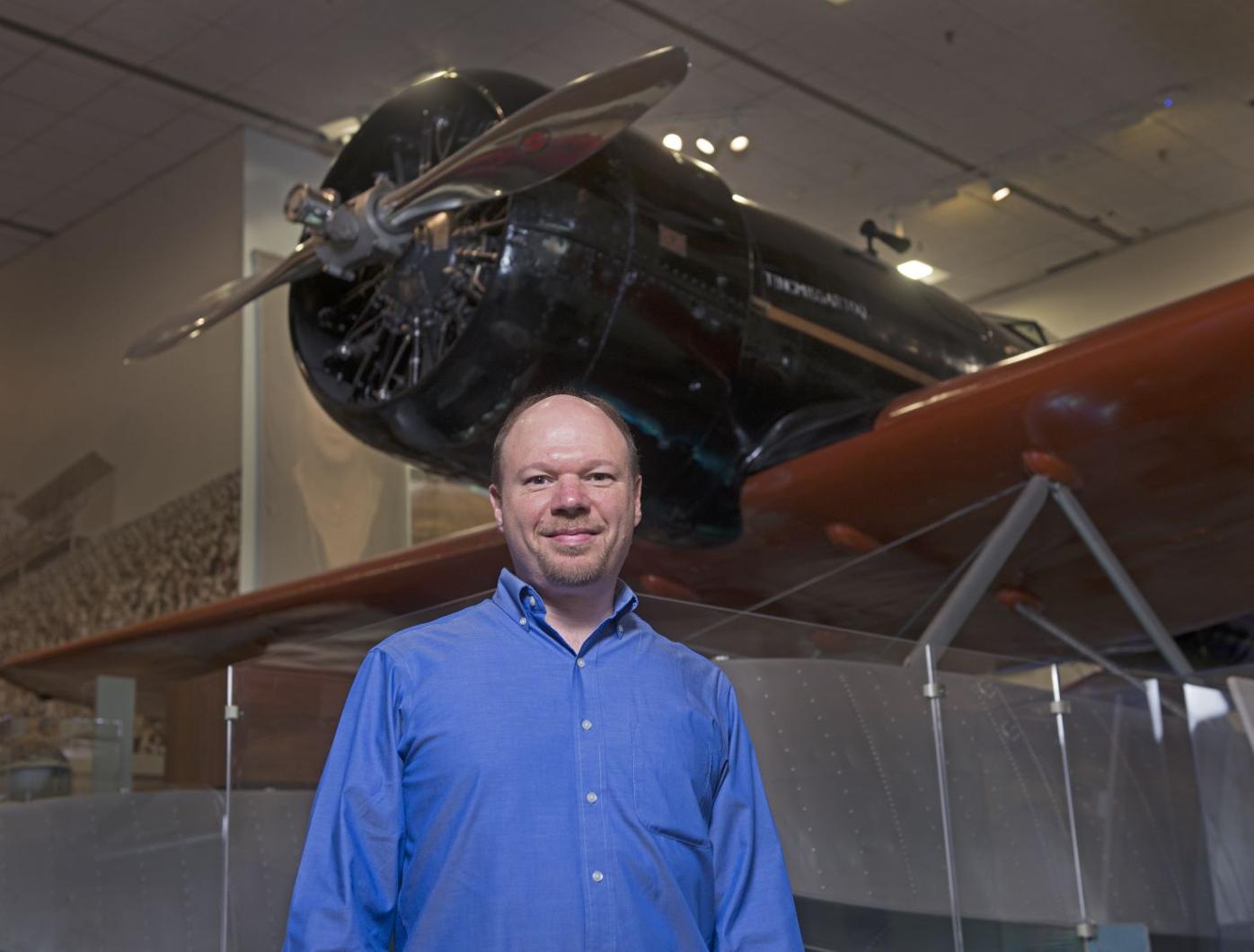 Tim Grove is shown with Charles Lindbergh's Tingmissartoq plane, used for world survey flights in the 1930s and the subject of a chapter in Grove's new book. 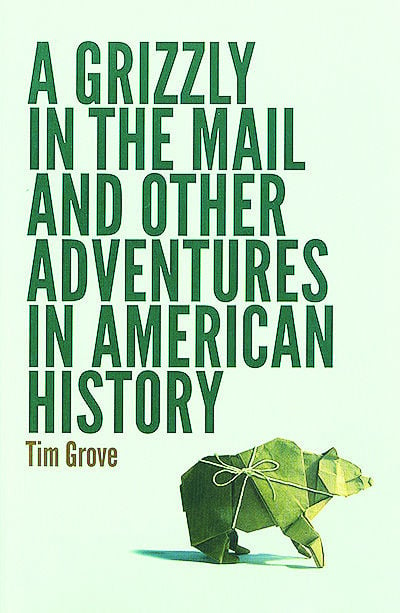 "A Grizzly in the Mail and Other Adventures in American History," written by Tim Grove, University of Nebraska Press, 242 pages, $18.95.

Tim Grove is shown with Charles Lindbergh's Tingmissartoq plane, used for world survey flights in the 1930s and the subject of a chapter in Grove's new book.

"A Grizzly in the Mail and Other Adventures in American History," written by Tim Grove, University of Nebraska Press, 242 pages, $18.95.

Tim Grove takes readers to work with him in his new book, "A Grizzly in the Mail and Other Adventures in American History."

The Conestoga Valley High School graduate has worked at some fascinating places: Colonial Williamsburg, the Missouri Historical Society and the Smithsonian, where he is now chief of museum learning at the National Air and Space Museum.

"Museum educators stand at the intersection of scholarship and the visitor," the Falls Church, Virginia, resident says. "We help ensure that content is accessible for a variety of audiences."

Grove does that by being a storyteller; his book is a compilation of stories from his museum workplaces. He tells of learning to ride a high-wheel bicycle, planting cotton on the National Mall, and harnessing a mule, explaining why these activities are relevant today.

A founder of the History Relevance Campaign, he also writes the column "History Bytes" in the quarterly publication History News. He holds a bachelor’s degree in journalism from Messiah College and a master’s degree in history from George Mason University.

What inspired you to write this book?

Friends in St. Louis, upon hearing my various adventures with Lewis & Clark (developing a national traveling exhibition on the explorers for the Missouri Historical Society), would tell me I needed to write them down. I decided they were right. ... I had such a good time writing that I decided to write about some of the other fun projects I'd worked on.

Did you really receive a grizzly in the mail, per the title?

Yes (see Chapter 12). The book’s working title for many years was "For the Love of History," which I thought articulated the essence of the book. But I came to realize that the title would not grab the attention of a broader audience, especially those people who say they don't like history. One chapter was already titled "A Grizzly in the Mail," so I did an online poll of variations of that title with a wide group of friends, and the winner ended up the official title.

My theory is it starts in the classroom. At some point in their education, people who "hate" history were forced to memorize dates and names and failed to see the fun of discovery and exploration that is part of a historian's job. Some people claim they just don't care about what happened in the past, but they need to see how everything about the present is informed by what happened before.

What advice do you have for people who like history so much they want to make a career out of it?

I am living proof that students of history can get a job in the history field. The key components are: a graduate degree — for most professional history jobs, it helps to have a master's degree in a history-related area; perseverance with a capital P; internships — don't hesitate to work at unpaid internships if you can afford it ... or volunteer as a docent, show that you want to be at work in the field; informational interviews — network, network, network — many people get jobs through networking and meeting new people through interviews.

What would do if you didn't have a job?

What books are you working on?

My next book will be published in April 2015 by Abrams Books and is about the first flight around the world, a fascinating adventure story. It features a plane in the National Air and Space Museum collection and is based on a journal of one of the men who completed the journey. It includes 100-plus photos from the NASM archives taken on the trip.

I do hope one day to write a book that uses my grandfather's journals from a Lancaster farm from the 1920s to the 1960s.

If you could time-travel, where would you go?

I might visit Thomas Jefferson at Monticello or George Washington at Mount Vernon or Benjamin Franklin in London or my grandparents on their Lancaster farm or my relatives on their Virginia farm prior to the Civil War.