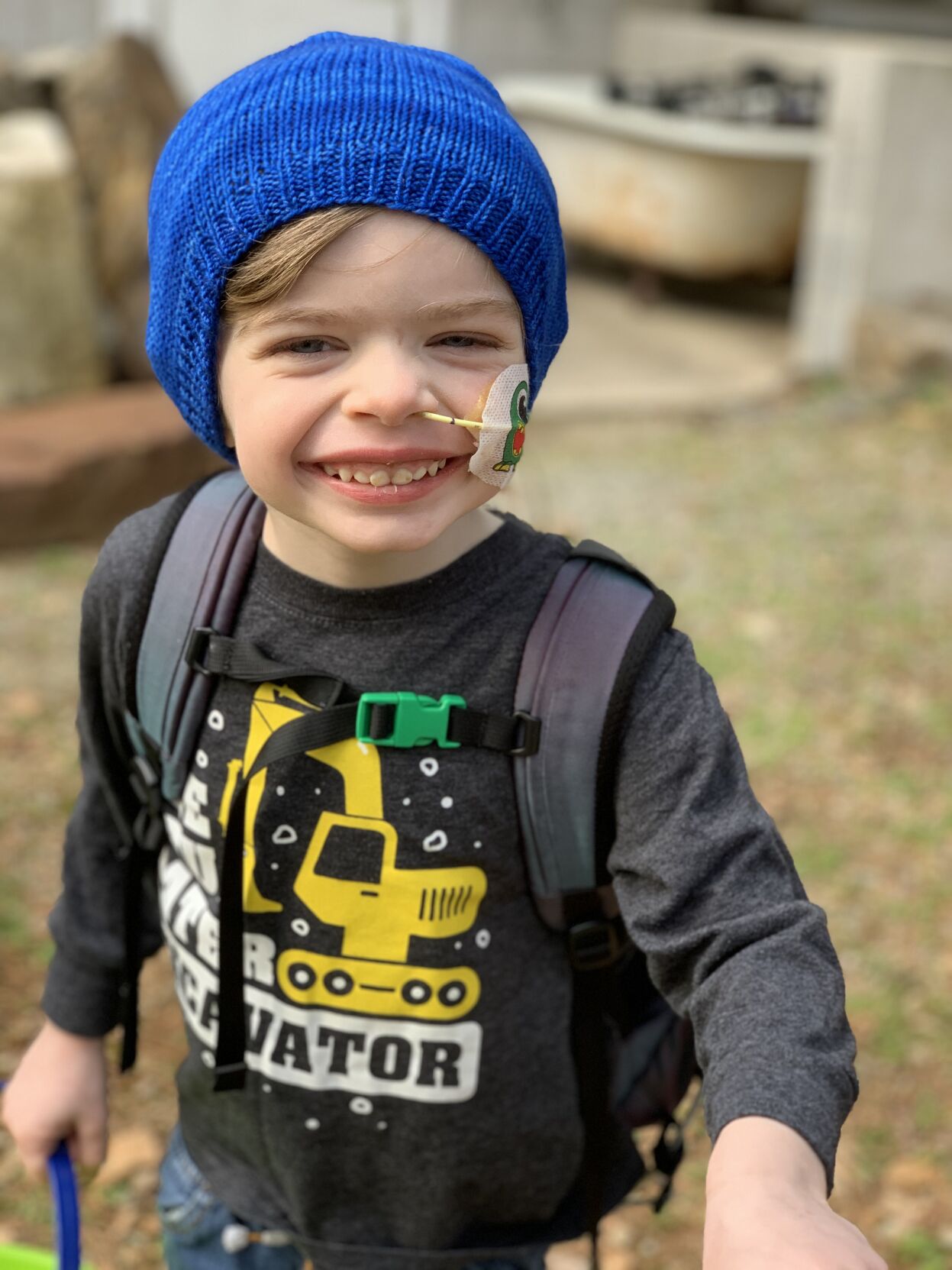 Zachary Reesey underwent a heart transplant when he was 4 years old. 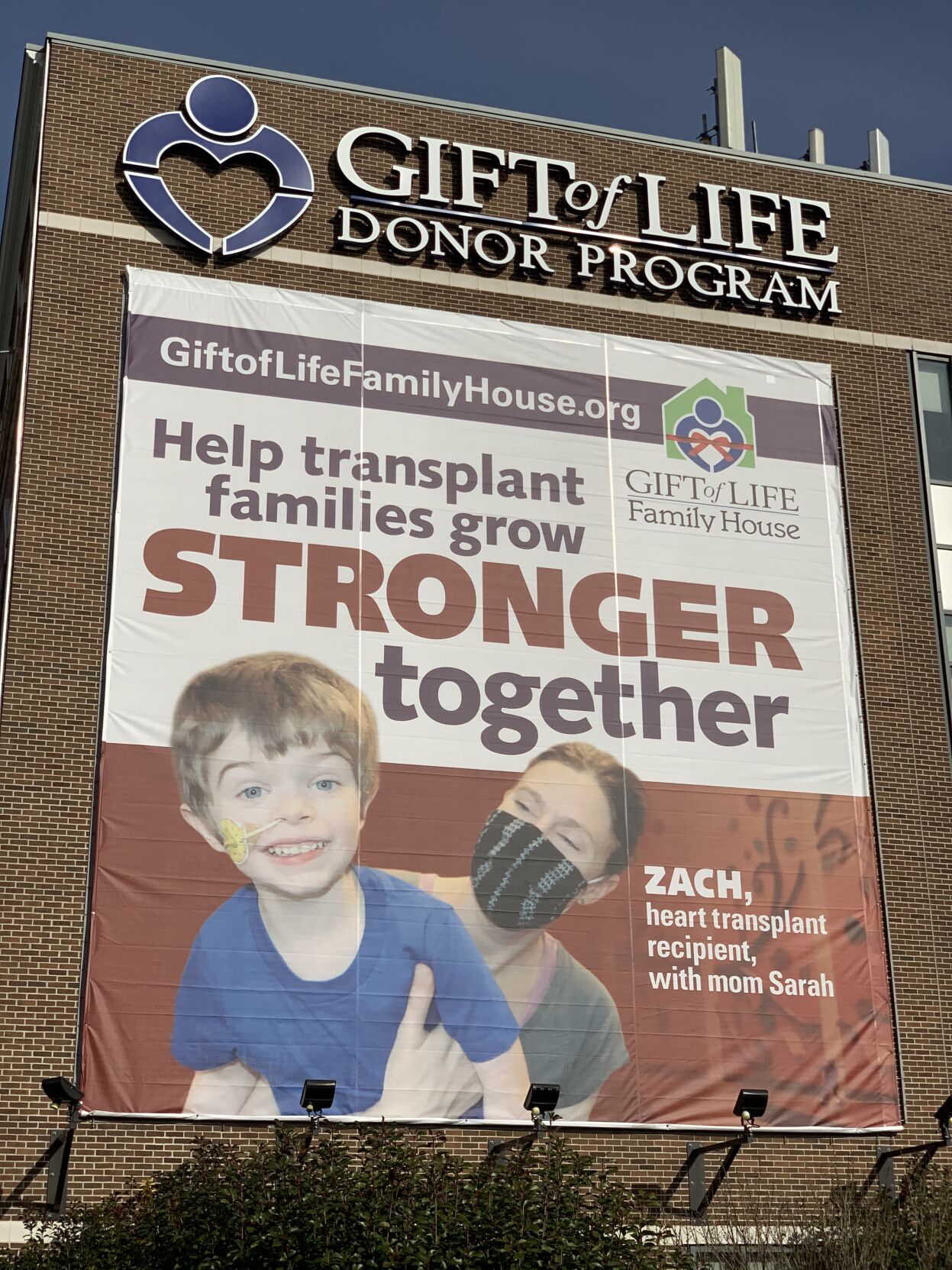 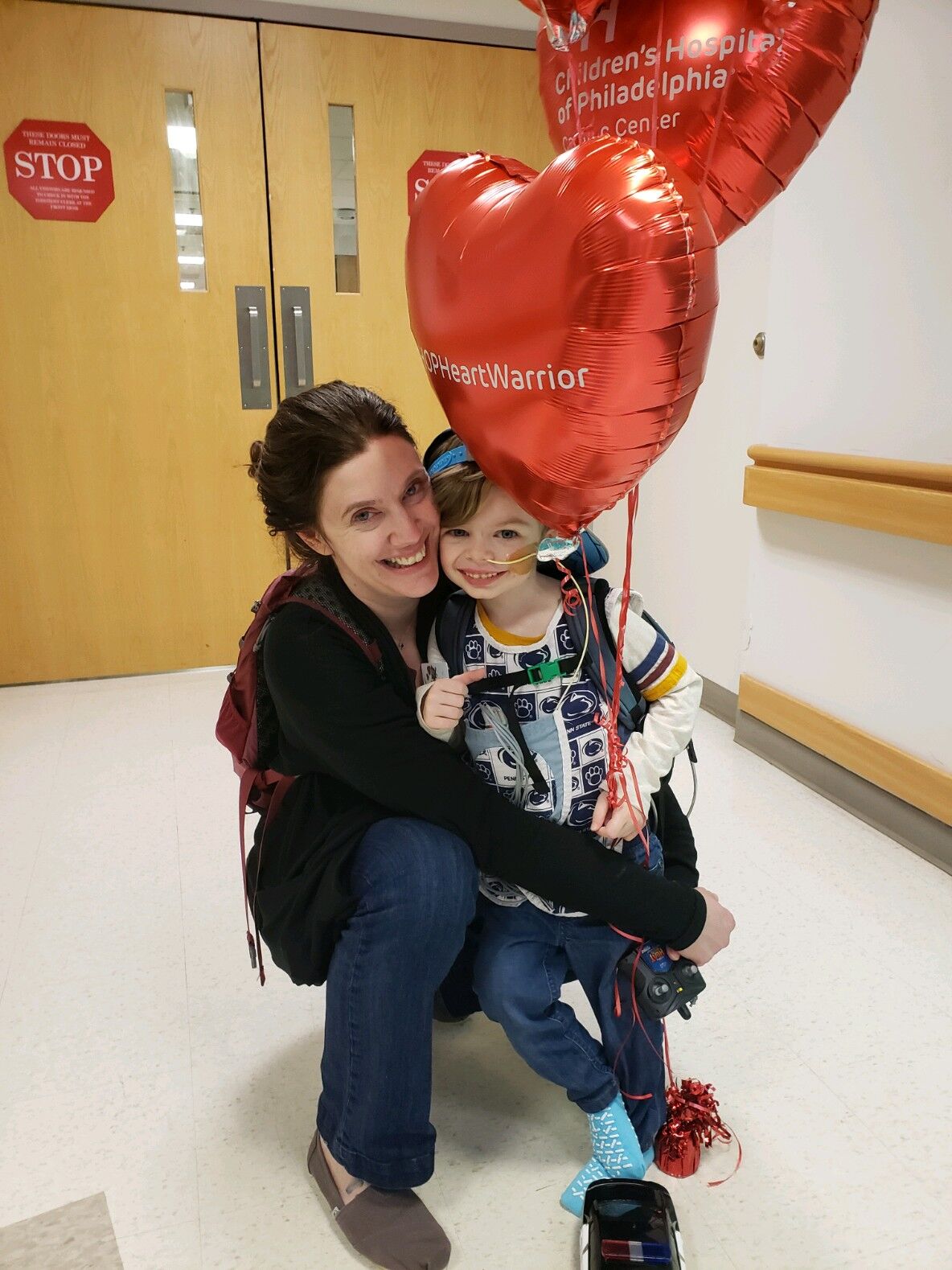 Sarah Reesey rests her head against her 5-year-old son’s chest and hears a heartbeat.

“It’s not the heart he was born with,” she knows. But she believes it’s “the heart of an angel.”

Zachary was 4 when he underwent heart transplant surgery. It was the culmination of a yearlong journey that involved myriad doctors at multiple hospitals and Gift of Life, the organization that connects organ donors with patients who need them.

Reesey, a nurse at Penn Medicine Lancaster General Health who lives in Delta, York County, already knew about the donor program, but she’s incredulous at the team that worked to ensure her son had this transplant “to give him a second chance, even during a pandemic.”

“We were waiting for a heart transplant for our previously perfectly healthy 4-year-old. During a global pandemic,” Reesey says. “I didn’t think anything could get worse than that. The fact that people were still going out and doing everything that they needed to do (to save his life) is incredible.”

Zachary's healthy life changed one day at the movies when a headache sent him home. His diagnosis of a double ear infection turned out to be Kawasaki disease. In rare cases, the disease causes aneurysms in the heart’s arteries.

Zachary was the rare one. He had aneurysms in all four coronaries. He went from LGH to Children’s Hospital of Philadelphia by ambulance and ended up spending the summer of 2019 there under the care of a cardiology team.

Dr. Matthew O’Connor, a Lancaster native who is now CHOP’s medical director of heart transplant and ventricular assist device programs knew the condition was irreversible. During Zachary’s stay, he had had a heart attack, went into cardiac arrest and had been on intravenous without improvement. So O’Connor suggested a path that would change the Reeseys’ lives.

“He said it was time we addressed the elephant in the room and put Zachary in as a heart transplant candidate,” Reesey recalls. As a nurse, she had thought about that possibility but her husband, Sean, “looked like a deer in the headlights.”

“That’s a jarring moment,” O’Connor says. “All parents instinctively know that things are going to be different after that.”

The wait would take about a year and more medical emergencies, but the Reeseys didn't know that yet. They went home with Zachary, now monitored by an internal defibrillator.

The Gift of Life

The Gift of Life Donor Program is the nonprofit, federally designated organ procurement organization for the eastern half of Pennsylvania, southern New Jersey and Delaware. It partners with 128 hospitals including CHOP and Lancaster General Hospital.

President and CEO Howard Nathan started at Gift of Life in 1978 as a transplant coordinator. He said the job has changed little in 43 years, but the organization has grown. Advances in medicine, public acceptance of the program and legislation such as the driver’s license organ donation option helped it succeed.

To get children like Zachary a heart, a Gift of Life transplant coordinator gets a call on a moment’s notice “at or near the time a person dies because their brain function has ceased,” Nathan explains.

The coordinator travels to the hospital, usually to the intensive care unit, to assess suitability because not everyone who chooses to donate can. COVID-19 rules them out if they were positive less than 29 days before, as do disease or lack of function. Just 2% of people who die in a hospital are suitable organ donors, Nathan says.

Shortly after going home, Zachary’s heart stopped, but the defibrillator zapped it back. He returned to CHOP intermittently and spent Christmas 2019 there while his parents stayed in the Gift of Life Family House, which offers support and lodging for families as they await organ transplants.

“Family House became a second home for us,” Reesey remembers.

While there, Zachary received a left ventricular assist device to help his left ventricle pump blood from his heart. That operation was difficult.

“I couldn’t hold him for nine days,” Reesey says. But the device allowed her son to do more than just sleep. He enjoyed food again and had energy to play, even while he carried his ventricular assist device battery in a backpack specially designed for his small frame.

Waiting for the call

After four happy weeks at home, Zachary was rushed to LGH with a headache and other symptoms caused by a brain bleed. Fog prevented transport to CHOP, so an adult neurosurgeon performed an emergency craniotomy at LGH. Fortunately, a collaborative agreement between Penn Medicine Lancaster General Health and CHOP, meant LGH had already been notified that a 4-year-old with a ventricular assist device lived nearby and might show up there.

When he did, the one who greeted them and kept them informed during the procedure was the same pediatric doctor at LGH who initially diagnosed Zachary’s heart problem.

“Dr. (Alexandra) Solosko already knew all about him,” Reesey says. “She was a comfort because she had been through this journey with me.”

As soon as possible, Zachary was transferred to CHOP, underwent a second craniotomy and began another extended stay in March 2020. Reesey and Sean took turns staying with Zachary and driving one hour, 45-minutes to and from their home in York.

Zachary's stay at CHOP began just at the time COVID-19 hit in March 2020. He was kept safe. Reesey, who worked on the oncology floor where COVID-19 patients are not allowed, took every precaution. But she was exposed once.

At that point, “I was ready to jump off a bridge,” she says. “I was worried I’d exposed him or delay his chances of getting a heart. Thankfully, a clinical nurse at CHOP talked me off the ledge.” Reesey had had her personal protective equipment in place during the interaction, and the patient had been asymptomatic.

Finally, in July, the call finally came. A new heart was available for Zachary.

Reesey was at work when she received the call. She cried, joyful, yet knowing on a deeper level that the Gift of Life transplant coordinator had met with the family of a like-sized donor, a child, whose doctors had done everything to save, but could do no more.

Sarah and Sean sat outdoors in a garden area through the night, holding on to hope, trusting the transplant team, praying for their child and for the donor’s family. After surgery, the doctor told them, “Your team did right by you because this (heart) was a perfect fit.”

Back in the ICU, Reesey recalls, “Beautiful signs were all over the room. Everybody was saying congratulations. Nurses were crying. We were crying. Everybody, even if they hadn't taken care of him, was congratulatory. I said to my husband, ‘I feel like we just had a baby.’ ”

That second chance to have her baby came, she says, “because of the kindness of a complete and total stranger saying yes to donation.”

Zachary’s journey lasted 18 months, and will continue into adulthood with regular checkups. The teams of people who enabled him to live after heart attack, stroke, seizure, two craniotomies and a heart transplant included health care workers at CHOP, LGH, Gift of Life Donor Program and Family House.

“We all work with the same goal: to get this child who’s got severe heart failure with severe symptoms from being confined in the hospital to home and back to their normal quality of life,” O’Connor says.

And that's the hope for Zachary, too. Reesey says her son will return to Bridges Montessori School in Maryland for a summer program, and in the fall for a program for 3- to 6-year-olds.

Reesey says she’s humbled by that outpouring of support for her family, but it’s the donor’s family always at the back of their minds.

“During Zach’s prayers at night, without bringing too much attention to it from his perspective, there's this strong spiritual sense (of thanks) that we have this gift,” Reesey says. “We promise to honor and cherish this gift, and to take absolutely as good care of it as we possibly ever can.”

'We can find a purpose': How mindfulness, spirituality can help those struggling during the pandemic

For many, 2020 has been an eventful year filled to the brim with lifestyle changes — some ha…

The virtual festival spans three weeks with discussions and readings.

Explore the winter landscape at Longwood Gardens: at rest, but not asleep [photos, video]

At Longwood Gardens, the focus is on the winter landscape: at rest, but not asleep.

GIFT OF LIFE, BY THE NUMBERS

Gift of Life serves the eastern half of Pennsylvania, southern New Jersey and Delaware. Here’s how organ donations affected those living in the nonprofit’s coverage area in 2020.

But, the work is far from over.

Since her life was changed by teacher’s gift, she values in-person learning [I Know a Story column]

In the midst of this pandemic, America continues to be in crisis mode as to the feasibility of reopening some of our nation’s schools safely w…

Elders and disabled persons, beware! There are evil people in the world who are out to steal your money and your identity. They really couldn’…