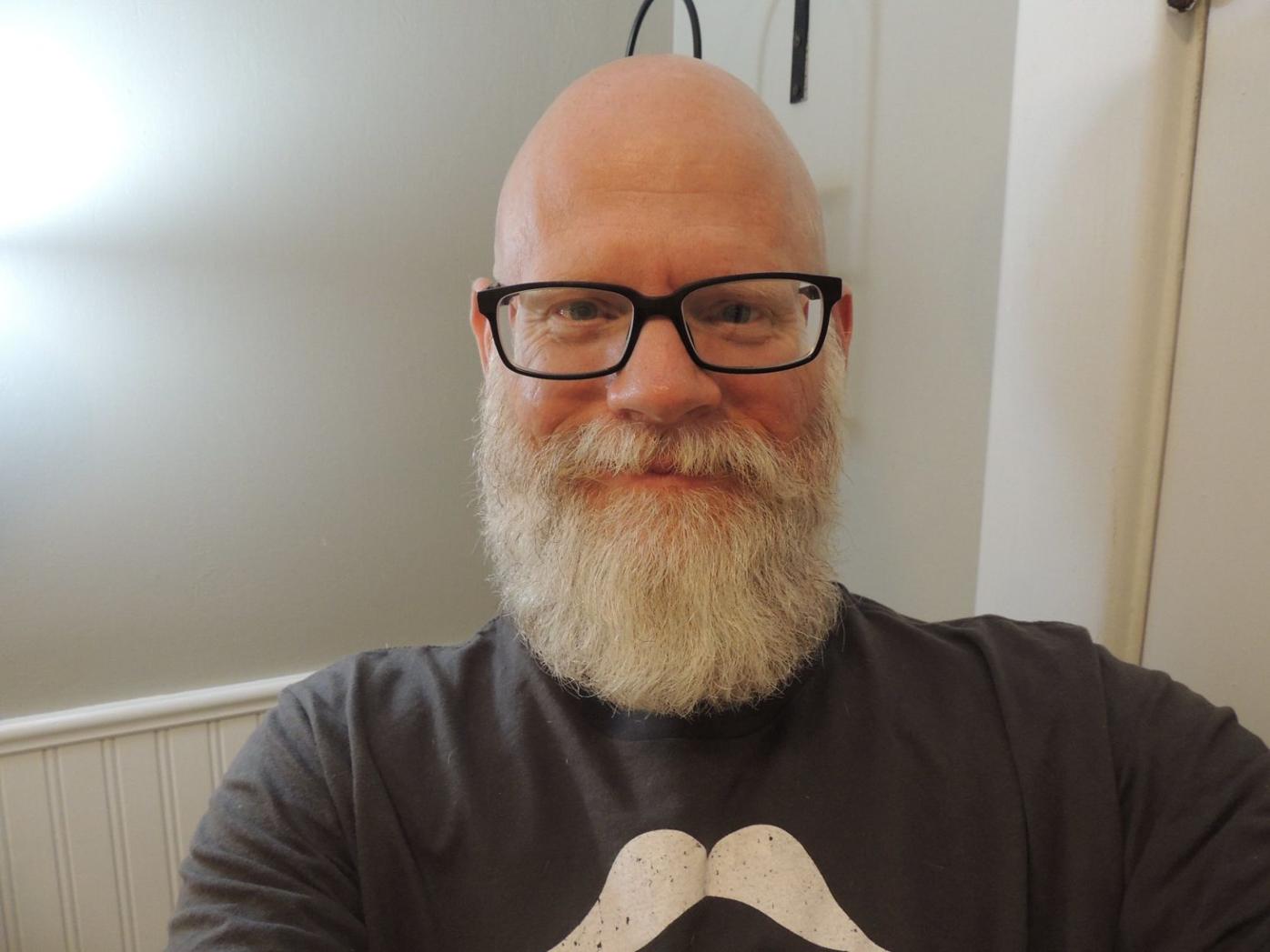 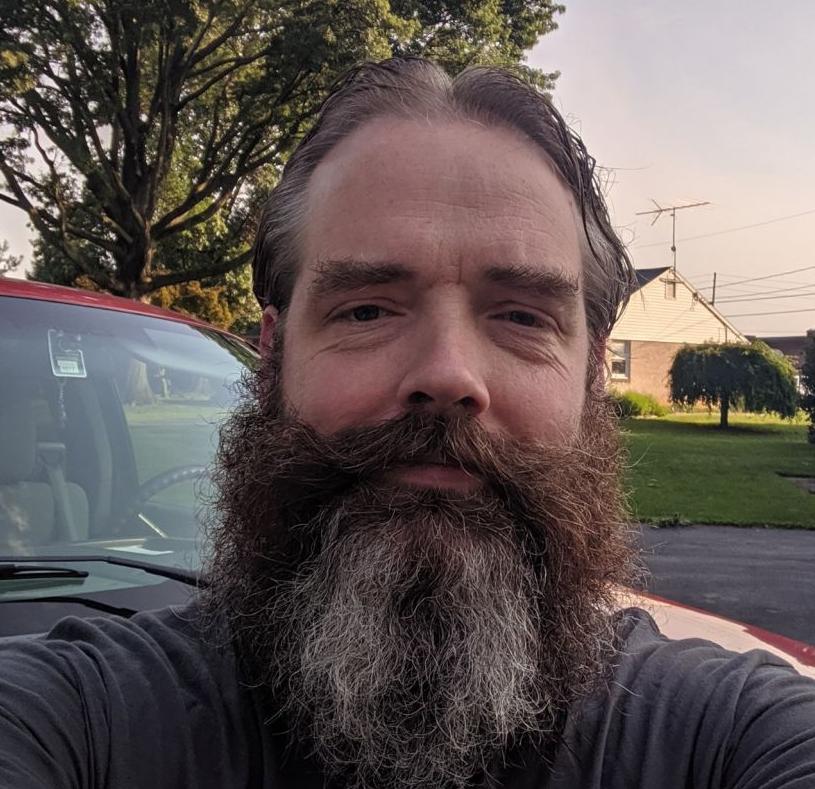 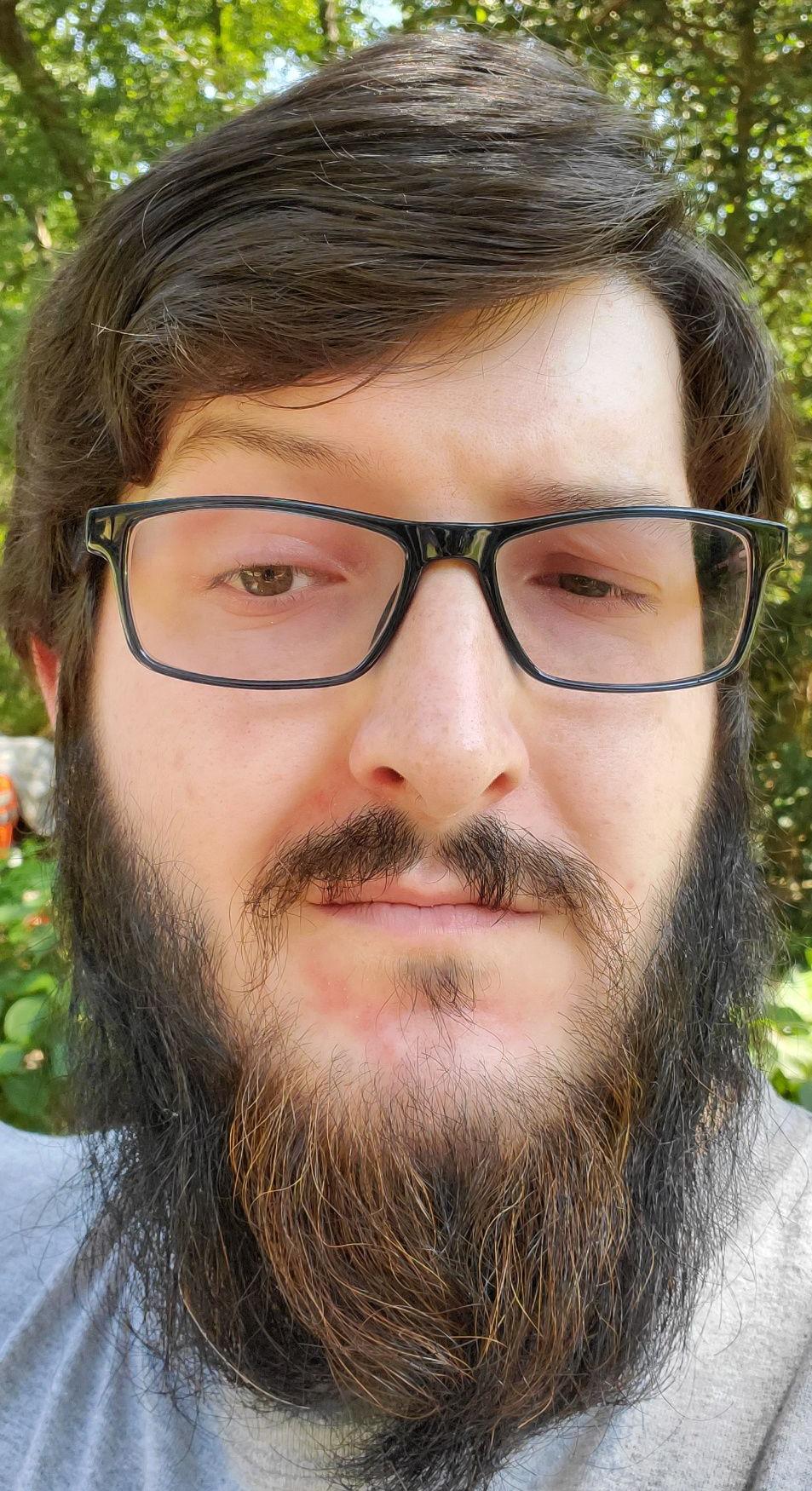 When Mike Shank was approached by Mark Story late in 2018, he had an idea that an unusual pitch was coming his way.

Late last year, Story asked friends and acquaintances to volunteer to grow beards for portions or all of 2019 as a fundraiser for the ministry. The beard growers were asked to obtain sponsors with a goal of raising a total of $15,000. The funds will be used to help Christian outlets in 25 nations around the world buy broadcast time on radio stations in their home countries to help spread the Gospel.

Story admitted that he sometimes comes up with wacky ideas. “And that,” Shank said, “was included in his pitch.”

Sixteen men signed up for the challenge — some for three months, others for six and the rest for the full year.

Shank said he spoke with his supervisor at the school and his wife before agreeing to participate.

He received his boss’s approval. As for his wife, “She was OK, I guess,” he said.

The day before the contest began on Jan.4, Shank shaved off his goatee. Since then, he has allowed his facial hair to grow with a goal of reaching Jan. 4, 2020, with a full face of hair.

He said the summer heat has not bothered his beard, but the mustache has gotten in the way of eating.

In a followup email, Shank noted that his niece said he looks like “a skinny Santa Claus while my son said I look like the Lorax from Dr. Seuss. A former student gasped and said I looked like Papa Smurf. Right now my biggest challenge is growing out my mustache so I can swoop it handlebar style away from lips. The longer it gets, the more it gets in the way.”

Abe Riggin faced a dilemma this summer. While he admits the beard  has gotten “a little warm,” he was more concerned about appearing in a friend’s wedding.

Riggin, who will graduate from Lancaster Bible College in December,  told the couple about his year-long beard pledge and volunteered to trim his growth. But, he said,  they were fine with his beard.

Riggin normally has some facial hair. But he wanted a clean start for the contest, so he, too,  shaved his face the day before the contest began.

“I normally keep a beard so it was weird not have one,” he said.

Riggin, who is from Crisfield, Maryland, was approached at Lancaster Bible College by Story’s daughter, Moriah, to take part in Year Beard.

Like Shank, he is determined to make it to next year before trimming his growth.

Even though he met his goal, Micah Story still has a beard.

Story, senior systems analyst at Lancaster Bible College, who signed up for a six-month pledge, has had a beard for years. But before this latest mission began, he shaved it off to begin anew.

Within months, the new beard had surpassed his prior growth.

In early July, he called Main Street Barber in Leola to set up an appointment.

“I explained what we were working on,” he said, “and it was a lot of fun to see the guys get excited about an almost seven-month beard walking in and then getting it groomed and styled.”

He met his goal of $600 by contacting friends personally and via Facebook.

Final judging will take place on Jan. 4 in Chambersburg. It will include awards for best beard, longest beard and a “best try” category.

When Guatemalan Jeffrey Barrera arrived in Veracruz, Mexico, in early July, he sought out MacGregor Henrichsen, of Manheim Township.

The ‘Old-Fashioned Revival Hour’ concert to return to Calvary Church

A year ago, Lamar Dourte assembled a cast and chorus to re-create the “Old-Fashioned Revival Hour” radio broadcasts hosted by the Rev. Charles…

Throughout 2019, a total of 16 men took part in a yearlong “Year Beard” competition to raise funds for The Tide radio ministry based in Chambe…