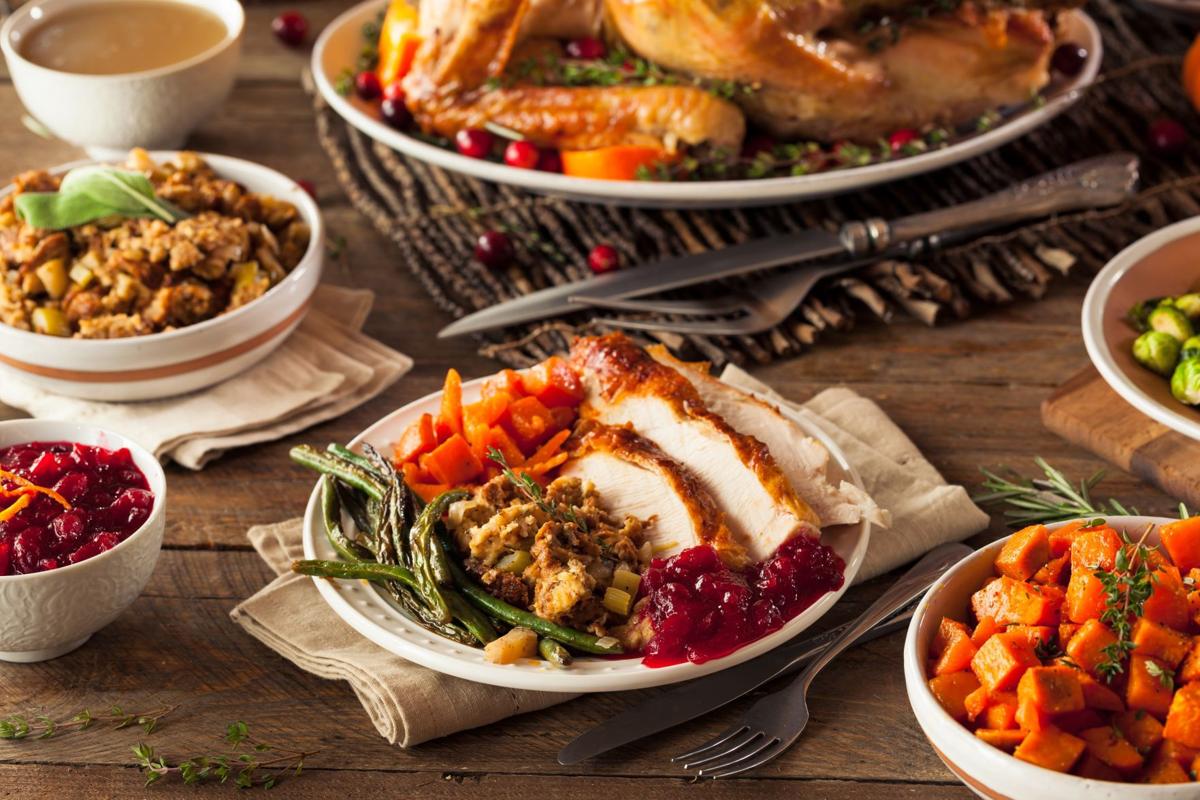 A big Thanksgiving meal doesn’t have to ruin your healthy eating for the holiday weekend. Nutritionists suggest making healthy food substitutions, controlling your portions and getting some exercise after the meal. 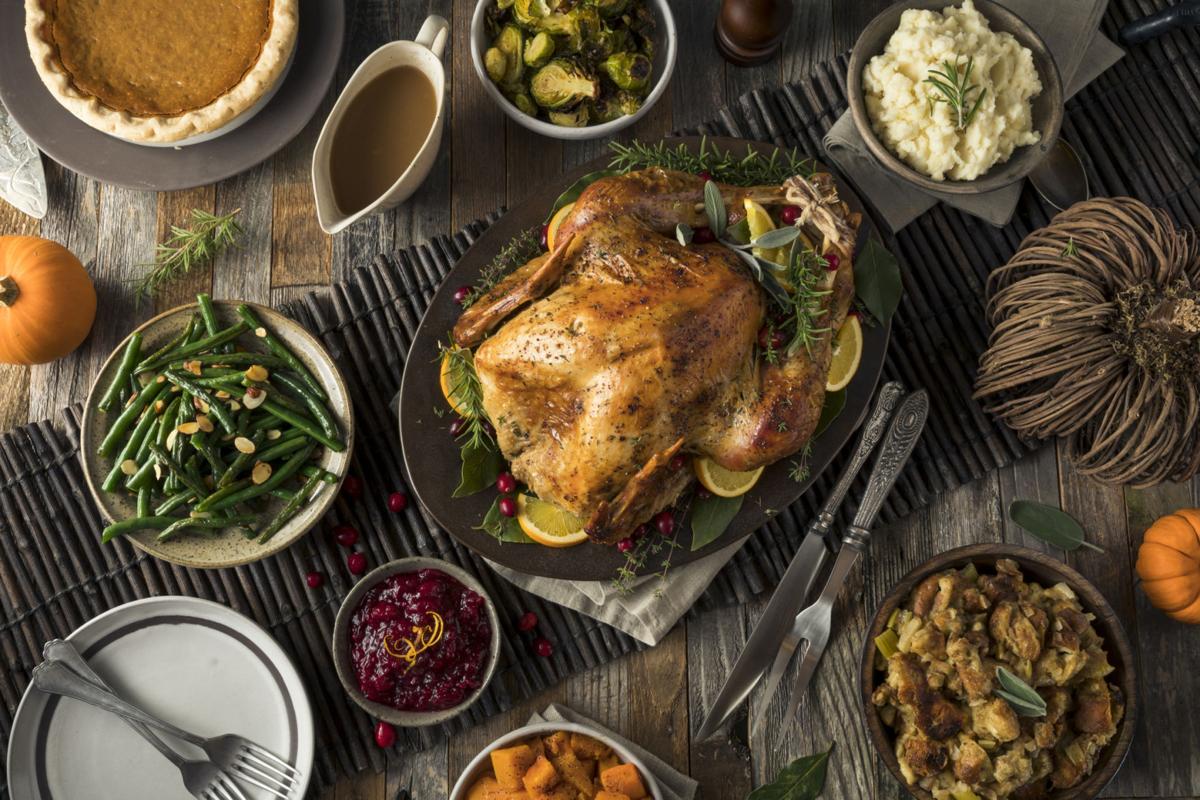 Homemade Thanksgiving Turkey Dinner with All the Sides 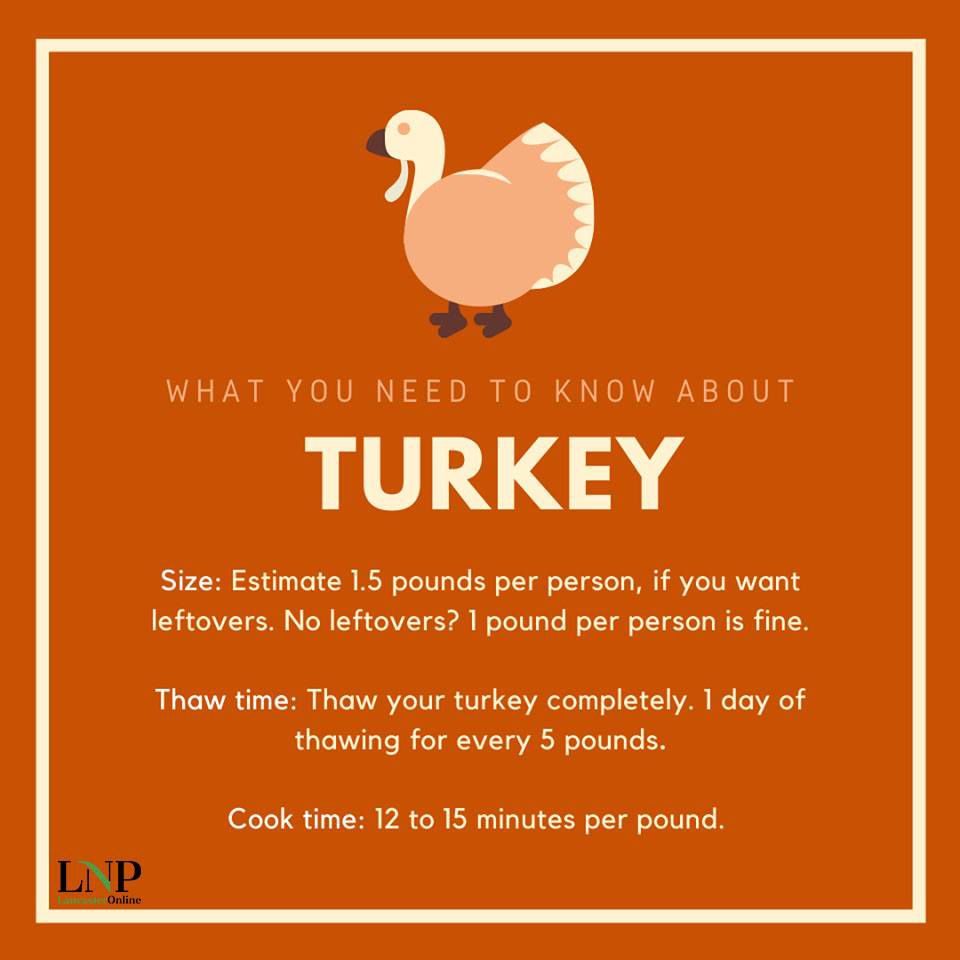 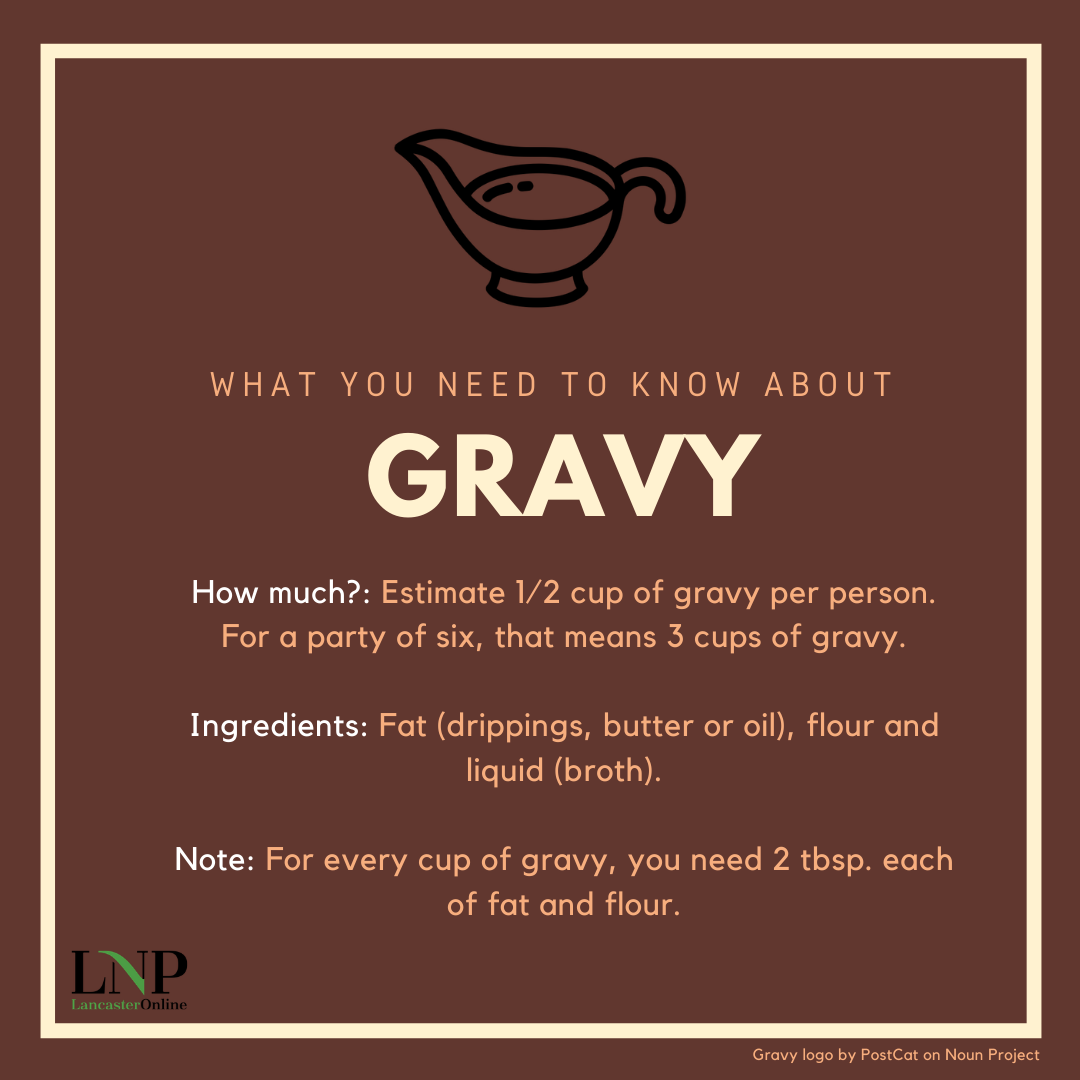 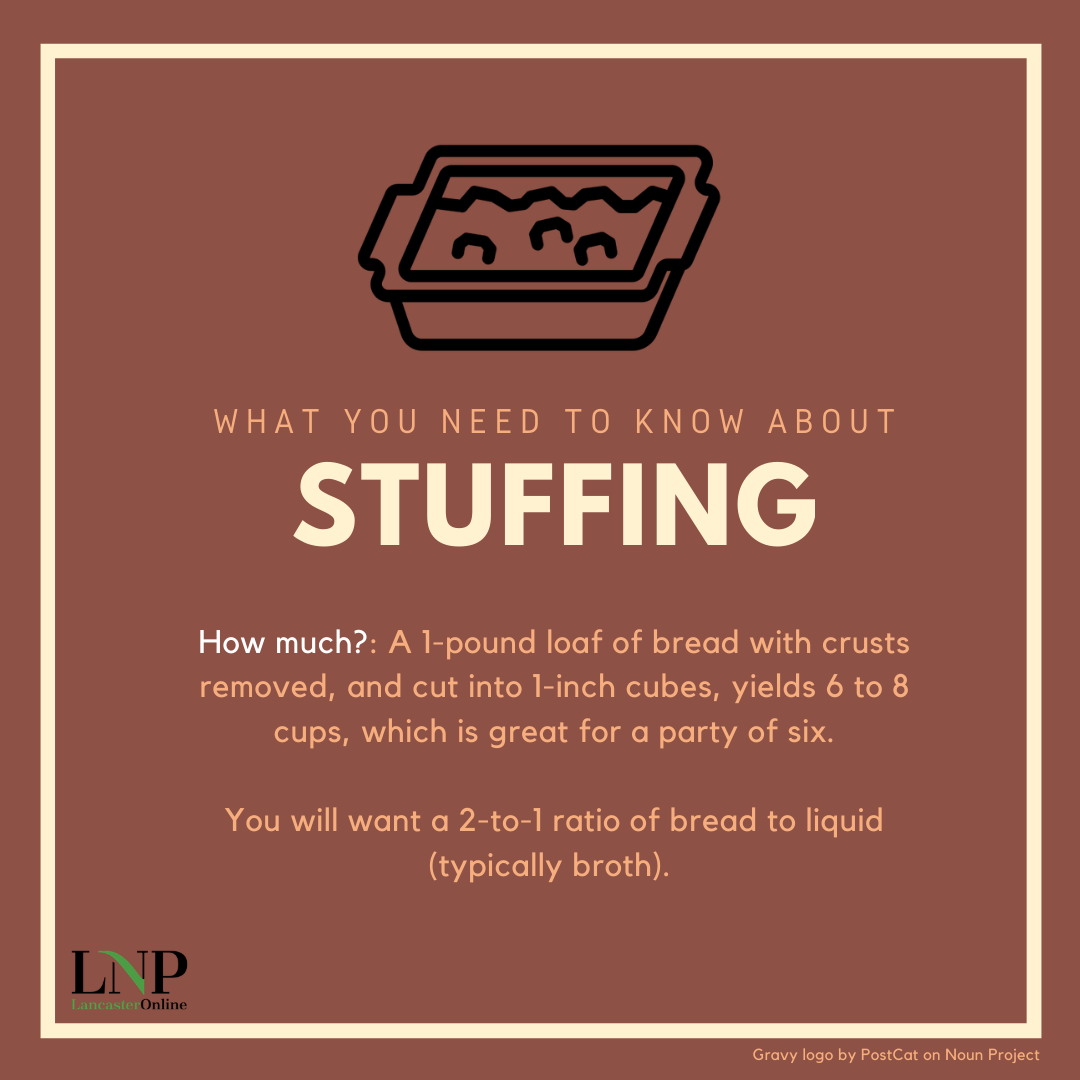 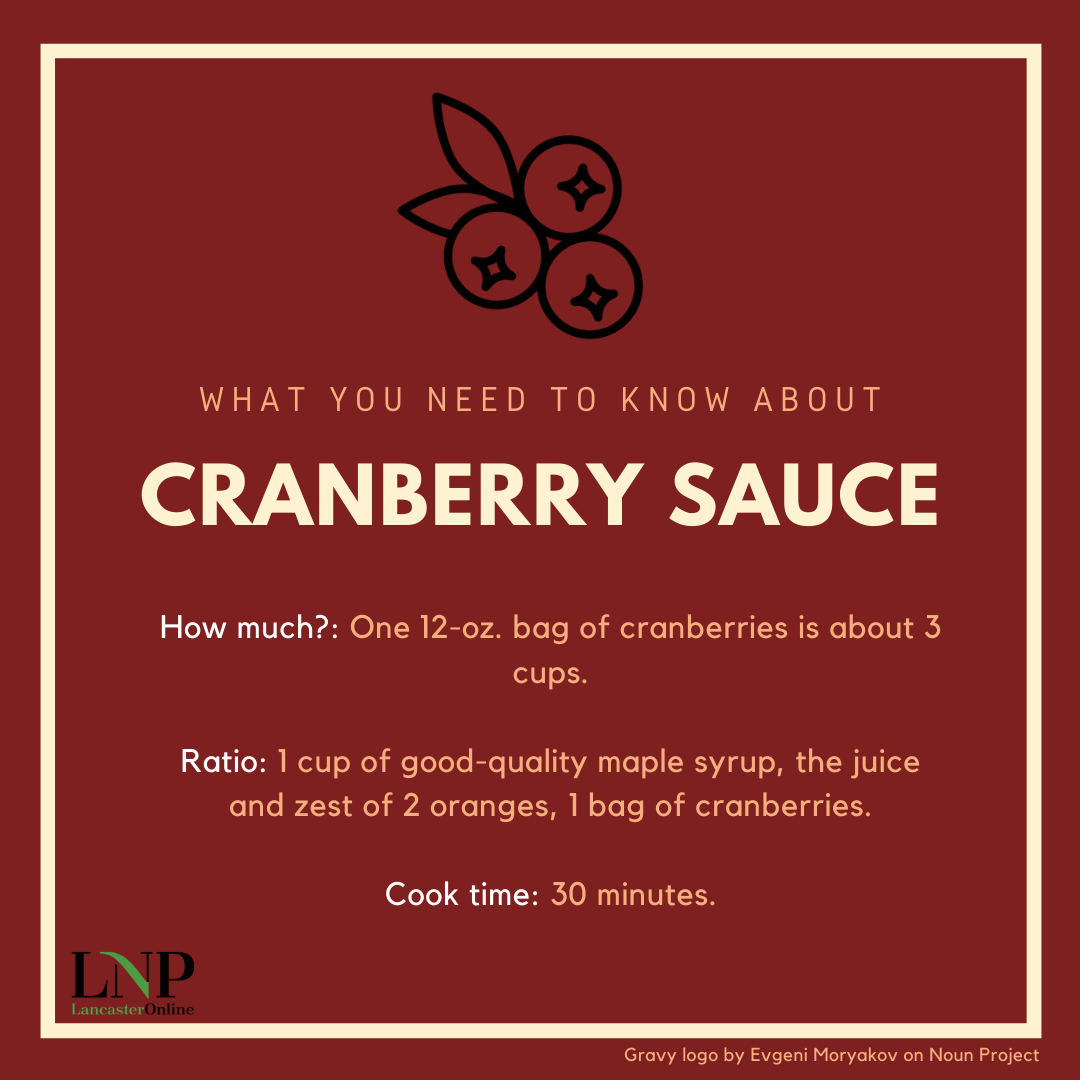 A big Thanksgiving meal doesn’t have to ruin your healthy eating for the holiday weekend. Nutritionists suggest making healthy food substitutions, controlling your portions and getting some exercise after the meal.

Homemade Thanksgiving Turkey Dinner with All the Sides

Over the past 30 years, I've cooked more Thanksgiving feasts than I can count, both as a home cook and as a working chef. I've flambéed, brined and dry-rubbed the turkey. I've cooked for 50 and I've cooked for just me. I've catered, delivered and volunteered. I've done how-to videos and call-in radio shows. In a previous life as a cooking columnist at washingtonpost.com, I've counseled the most nervous of Thanksgiving newbies.

No matter how many folks you're hosting, or if it's your first time or your 10th, here's my two cents: Do the math.

It's the one guiding principle that I've learned after years of practice, and how I plan my Thanksgiving menus without a hitch (well, unless your oven goes kaput while the turkey is roasting, which did happen to me in 2008). Fire up those calculators!

Looking for Thanksgiving feasts in Lancaster? Here are a dozen, from vegan to high tea to a ball [updated]

Oven temperature: Preheat the oven to 425 F. Roast the turkey at this temperature for 30 minutes. Reduce the heat to 350 for the remaining time.

Note: An oven thermometer is a handy way to test the accuracy of your oven. Look for one at your local hardware store.

By the numbers: Turkey

- 165: Don't let the timer be your only gauge for doneness. Take the turkey's temperature with an internal meat thermometer. Your turkey is done when the thermometer, inserted in the inner thigh (the part closest to the breast), reads 165 F. For stuffed turkeys, the stuffing in the cavity should also read 165 F.

- 30: Once the turkey is done, it needs to rest for about 30 minutes before you can carve.

- 1: One of the most common rookie mistakes is (under)seasoning the turkey. Here's a good rule of thumb: Use 1 teaspoon salt for every 1 ½ pounds. (FYI: 3 teaspoons equal 1 tablespoon.) Measure out the salt and place in a small cup. Pat the turkey dry inside and out with a paper towel, then rub salt all over, inside and out.

So for that party of six, 3 cups of gravy means:

Note: Stuffing can be made in advance, but it must be completely cooled and refrigerated before it can go inside a raw turkey.

Also known as broth, stock is the foundation of flavor for the classic Thanksgiving sides. It truly is the special sauce, the thing that makes the gravy and stuffing zing.

The imaginary party of six needs 6 to 8 cups (about 2 quarts) of broth for gravy and stuffing.

If you buy a box or can of broth off the supermarket shelf, read the label for sodium. Salty broth makes for salty holiday sides.

Keep in mind that store-bought stock tastes like, well, not homemade.

- 1 pound chicken feet OR 2 pounds combination of chicken backs and wings, rinsed and cleaned as need

- Enough cold water to cover, plus 2 inches (for this much chicken, about 8 cups)

1. Place everything in a large pot. Bring up to a boil and with a slotted spoon, remove the foam that rises to the top. You'll notice that the foam is attracted to the chlorophyll in the leeks and parsley and works as a stock purifier.

2. Reduce the heat to medium-low, cover and cook at simmer for a minimum of 2 hours (and up to 4). The longer you cook the chicken parts, the deeper the flavor. Completely cool, strain, and refrigerate or freeze.

Despite what the internet tells you, it is not an all-day affair.

The Mechanics of Gravy

Once you've done broth calculations, get it good and hot in a saucepan and keep covered over low heat. Hot broth is vital for both gravy and stuffing.

You can always start with turkey drippings and make gravy in the same pan in which the turkey roasted. But if drippings are minimal, burned or overly salty (or you're making meatless gravy), use butter or oil.

Place flour in a small bowl. Add a ladleful of hot broth and whisk with a fork until the mixture is a smooth paste.

Watch the Christmas tree go up in downtown Lancaster [video]

In absence of drippings, place butter or oil in a 10- or 12-inch skillet over medium heat, tilting the pan until the surface is coated. Add the flour mixture, stirring until completely incorporated. Let the roux cook for about 1 minute, until it bubbles.

Gradually add the hot broth to the roux, one ladle at a time, and let the gravy come to a gentle boil. Reduce the heat and cook at a gentle simmer. Feel free to season with fresh thyme and rosemary sprigs. The gravy should thicken pretty quickly. Season with salt and pepper before serving. Gently reheat.

Whether you buy prepared bread cubes or make them yourself, they should be crisp and dry like croutons so that they more readily absorb the broth. To crisp, place cubes on a sheet pan and into a 200-degree oven until dried (but not burned), about 20 minutes.

As with gravy, get your broth good and hot in a saucepan and keep covered over low heat.

In a large skillet or pot that can accommodate your many cups of bread cubes, heat a few tablespoons of oil and sauté a handful or two of aromatics — things like chopped onion or leeks, celery, fennel, bell pepper, garlic. Whatever you decide, make sure the vegetables are around the same size so that they cook evenly. Cook until softened, 5 to 7 minutes. Gradually add the bread cubes, turning until coated with the aromatics. Add a hearty handful of finely chopped fresh herbs - parsley, sage, rosemary.

Ladle the hot broth over the bread cubes, waiting to add more until the liquid has been absorbed. Add liquid until you are satisfied with the moisture quotient — and remember, you can always add more, but you cannot take it away. Taste for salt and pepper, adding as needed. Maybe it needs a little heat with red pepper flakes or the perk of a few squeezes of a lemon half.

Pour the mixture into a greased casserole dish and bake in a 350 F oven until thoroughly warmed and a little crusty on top, about 30 minutes.

You can make stuffing in advance, cool and refrigerate, then bake on Thanksgiving.

What you need to know for Thanksgiving [photos]

Estimate ½ pound potatoes per person. For a party of six, that means 3 pounds (about 7 medium potatoes).

Clean and peel as needed and cut into quarters. Place in a medium or large saucepan fitted with a lid.

Add just enough water to cover the potatoes and season the water with salt and whole cloves of garlic. For 3 pounds of potatoes, that means about 5 cups of water, 1 tablespoon of salt and 3 cloves garlic, peeled and left whole.

Cover and bring the potatoes to a boil. Lower the heat to medium and cook the potatoes until fork tender, about 25 minutes.

Transfer the potatoes and garlic to a large bowl, reserving the cooking water. With a handheld masher or large wooden spoon, mash the potatoes and add 2 to 3 tablespoons of olive oil, which both lubricates and seasons the hot potatoes. If potatoes seem dry, gradually ladle in some of the reserved cooking water. Season with black pepper and more salt as needed. (And of course, you can swap out the oil for milk or cream, but the key is to go gradually and taste along the way.)

Chef, cookbook author and journalist Kim O'Donnel joins LNP this month as its food writer. Her work has been featured in The Washington Post, USA Today and Civil Eats. Her most recent cookbook is "PNW Veg: 100 Vegetable Recipes Inspired by the Local Bounty of the Pacific Northwest."

Grisham out as press secretary, will head first lady's staff

65 counties in Pennsylvania have confirmed cases of COVID-19; watch how that happened (time-lapse)

Television viewers will learn the competitive fate of Ephrata's Cookie Lady on the Food Network's "Christmas Cookie Challenge" this weekend.

It's been almost 400 years since the autumn of 1621, when English settlers gathered with their new Native American neighbors in Plymouth. In t…

Live chat with LNP food writer Kim O'Donnel: How to handle the holidays, from cooking to snacking

Tis the season for snacking!

What should you do with your Thanksgiving leftovers? Try these 15 mini-recipes from our food writer

We gather and we feast, we go back for seconds and thirds, and we marvel at the bounty on our tables.