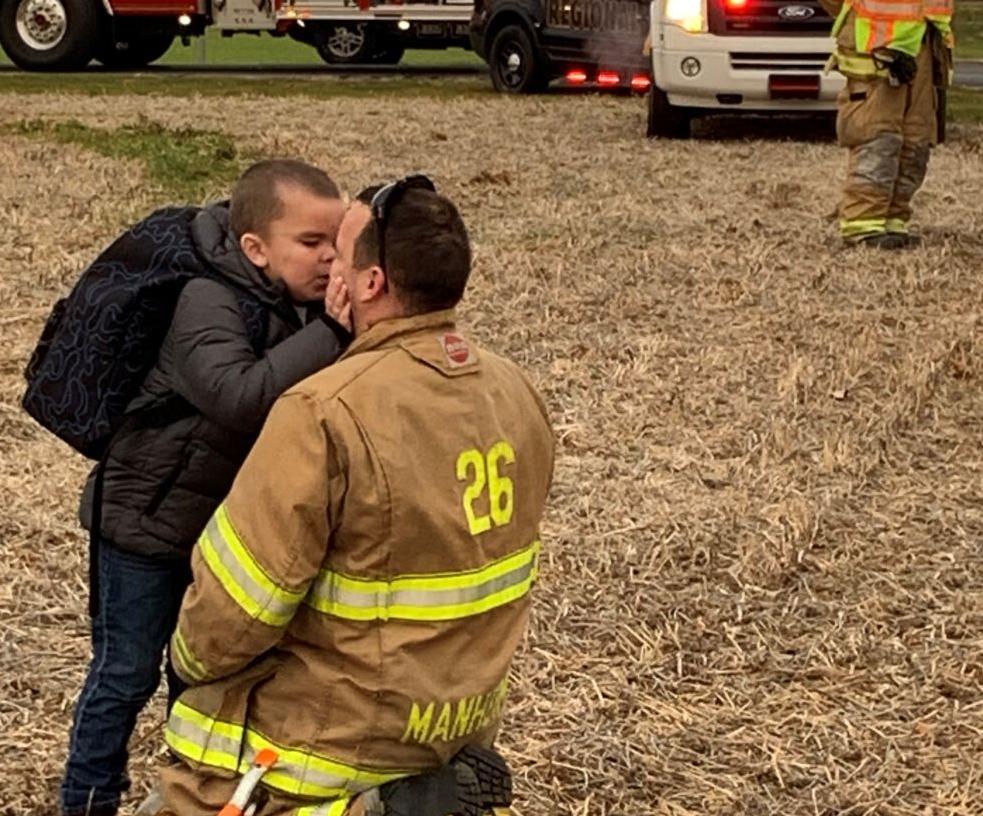 Mister Rogers said, "When I was a boy and I would see scary things in the news, my mother would say to me, ‘Look for the helpers. You will always find people who are helping.’ ” Manheim Fire Department Lt. Andy Kirchner proved to be one such helper when he comforted student Jojo Colon at the site of a school bus crash Nov. 22, 2019. 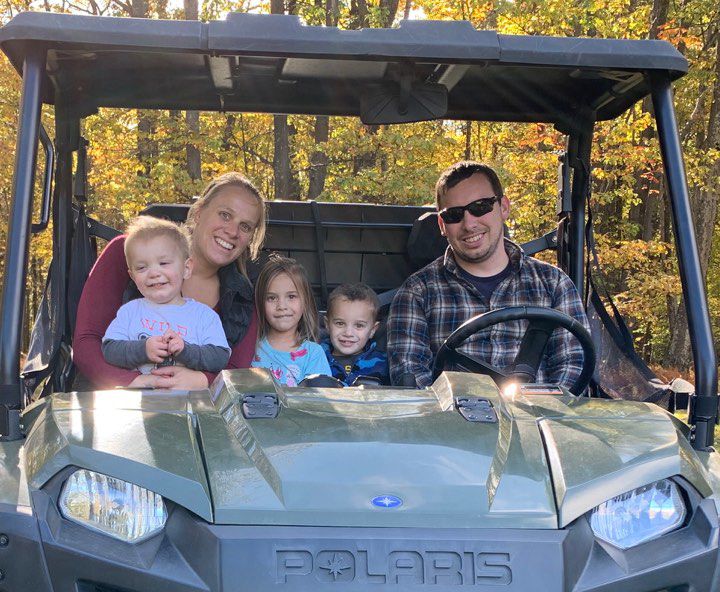 Andy Kirchner with his wife, Lindsey, and their three children. 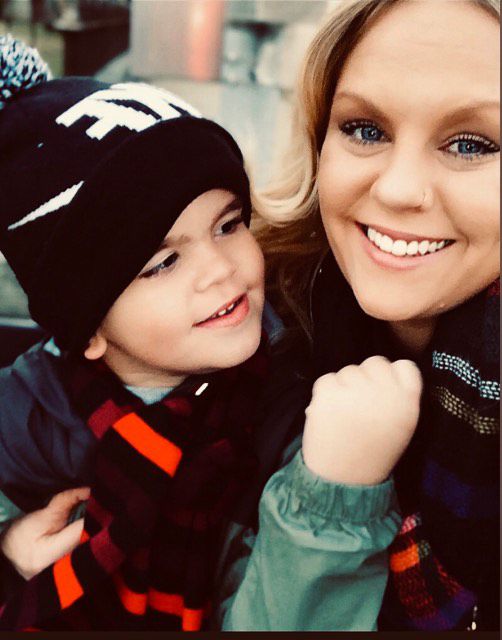 Samantha Colon and her son, Jojo.

When Manheim Fire Department Lt. Andy Kirchner approached 5-year-old Jojo Colon after a crash involving his school bus, it didn’t take him long to realize the boy was in distress.

“I went over to him, I talked to him, he didn’t talk back,” Kirchner said. And Jojo was clearly resisting being taken to an ambulance to be checked. “He was going around in circles.”

Jojo has autism. And as it happens, one of Kirchner’s own three young children was recently diagnosed with a form of autism, so he had a sense of what JoJo might need.

He took the boy a few yards away from the crash scene and knelt to get on JoJo’s level, pointing out different vehicles on the scene as the boy calmed down.

“He was standing beside me for the longest time,” Kirchner said, and then he “came around and grabbed my cheeks, squeezed them together, put his nose to my nose, closed his eyes, then backed away and said, ‘OK.’”

“I assume that was a thank-you,” he said.

Jojo’s mother, Samantha Colon, didn’t see the scene but heard about it.

“#ThankGodForGuardianAngels” she wrote in a Facebook post, asking people to help her find the firefighter so she could thank him.

On Wednesday, she learned the firefighter’s identity, saw the photo taken just as Jojo put his hands on Kirchner’s cheeks, and wept.

“When Jojo’s trying to get to know you or when he trusts you, that’s his way of connecting with you,” she said.

Assistant Fire Chief Duane Ober, who took the photo, said Kirchner did a great job and there has already been a request for him to advise others who may find themselves in similar situations.

The crash shook Jojo, she said, but he’s doing well, and they’re planning to meet Kirchner’s family soon and say thanks in person.

LNP was unable to get further details on the crash, which happened Nov. 22 in the Manheim Central School District, but a Facebook post by the fire department said none of the adults or students on the bus was injured.

No injuries were reported in a Monday morning fire in Columbia Borough that damaged a row home, according to an officer with the borough's fir…

World Cup Jupiter, a special-needs cheerleading team in Lancaster County, is 'like a family' [video]

Each Friday, when the World Cup Jupiter team takes the mat, spirit shines.