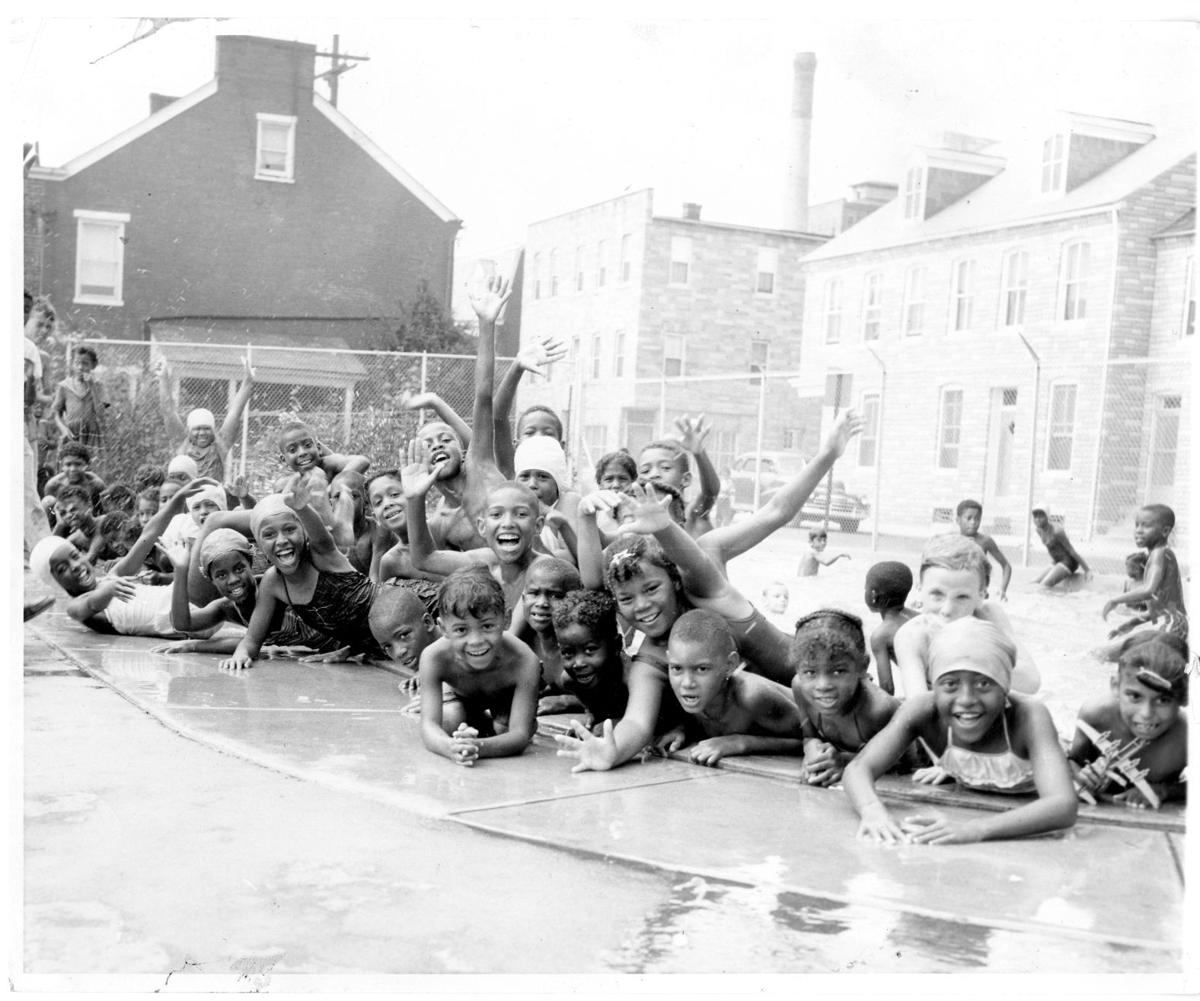 Children fill the wading pool at "Jesse's Playground" on Rockland Street in this undated photo courtesy of the 7th Ward Project and the Lancaster Recreation Commission. 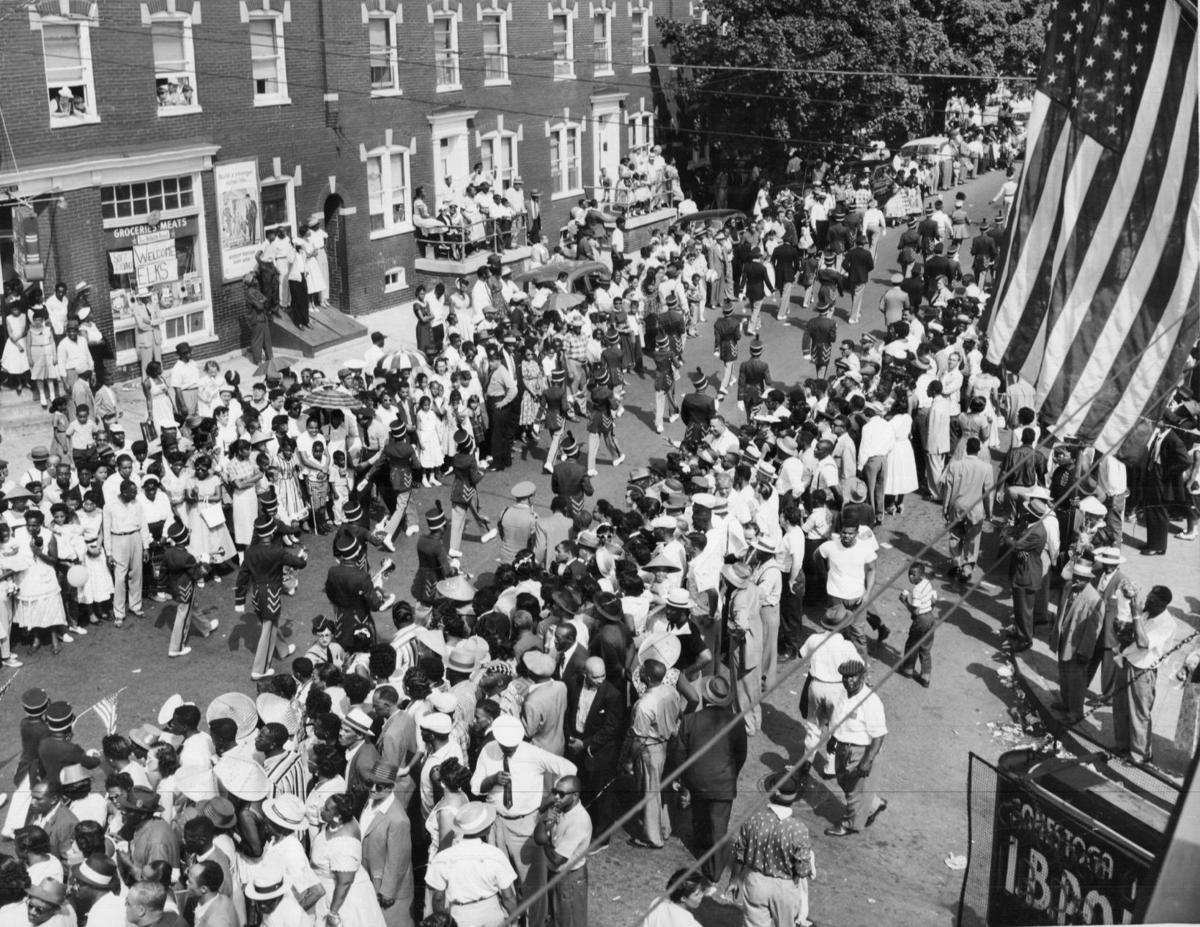 They’ve reminisced about the friends they hung around with, the families who lived next door and the corner stores where they bought sodas and pretzels — and sometimes worked.

They’ve recalled the games they played and the playgrounds and institutions where they played.

And they’ve talked about their childhood houses of worship.

These are the people who grew up in the neighborhood known as the 7th Ward, in the southeastern part of Lancaster city, between 1930 and 1980.

They come from African-American, Jewish and immigrant households in that part of the city, and remember how diverse groups of people interacted every day.

For the past three years, a committee of nine retirees who have been friends since they were children in the 7th Ward have been asking fellow residents to share their stories, on audio and on video, for an ongoing oral history project.

The “7th Ward Oral History Project: Discovering Our Treasures” was recently honored with a reception at LancasterHistory for the work it’s doing to preserve the culture and the personal stories of a diverse city neighborhood.

“I think we have an important history that needs to be told,” says committee member Betty Hurdle, a retired housing and community advocate who grew up on Locust Street.

“Our history is like a fine painting that’s been put in the closet and left in the dark,” she says. “We need to bring it out, we need to frame it, we need to hang it up so everyone knows we’re an important part of this community.”

“Now that we have done so many interviews, and we have our website up, it’s time to get the story out,” says project manager Elizabeth Ford.

Nine years in the making

Most of the history project committee has been working on this project for about nine years.

When she retired after more than 35 years as an advocate with the National Association for the Education of Young Children, Ford returned to Lancaster from California because one of her brothers was ill.

She was looking for a place to volunteer her time.

“I had such fond memories of growing up in the 7th Ward,” Ford says. “It was a real community. And then to see how it had deteriorated when I moved back. I thought, ‘We have to do something to celebrate the unsung heroes that I knew from my childhood in this diverse community,’ ” Ford says.

“The 7th Ward had a very negative connotation,” she adds. “(People thought) this is where all the ‘criminals’ live, and the poverty was so high. Now, there were other communities that were going through the same economic challenges that we were, but because we were people of color, we just got the negative press.

“So I wanted to leave a legacy for young people to know that there were some dynamic people that grew up in this same quadrant and truly contributed a lot to the growth and development of Lancaster,” Ford adds.

Ford wrote up a proposal and ran it by the Rev. Louis Butcher, who retired in 2017 as senior pastor at Bright Side Baptist Church, and retired Millersville University professor Leroy Hopkins.

The group received a $10,000 grant from the Lancaster County Community Foundation, through LancasterHistory, for travel, filming, recording and editing expenses.

The committee members have interviewed dozens of members of the African-American community who lived in the 7th Ward between 1930-80.

Madeline Anderson, a pioneering African-American filmmaker who grew up in the 7th Ward and was a film supervisor for “Sesame Street,” says she’s honored to have been remembered through this project.

Many of these interviewees recalled not having many job opportunities available to young African-Americans in the 1950s and ’60s, or not being offered the same college information that some of their white friends received from high school guidance counselors.

The committee has also interviewed several members of the Jewish community — descendants of Eastern European immigrants — who attended Congregation Degel Israel when it was still located at South Duke and Locust streets. The synagogue moved to Columbia Avenue in 1964.

In his video interview, Eugene Stein remembered spending a lot of time at the synagogue and working at Blum’s Cut-Rate drugstore on South Duke Street

He recalled how his parents raised him to respect everyone, “regardless of skin color,” and how well the various groups got along in the 7th Ward.

“We grew up together, went to the movies and rode bikes,” Stein says.

Ford says a few of the interviewees have passed away. The project committee was lucky, she says, to have gathered the stories of such former residents as retired educator Sydney Neal Bridgett Sr., who died in 2016.

At last week’s monthly meeting of the committee, Wilson said the group is deciding how to move forward with the project.

The group’s website contains a video that’s a compilation of some of the interviews.

Butcher has started recording a podcast for the website, gathering more memories from committee members.

Eventually, all the video and audio interviews will be edited and available through the website, the group hopes.

Ford says the project is applying for additional grant money.

Among the people they’d like to interview next, Ford says, are Franklin & Marshall College professor and political pollster G. Terry Madonna and retired WGAL anchorman Dick Hoxworth, both of whom lived in the 7th Ward when they were young.

In an interview earlier this year on the occasion of WGAL’s 70th anniversary, Hoxworth recalled his Duke Street youth as a “basket boy,” who would help women carry their market baskets home from Southern and Central markets. They’d give him a dime or a quarter for his work.

“What I realize now is that the neighborhood was very colorful,” Zellen says. “Population wise, there was quite a bit of diversity.”

“What I really enjoyed about the community was the idea that everyone knew each other and everybody looked out for each other,” Butcher adds.

“I’m fascinated by the people,” Hopkins says. “That's one of the reasons I joined our group. There’s a fabulous story that has to be told about what went on the 7th Ward — good and bad. That’s all part of our history.”

• Details: 7th Ward Oral History Project: Discovering Our Treasures. A nine-member committee has been interviewing people, on audio and video, who grew up in the 7th Ward from 1930 to 1980.

• Mission: “To establish historical pathways to the future by building our connections to the past.”

• Information: Visit the project’s website at: 7thwardoralhistory.org to see a video compilation of some of the interviews, along with a photo gallery and a podcast.

Weekend weather: Partly sunny, high in the high 70s on tap for Lancaster this Sunday

Those who enjoyed yesterday's weather will likely enjoy today's, too.