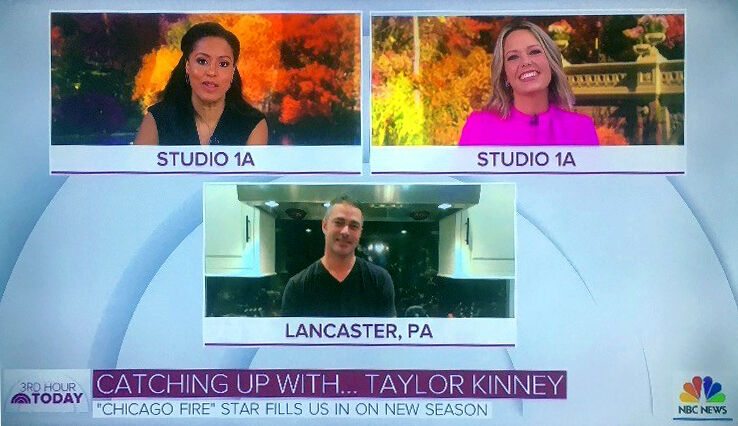 Taylor Kinney is interviewed on NBC's "Today" about the new season of "Chicago Hope," which premieres tonight at 9 p.m. on NBC. 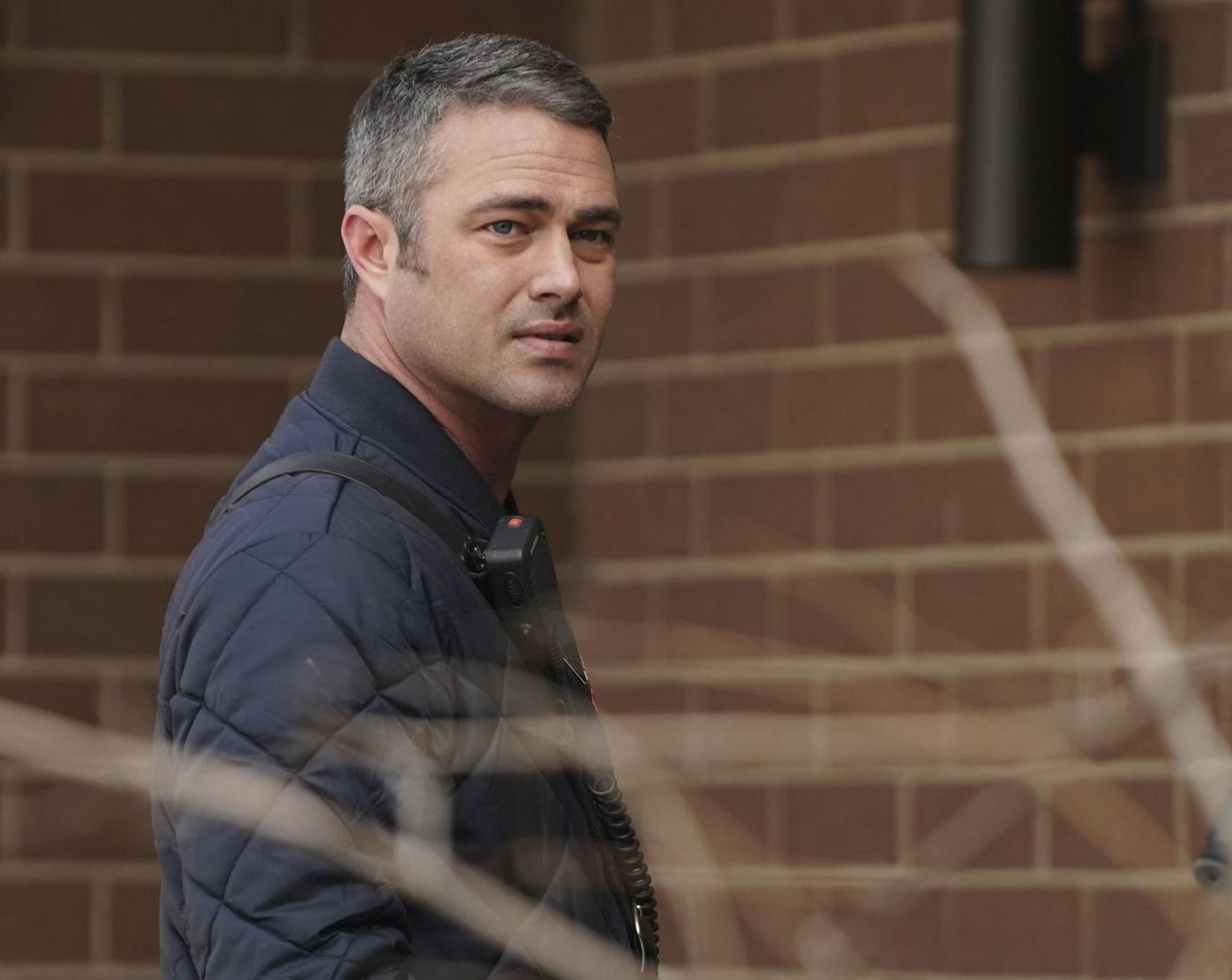 Taylor Kinney, who grew up in Neffsville, is shown on a 2018 episode of "Chicago Fire" in his role of Lt. Kelly Severide.

"Chicago Fire," the NBC TV show co-starring Lancaster County native Taylor Kinney, returns to the network tonight for the first time since the COVID-19 pandemic shut down production of the series' season 8 in the spring.

And Kinney, a native of Neffsville and a partner in Zoetropolis Cinema Stillhouse in Lancaster, was interviewed about the new season on the third hour of the "Today" show Wednesday morning.

The location from which he was being interviewed was listed as Lancaster. Kinney was shown speaking from in front of a kitchen counter, and talked about wanting to make breakfast for "Today" personality Al Roker. Roker was recently diagnosed with prostate cancer.

"I feel really fortunate and blessed," Kinney said about being back to work on "Chicago Fire." "We're going into season 9. ... I'm impressed with the writing, the stories, and what we're doing in season 9."

"I think your appreciation grows for ... whether it be first responders or police officers, or what have you. ... These guys are in the guts of this stuff," Kinney said. "Hats off to all the first responders. ... They're making a living putting themselves in precarious positions. For me to do be able to do what I do, and do my beset to tell the story, I feel really fortunate."

Production shut down abruptly, before the natural end of season 8 of the series, which follows the staff of Chicago's Firehouse 51 — fighting fires, engaging in daring rescues and navigating professional challenges and personal relationships.

Fans have been following the on-again, off-again romance of Kinney's character, fire Lt. Kelly Severide, and fellow firefighter Stella Kidd, played by Miranda Rae Mayo. Their nickname, as a couple, among fans is "Stellaride."

"For the majority of my time there, playing Severide, (he's) been single," he said of his character. Kinney said Stella "grounds Severide. He's at peace; he's helping other people. He's not self-destructive."

A former real-life romance of Kinney's was in the news last week, as his former fiance, Lady Gaga, campaigned for President-elect Joe Biden in Pittsburgh. She spoke of her days living in Lancaster, when she and Kinney were together.

The singer and actress added that Biden is her "new Pennsylvania guy."

Kinney has been an investor in Zoetropolis Cinema Stillhouse since 2018. In March of this year, he could be found helping the staff with takeout orders.

On "Today," Kinney talked about the effects of the pandemic, and its shutting down of everything from restaurants to TV productions.

"Hopefully, (the show) resounds with the audience, and I hope it gives people some reprieve" from the pandemic, Kinney said.

Kinney, 39, is a graduate of Lancaster Mennonite High School. His film work includes playing a Navy Seal in the 2012 Academy Award-nominated "Zero Dark Thirty." He appeared in 2018's "Here and Now," with Sarah Jessica Parker, 2016's "The Forest" with Natalie Dormer, and 2014's "The Other Woman" with Cameron Diaz.

On Veterans Day, armed forces to be honored with ceremonies, free meals, services

Lancaster County is a perfect fall getaway, even in a pandemic, says National Geographic; here's why