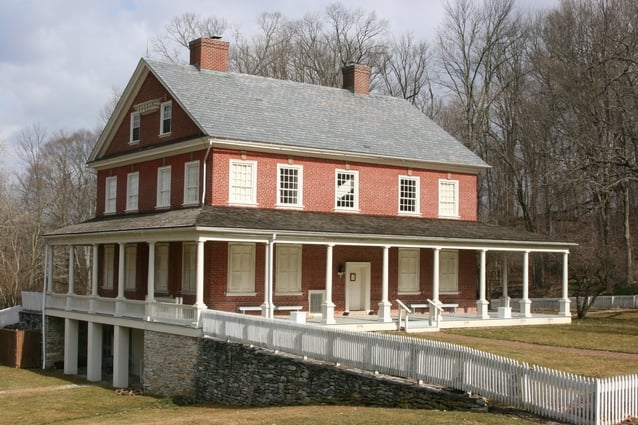 Rock Ford, which was Gen. Edward Hand's home, has two visible chimneys, which would have been taxed -- but eight fireplaces. (Gregg Scott) 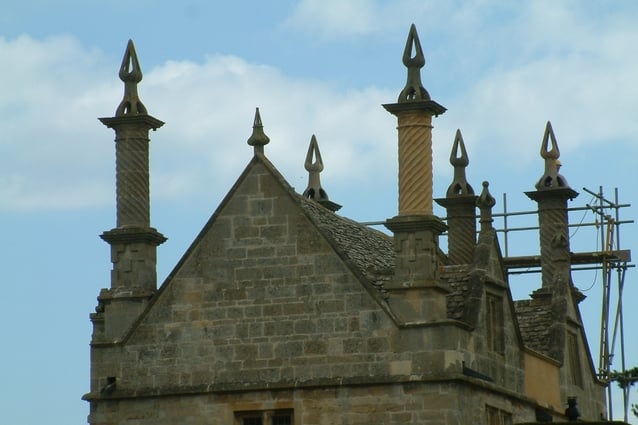 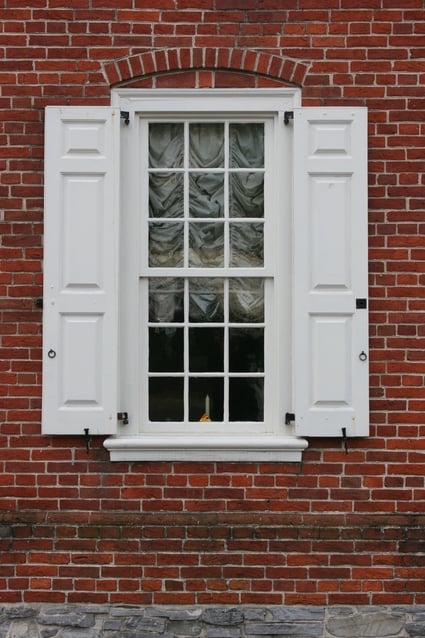 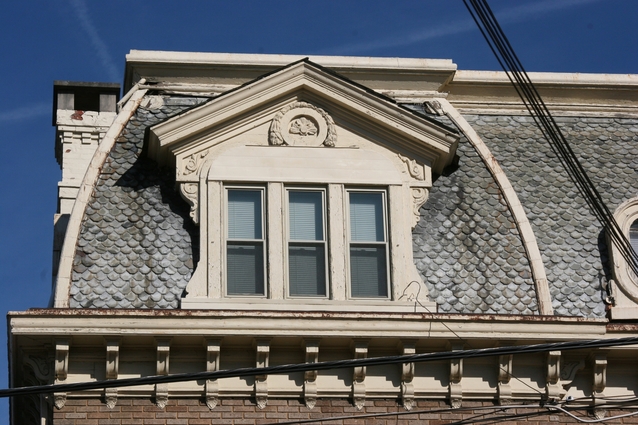 Mansard roofs, like this example on North Duke Street in Lancaster city, accommodated extra living space without the additional taxes that would have been levied on an additional floor. (Gregg Scott) 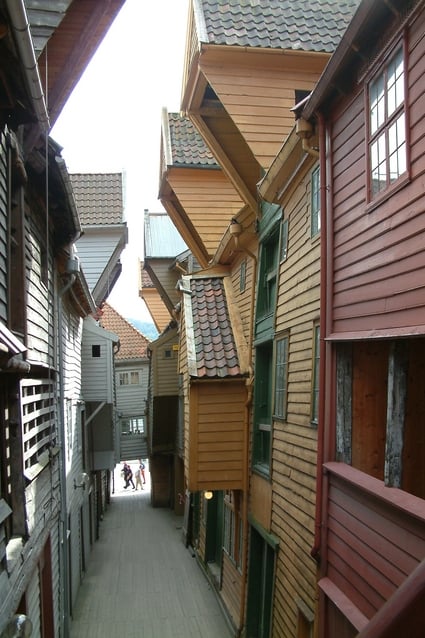 Cantilevered living spaces, like these examples in Norway, afforded the homeowner extra space while keeping the taxable footprint of the building low. (Gregg Scott)

Rock Ford, which was Gen. Edward Hand's home, has two visible chimneys, which would have been taxed -- but eight fireplaces. (Gregg Scott)

Mansard roofs, like this example on North Duke Street in Lancaster city, accommodated extra living space without the additional taxes that would have been levied on an additional floor. (Gregg Scott)

Cantilevered living spaces, like these examples in Norway, afforded the homeowner extra space while keeping the taxable footprint of the building low. (Gregg Scott)

Architecture and tax collectors historically have enjoyed an interesting game of hide-and-seek. While climate, access to materials and cultural traditions are the usual ingredients shaping our built environment, taxation also has played a fascinating role.

The desire to avoid the tax collector and his assessment on private and public property most likely dates back to the beginning of currency. Through the years, assessments have been levied against the number of floors, the building's footprint and the number of windows, closets, rooms, hallways, wallpaper, hearths, chimneys, doors and even street frontage. The creative evasion techniques employed by property owners led to some of our most revered and memorable architectural styles.

In 1696, King William III levied a window tax to help offset British debt incurred from years of warring and rebellion. The unpopular tax, based on the number of windows in a residence, lasted until 1851. In an effort to evade the tax, homeowners would block up their windows, leaving only the ghost of the past.

Rooflines are perhaps a more recognizable expression of tax evasion, beginning with the distinctive French mansard roof popular for 300 years. The nearly vertical slope of the roof accommodated living quarters behind it, without the taxation of an additional floor. The gambrel roof, not dissimilar to the mansard roof, masks a complete second story of living, providing tax protection from the 1798 Federal Direct Tax law with its classification of a one-story building.

Similarly, the New England colonial saltbox offers a house design with two distinct facades. The roof descends from a two-story height to a single-story façade, rendering it exempt from Queen Anne's taxation of homes greater than one story.

Taxation also was levied on the footprint of a building: The greater the floor area resting on the ground, the higher the tax. The creative loophole developed in response to this tax was to construct a home with the upper floors cantilevering over the floors below, creating an upside-down floor plan. Popular in medieval Great Britain and France, the design provided shelter to pedestrians below - perhaps the first "tax shelter?"

Street frontage also was a target for taxation. The more street frontage, the greater the tax. The evasion technique was to position traditional homes perpendicular to the street, minimizing street-front exposure.

The 18th-century Georgian residences of Charleston, S.C., are wonderful examples of tax evasion with style. Elements lost to the street were found on the grand, open-air porches fronting private gardens. The narrow street facades result in a very walkable city, with unique character and charm.

Hearths, chimneys and bricks also were subjected to taxation at various times. Counting hearths required home intrusion by the tax collector; counting chimneys did not. Colonists soon discovered that building fireplaces back-to-back and creating a single flue would reduce taxes.

Do taxes invite creativity? The answer would seem to be a resounding yes, at least when it relates to architecture.

Author's note - Thank you to one of our savvy readers who alerted the author to an error in last month's article. Although there are numerous documented and undocumented claims relating to the many locations in which George Washington rested his weary head, the White House is one place he never slept. It has been the residence of every United States President since John Adams, Washington's vice president and presidential successor, took residence in 1800.

This column is contributed by Gregory J. Scott, a local architect with 35 years of national experience in innovation and design. Email GScott@rlps.com