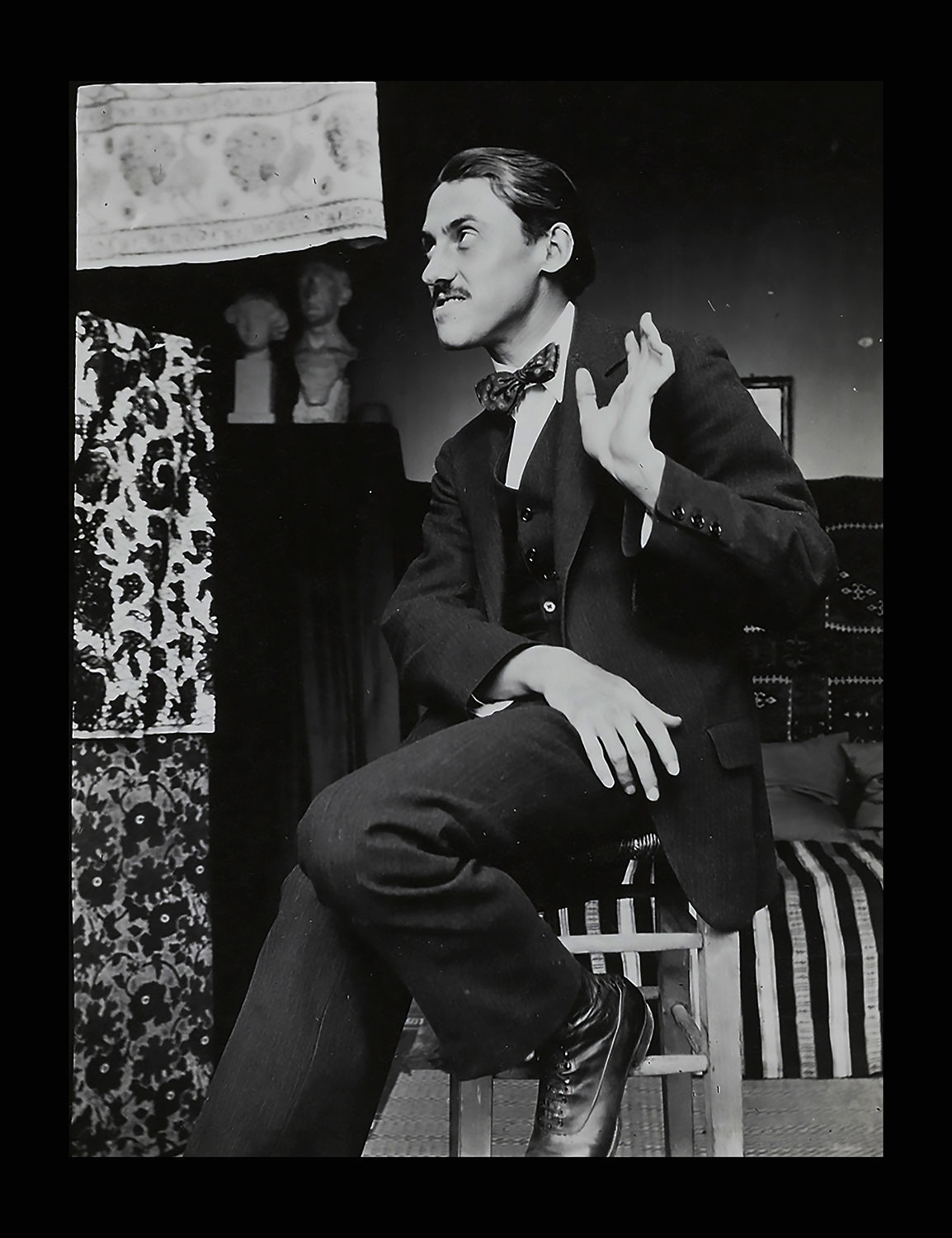 Photograph of Charles Demuth used as part of the monthly walking tour. 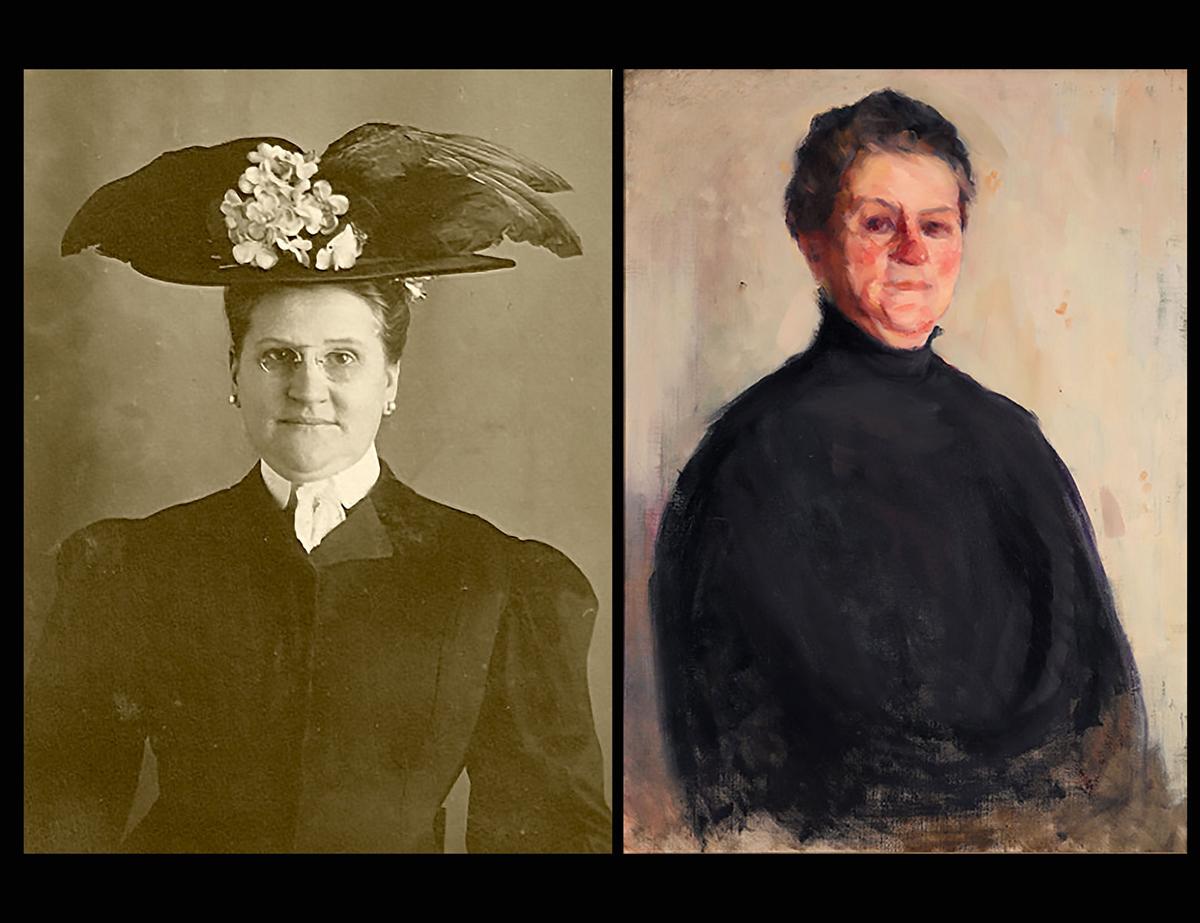 Photograph of Augusta Demuth and portrait of same by Charles Demuth. Photo is from the Weyand Scrapbooks in the Beinecke Rare Book and Manuscript Library at Yale University. Images are used on the Demuth Walking Tour. 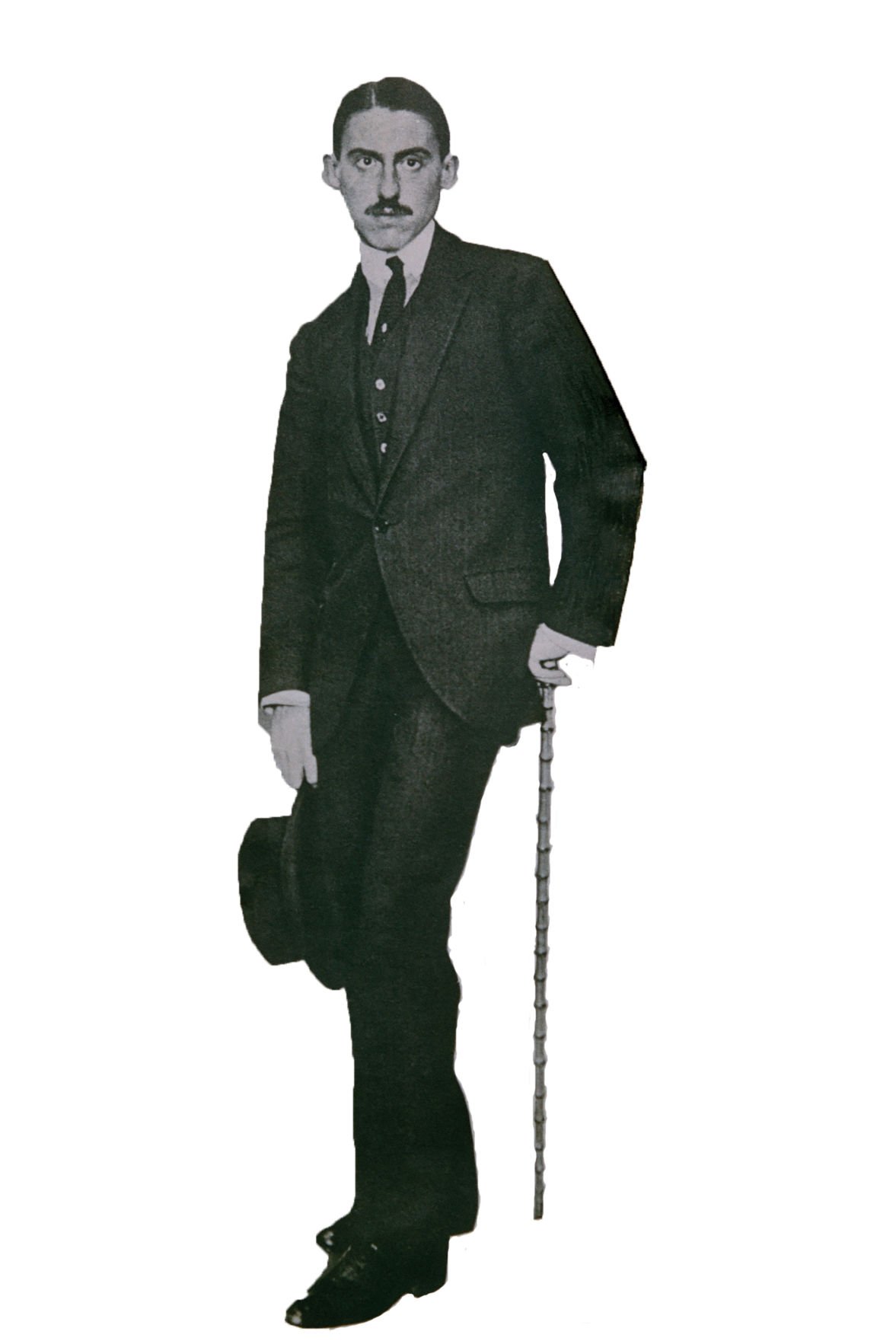 If you were living in downtown Lancaster in the early part of the 20th century, chances are you would have seen artist Charles Demuth on one of his evening strolls around town.

He went almost nightly, after all, leaving his home on East King Street and making a loop through Penn Square, down Queen Street, east on Chestnut, south on Duke and back to King.

He would have been easy to recognize, too, as his dress was always just so. He wore a felt hat, spats, leather shoes and often a splash of unexpected color in a belted sash or tie.

Even his manner of walk was peculiar to him. A childhood hip infirmity left him with a limp, so the cane he carried with him was both fashionable and functional.

David Shoemaker, a Demuth Museum volunteer, is familiar with the artist’s stroll, and is hosting monthly guided tours of Demuth’s city walks, taking the time to share elements of his life and art along the way.

The hour-and-a-half tours happen every second Sunday through October.

In Penn Square, for example, he’ll talk about Augusta, Demuth’s mother, and how she would make early morning trips to Central Market to buy vegetables so fresh they were still wet with dew.

Sometimes when she returned, she would be greeted at the door by her son, who would whisk her shopping upstairs to his studio before she ever had the chance to get it to the kitchen.

He’ll point out the site of the old Woolworth’s building, quite a piece of architecture in its day, and explain how it was the site of the 1912 Portrait Show — the only Lancaster exhibit Demuth would be part of.

He’ll also talk about the Colonial Theater, also on North Queen, which hosted vaudeville shows frequented by the artist, and talk about Demuth’s lifelong relationship with Robert Locher.

During 10 stops, beginning and ending at the Demuth Museum, which was the artist’s home, Shoemaker will shed some light on the many facets of an artist who at times was the life of the party and at others sequestered himself away from those he loved.

“Artistically, medically, socially, there are so many fascinating elements to his life,’’ Shoemaker says.

Interestingly, Shoemaker hadn’t even heard of Demuth before seeing a couple of his paintings while visiting the Barnes Foundation museum in Philadelphia in 2015.

“While I was there, I saw Charles’ two tempera paintings, ‘Piano Movers Holiday’ and ‘Masts’’ and fell in love with them. They reminded me a lot of the futurist painters from Italy,’’ Shoemaker says.

“He had translated cubism into American. That was something that immediately appealed to me. It’s modern, it’s abstract, but it’s readable and understandable.”

So when he got home, Shoemaker began an internet search on Charles Demuth to find out more.

For Shoemaker, whose degree is in political science-international relations with a minor in Russian studies, finding a passion to focus on has been challenging over the years.

“I’ve worked in movie theaters, banks, I was a video store manager, an art docent, I’ve worked tech support,’’ he says. Currently he works security in the Harbor Control Office in Wilmington, Delaware.

“I’ve had what I would call an adventitious life.’’

But “meeting” Demuth through his paintings would change that.

A few months after discovering the artist, he came to Lancaster to visit the Demuth Museum.

He wanted to understand the man behind the art.

And then he wondered what to do with all that information.

“I wanted to find a way I could use what I had found to benefit the Demuth Museum,’’ he says. “I came up with the idea of doing a walking tour that would serve as the start of a biography of sorts, an introduction.’’

The tour debuted at a special member event in April. Last month’s first public event hosted four tour goers, a number Shoemaker enjoyed because of the familiarity the low number allowed, but he hopes to have some more this weekend.

He would like to limit it to 10, if possible.

Most of all, Shoemaker would like to introduce people to the man who became the famous artist from their hometown.

“The best way to think about Demuth is that he lived to make his life a work of art,’’ Shoemaker says.