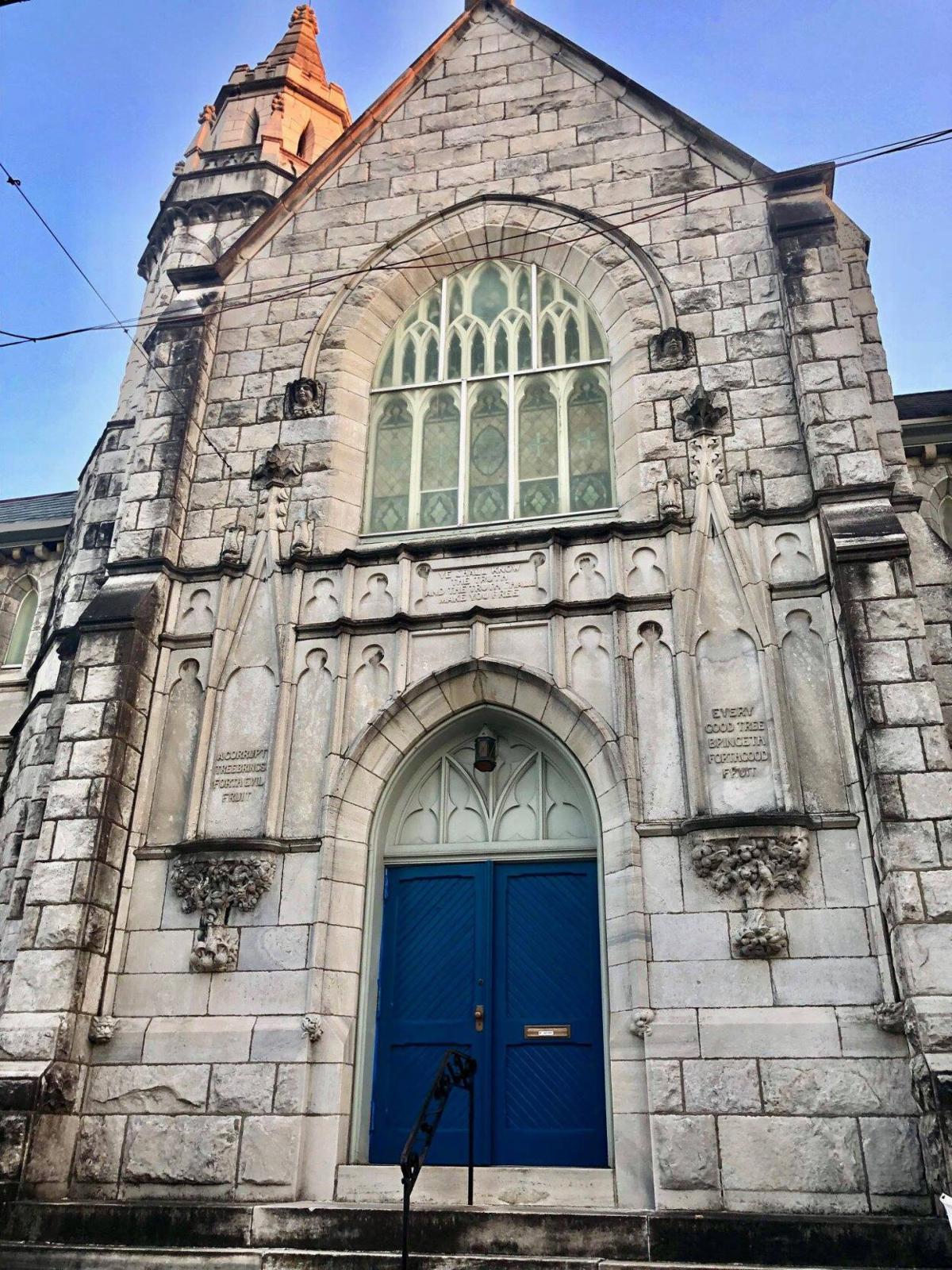 Susquehanna Stage Co. presents its shows at The Marietta Center for the Arts, in a converted church building on West Market Street. 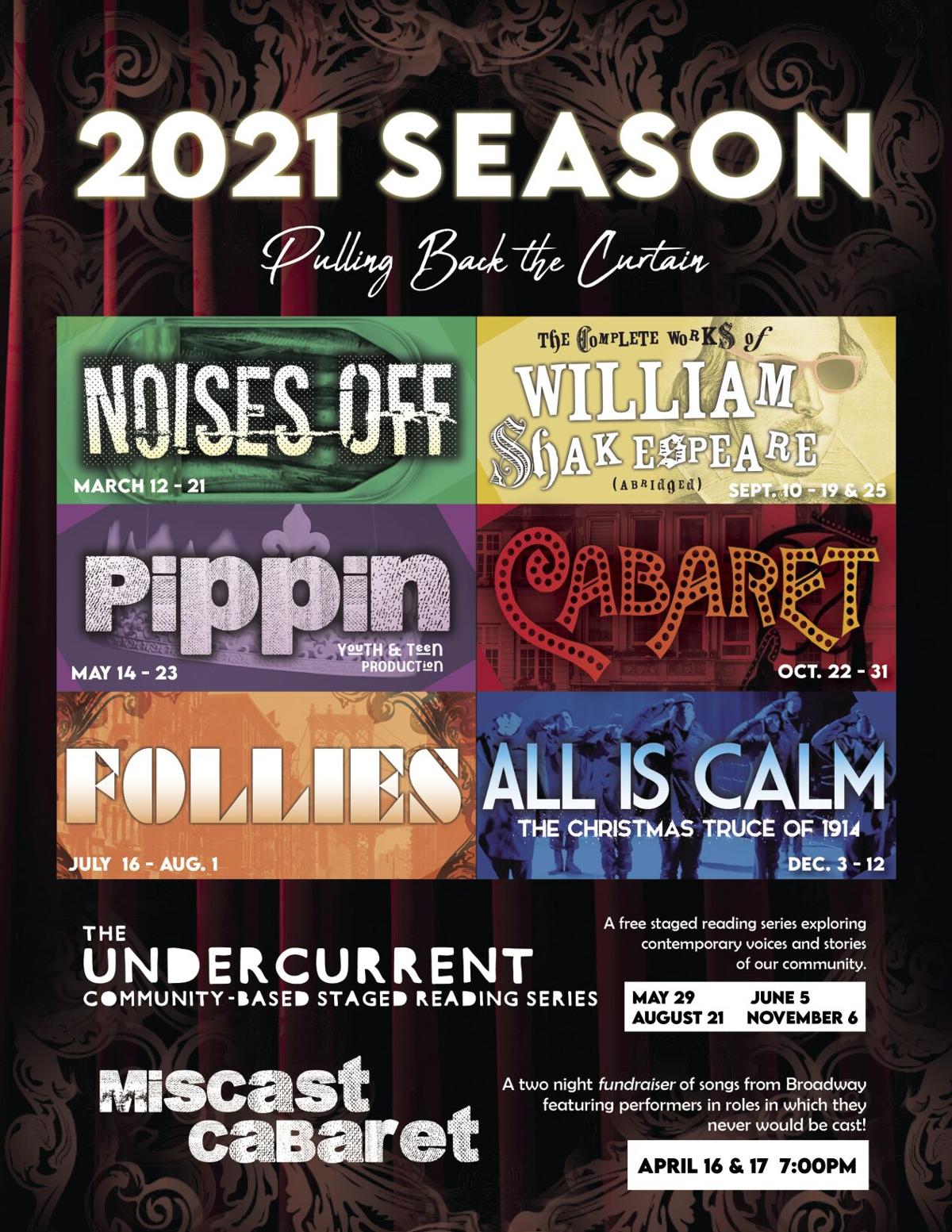 With a few local exceptions, Lancaster County theaters closed in March and have not reopened since. Many have found ways to connect with audiences online, through virtual performances — live or recorded.

This year, at least the early months of it, may find theaters continuing to pivot, as they adjust to whatever restrictions — indoor closings, reduced audience capacity, masking and social distancing requirements and more — the government and infectious-disease specialists may suggest or impose.

So theater companies are building flexibility into the 2021 season schedules they're announcing.

At Susquehanna Stage Co. in Marietta, managing artistic director Jim Johnson is planning a season filled with popular Broadway shows, a new staged reading series and a teen show that may wind up being performed in a local park.

“I can’t do anything at this point but move forward,” Johnson says, “and hope that things will change and all the time knowing that we have to be flexible and be ready for Plan B or Plan C.”

The theater is planning for some percentage of limited theater capacity, like those imposed during the waning months of 2020.

Johnson isn’t a big fan of filming and streaming theater online, but says he’s open to the possibility if it becomes necessary.

“We’d consider doing something online,” Johnson says. “I don’t want to commit to doing everything online, but if we have to do it, yes. The president of our board wants to explore that option.”

The season starts in March with the comedy “Noises Off.” The show is cast, and rehearsals will soon start — with masks and social distancing.

Here’s the theater season Susquehanna Stage has planned. Tickets for each show go on sale a month before the opening night.

• “Noises Off,” March 12-21. The play by Michael Frayn, which opened on Broadway in 1983, takes a peek at the backstage antics of the cast of a fictional theatrical sex farce, “Nothing On.” The action alternates between the characters’ on- and off-stage lives.

“Noises Off” was the show Susquehanna was about to open when it closed because of the pandemic in March, Johnson says.

“It’s a small cast. I’m really excited to actually start blocking and looking at the (social) distance thing,” says Johnson, who is directing the first few shows of the 2021 season. “That will be interesting and fun. And then we’re just going to take it as we go.

“If we have to perform with the full masks we will,” Johnson says. “If we can do face shields ... we will.”

How Lancaster performers found ways to reach people in 2020, from online concerts to theater shows

• “Pippin,” May 14-23. A nearly 50-year-old musical by “Wicked” and “Godspell” composer Stephen Schwartz, the show tells the story of a young prince — based on the son of King Charlemagne from the Middle Ages — and his quest to find a way to be extraordinary and find meaning in his life.

“That is our teen production,” Johnson says, “and I’m looking to do that outdoors. A ‘Pippin in the park’ kind of thing. There are plenty of locations for that in Marietta. On the off chance that we’ll still be at a restricted in the amount of people (in the theater), we’ll take the kids outside and work that show outside ... so that parents and grandparents can come to see the show.

“It’s a wonderful story for young people,” Johnson says, “a young man’s journey to find himself.”

• “Follies,” July 16-Aug. 1. The 50-year-old Stephen Sondheim musical centers on a reunion among the former performers of a Ziegfeld Follies-type revue, as their old theater is about to be torn down. The characters, including two married couples who met when the women were chorus girls, look back on their lives — some with regret.

“I’m 60 years old and you look back a little bit,” Johnson says. “The characters in ‘Follies,’ looking back, and being in a world of theater and a life of illusion ... it’s a show at this point in my life that really speaks to me.”

Johnson likes that the show uses actors of a wide age range — with both leading men and women in the 40-80 age range, along with a young chorus.

“It’s fun and funny and fast-moving, and by the end of it, they have covered all 37 works of William Shakespeare,” Johnson says. “It would be something for young people to come to, to have a better feeling about Shakespeare after seeing that.”

Your home butter sculpture could win a prize during PA Farm Show Butter Up! contest

• “Cabaret,” Oct. 22-31. Susquehanna Stage is performing the 1998 Broadway revival version of the show, set in pre-World War II Germany as people escape to cabarets amid the Nazis’ rise to power.

“That’s a real nice, stripped-down version of the show,” Johnson says. “It’s a provocative piece of theater, and it’s political.”

Pennsylvania Farm Show 2021: When it starts and how to watch

Susquehanna Stage has performed this show, which dramatizes the real-life, unofficial holiday cease-fire between German and British forces and a singing of “Silent Night” that brings them together briefly amid war.

“It’s one of the most beautiful evenings of theater,” Johnson says. “It’s an hour and 15 minutes, it’s 13 men, it’s all music with dialogue, with letters that tell about the World War I event where the two sides met in the middle. All the men are signing a cappella. It’s just haunting and beautiful and stark and poignant. and we can’t wait to do that again.

“The blending of those 13 voices” is the focus of the show, he adds.

“One of our board members is starting this series, exploring contemporary voices,” Johnson says. “We have reached out to community” to find “a mix of original works and plays or performance pieces” centered around topics such as LGBTQ issues or Black Lives Matter. “We’ve been talking about it for years, and now we’re going to do it.”

“It’s been horrible” being closed for a year, Johnson says. “I can’t tell you how horrible it has been. We miss live theater. We all need this so much. The performers need it, and the audiences need it.”

Susquehanna Stage Co. performs at the Marietta Center for the Arts, 133 W. Market St., Marietta; 717-426-1277. Tickets for shows are available one month before opening night. Check the website, susquehannastage.com, along with the theater’s social media for updates.