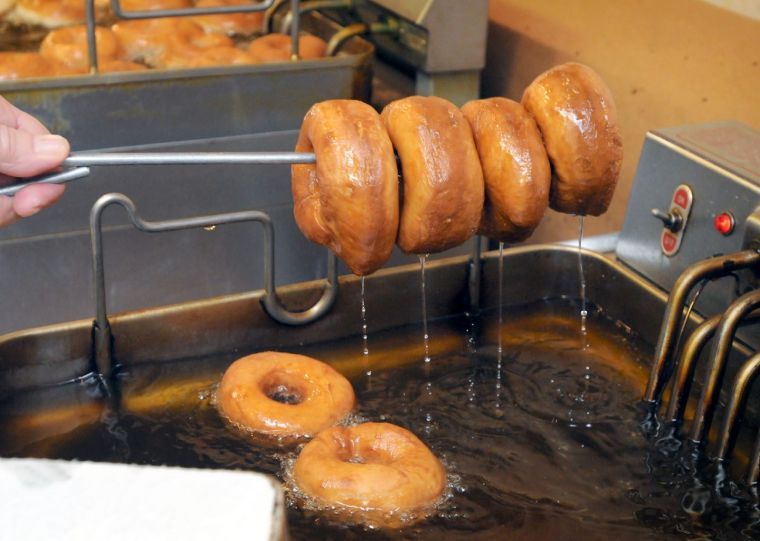 The frying room is a hot and busy place as fasnachts are prepared at Holy Trinity Catholic Church in Columbia. 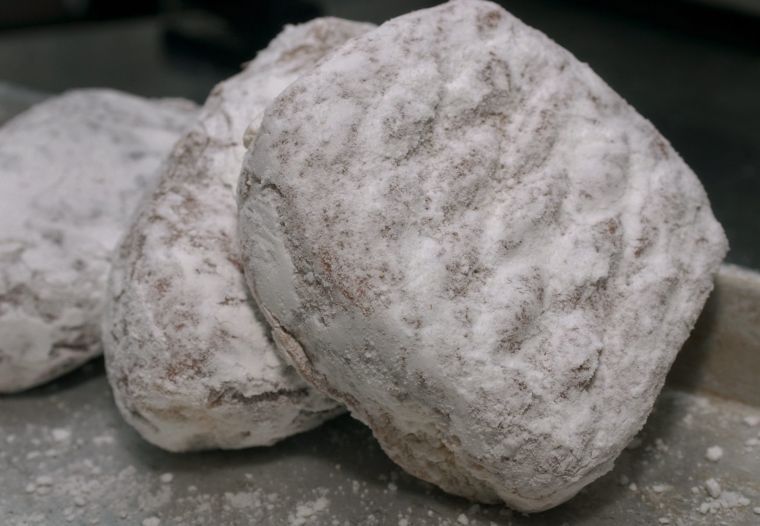 Fasnacht Day, also known as Fat Tuesday or Shrove Tuesday is March 4. People across the country will observe the holiday by cleansing their cupboards of the fats Christians were once forbidden to consume during Lent.

The frying room is a hot and busy place as fasnachts are prepared at Holy Trinity Catholic Church in Columbia.

Fasnacht Day, also known as Fat Tuesday or Shrove Tuesday is March 4. People across the country will observe the holiday by cleansing their cupboards of the fats Christians were once forbidden to consume during Lent.

There are few Pennsylvania Dutch food traditions as cherished as the fasnacht.

What began as a way to use up stored fat and sugar before the coming Lenten fast is a tradition many families still hold dear.

Columbia’s Holy Trinity Catholic Church, which bakes an impressive 7,000 dozen, describes a fasnacht as a “yeast-raised potato pastry that is deep-fried like a doughnut.”

The key word here is “like.” Don’t dare call a fasnacht a doughnut. Authentic fasnacht bakers bristle at the comparison — and scoff at retailers who try to pass off plain old doughnuts as close enough.

Holy Trinity has always made its fasnachts with holes, longtime volunteer Phil Haberstroh says. It helps the dough rise and makes the fasnachts fluffier and easier to fry, he adds.

As Fasnacht Day approaches — it’s Tuesday, March 4 this year — modern bakers continue to put their own spin on fasnachts, even tinkering with the main ingredients.

Tom Martin, an interpretive guide at Landis Valley Museum, says that fasnachts traditionally were plain and eaten with some sort of molasses or honey.

Now, he says, “There seem to be as many (kinds of) fasnachts as there are … people.”

It’s proof that even the most beloved traditions can evolve, and maybe get even sweeter.

A reason to celebrate

Haberstroh, of Columbia, has volunteered with Holy Trinity’s fasnacht sale for 20 years. His two grandmothers were part of the original fasnacht committee in 1924.

Jim Chudnovsky, general manager of Bird-in-Hand Bakery, says that over the years, many people have lost touch with the religious and traditional side of Fasnacht Day.

He guesses that half of fasnacht consumers don’t know the day’s history. Fasnacht Day is a great excuse to socialize and splurge on a sweet treat.

“Some people are really not concerned about Lent,” Chudnovsky says. “They just enjoy fasnachts.”

The idea of using up fats and other indulgent ingredients became less important with the advent of modern refrigeration, Martin says.

“I think in many cases, it’s just another way of having a holiday of sorts in the middle of winter,” he says. “This winter we’re glad for any holidays.”

Bird-in-Hand Bakery aims to keep its fasnachts as traditional as possible. One exception is lard: The bakery uses vegetable shortening instead.

“(Lard) is an artery clogger,” Chudnovsky says. “Vegetable shortening is of course getting more and more of a bad rap, but on a health scale, it’s still better than lard.”

The bakery is experimenting with trans fat-free oils to replace the vegetable shortening. The goal, he says, is to make fasnachts that are as heart-healthy as possible — but still tasty.

Haberstroh’s mother fried fasnachts in lard. So did Holy Trinity. But the church now uses shortening, one of the only changes to its 90-year-old recipe.

Until the 1990s, Holy Trinity made only plain fasnachts. Now 70 percent of the church’s fasnachts are glazed, a number that grows every year.

“People like sugar, I think,” says Haberstroh, a purist who prefers plain fasnachts, sliced, with molasses.

“The top one I would say is the powdered,” Chudnovsky says. “After that, the glazed would be No. 2.”

Lancaster County has a sweet tooth, he says. In his native Berks County, people coat plain fasnachts with syrup.

A word on spelling …

Since we’re talking about tradition, let’s study the spelling.

“Fastnacht,” the spelling used by Holy Trinity and others, is high German, Brubaker says.

In a 2012 Scribbler column, C. Richard Beam, director of the Center for Pennsylvania German Studies at Millersville University, suggested “faasnacht,” which clarifies the proper pronunciation.

Mary Beth Schweigert writes for the Lifestyle section of Lancaster Newspapers. She can be reached at mschweigert@lnpnews.com or (717) 291-8757. You can also follow@mbschweigert on Twitter.

Fat Tuesday is tomorrow and we have compiled all thing fasnachts here.