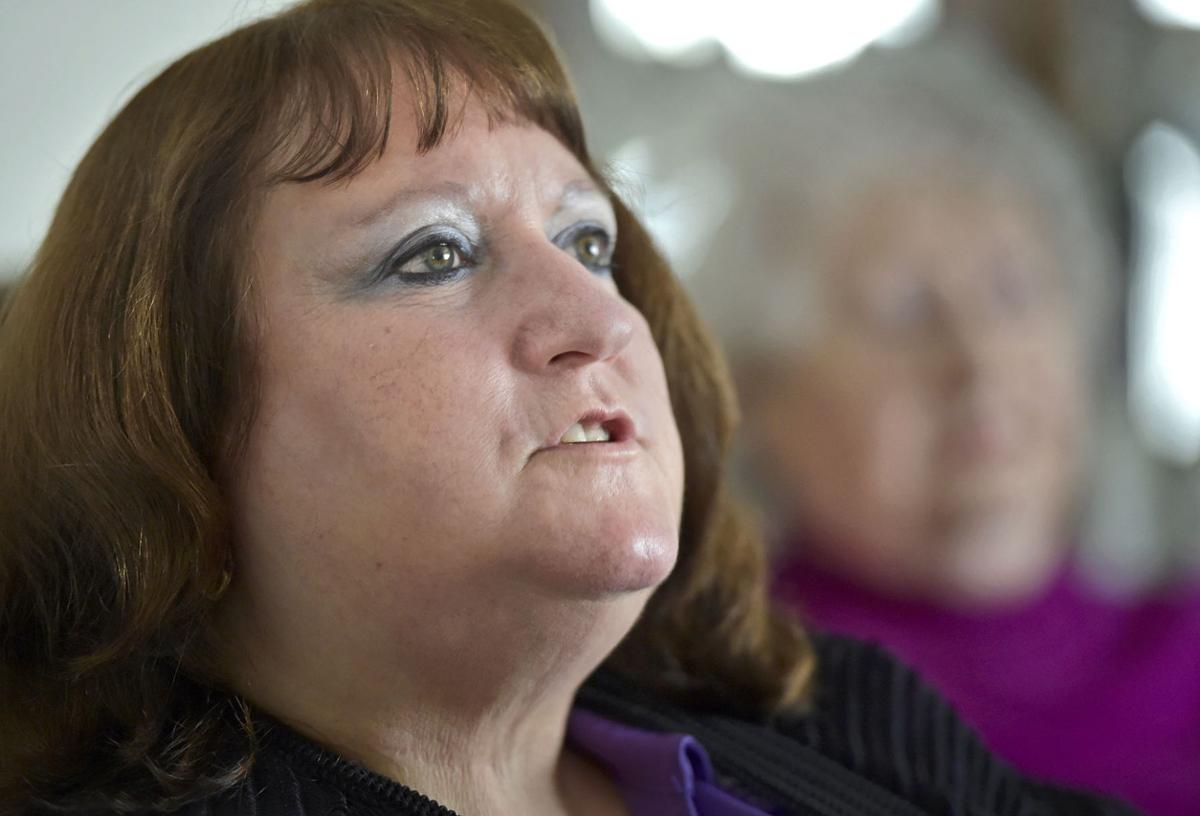 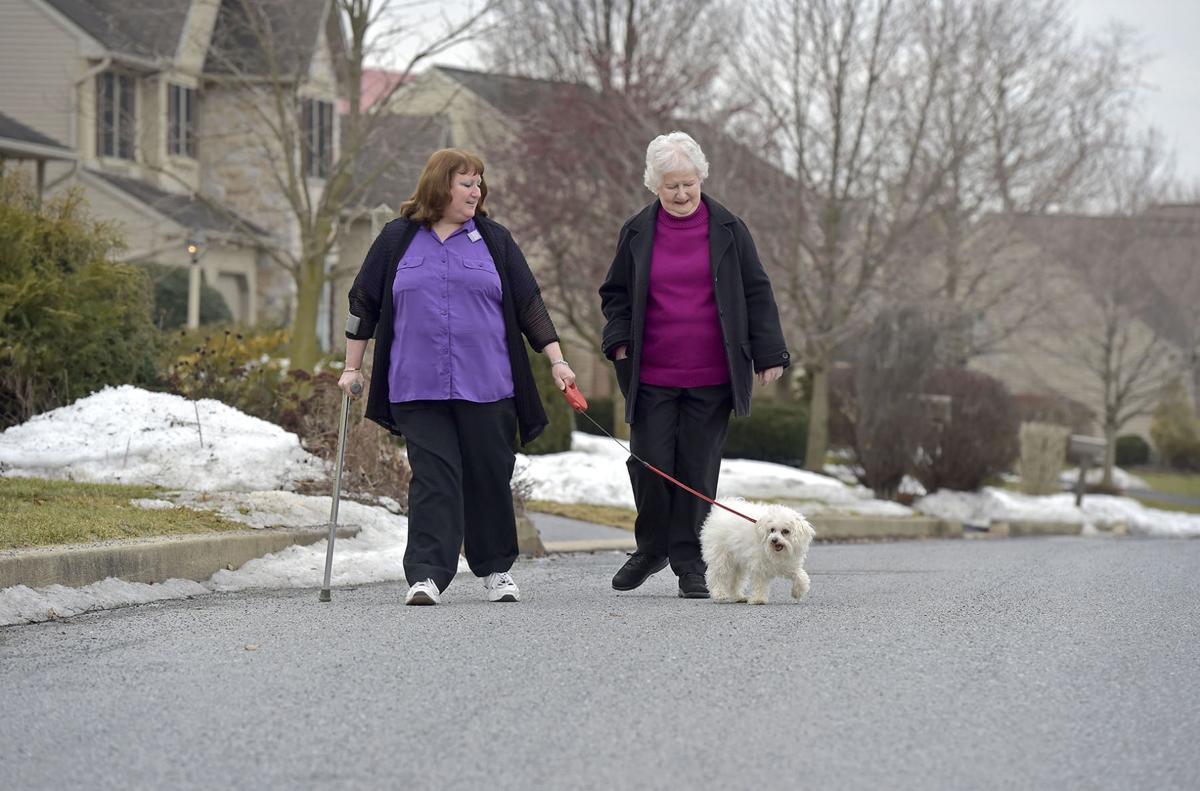 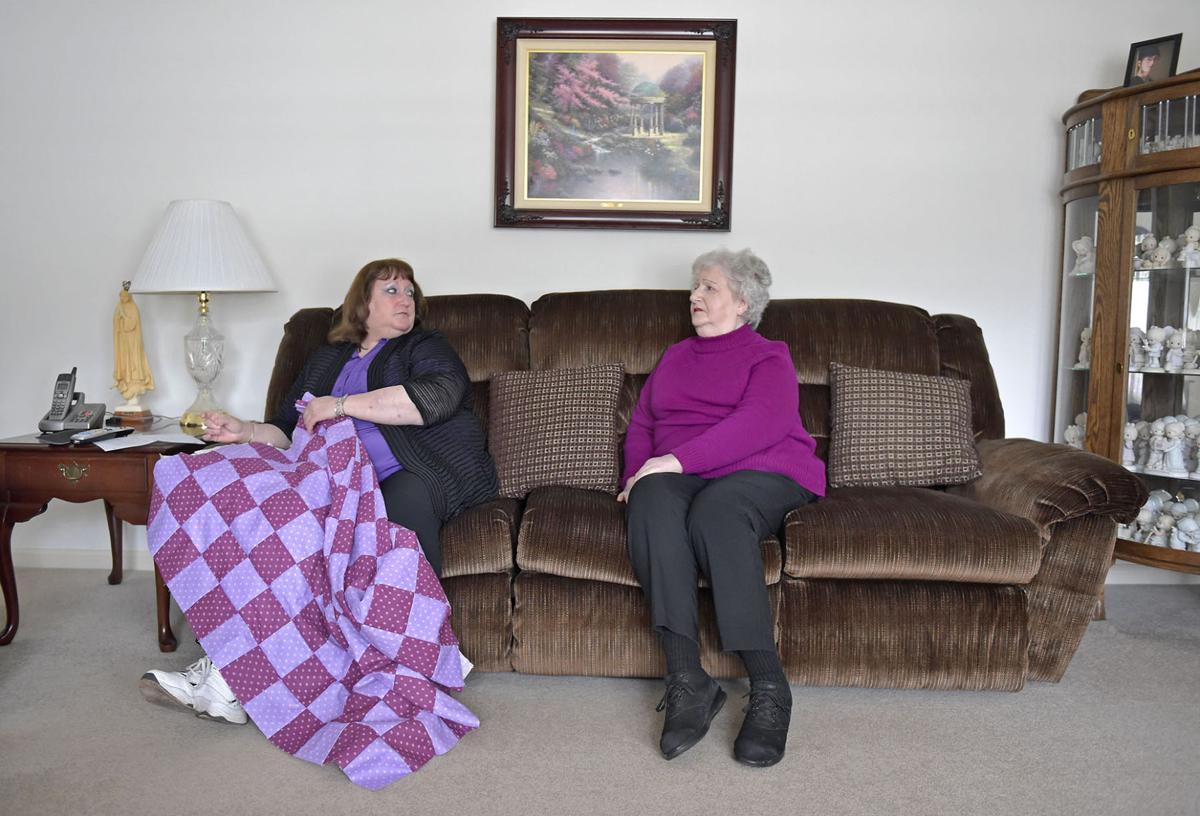 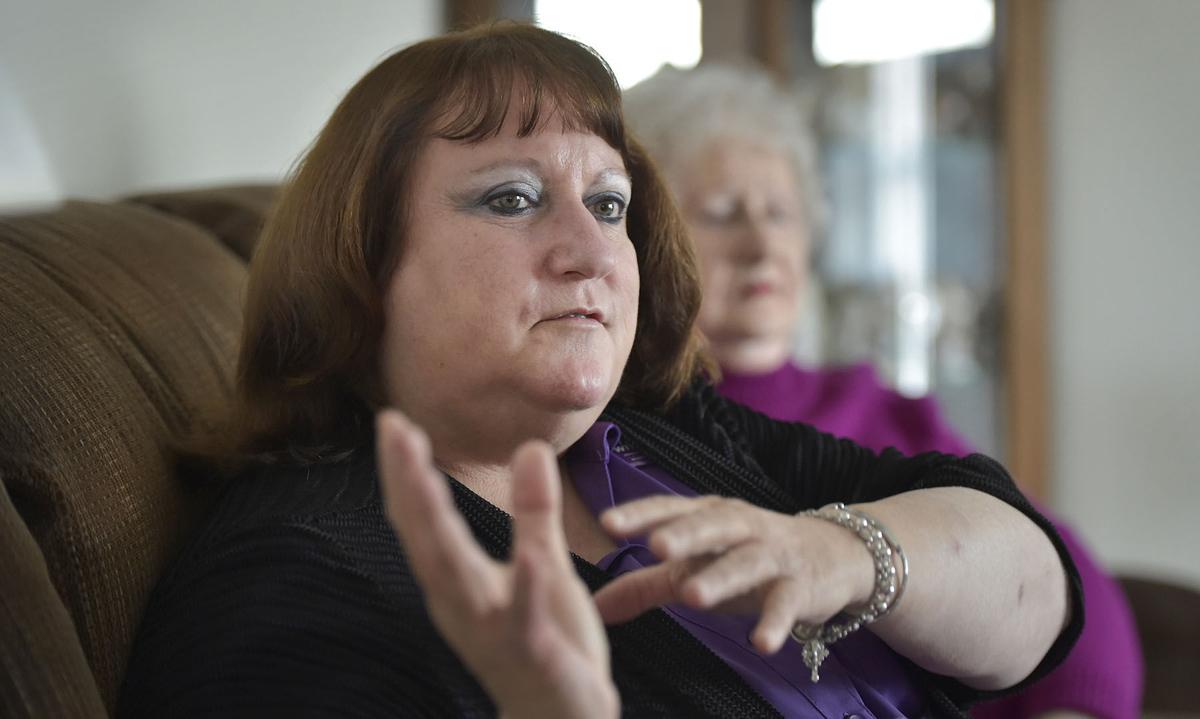 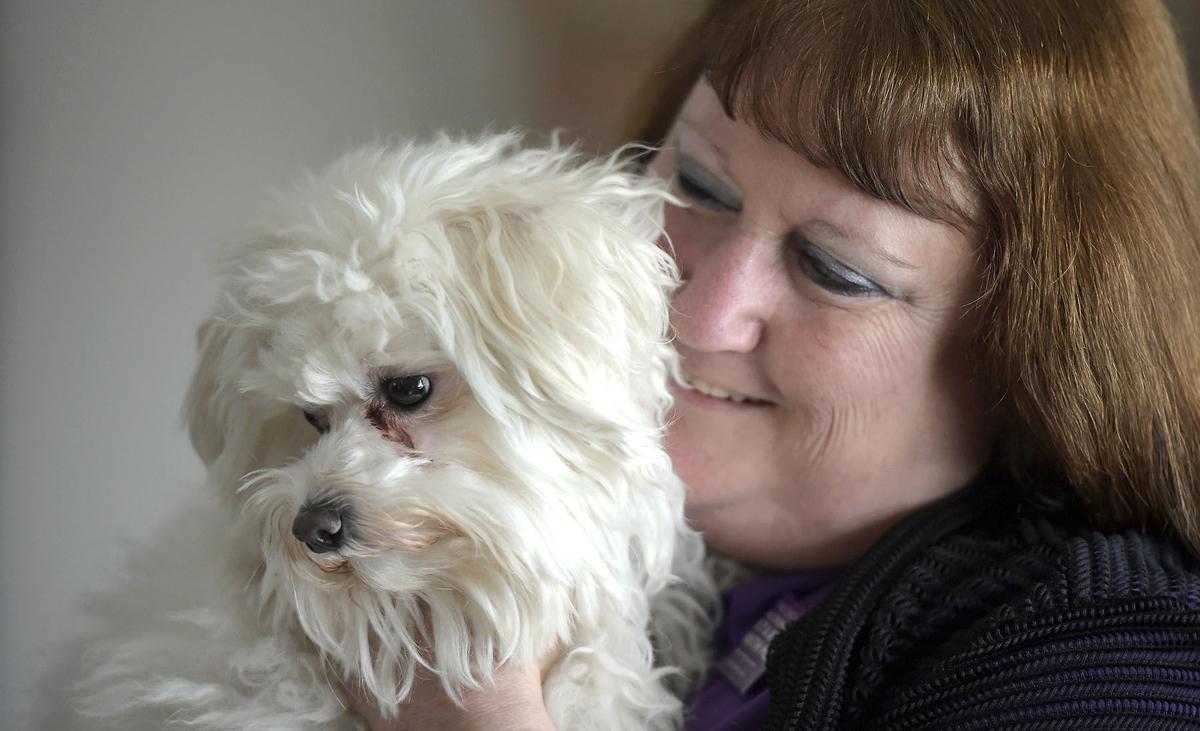 Mary Read and her dog. 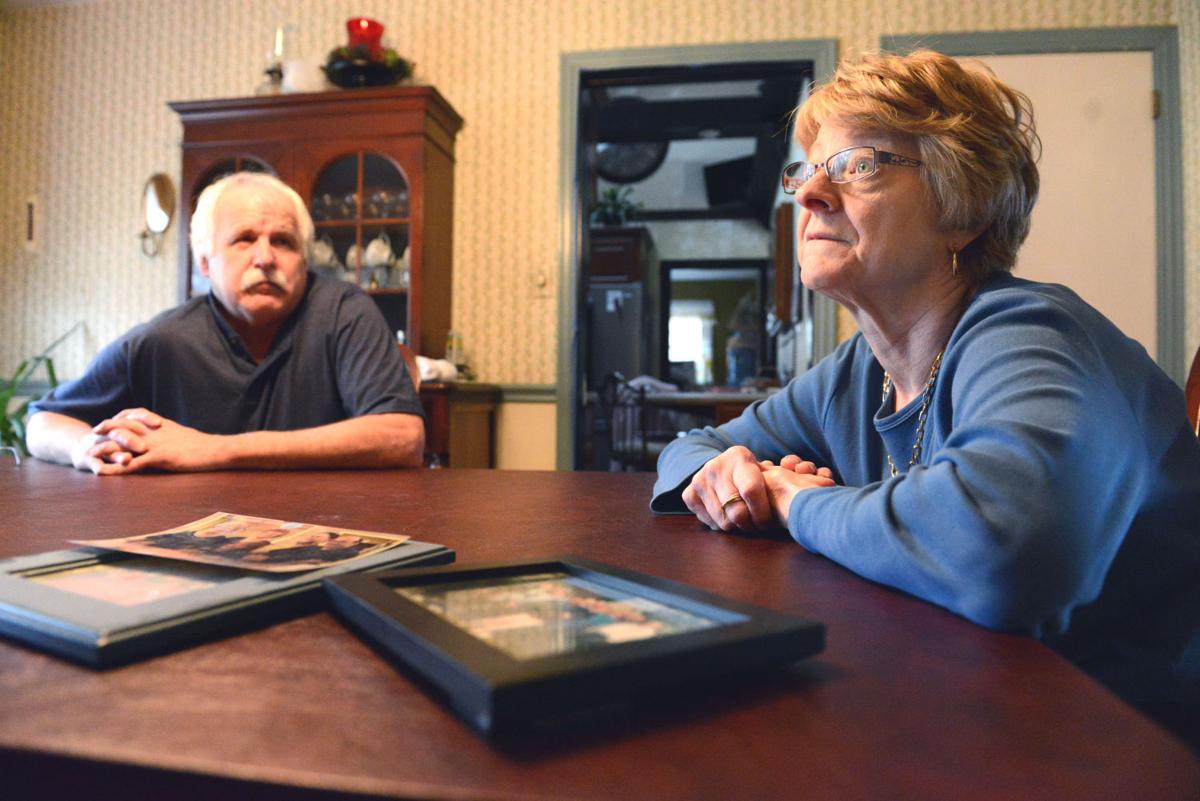 Joanne Smiley talks about her experience with Alzheimer's disease with her husband, Ken, in their home in Lancaster Township. 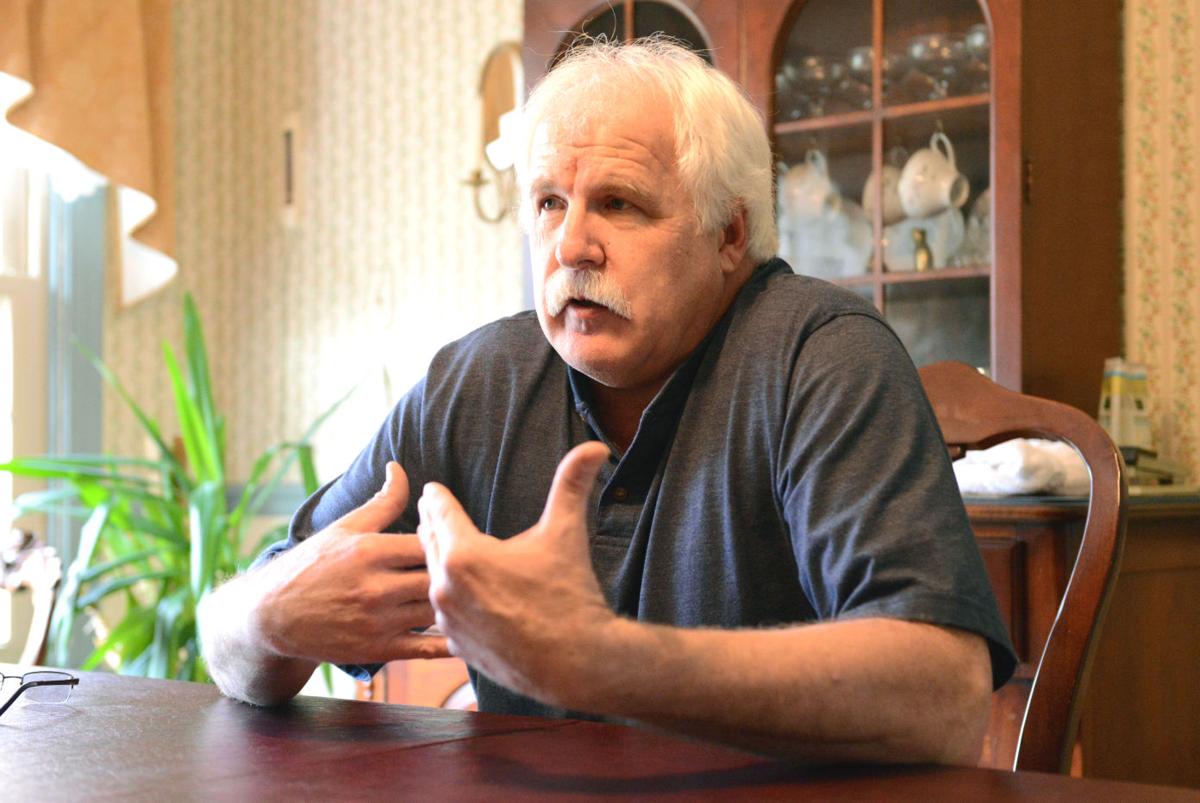 Ken Smiley talks about his wife's diagnosis of Alzheimer's disease in their home in Lancaster Township. 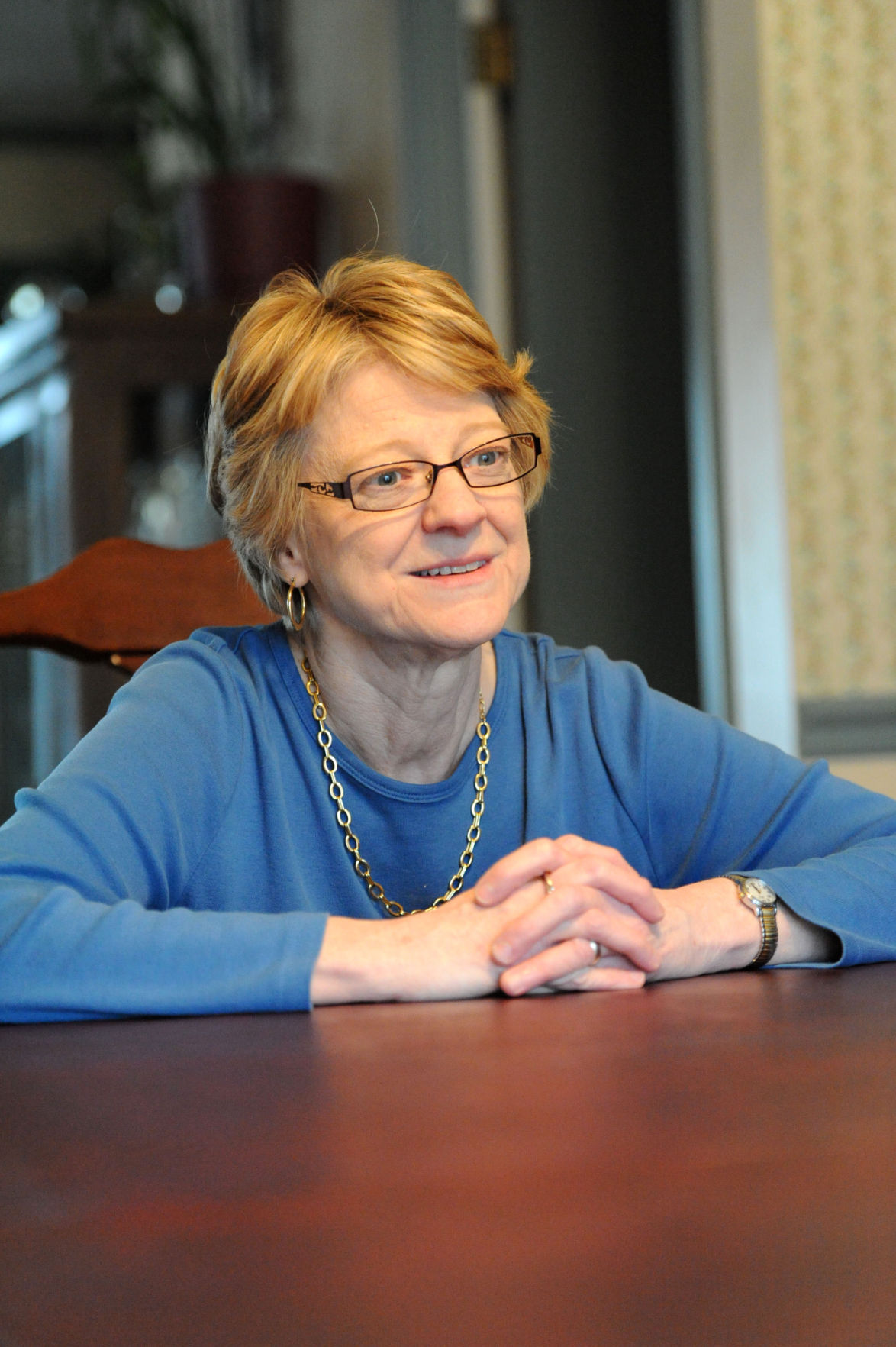 Joanne Smiley talks about her experiences with Alzheimer's disease in her home in Lancaster Township. 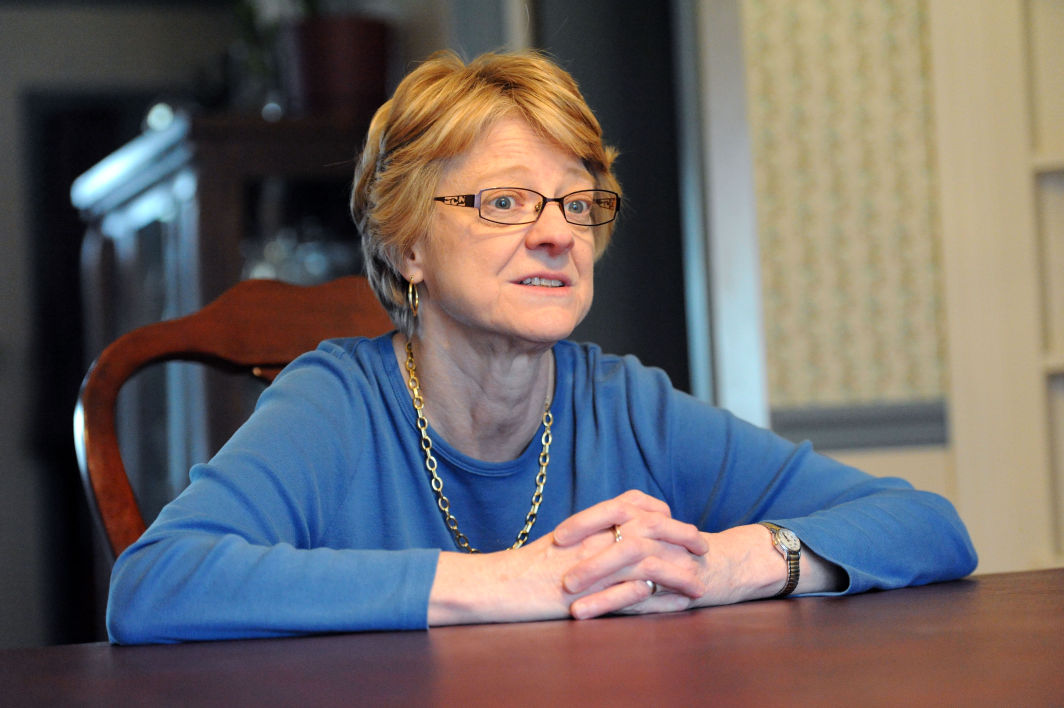 Joanne Smiley talks about her experience with Alzheimer's disease in her home in Lancaster Township. 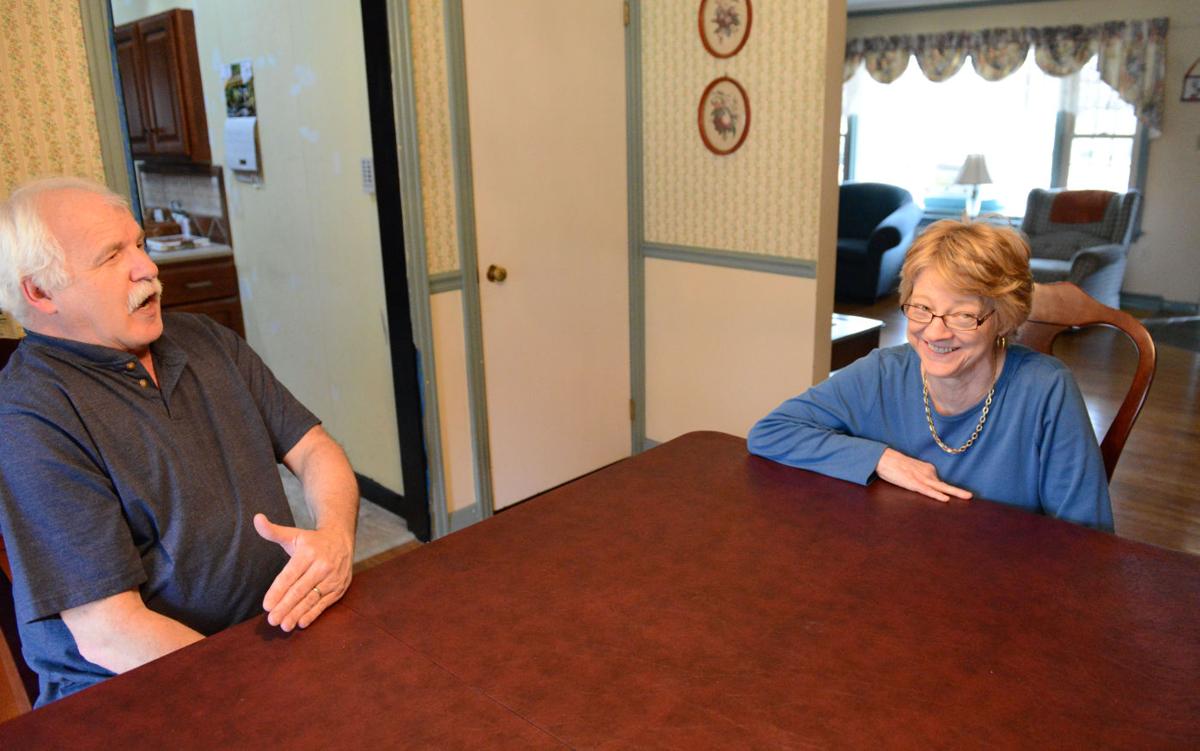 Mary Read and her dog.

Joanne Smiley talks about her experience with Alzheimer's disease with her husband, Ken, in their home in Lancaster Township.

Ken Smiley talks about his wife's diagnosis of Alzheimer's disease in their home in Lancaster Township.

Joanne Smiley talks about her experiences with Alzheimer's disease in her home in Lancaster Township.

Joanne Smiley talks about her experience with Alzheimer's disease in her home in Lancaster Township.

Joanne Smiley fills her calendar with dates she used to remember. Sometimes items on her grocery list, like smoked pork chops, just don’t sound familiar anymore. By now she knows what to do: She asks.

“I’ve changed,” says Smiley, 62, who was diagnosed with Alzheimer’s disease six months ago.

She is on medications, and both she and husband Ken have been attending support group meetings. What pains her most is the possibility that her sons might also get the disease.

Together, the Lancaster Township couple have handled each new challenge as it comes.

“Still Alice,” the movie about a linguistics professor diagnosed with early onset Alzheimer’s disease, earned actor Julianne Moore an Oscar. The film is raising awareness about the disease, which is the sixth-leading cause of death in the country. Yet, there are still a lot of misconceptions.

Mary Read hears these often, as she answers questions about the disease. She works with the Alzheimer’s Association, sharing information at local businesses and lobbying local politicians.

Still, people laugh and say they’re forgetful, so they must have Alzheimer’s disease. “Alzheimer’s is not a joking matter,” says Read, who was diagnosed with early-onset Alzheimer’s disease five years ago at age 50. “You don’t laugh at someone who’s dying of cancer.”

As baby boomers age, Alzheimer’s diagnoses are expected to triple to as many as 16 million, according to the Alzheimer’s Association. Almost two-thirds of those with the disease are women.

Alzheimer’s disease is the most common form of dementia and causes problems with memory, thinking and behavior, sometimes becoming advanced enough to require help in doing simple daily tasks.

Read, of Warwick Township, first noticed something was off when her daughter Theresa asked for help with her middle school homework.

“She would read a story, and she would ask me questions about the story. And I was like, ‘I don’t remember the story.’”

That forgetfulness upset her, especially in her mid-40s, so she went to her doctor and then a specialist.

“They didn’t think it was Alzheimer’s because I was so young,” Read says.

Instead, they suggested she had anxiety, depression or maybe even a virus. The forgetfulness didn’t go away; it eventually caused Read to lose her job as a nurse four years later.

She went back for more tests and received the diagnosis.

Learning new things has become harder for her. When she was learning how to make a quilt for the Alzheimer’s Association, she started by watching a video on how to thread the needle. Every day, she had to watch the video again.

Read will also often forget to bring ingredients when cooking dinner with her mother, Mary Jean Howard, like the potatoes for the St. Patrick’s Day corned beef and cabbage meal.

She’s managed the forgetfulness by putting notes on the door (“Don’t forget your phone”). Read also had trained her Maltipoo, Princess, to make sure she paid before leaving a store: The dog would stop in front of the cash register before exiting.

Howard lives in the neighborhood and helps by calling often, reminding her daughter to take her medicine and accompanying her on errands and appointments.

Smiley was diagnosed last year, when she was 61.

Everything just takes longer: to explain things, to read the daily paper, she says. Husband Ken and son Kenny, who lives at home, have learned to be more patient.

“I just have to take a deep breath and let her do her thing,” Ken Smiley says. “I don’t want to say the word for her. I want her to remember.”

Ken and Joanne Smiley have gone to several support group meetings, where they can talk about the disease and hear from others.

Read fell into a deep depression when she was first diagnosed. Prayer and faith brought her back, along with a need to do more for others.

“If I can’t be cured, at least allow me to accept this disease and help others.”

“So I tell them that life still continues. Continue doing what you can now, enjoying life. You can still learn things. I just learned how to make a quilt.”

“Still Alice” hit close to home for both women.

Joanne Smiley, who saw the film with her sisters, walked away worrying whether her two sons would get the disease.

Lancaster General Hospital staff have heard a variety of reactions from patients, says Connie Metzler, the hospital’s Alzheimer’s and memory care program nurse case manager. They relate to what they see in the film.

Today, Read, Smiley and their families are taking life day by day. The future and its unknown changes loom ahead.

Ken Smiley runs Smiley’s Deli in Lancaster and usually works seven days a week. He doesn’t know how he will do that when his wife needs more care.

“I’ve got to look down the line here: a year from now, two years from now, five years from now,” he says. “She’s not ready for a nursing home now, but that time’s probably going to come around.”

For now, they have today.

“It’s almost like she was given a death sentence without dying,” Ken Smiley says. “We’re just going to take it as we go.”

Debate over $600 in jobless aid to intensify as claims rise

Thinking about flying? Here's what you need to know now [Q&A]