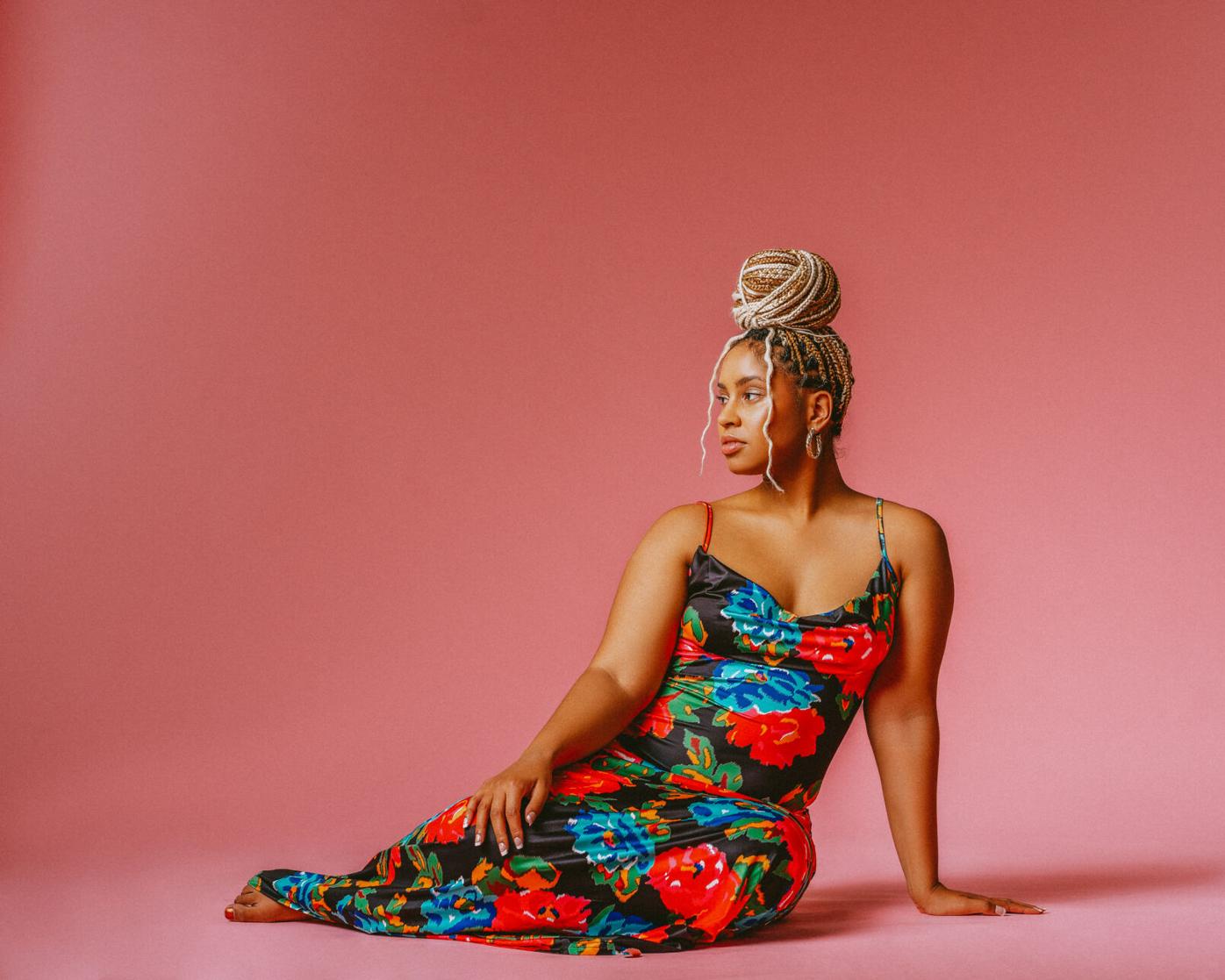 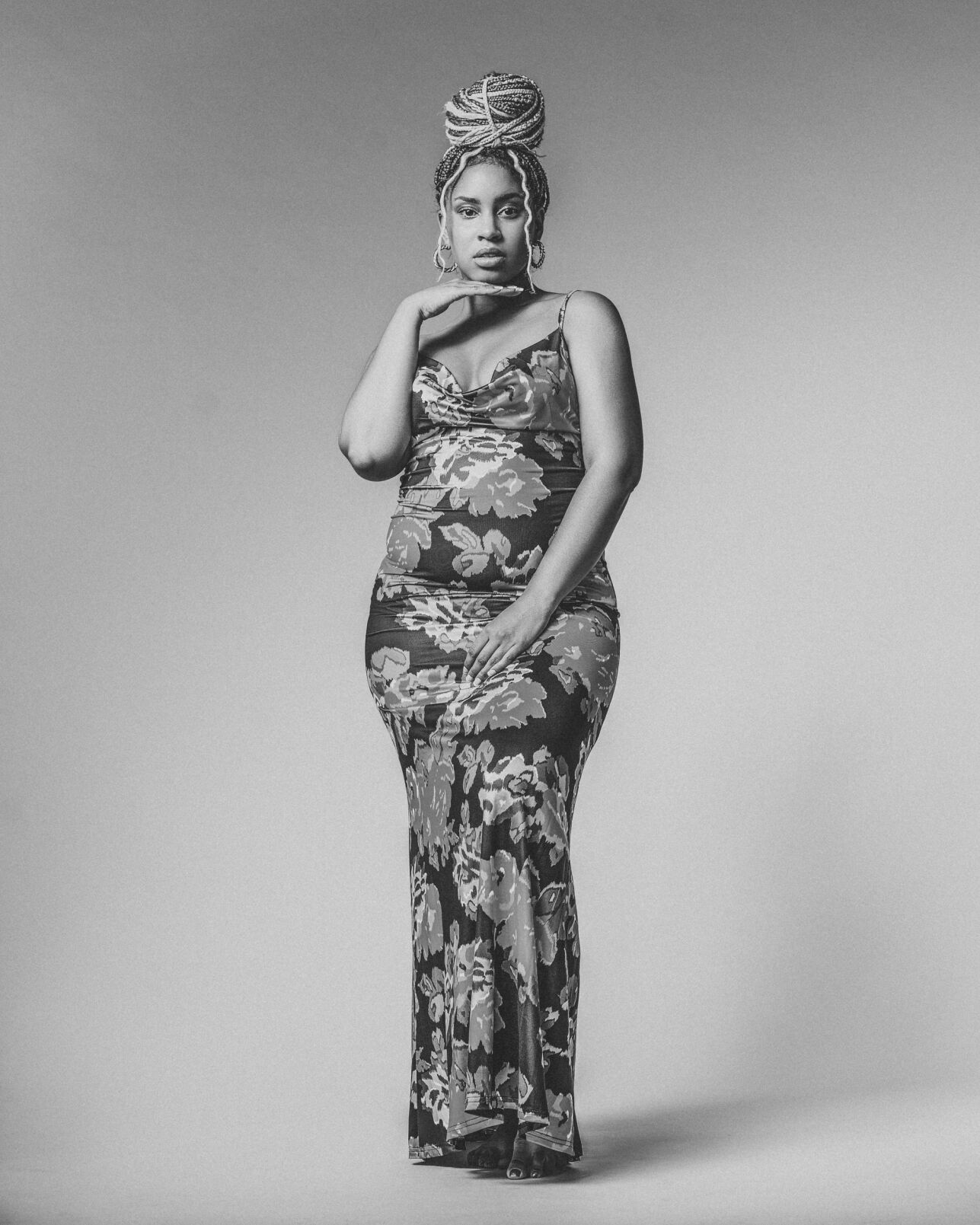 Butterflies seem to have it all figured it out — to become something beautiful, you’ve got to shed part of your past self in the process.

Tymira Pearson, 27, has been following that path herself in the last year. After first releasing an EP several years ago under the name Mira, Pearson will soon make her musical mark as Suge with the debut album “Her Ethereal Beauty” on Thursday, Nov. 11.

“I think I've grown a lot and I've just embarked on this sense of confidence within myself,” Pearson says. “When you listen to the two, the sound is very different. While I'm still Mira, the shy side, I'm OK with being more bold and talking (trash), you know what I mean? I'm gonna say what I'm gonna say. I think the big difference for me is that I had to overcome people-pleasing.

The album, which at press time has between 10 and a dozen tracks, serves as a tribute to that growth and the level of confidence Pearson now has. Primarily produced by Adrian La Rosa and mastered by Carl Bahner, both also of Lancaster County, “Her Ethereal Beauty” is a cohesive R&B album with grooves throughout.

“I've seen Mira grow much," says Alex Colon, better known as rapper Wednesday, who is featured on the track “Abundance.” “Seeing her come to this point, I’m just amazed. It’s amazing to see her finally come out with a project that she really loves and cares about. I think this will be the album that makes Suge, Suge, and for people to realize that she’s a staple in the game. Not many people look like her, sound like her and do what she does."

Standout tracks such as “Moon Glow” and “Ethereal” showcase both Pearson’s range as a vocalist and her ability to find tracks that complement that range. While the tracks were created by Rose, Pearson works in a live setting with a band comprised of a drummer, bassist, violinist, pianist and conga player.

“I think, first off, I personally sing better when there's live music compared to a track,” Pearson says. “With any gig, I want to do my absolute best, so I feel like I do that when there's live instruments. And also, the audience loves it. There's nothing wrong with playing a track, but, oh my goodness, what it does to a crowd is unbelievable and I love it.”

“Her Ethereal Beauty” is in many ways also a tribute to the family that Pearson has around her. Both her daughter, Sophia, and mother, Rosetta, make cameos on the record in the form of audio clips.

“I have some old voicemails that I wanted to put on there so the audience wouldn't be overwhelmed with track after track after track,” Pearson explains. “I wanted everyone to see me more. When you're around someone's family, you just get a better feel for who they are, so I wanted important women to be on the album.”

Another familial presence appears in the form of her partner, Ian Wallace, better known to hip-hop fans in the area as Laddie Moran. On album standout “Get to Know You,” Laddie and Suge let the listeners in on the world of Ian and Tymira.

“We were home in the kitchen, I was cooking dinner, and I was like, ‘listen to this hook real quick,’” Pearson says, describing how the track came together. “And he was like, ‘wait, you wrote that?’ I said, ‘yeah, you want to get on this track with me?’ Literally, we're in the kitchen, I'm singing the hook to him and he's going in, doing his verse and it flowed so good. I think being home just brought another level of love to it that you can feel, too. It was magical.”

Moran, who is the source of the nickname “Suge” (after the infamous Death Row label boss Suge Knight), jokingly says that he did the verse in exchange for “some pancakes and eggs.”

Perhaps surprisingly, it’s the first track that the pair have collaborated on.

"I think we just had to feel each other out musically,” Moran says. “I didn't want to force a collaboration just because you're my lady or I'm your man, you know what I mean? Like, I wasn't a fan of the G-Eazy/Halsey record, it just sounded super scripted. It wasn't no heart or soul in it, it's just like ‘We’re gonna make money for doing this because we date, so let's make music together.’”

The track features not only a verse from Moran, but also a bit of his singing voice on the hook.

“She definitely has me more comfortable with me stretching my voice,” Moran says. “You know, I'm a rapper, I’m barred up, so with doing a little singing on the track, she coached me through that.”

With the musical metamorphosis from Mira to Suge now complete, Pearson says that now that she’s settled on a sound, she’ll continue what she’s done for most of her life — meditate on her emotions and life experiences until the melodies and lyrics come flowing out.

“When I write music, I really want to be seen and heard,” Pearson says. “I think for artists, music is an outlet to show who we are and for other people to be like, I can be myself, too. That's why I do music, I want to inspire people to be who they are and love who they are.

“I went from being Mira to Suge — unapologetically, this is who I am, I'm changing and that's life, and that's OK,” Pearson says. “And I think of my daughter, too. I want her to chase her dreams, and she has to see someone do it first.”

Fundraiser for A Concrete Rose micro-winery to be held at Move it Studio; here's more about the event

After finally breaking ground on A Concrete Rose, what will be the state’s first Black-owned…

A Christmas tradition dating back to 2005 returns to Lancaster city this holiday season.

Buzzworthy rock band Greta Van Fleet recently announced that a leg of its "Dreams in Gold" tour will stop in Hershey in spring 2022.

Scott Hower remembers exactly when he found his life calling.

After thousands of performances, dozens of marionettes and a feature documentary, the Lancaster Marionette Theatre has closed its doors for good.

Music is at its best when its power can be harvested towards a greater good.