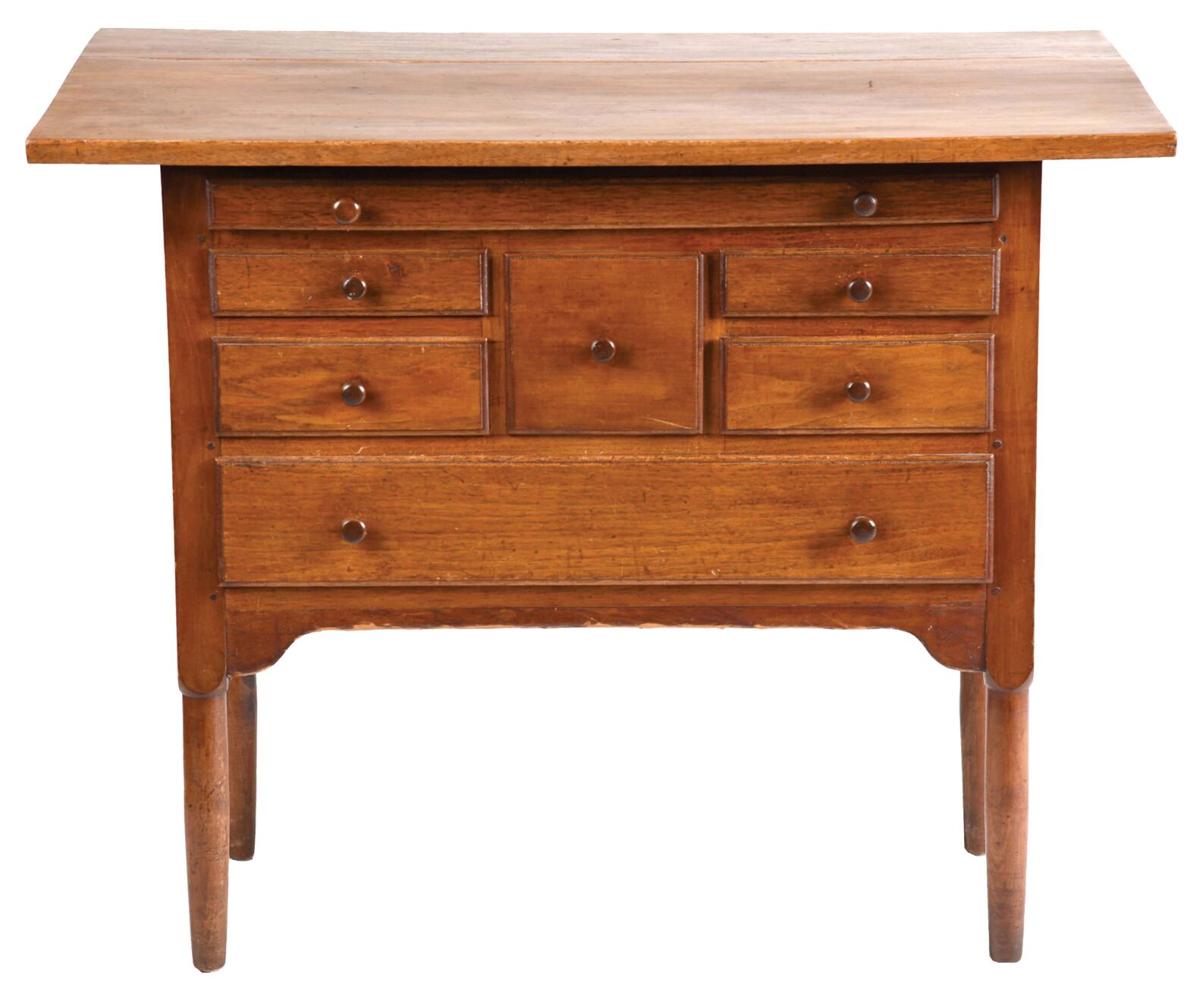 A circa-1840 Shaker dropleaf sewing table composed of butternut, cherry, pine and possibly basswood, attributed to family elder David Terry from the Shaker community of Hancock, Massachusetts attracted 69 bids and sold for $98,400 against an estimate of $5,000-$10,000 during the Morphy's Fine & Decorative Arts Auction held in Denver on July 14 and 15. 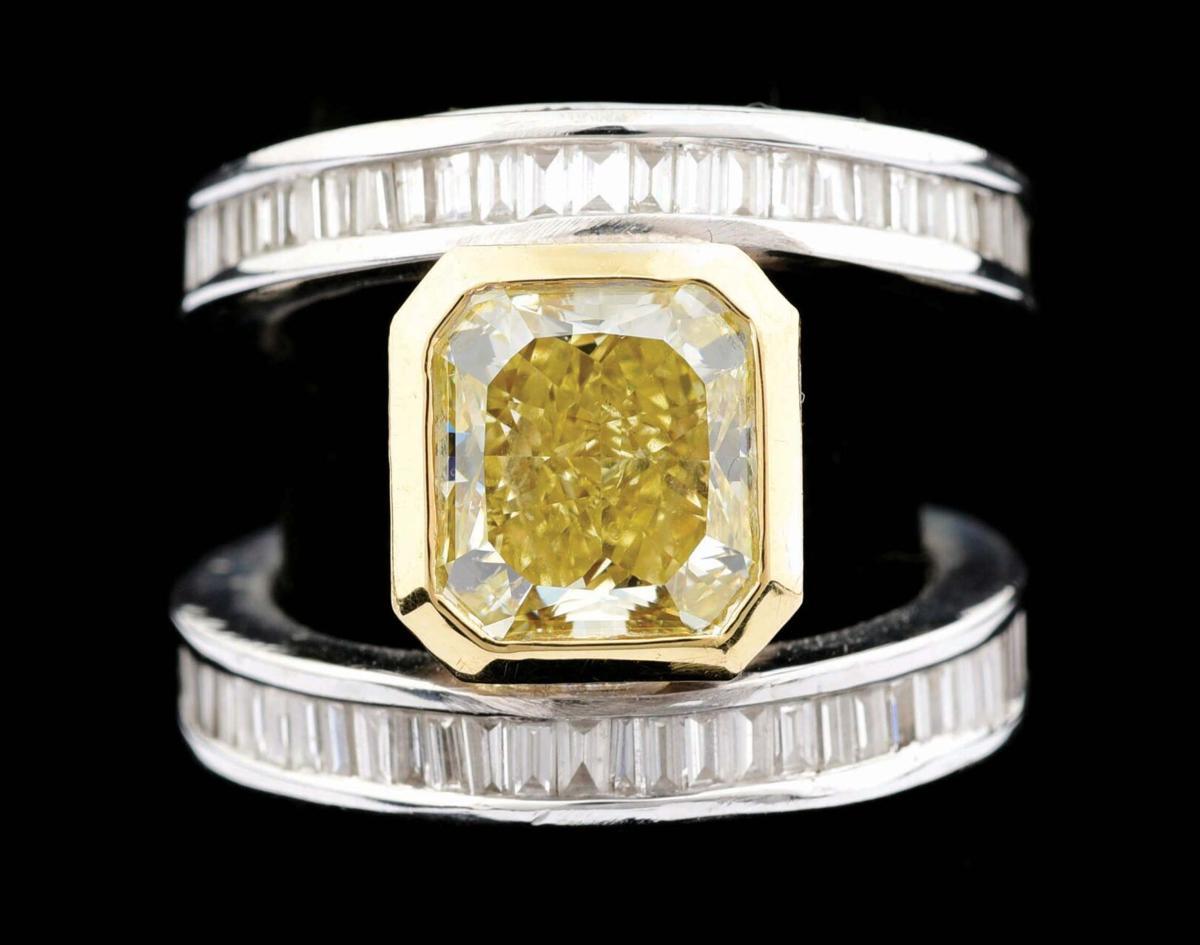 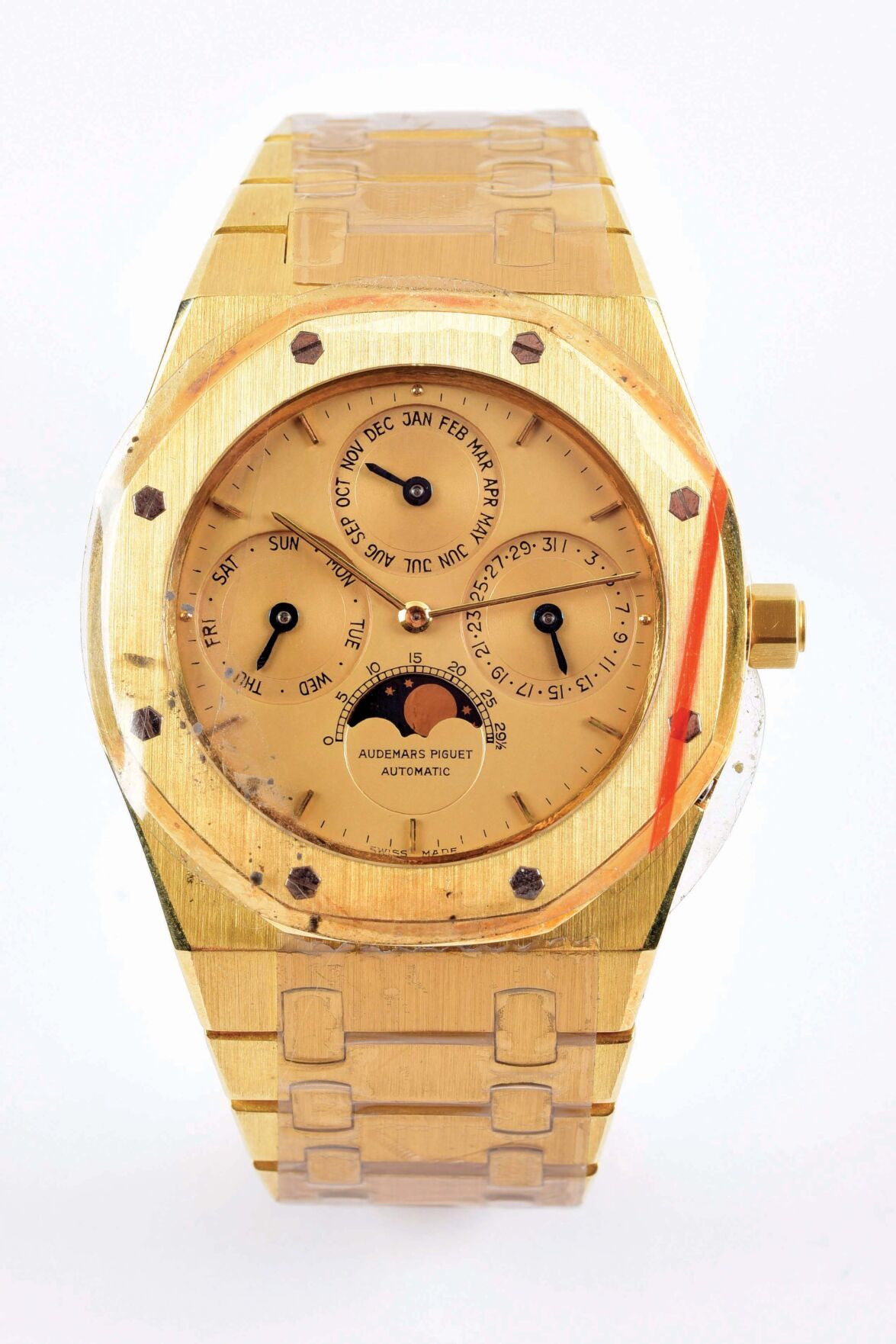 A men's gold Audemars Piguet Royal Oak Quantieme Perpetuel Automatique wristwatch sold for $73,800 against an estimate of $20,000-$30,000 during the Morphy's Fine & Decorative Arts Auction held in Denver on July 14 and 15. 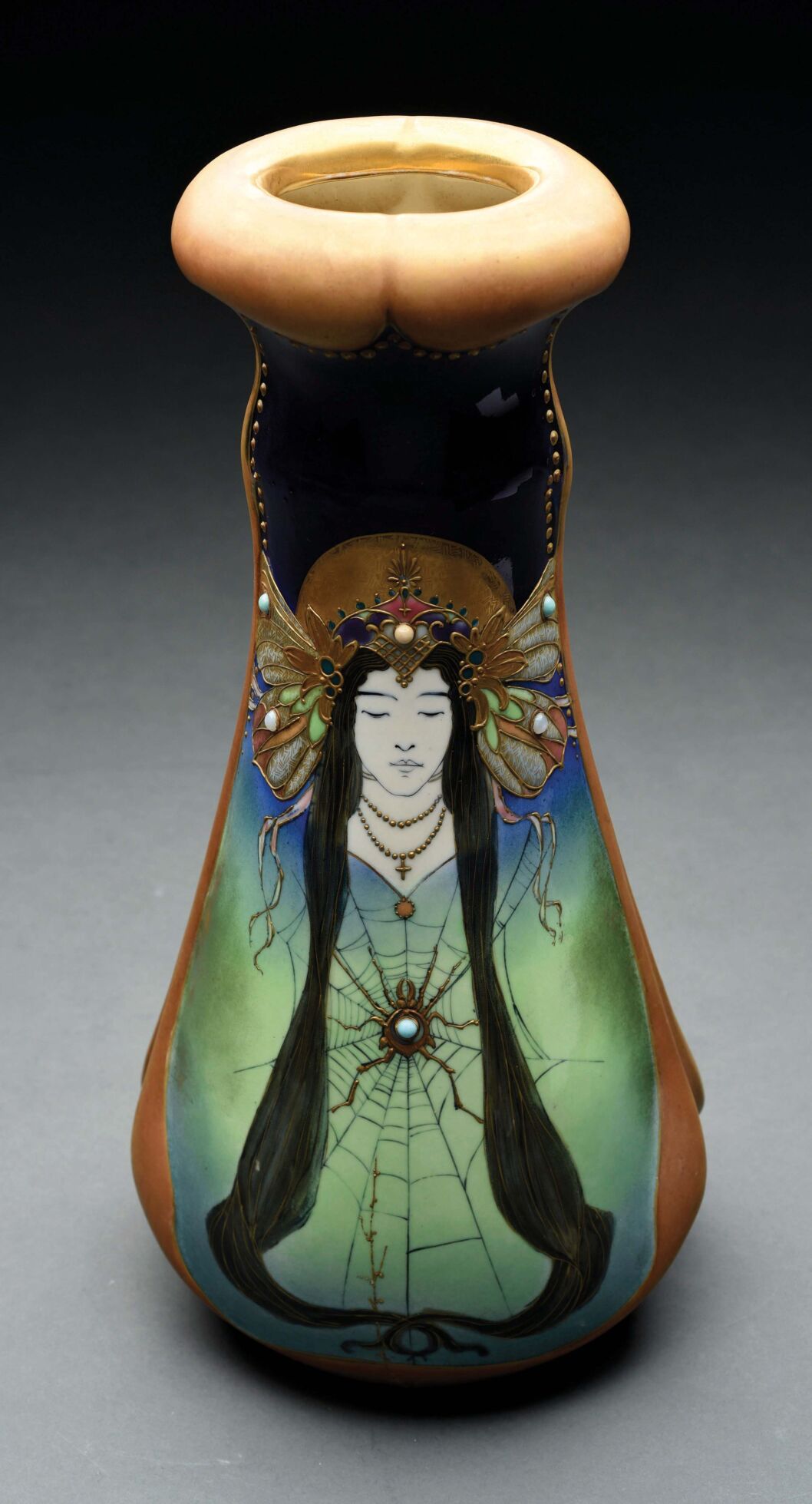 There was a lot of money on the table at the recent 3.2-million dollar auction at Morphy’s Fine and Decorative Arts Auction in Denver earlier this month. Literally. A classic Shaker sewing table fetched a $98,400 price tag during the auction.

The simple mixed wood, seven-drawer, drop-leaf Shaker table was crafted circa 1840 and was attributed to Elder David Terry of the Shaker community in Hancock, Massachusetts. Terry was known to made similar sewing tables, though some experts believe it could also have been crafted at the boys’ workshop at Hancock.

Other items sold at the auction included a rare “Spider Lady” Amphora ceramic vase decorated in the Art Nouveau style featuring a woman wearing a butterfly headdress and a jeweled spider in a web. The vase originally estimated to be worth $9,000-$12,000 was bid up to a winning price of $28,290 - an auction record for the category. A near-mint condition 18-inch Amphora Dragon vase surpassed its estimate of $6,000-$8,000 and sold for $40,590. The second installment of this Amphora collection will be auctioned off at Morphy’s during a December program.

A ladies' white gold ring with round-cut diamonds also sold above its estimated value at a winning bid of $43,050.

Another interesting item in the lot was a rare excellent condition walking stick made from a Narwal tusk. Once so exclusive only royalty were allowed to own them, the walking stick was originally rumored to be made from the legendary unicorn’s horn and believed to have magical powers. The walking stick, originally estimated at $5,000-$8,000, sold for $13,530.

“It’s nice to see that even during these most challenging times, the general antiques market is very strong in a number of areas,” said Morphy Auctions’ founder and president Dan Morphy in a press release for the two-day event. “We brought several fresh collections to the market in this sale and, in some cases, achieved record prices. The consignors were more than pleased with the results.”

What does a teenage performer do in the middle of a pandemic, while he’s in his hometown waiting for New York theaters to reopen so he can mak…