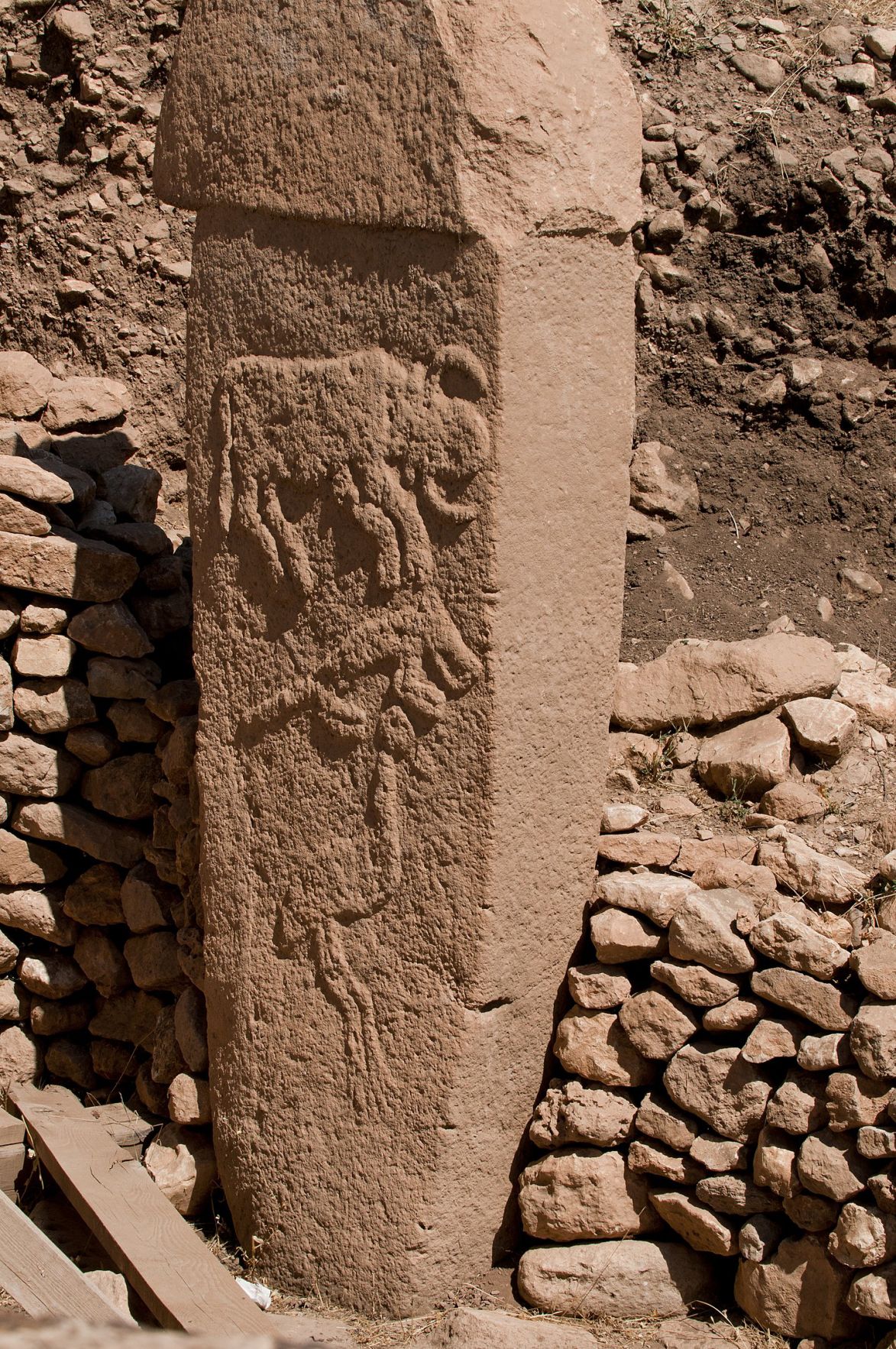 Gobekli Tepe, an archaeological site in Turkey that's also a UNESCO World Heritage Site, will be part of the discussion in Sam Schindler's "Response to Disaster" class.

Samuel Schindler says he got the germ of an idea for a class he is teaching this summer while talking to a couple of former students about the current coronavirus pandemic.

“It sort of blossomed as a result of a conversation I had with (the students) about how people were responding to the pandemic in terms of media,” Schindler says. “What were people writing about, what parts of the world they were focusing on, what narratives they were telling on how this came to be and what the historical precedents are.”

Schindler, an adjunct liberal arts professor at the Pennsylvania College of Art & Design in Lancaster, says the conversation got him thinking: “What has happened when there have been natural or (man-made) disasters? How have people responded to these things, en masse, in communities of faith?”

Those questions led Schindler, who teaches subjects ranging from communications to philosophy to contemporary politics online for various institutions, to develop a four-session class, “A History of Religious Response to Disaster.”

It’s one of three classes based in world religions that Schindler had planned to present online this summer.

(His workshop on “Foundations of Islam” has been canceled.)

Schindler’s “Response to Disaster” class will cover religious and philosophical responses to historical calamities, including a flood in ancient Mesopotamia, the collapse of China’s Zhou Dynasty into civil war, the fall of ancient Rome, and Muslim and Christian responses to the Black Plague.

With Lancaster County being a tight-knit community, “with one of the major foundational aspects (being) its rootedness in Christianity,” Schindler says, “I thought it was obvious that this community would be interested in (exploring) what we are doing as a community of faith: How are we reacting to unprecedented experiences” like the current pandemic?

Schindler will talk about “great flood” stories that have come out of various cultures through the millennia.

Faced with the loss of lives, land and crops, cultures find themselves asking “what did we do wrong to bring this disaster upon ourselves?” Schindler says. “And their relationship with the divine, with God, is really shaped by the landscape that they live in and the natural occurrences of living in a world that relies upon (vulnerable) natural resources.”

Schindler says the class also will cover the fall of ancient Rome, “which collapses because of a lot of things, but one reason is a pandemic. Go figure.”

“And so, how does Rome respond to a major pandemic in the fourth century? Well, actually, Christianity grows out of this pandemic,” Schindler says, and “the massive wave of death and destruction that it brings. People turn to Christianity as a result.”

In discussion with the class, Schindler says, he’s interested in exploring whether there are “lessons that we can draw from these other communities in history that can provide us with some guide to how to come together” in response to a crisis, Schindler says.

Or, he adds, “is it too fractured a society to say let’s come together and find some unified way to address” a pandemic?

Natalie Lascek, who directs art college’s Center for Creative Exploration, says these noncredit religion-based classes and workshops offered as adult enrichment classes — beyond the college’s regular degree programs — are an example of some new directions for continuing education at the college.

Religion courses have sometimes been offered as part of the liberal arts curriculum for the art and design students at the college, Lascek says.

They offer students an understanding of religious symbols in art and the religious narratives they come from.

When she was a college art student studying fiber and textiles, Lascek recalls, she took anthropology and world religion classes to understand the visual language, influenced by Buddhism and Hinduism, within textiles from India and other parts of Asia.

Part of tapping into creativity, Lascek says, is “having an expanded knowledge and awareness, of these things that inform our narratives and inform our visuals and kind of carry us through our own personal work.”

For many years, the art college has offered art and craft workshops, and credit classes in design, marketing and photography, through its continuing education program.

But, Lascek says, especially now that the college has put a Google Meet and Google Classroom online teaching structure in place since the COVID-19 shutdown, there will be opportunities to offer other kinds of online and hybrid enrichment classes — like these religion classes — to area students from youths to senior citizens.

“I feel like we’ve gotten enough of this whole ‘learning how to operate in a new modality’ under our belt that we can start to be creative and innovate again,” Lascek says.

Schindler’s enrichment classes are structured to start out with some readings and information from religious texts, followed by letting the course attendees, through their questions, help determine the direction of the discussion.

“I would much rather know what people are interested in learning about, and pivot that way, and be flexible,” he adds.

Through foundational religious texts, Schindler’s August class will explore Hinduism as a religion, a philosophy and a way of ordering society into a hierarchy of status.

He’ll also look at how Buddhism rose in the sixth and fifth centuries B.C. “in response to some of the politically oppressive aspects of Hinduism.”

After ministering for 31 years at St. Luke’s United Church of Christ in Lititz, organist retires

“One way of looking at Buddhism is ... what makes you any better than me, or what makes me any better than you,” Schindler says. “The basic purpose for living is to encounter and accept and transcend suffering. And since all of us suffer, no matter what economic status or political status we have, we’re all one in that way.

“It’s a political conversation, but it’s also a philosophical one,” Schindler says. The class “will be based on texts, and having the group engage in contextual analysis and conversation.”

Schindler says these world religion classes are designed for “anybody who has an interest in the origins of human beings and their approach to God, which I think is something people think about quite a bit,” but may not have a place to discuss.

“Maybe the only forum they have is their church, and maybe that’s too narrow for them, and they have some doubts and questions that they’d like to pursue,” he says.

“It’s a good thing to challenge your brain in different ways,” Lascek says. “To sit down and kind of open up some areas of thought, and (some) pondering, that you’re not doing on a regular basis. That’s a big part of what (Center for Creative Exploration) does.”

•  Both classes are offered through the Pennsylvania College of Art & Design Center for Creative Exploration.

•  Classes are held through Google online platforms (Meet and Classroom). When you sign up, you’ll receive the information on how to connect to the classes.

Manheim Farm Show canceled; Lancaster County down to 2 fairs for 2020

Several weeks ago, I woke up in a bad mood. I felt groggy and grouchy, and I didn’t want to get up and start the activities for the day.

Covenant United Methodist Church has announced a series of drive-in worship services in its Orange Street parking lot. The church will host se…