Backyards have become a refuge in the past few months.

Jeff Nolt of East Lampeter Township stumbled upon a new game, mölkky, when looking for something to make in return for a handmade Kubb game.

“It was even more accessible for younger children than Kubb,” he says. “In Kubb, you’re throwing sticks. With mölkky, it’s kind of like beanbag toss.”

The game is fun, can be set up in a lawn or on the beach and is easy to play with a few or a lot of people. The mental math of scoring also is a plus for Nolt, a fifth grade teacher at Lampeter-Strasburg’s Hans Herr Elementary School.

He added the mölkky sets he makes to his business, Silver Birch Woodshop.

Sales for outdoor games picked up in the spring as people hunkered down. 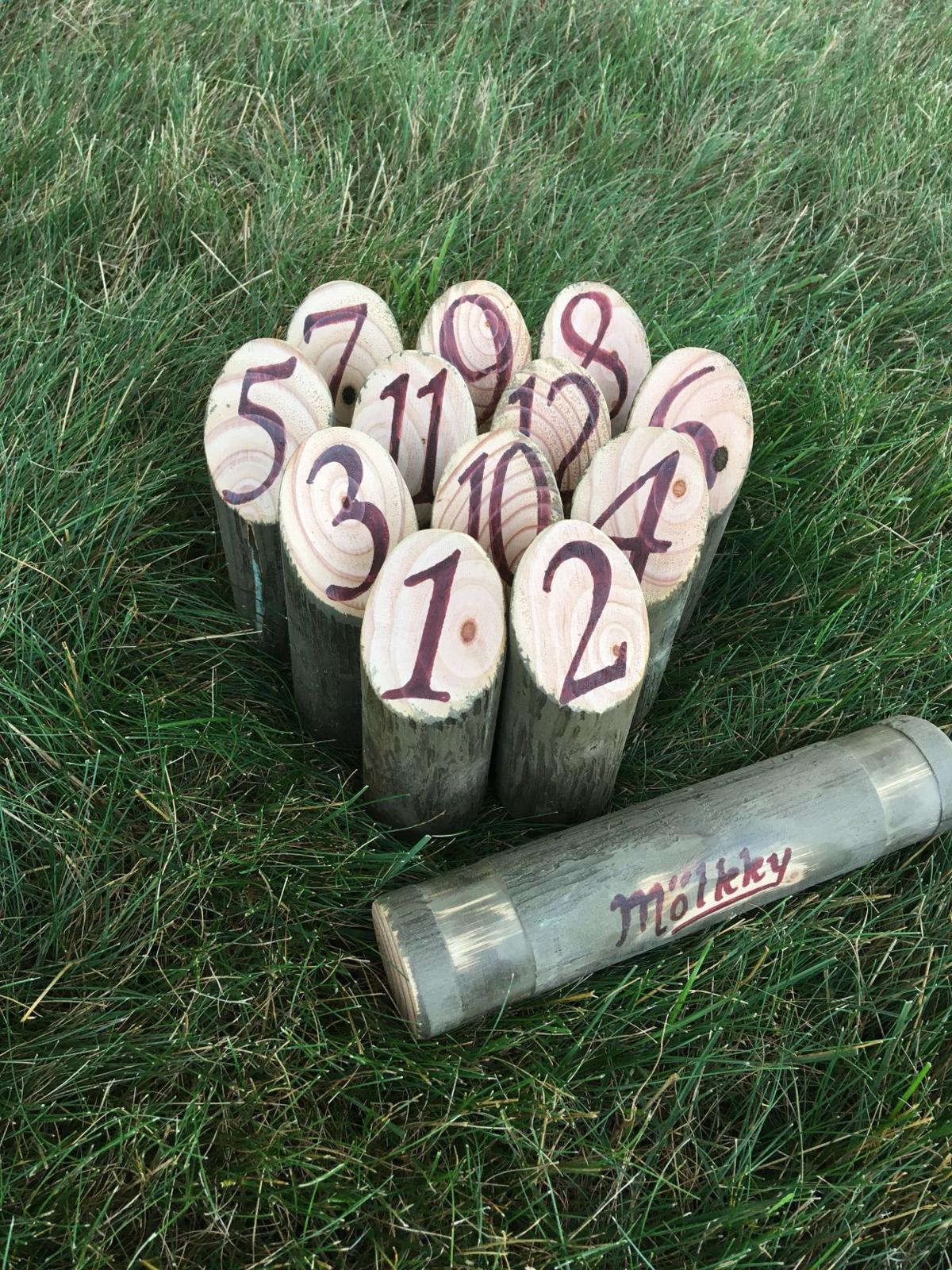 The gear: 12 numbered pins that are angled on the top plus one throwing pin. The throwing line is 11.5 feet from the pins.

The rules: Players or teams take turns trying to knock down pins by tossing a throwing pin. Knock down one pin and you get the amount of points marked on that pin. Knock down two or more pins and you get one point for each pin knocked over. To win, reach exactly 50 points. If your score goes over 50, it goes back to 25. Miss all pins three times in a row and you are out. 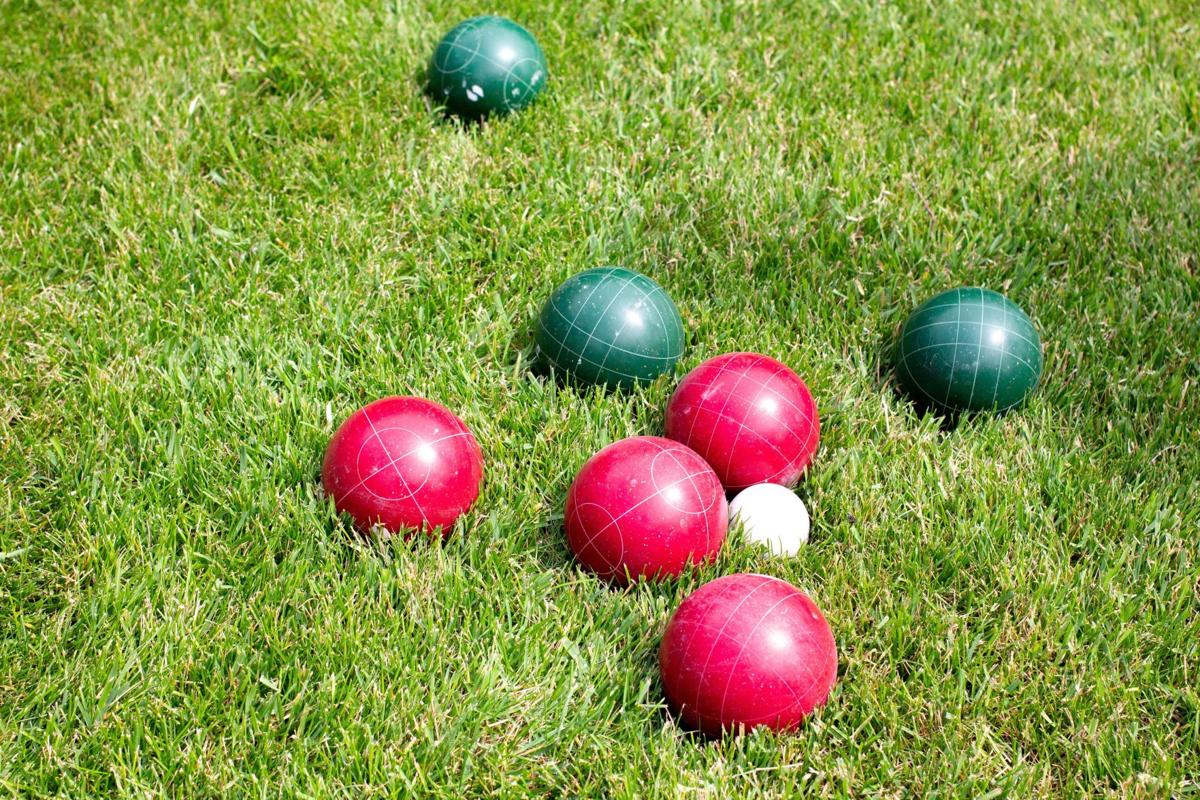 The gear: Eight bocce balls, four in each set, plus a smaller ball, the pallino. A regulation-size bocce court is 13 feet wide by 91 feet long but your game can fit your space. 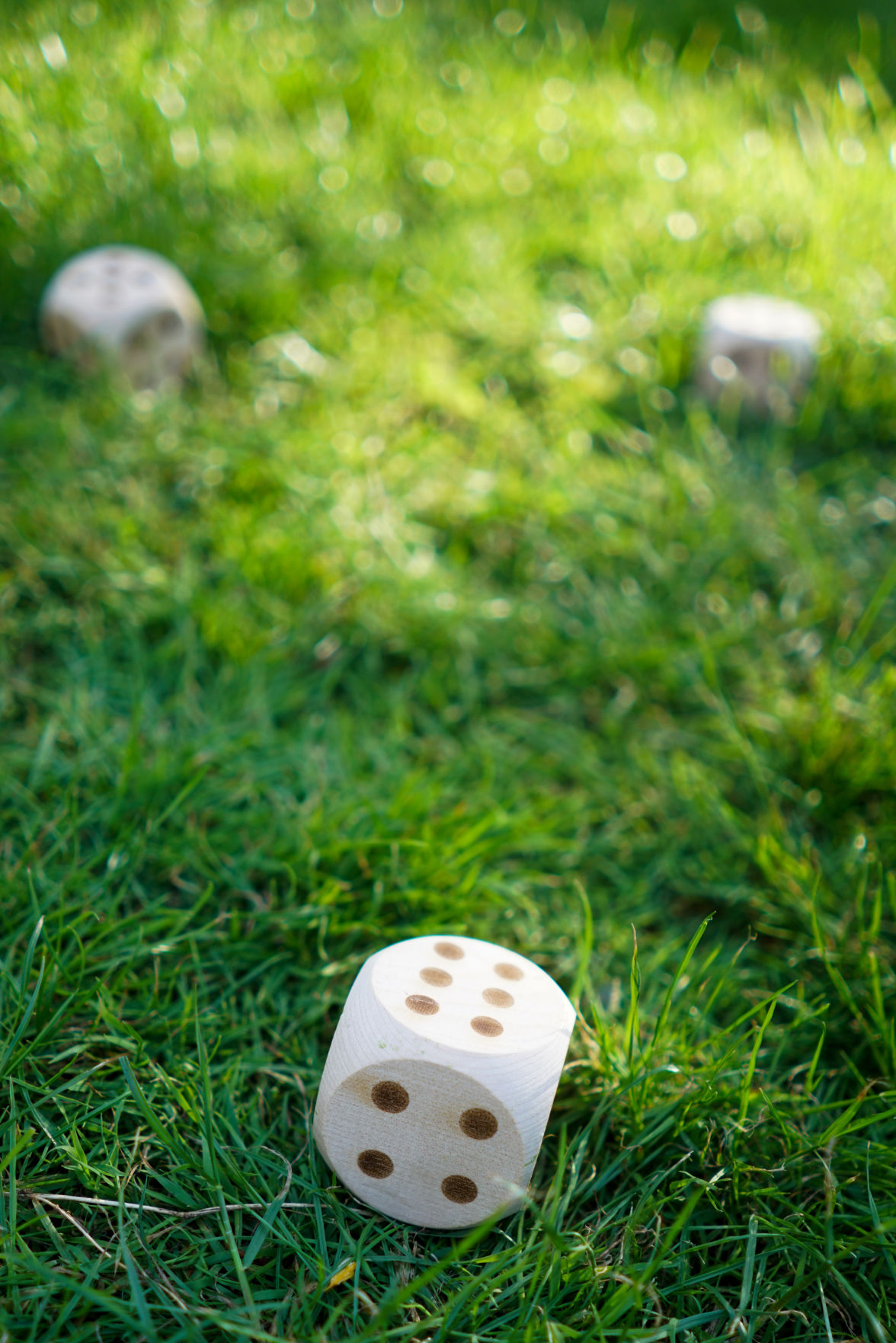 The rules: This game is just like the one played indoors but with giant dice. Roll the dice and rack up points. Ones, fives and three-of-a-kind dice are worth points. House rules vary. To win, reach 10,000 points. 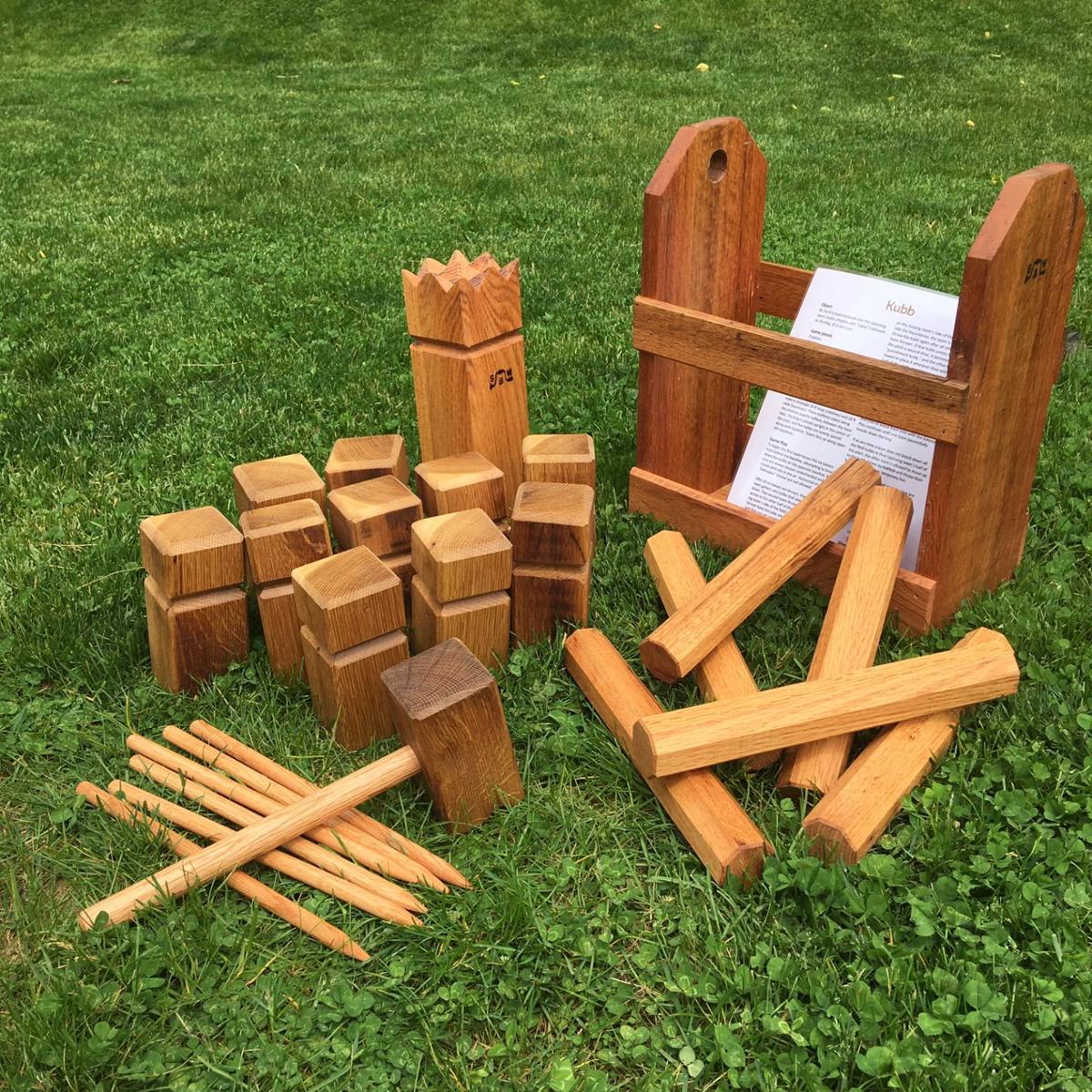 The rules: Place the king in the center of the court and five kubbs along both baselines. Throw the kubbs at the opponent’s kubbs. The winner of the game is the team that knocks down all opponent’s kubbs and then knocks over the king. 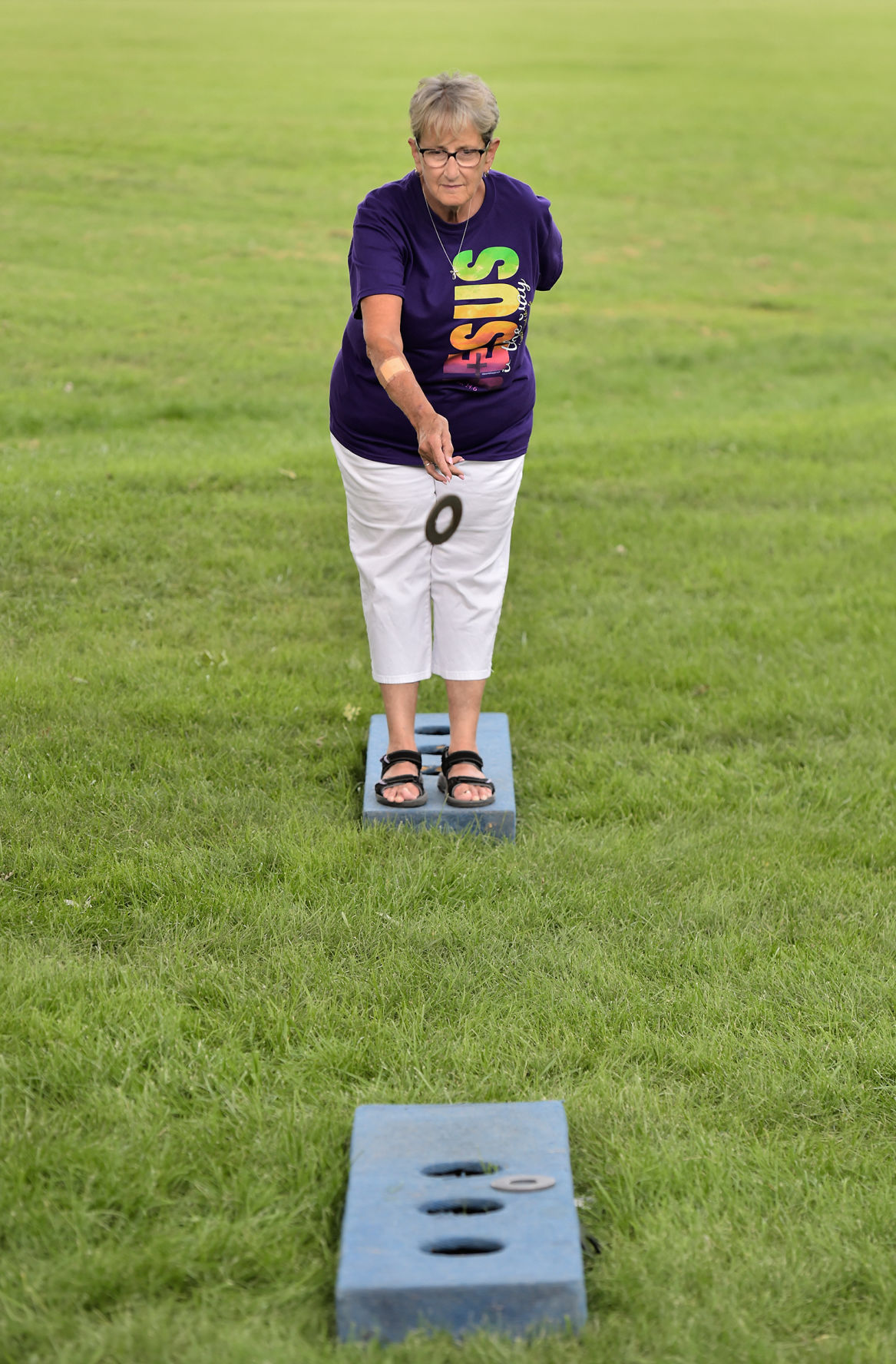 The gear: Six or eight washers and two target boxes.

Is sharing a game safe?

The virus that causes COVID-19 is mostly spread by respiratory droplets released when an infected person talks, coughs or sneezes, according to the Centers for Disease Control and Prevention. It is thought that the virus may spread to hands from a contaminated surface and then to the nose or mouth, causing infection.

Limit the sharing of objects between people outside of your household. Clean and disinfect shared equipment between use by different people to reduce the risk of COVID-19 spread.

Breweries making Black is Beautiful beer also are asked to commit to the long-term work of equality.