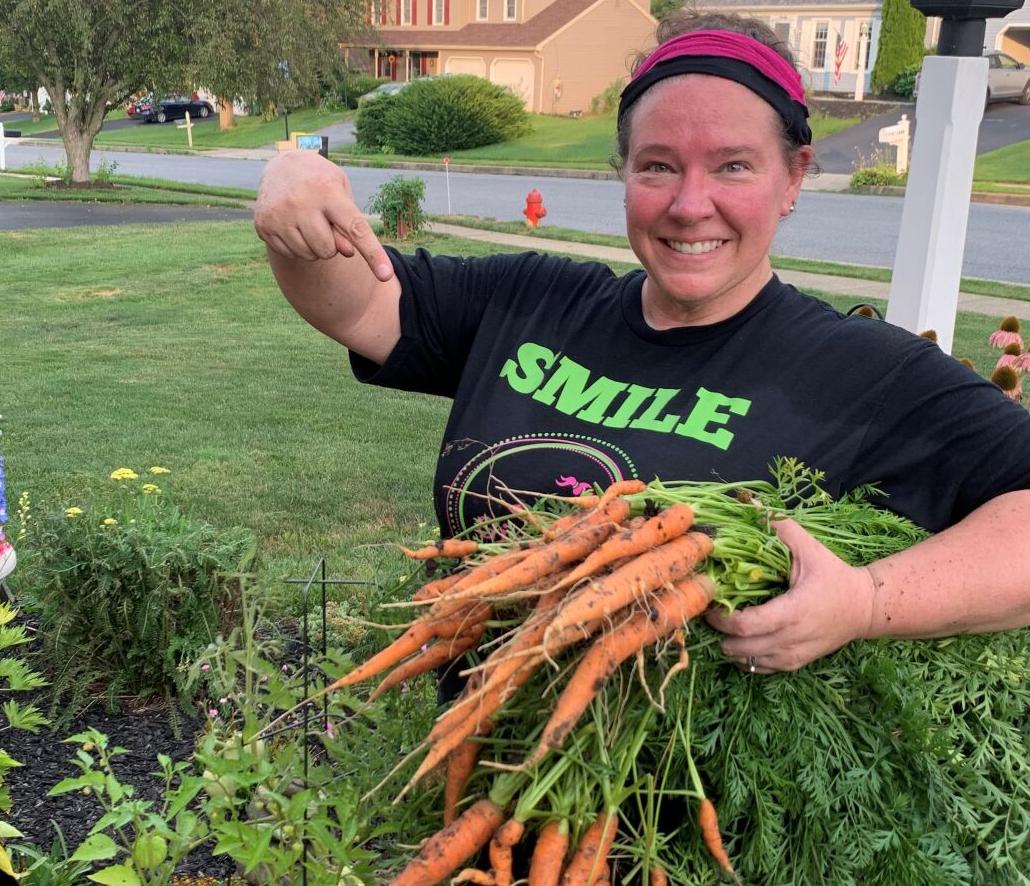 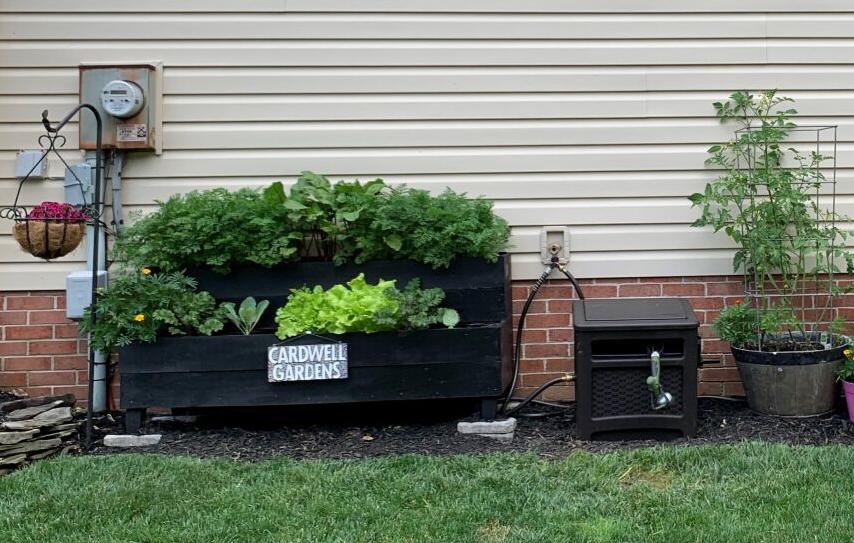 Beth Cardwell asked her husband, Ted, to build a two-tier planter (left) where she planted root crops on top and greens on the bottom. 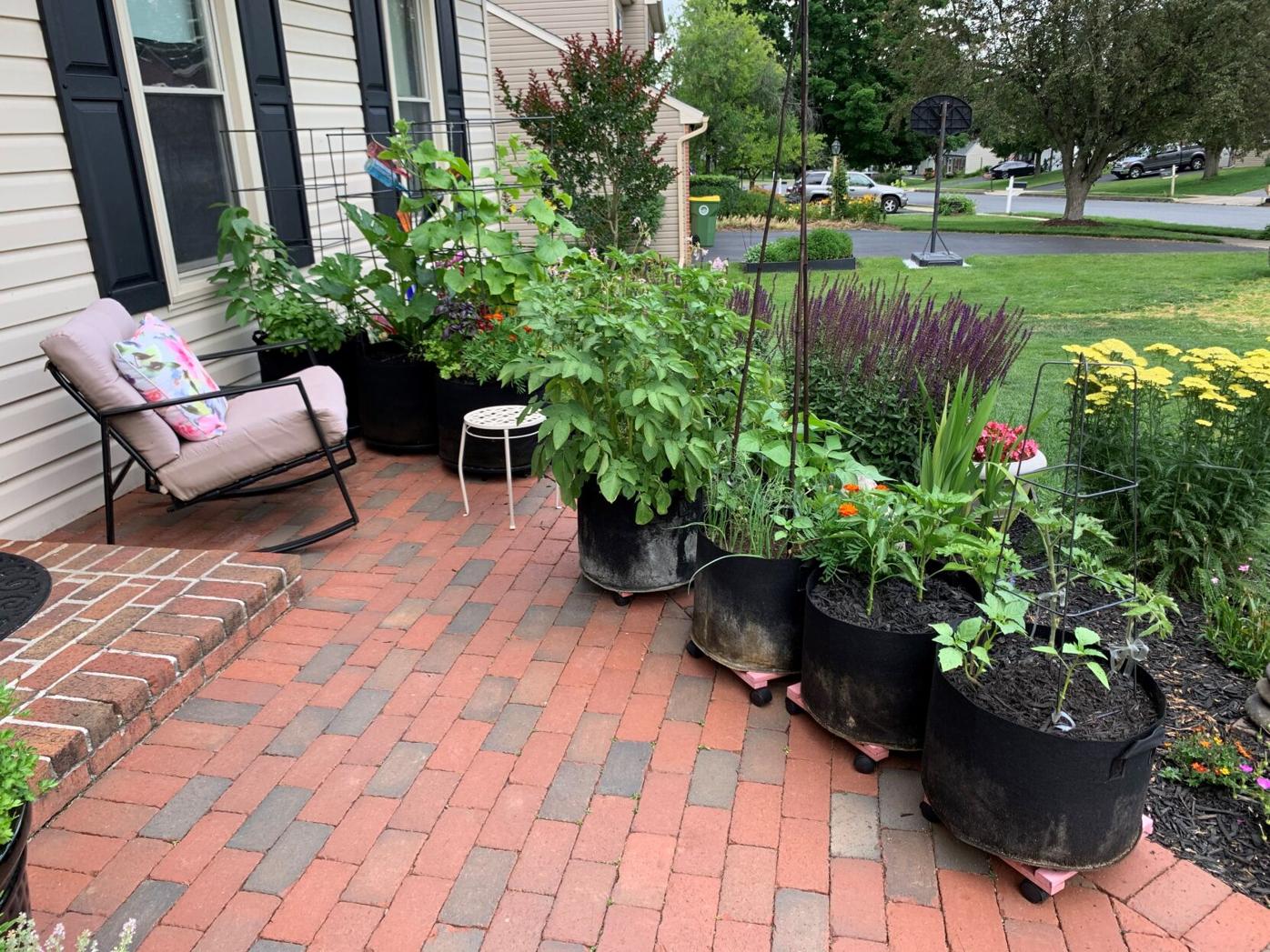 With more time in her schedule this spring, Beth Cardwell grow crops in 10- and 20-gallon fabric pots in her West Lampeter Township home. 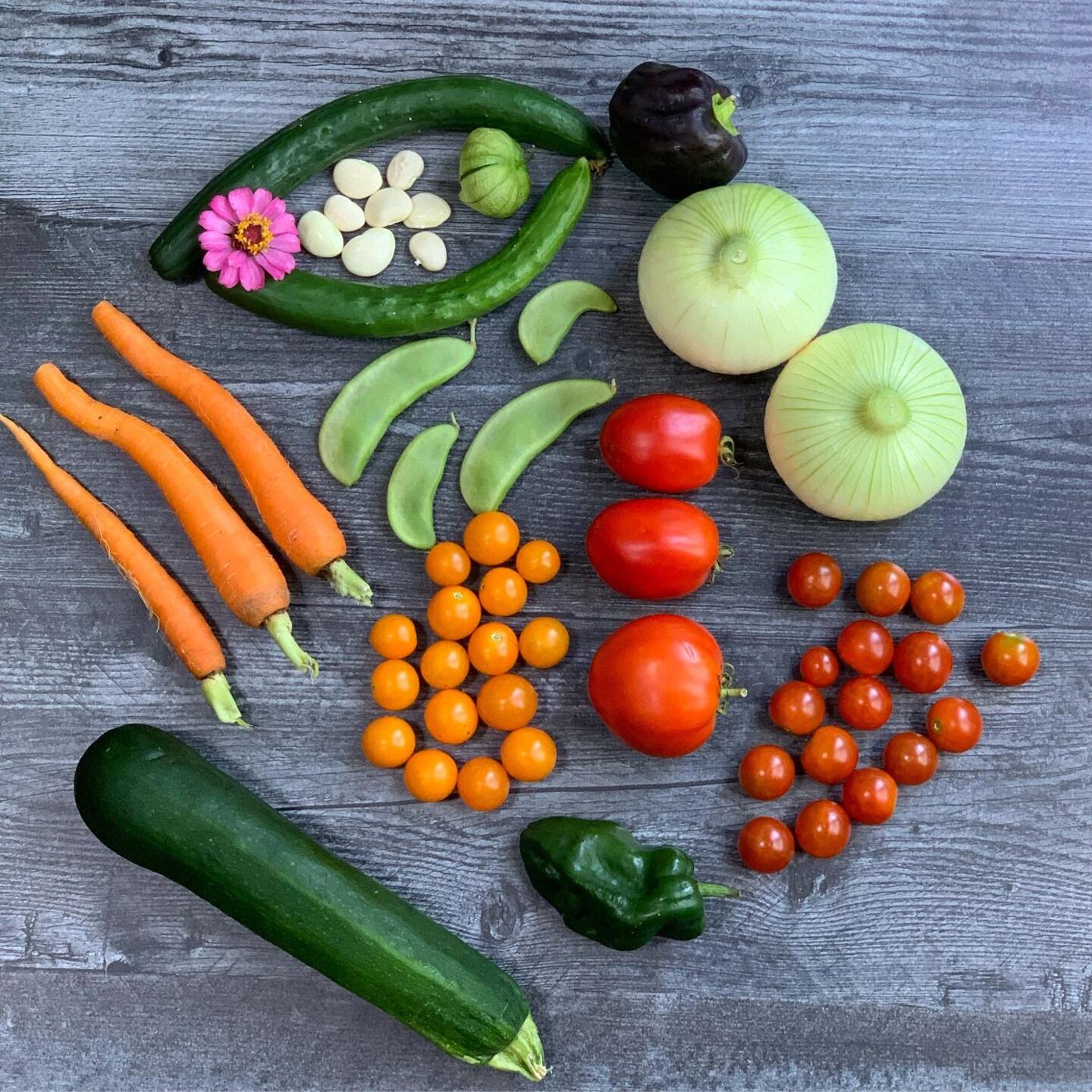 Beth Cardwell's a photographer so she took some artistic photos of her harvest.

By the first frost, Beth Cardwell had eight raised beds in her back yard plus landscaping rings. 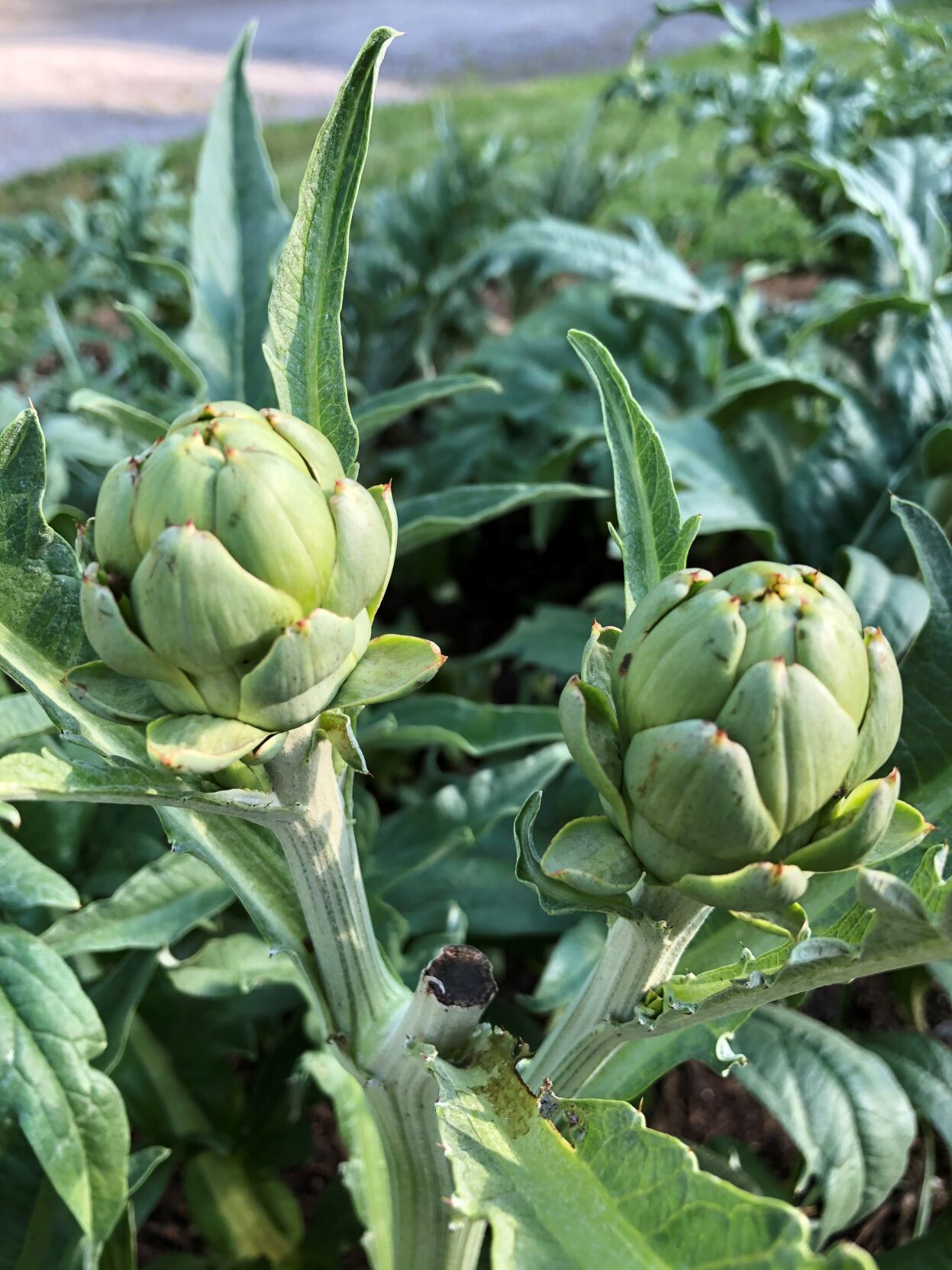 Rebecca Thatcher Murcia worked from home in early spring and had time for new crops like artichokes. 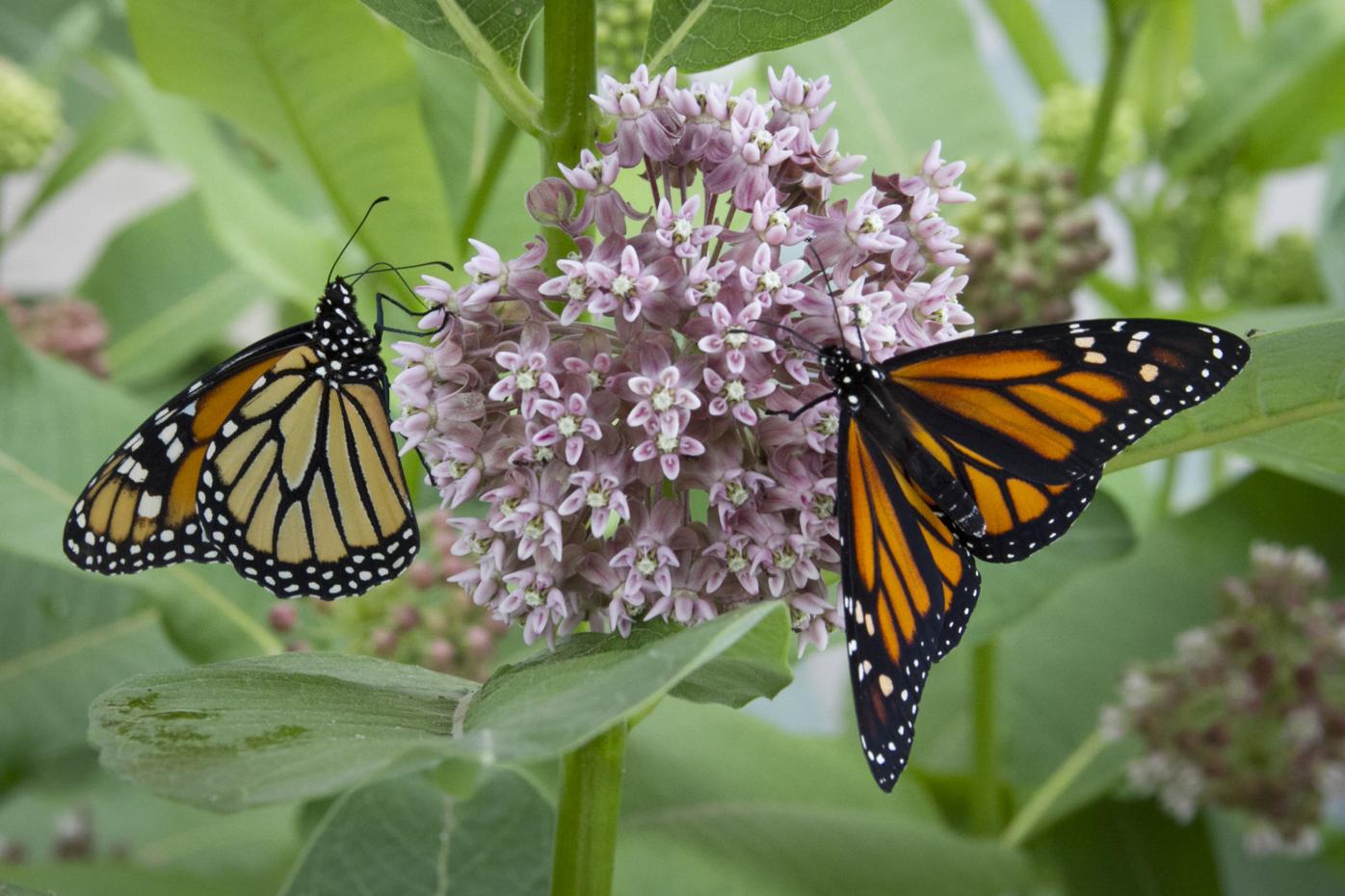 Milkweed, like this common milkweed, is a great plant to attract monarch butterflies because it is the only plant monarch caterpillars eat.

Beth Cardwell's a photographer so she took some artistic photos of her harvest.

At the beginning of the year, Beth Cardwell packed her spring schedule.

With three children headed to college next year, this was the time to book as many appointments as she could in her job as a photographer.

However, when COVID-19 shut down life, she was forced to cancel or postpone all of her shoots. With lots of time on her hands, Cardwell watched a video on growing your own potatoes.

“I could totally do that,” she said. “That looks so easy.”

Cardwell’s husband, Ted, built a two-tier planter, perfect for potatoes and root crops on top plus salad greens on the bottom. An assortment of fabric pots came next in their West Lampeter Township home. By the end of the season, Cardwell Gardens grew over eight raised beds and produced crops from lima beans to watermelon. Yes, she’s planted cabbage three times, yet she calls this garden her alternative to therapy.

“I was so stressed and this calmed me down,” she says.

Stuck at home this spring, across Lancaster County, people like Cardwell dug in and planted their own food and flowers. So many people gardened this year that Bucks County-based Burpee Seeds paused new orders to catch up. Now new gardeners and seasoned growers are winding down for the season.

Plants for food and pollinators

This spring, people turned to gardening for beauty, as an excuse to get outside, as a distraction from the pandemic and to grow their own food.

How many new gardeners decided to dig in?

“With everything locking down, people were insecure about food supply,” Zablocki says. “People were going to grocery stores and seeing shelves empty.”

Also, with lots of time at home, people wanted to improve their homes, indoors with houseplants and outdoors with plants, too.

When BloomBox would stock a monarch butterfly favorite, milkweed, it quickly sold out. In late April, the company reached peak plant frenzy by selling every vegetable plant in stock in two hours.

Some of those plants went to Cardwell and her growing garden.

She got ideas and tips from YouTube channels like Hollis & Nancy’s Homestead, Epic Gardening and Roots and Refuge Farm. That's where she got the idea for the two-tiered planter and growing crops in 10- and 20-gallon fabric pots. Adding rolling caddies helped move the pots into the sun or into the garden on cold nights.

Cardwell learned to search Facebook Marketplace for cages for her tomatoes and watermelon. That’s where she found a few of her raised beds, too.

She’s grown flowers like coneflower, zinnias and snapdragons for years along with basil and rosemary. Cardwell’s new crops sound more like a victory garden: beets, carrots, tomatoes, lettuce, peppers, celery. She also added a few new plants, like purple tomatillos, which caught her eye at the store and came home.

“I didn’t even know what a tomatillo was,” she says.

The cabbage crop, on the other hand, was more difficult. Cardwell wants to make her own sauerkraut, but pests attacked her first crop of cabbage and then the second. She has hope for the third round, which has a crop planted nearby to distract the pests.

If all goes well, she’ll ring in the new year with her own sauerkraut.

Some gardeners with more time at home tried a new crop.

Rebecca Thatcher Murcia worked from home in early spring. Without the 65- to 75-minute commute from Akron, she had more time outside. Playing soccer and hanging out with friends also were canceled.

“So many things were canceled, but it was great that gardening was not canceled,” she says.

The ground cherries didn’t thrive, but the artichokes produced a good harvest, a surprise in year one. Murcia’s going to cover the crop with mulch in hopes of having a perennial crop for next year.

While it has been shut down during the COVID-19 pandemic, Fulton Theatre has been changing its outward physical appearance through an ongoing …

It’s Christmas Eve, and, somehow, a famous guy in a red suit has shown up at the Amish home of Simon and Eliza Yoder.

'Mini November heat wave' to hit Lancaster County for the next week; here's how warm it will be

The Lancaster Public Library will hold a drive-thru book sale in the parking lot of its Leola branch library, which was recently closed perman…

Dr. Lori: How to find treasure in thrift-store shopping [art and antiques column]

Many people are sticking to their budgets or supplementing their income by shopping at and selling wares from thrift stores such as Goodwill, …