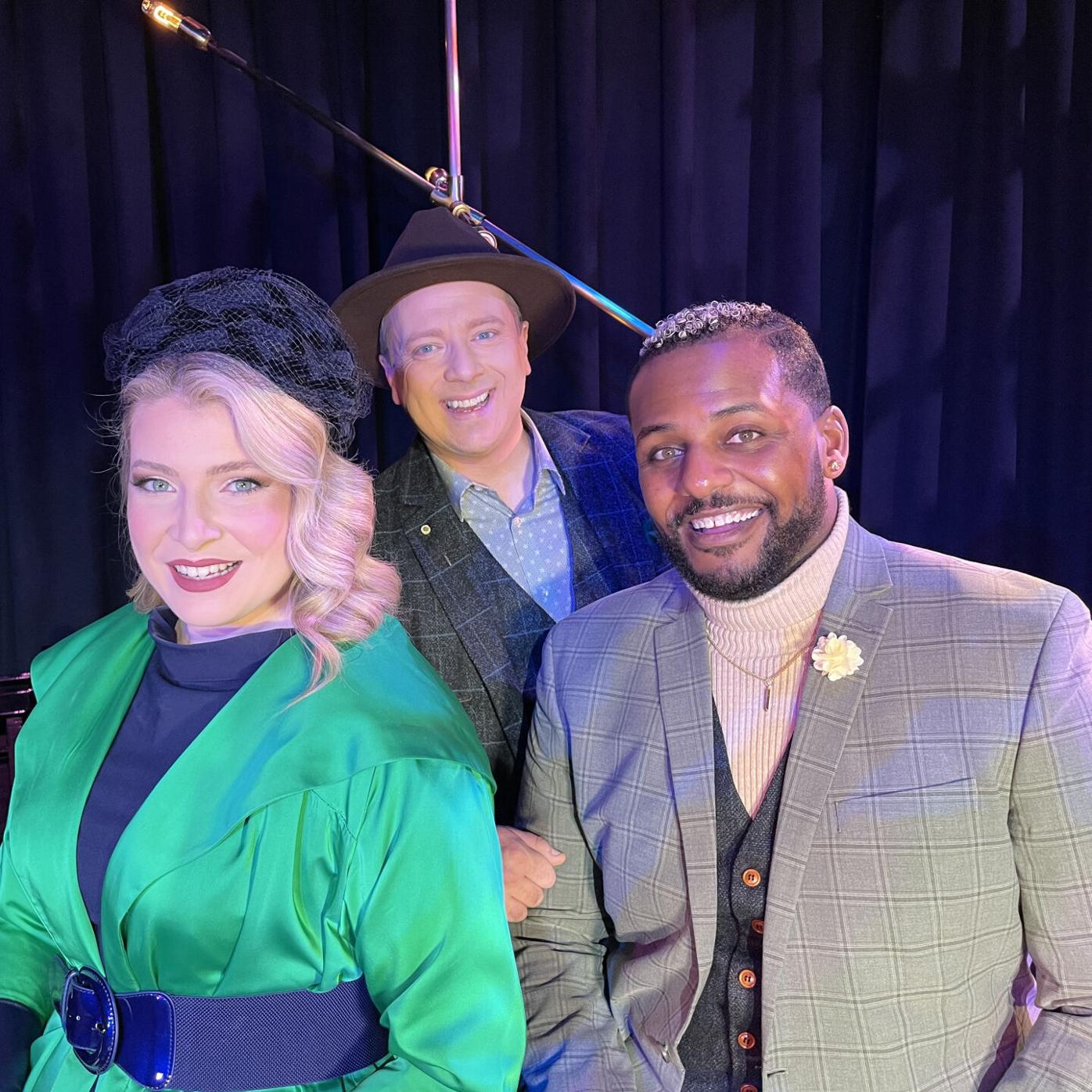 From left are the cast members of "Sammy and Sinatra" at Prima Theatre: Madison Paige Buck, Joshua Keefer and Joshua Green. 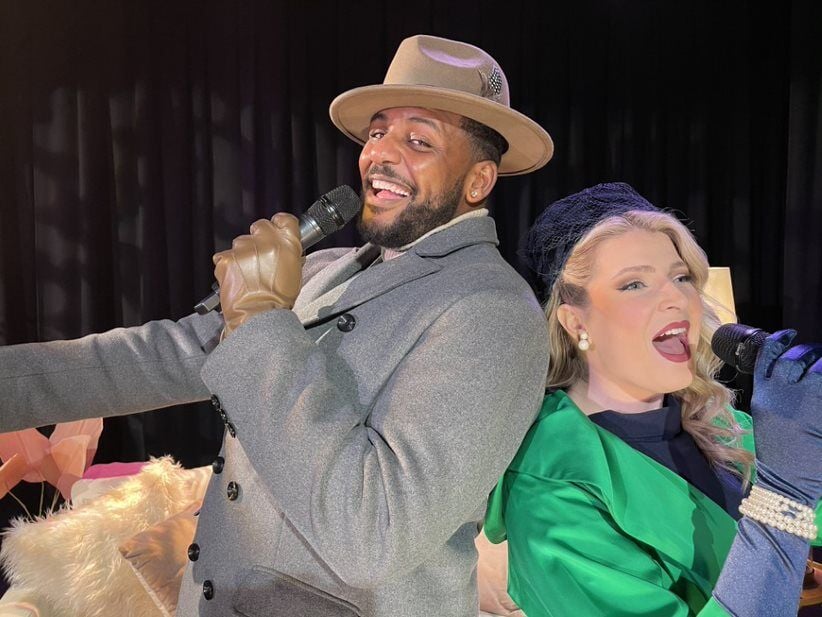 If you’re in downtown Lancaster on First Friday this week, and you see a black 1939 Buick Special driving around town with a police escort, you may soon be in for a free performance that has a bit of the old ring-a-ding-ding.

The three-person cast of “Sammy & Sinatra,” the opening show of Prima Theatre’s 2021 season, will be riding in that vintage car, ready to jump out and sing a few songs made famous by Frank Sinatra and Sammy Davis Jr. at various city spots, between 5 p.m. and a little after 8 p.m. Friday.

Planned stops and approximate times include:

- 7:30 p.m. Inside the lobby of the Lancaster Marriott/Lancaster County Convention Center, off Penn Square.

The “Sammy & Sinatra” cast will perform the songs, accompanied by an upright bass player, on a portable “set” that includes the car, a red carpet, theatrical lighting and amplification, says Mitch Nugent, Prima’s executive artistic producer.

“Sammy & Sinatra” tentatively had been set to be performed inside Prima’s theater space on Wheatland Avenue, Nugent says. But that space remains closed to audiences because of the COVID-19 pandemic.

Instead, the show has been filmed and will be available “on demand” through PrimaNow, the theater’s streaming platform.

Sinatra and Davis were solo acts, but their paths crossed for years in Las Vegas and beyond as part of the famed Rat Pack group of entertainers.

Prima’s filmed version of “Sammy & Sinatra” includes storytelling through an original script that offers “insights into ... the untold stories of these two gentlemen, related to how they dealt with politics and racism,” Nugent says.

“I did a lot of the research myself, and just found it really intriguing to get past the surface-level stories of these two artists, and how they fit into the times,” Nugent adds.

He wrote the script in collaboration with Starleisha Gingrich, founder of Lancaster’s Disrupt Theatre Company.

The filmed shows “include kind of a bar/cabaret club setting,” Nugent says, “and some clear-stage choreography. ... It’s giving people the feeling they’re in the theater, but also, we all recognize this is its own art form.”

Tickets to view the streamed show, which will be available at primatheatre.org/now, starting Friday, March 12, are $25. Those buying a ticket now can watch the show till the end of the year, Nugent says.

Audiences also can buy different subscription packages to watch Prima’s 2021 season shows, along with some of the theater’s past productions, “on demand.”

An abbreviated form of the show also will be available “on the move,” Nugent says, to be brought, in person, to neighborhoods, businesses, senior living communities and more in that same 1939 Buick audiences will see around town this Friday. These in-person performances cost $725.

You can visit primatheatre.org/sammy to find out about booking those performances between March 12 and 20.

Adding drawers on slides spruced up a kitchen pantry.

For nearly three decades, the world has watched Shaquille O'Neal dominate the game of basket…

This rosemary olive oil cake is great for breakfast; here's the recipe

My friend Katie lives in Brooklyn. She’s self-employed and lives alone in her apartment. Lik…

As COVID-19 disrupted supply chains and closed entertainment venues, many consumers turned to gardening, leading to a boom in business for garden centers.

It’s easy to spot obvious damage on your art, antiques and collectibles when you are considering spring cleaning.

The Fulton Opera House’s past, and its reported ghostly presences, will put it in the national spotlight Saturday, April 24, when an episode o…

The recent slowdown of the United States Postal Service reminded me of the following incident.