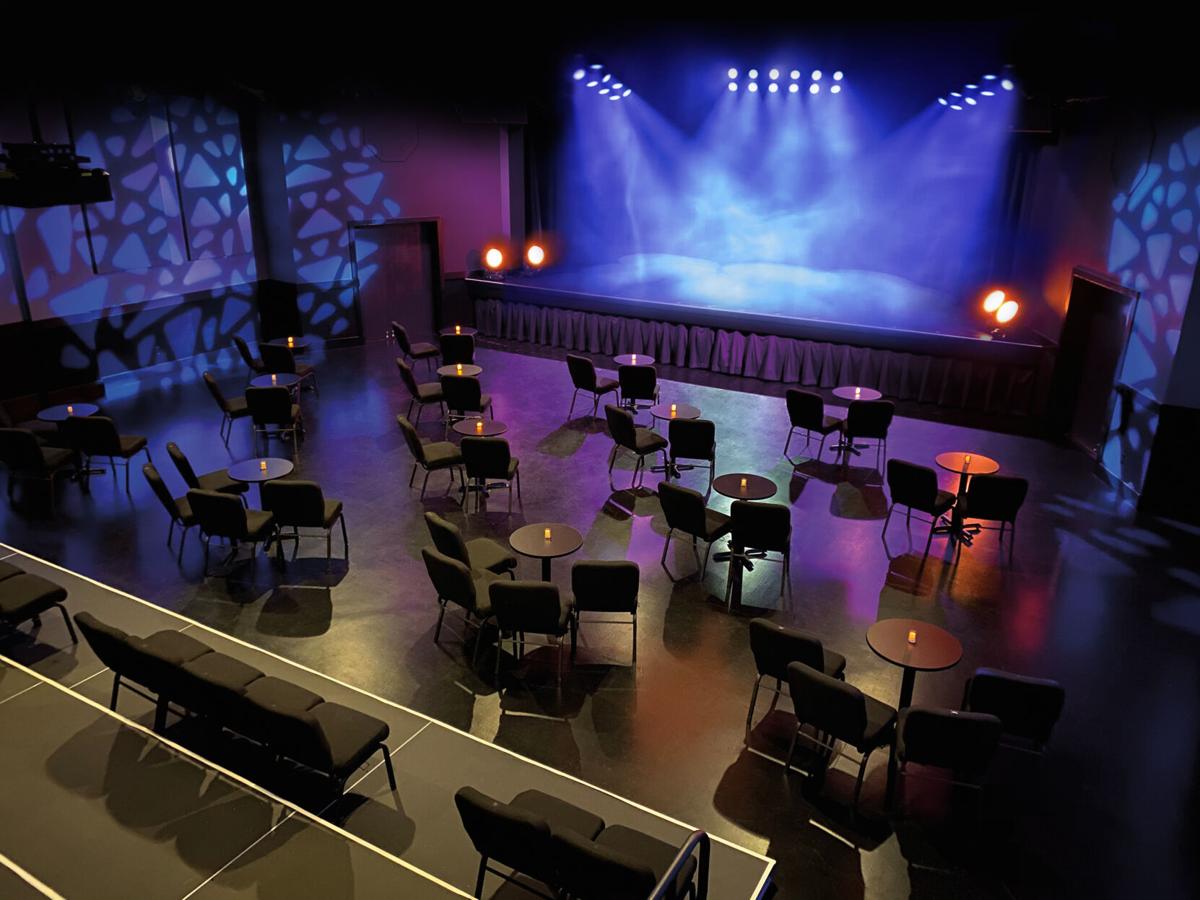 Audiences attending Prima Theatre shows next year will sit at tables that will allow for social distancing among parties. 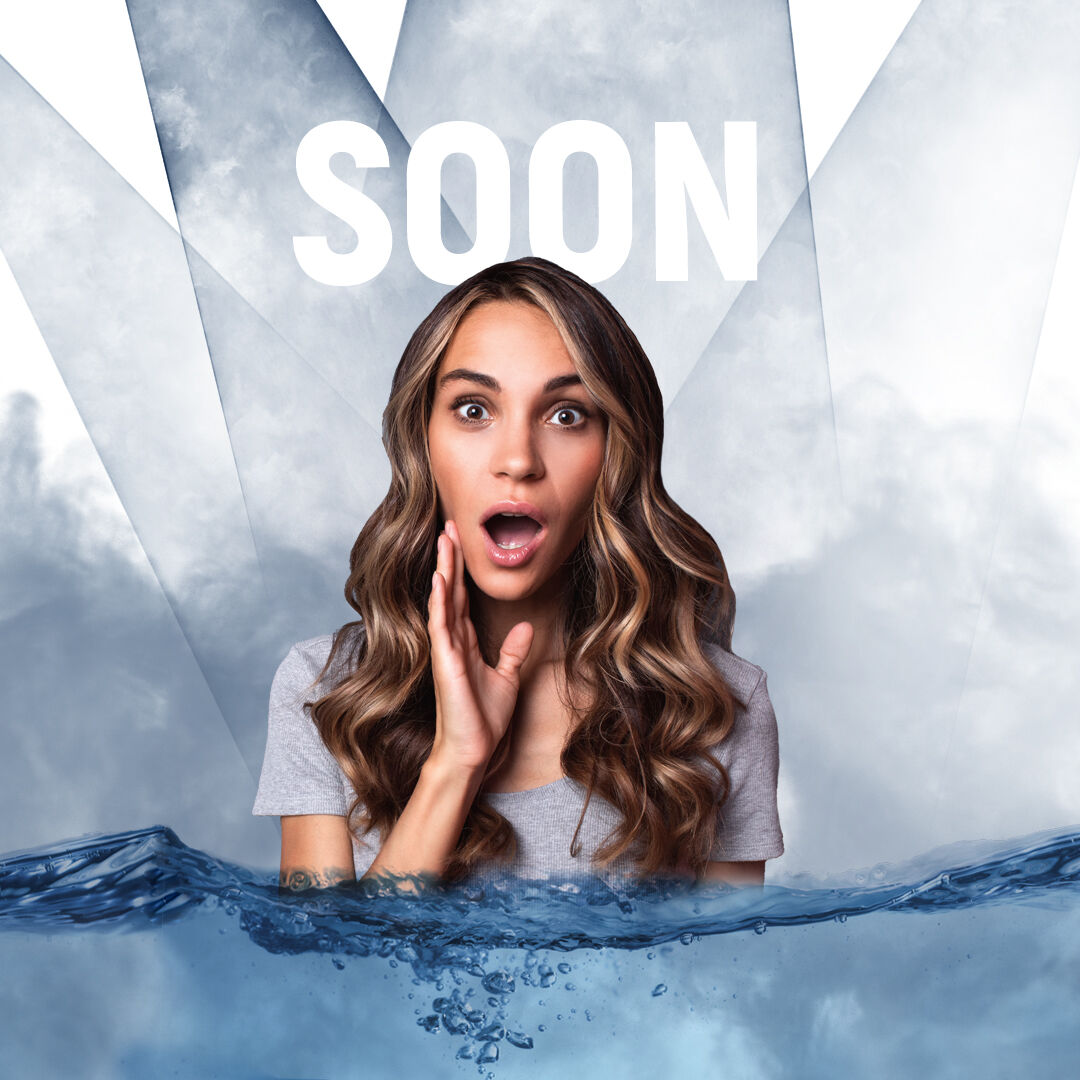 Social isolation and mortality are among the themes in the musical "Soon." 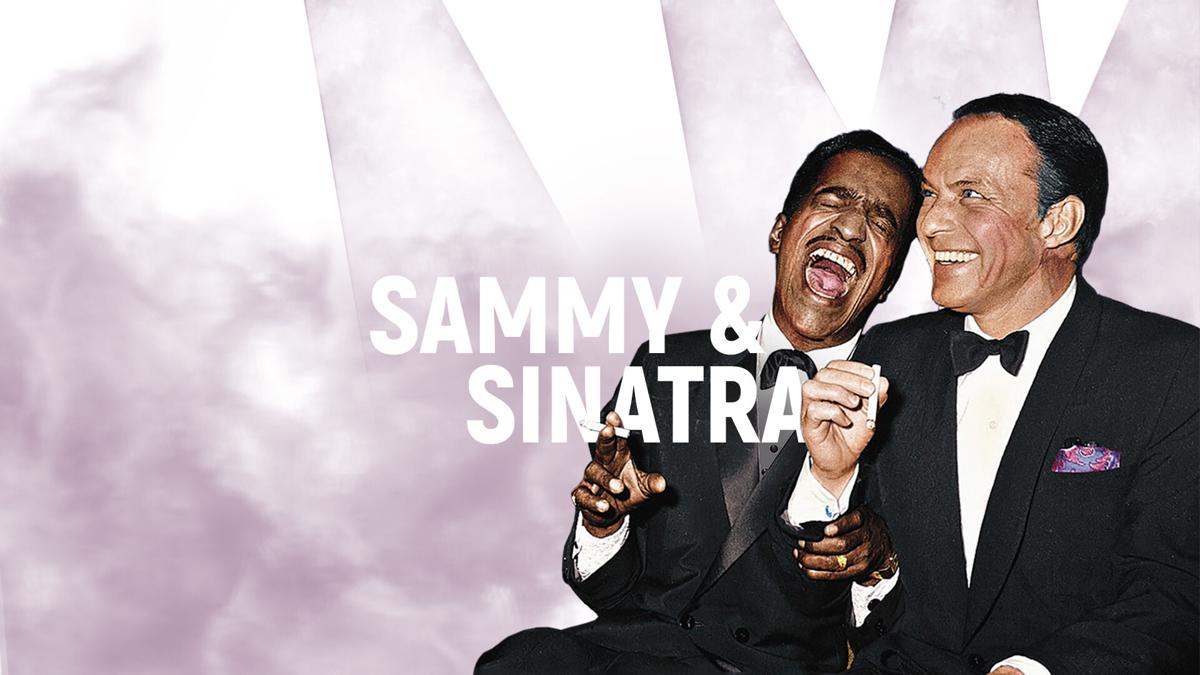 "Sammy & Sinatra" will explore the music of and relationship between Sammy David Jr. and Frank Sinatra. 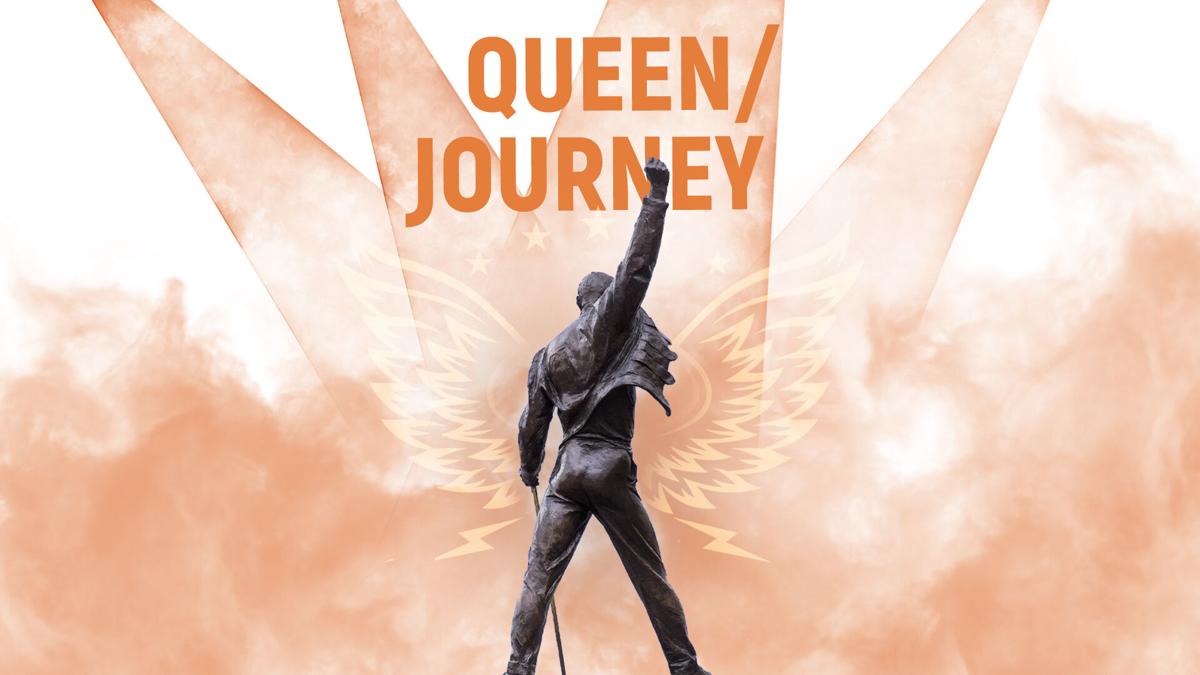 "Queen/Journey" is an original musical filled with the music of two popular, powerhouse bands. 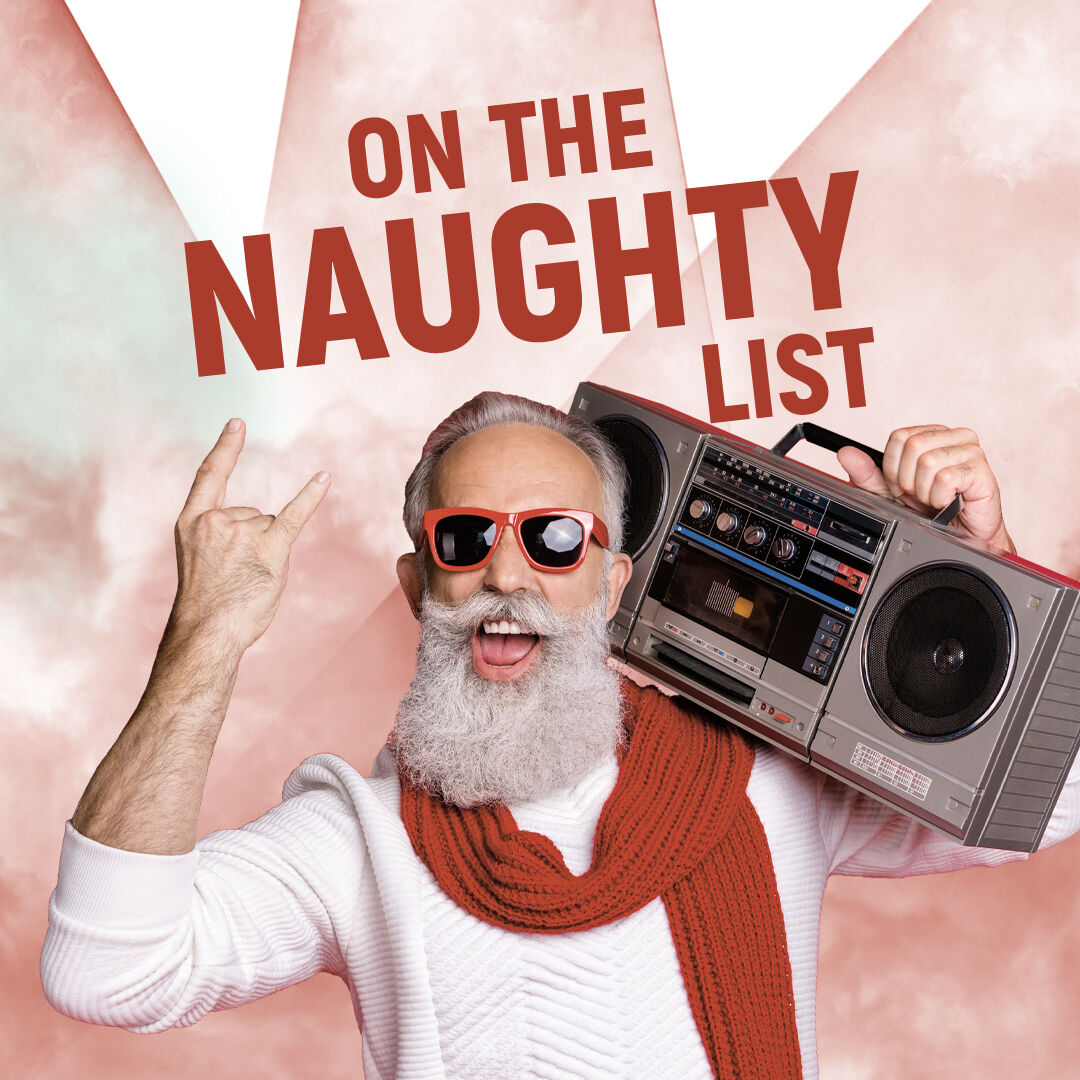 Holiday season 2021 will be filled with music and an examination of holiday traditions in the show "On the Naughty List." 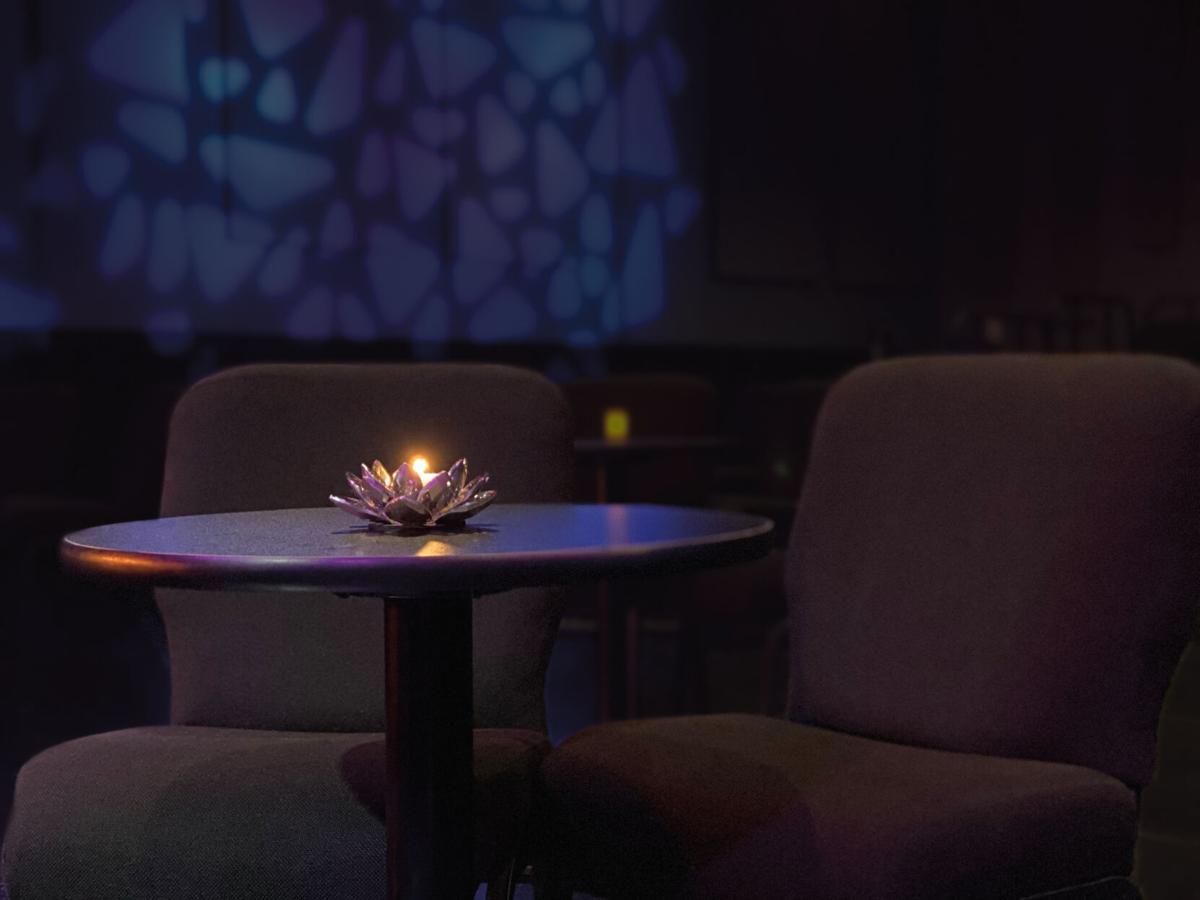 Audiences attending Prima Theatre shows next year will sit at tables that will allow for social distancing among parties.

The COVID-19 pandemic has made planning a 2021 season challenging for local theater companies.

They’re speculating on what form theater can and will take next year, and planning for the unknown future while under current state mandates.

Prima Theatre recently announced the four musical shows being presented as its 2021 season, with both social distancing and flexibility built in.

“There were a few filters to the programming,” says Mitch Nugent, executive artistic producer of Prima Theatre. “We needed to be able to have a minimal number of people on stage,” assuming social distancing will still be required.

Nugent says another consideration for the shows chosen was “does it meet the moment? Does the work fulfill our mission, and, specifically, in this period of time where the arts have the opportunity to play a vital role in creating hope and joy and reflection in this unparalleled time?”

In addition, “every show needed to be able to move to a different format, whether in or outside of the space” — Prima’s Lancaster theater at 941 Wheatland Ave., Nugent says.

“We need to have work that can pivot within itself, that we don’t have to announce throughout the year that we’re changing shows — that they could withstand anything happening,” Nugent says.

In addition, Prima negotiated the rights necessary to film and stream all four shows, beginning two weeks after each live performance closes.

Inside Prima’s theater space, Nugent says, the traditional theater seating will be replaced for 2021 by two- and four-person tables placed at proper social distances from each other.

“So, folks are distanced by party,” Nugent says. “And so we’re talking about less than 80 people ... for a venue that was normally a few hundred people in the house at any one time. Obviously, the capacity is lowered, but the room feels vital and energetic.”

These are the shows Prima has planned for Fridays and Saturdays in 2021.

•  “Sammy & Sinatra,” March 5-20, an original show featuring the songs of Rat Pack pals Sammy Davis Jr. and Frank Sinatra, along with stories surrounding their lives and their relationship.

“We really wanted to start off with something ... that’s familiar and fun,” Nugent says. “It’s got to be full of joy, and yet, when you look at these men’s lives and their relationship together, you see how prejudice, pop culture and politics really ... were part of their lives.

“Sinatra was trying to bring (Davis) with him into some of the clubs, and they wouldn’t allow him” because he was Black. “And Sinatra would say, then I’m not showing up,” Nugent says. “Sinatra has his back.

“The time we’re living in is not its own bubble, with no historic background,” Nugent says. “This has historical context. ... Those stories (of Sinatra and Davis), and the context of their time, have some implications to today.”

• “Queen/Journey,” June 5-19. an original show featuring the music of the two powerhouse bands.

“That’s the top concert material that we’ve been asked for, since we’ve been surveying our audiences,” Nugent says. “It’s the music of Journey or the music of Queen. So we smashed it together in one epic concert.

“We realize that, at the time that we’ll be releasing it, the weather’s going to be getting better,” he says. “If the world is not in perfect post-pandemic circumstances in June of 2021 ... we would be able to take that piece to be a drive-in concert, that it would be able to be mobile.”

Nugent likens a possible altered format to the “Brave & Beautiful” concert show Prima presented in September on flat-bed trucks — both mobile and stationary for drive-in audiences in a parking lot.

“The intent is to replicate the energy of an arena concert. ... Just like you took a couple of shots of Red Bull and you’re just going at it,” Nugent adds.

“We have a really nice relationship with the folks at Signature Theatre in Arlington (Virginia),” Nugent says. “If Prima is sort of the off-Broadway option for Lancaster city, then we need to be taking the leap to do some more of that fresh work.”

Signature Theatre produced “Soon,” a four-person musical about a woman quarantined in her apartment, in 2015.

“Early in COVID ... we were looking for apocalyptic musicals,” Nugent says. “It felt like we were living in the end of an era, the start of something new.

“In the piece, we think, as an audience, (that for) this main character who is quarantining herself in her apartment, it appears like the world is ending because of climate change,” Nugent says.

But the audience will learn that she is isolated for a different reason.

The character must come to terms with how we all must choose to live our lives, knowing they’ll end someday.

“It’s this gorgeous, hilarious and heart-wrenching piece,” with contemporary songs, Nugent says. “It just feels like, wherever we are in 2021, we’re going to still live with the fact that we are living in times where quarantine won’t be foreign.”

“We embark on every holiday season, where we get together most often with the people who are the ones that annoy us the most, and then tell stories about a man who breaks into your house and kisses your mama,” Nugent says. “This is weird. It’s a time to sort of laugh about all of that, and do the classic (holiday) tunes but in Prima style.”

There also will be some spoken-word-style storytelling, and possibly the presentation of Christmas stories as revolutionary ones when they’re placed in historical context, Nugent says.

The flexibility of all these 2021 shows, Nugent says, “is to say to the community, ‘You can jump into this season, you can subscribe to it, and really, in every eventuality, you’re still going to get the theatrical experience.

“If there’s ever a year to thrive, it’s this upcoming one,” Nugent says. “We all need invigoration in our lives; we all need celebration, and hope and joy. And I’m hoping we can be one place (where that) can be a guaranteed.”

To subscribe to Prima’s 2021 season, visit primatheatre.org/subscribe. A variety of passes and packages is available, ranging from a premium opening-night pass for all four shows for $325, to three tickets to any of the shows for $156, to an $86 pass to stream all four shows online.

Prima Theatre still has some entertainment to present next month for this holiday season.

Prima’s LanCarolers, a group of four singers presenting a cappella arrangements in the style of Pentatonix, will be carried around Lancaster city and other areas in a heated trolley filled with theatrical lighting, says Mitch Nugent, Prima’s executive artistic producer.

“People can order a concert,” Nugent says, including businesses that want to surprise their employees or clients, or groups of neighbors who just want a concert in front of their homes.

“It’s an investment in an experience, in creating memories,” Nugent says. “It’s not Victorian carolers, it’s contemprary carolers. The trolley pulls up in front (of a home or business), and four carolers get off of it. They’re distancing, and wearing singer’s masks, which are different from normal masks. They have more space for breathing.

“These (masks) were ordered from Manhattan, to create a safe singing experience, whether it’s at somebody’s front door or at a senior living community outside or throughout the city,” Nugent says.

In addition, the LanCarolers and their trolley will be driven throughout Lancaster city between 4 and 7 p.m. Friday, Dec. 4, to perform as part of the city Office of Promotion’s Weekend Winter Wonderland event.

The singers will be costumed by staff at Lancaster’s American Music Theatre, Nugent adds.

For those seeking to hire the trolley and LanCarolers, the concerts are about 15 to 20 minutes long and cost $725 to book.

The LanCarolers are available Fridays and Saturdays from Dec. 4 to 19. For more information, visit primatheatre.org/carol or call 717-327-5124.

Deck the halls with these 7 holiday tours in Lancaster County

Ask the pediatrician: How has pediatrics changed over the past 50 years? [column]

Morphy's, the Denver auction house, has a luxurious list of items up for auction Dec. 8-10.

For the next three Fridays, Servant Stage will be offering audience Christmas entertainment in the comfort of their homes.

Thaddeus Stevens’ role in Congress during the Civil War will be the subject of a talk by author and historian Fergus M. Bordewich at the next …

Because tickets for the rare public tours of High Point Mansion in Hershey sold out immediately after they were announced, a limited number of…

Remembering 50 years of 'Masterpiece,' and a mom's love for British drama [Unscripted column]

When I was in high school in the 1970s, I remember wandering into the living room while my mother was watching some TV show filled with gowns,…

In Terre Hill, in the early 1980s, my father, William F. Stirk, rescued and set about restoring a 1938 REO Speed Wagon firetruck that was orig…

Santa to visit Lancaster via firetruck Saturday; here are his routes

Santa will be making his rounds — socially distanced, of course — today and Saturday throughout the city of Lancaster.