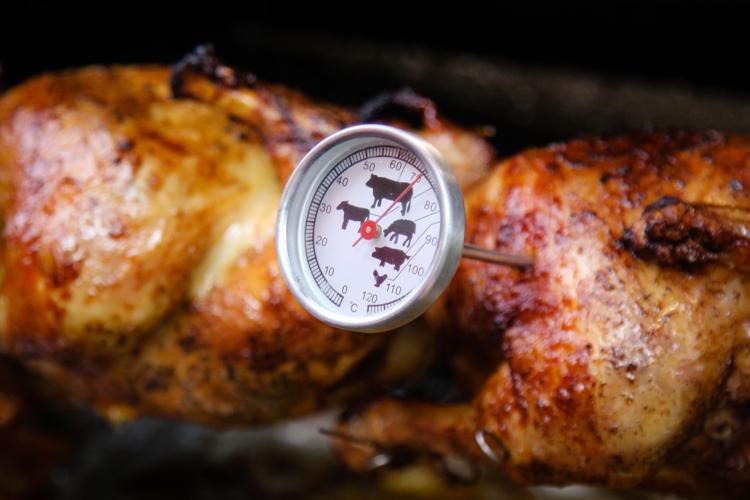 Do you know how to cook your food safely by observing proper cooking temperatures? 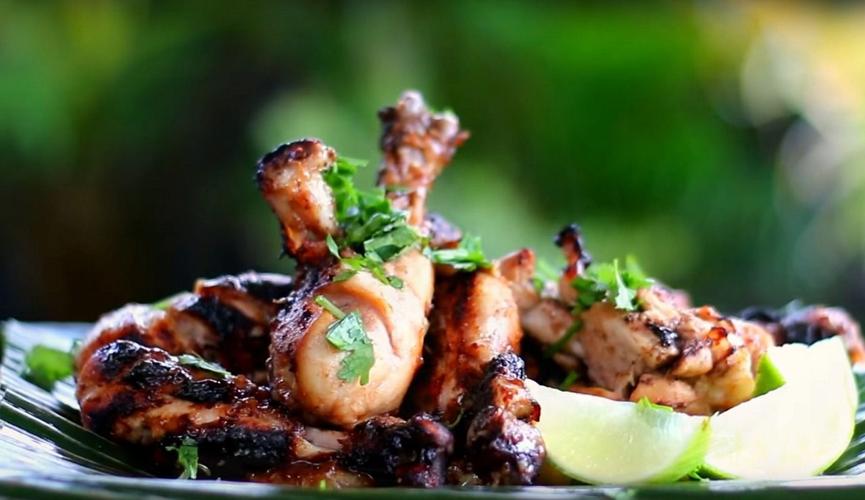 Chicken should be cooked to a minimum internal temperature of 165 degrees. 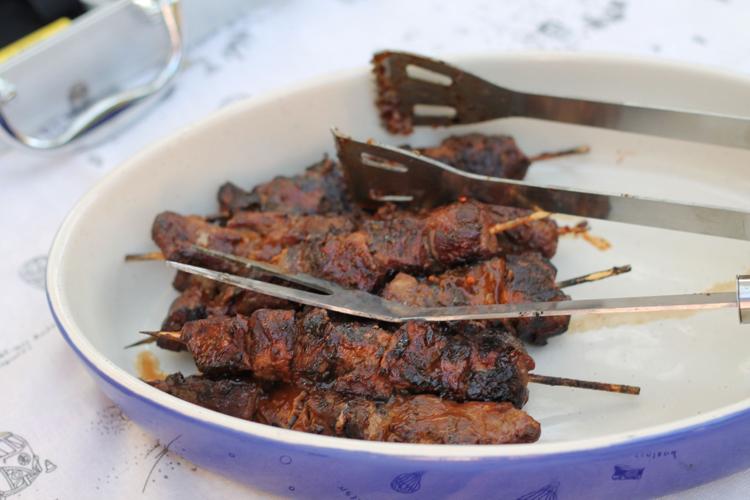 Use a fresh plate for cooked food; don't put it on the same dish on which raw food sat.

When it comes to summer food safety, Martha Zepp says there are two words to remember: “Time and temperature.”

Those serving up summer meals on the patio, the deck or a picnic table out in a park, she says, need to be cognizant of how long they’re leaving their food out, unrefrigerated, and at what level their meat should be cooked.

Zepp, Penn State Extension program assistant in Lancaster, specializing in food preservation, notes some of the hot days we’ve been experiencing recently can help promote the growth of bacteria in food.

“If it’s not too warm outside,” she says, perishable food “can be left out for no more than two hours.”

But, if the temperature outside is 90 degrees or above, you should refrigerate food after no more than one hour.

Perishable foods, she says, include entrees such as meat, poultry and fish, along with casseroles and salads, guacamole and other dips.

“You think about those 90-degree days we’ve had recently. It would not take long for bacteria to multiply” in those conditions, Zepp says.

The U.S. Department of Agriculture’s Food Safety and Inspection Service cautions there’s a “danger zone” of 40 to 140 degrees, Zepp says.

If your food remains in that temperature range for long enough, she notes, bacteria can multiply. And that can make you sick, she says.

Zepp says you can put out bowls of crushed ice, and then set your bowl of macaroni or potato salad on top of the ice bowl to help keep the food cold.

Once you recognize picnic food needs to be refrigerated, Zepp says, you’ll need some well-insulated coolers filled with ice or ice packs in which to cool the food down to below 40 degrees.

Make sure you pack the contents of the cooler tightly, she says.

“The less air space in that cooler, the easier it will be to keep things cold,” Zepp says. “So, they can fill space with ice packs. They could even fill plastic jugs with water. I’ve taken quart or half-gallon milk jugs and filled them with water (and frozen them), and used them to help fill up that cooler.”

Before the days of well-insulated coolers, Zepp recalls, you could pack the cooler with crumpled-up newspaper to reduce the amount of air space.

“You don't want the juices from (raw meats) getting on your other foods,” Zepp cautions.

In addition, she recommends bringing another cooler just for beverages.

“When people keep opening a cooler to get a beverage,” she says, the hot outdoor air is allowed into the cooler more often. So the food you’re refrigerating should be stored separately from the drinks.

Those dining al fresco should make sure that they wash their hands, whether eating or preparing the food.

“If you don’t have a source of water” at a park, for example, Zepp says, “bring an extra jug of water” for hand-washing.

You can also bring along hand sanitizer or antibacterial wipes.

“I always keep some individually wrapped wipes in my purse,” she says, for keeping hands clean.

With food sitting out on a picnic table for an hour or two, “there’s more of a chance for the food to be poked with a finger,” Zepp says.

Contact with unwashed hands can help introduce that harmful bacteria into the food.

“Don’t cross contaminate,” Zepp adds. “Don’t put the cooked meat on the same plate that the raw hamburgers are on. That’s one I see done so often,” with people putting their cooked meat back on the plate it sat on when it was raw — and back into the juices from the raw meat.

Those juices can harbor and spread bacteria.

The other temperature number summer picknickers need to think about is cooking temperature, Zepp says.

She recommends using a good food thermometer to make sure you’re cooking your meat and other proteins to the proper minimum internal temperature.

Poultry such as chicken or turkey should be cooked to at least 165 F, whether it’s whole, in pieces or ground. Ground beef, pork, veal or lamb should reach a minimum cooking temperature of 160 F.

When you get the casseroles and other picnic leftovers home, she says, reheat them to at least 165 F.

Martha Zepp recommends these articles on the Food Safety and Inspection Service website, which can give picknickers a quick overview of good food safety practices:

• “Fill Your Picnic Basket With Food Safety...” at bit.ly/PicnicSafety.

• “Leftovers and Food Safety,” at bit.ly/SafeLeftoversUSDA.

Lancaster County food scene by the numbers: 406 dozen doughnuts at Shady Maple, 3.5 tons of seasoning at Mr. Bill's and more

Craft Beer and Beyond: Zeroday Brewing Co., a Harrisburg brewery with Knead pizza in Midtown

TAKE SPECIAL CARE WITH THESE FOODS

Here’s a list of some of the so-called “TCS foods” — foods that require time and temperature control for safety, and which are most likely to become unsafe for consumption if not handled properly.

• Tofu or other soy protein

• Heat-treated plant food, such as cooked rice, beans and vegetables

• Leafy greens that have been cut, shredded, sliced or chopped

The Pennsylvania Department of Agriculture, 866-366-3723 a risk-based inspection reporting process for restaurants and other food handlers.

Some bags of Gold Medal unbleached flour being recalled over E. coli concerns

If you have certain bags of recalled Gold Medal flour in your pantry, the U.S. Food & Drug Administration advises throwing it away.