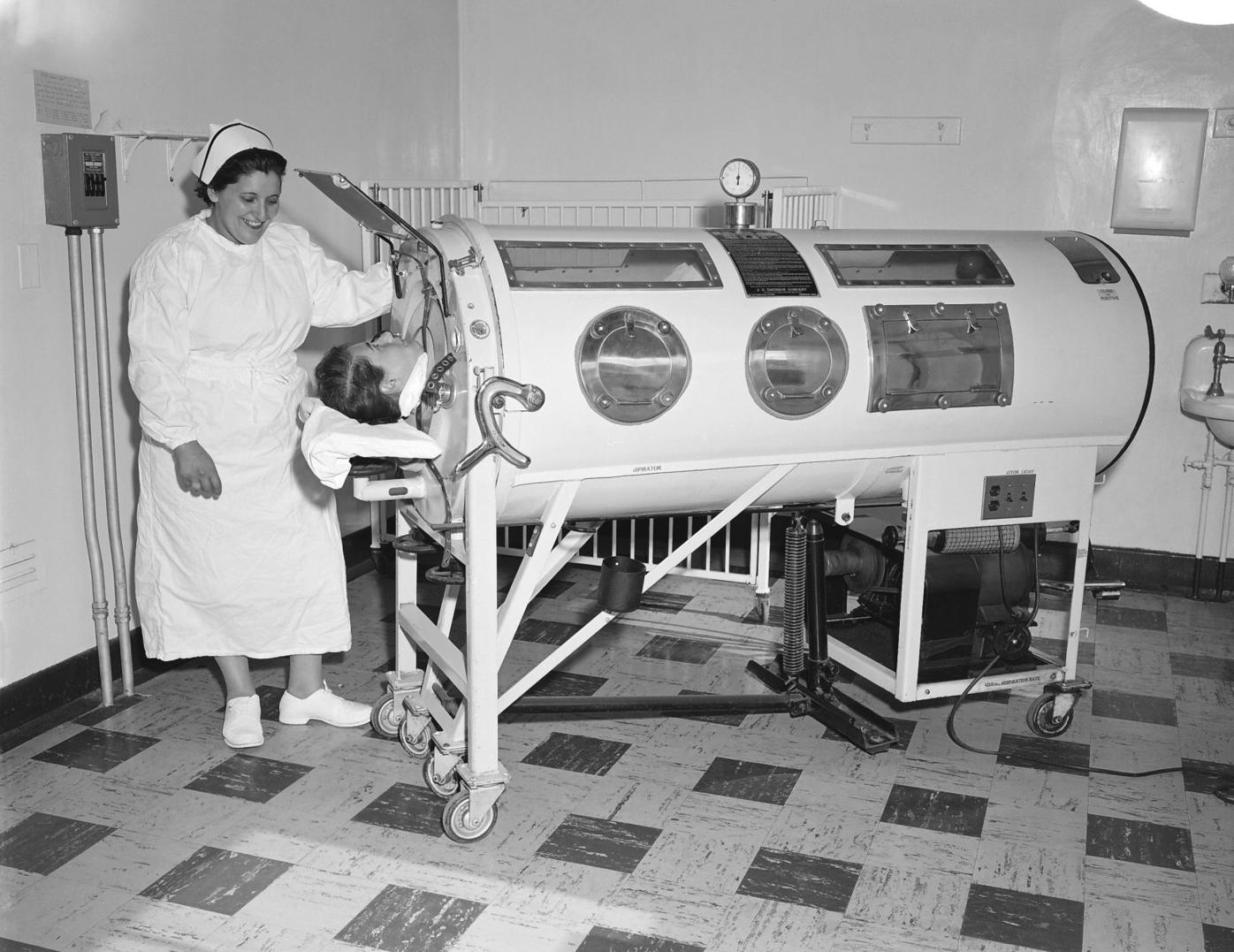 In this 1960 photo, a nurse cares for a polio victim, confined to an iron lung in Rhode Island. Polio was a feared disease during the epidemic of the 1940s and '50s. 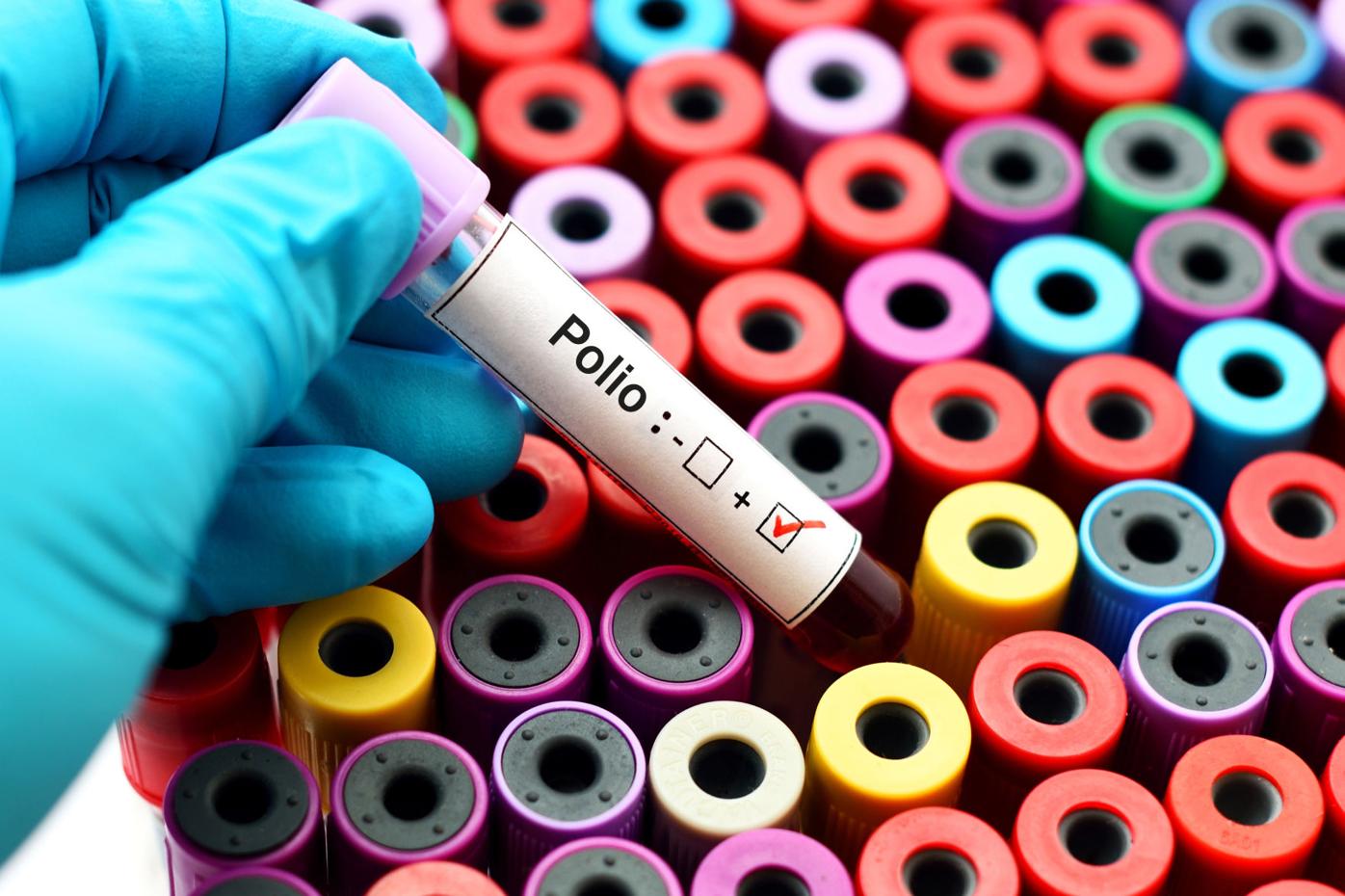 Concern, fear and feelings of helplessness were present then as they are now.

I was born in 1940. A lot was happening. A Great Depression was slowly being conquered, and a great world war was on the horizon. There is much to be told about growing up in those war years.

The horrors of 1918: What the Spanish Flu can teach us about COVID-19

However, with starting school and hearing the Armstrong Cork siren/ whistle signaling the end of the war, there was a new concern for parents and children all over Lancaster.

It was the word polio.

I remember, as a 10-year-old, the threat of polio was always there. There was complete ignorance of how a child would “catch it,” and, as a child, the specter of the “iron lung” was to be feared.

The words “infantile paralysis” wasn’t just for infants. In 1954, polio cases in Lancaster County peaked at 118 patients with 80 definite diagnoses and 28 being paralytic.

That year, there were 55,000 paralytic cases in the United States.

The Lancaster General Hospital had a Polio Special Unit set up from 1944 to 1957.

The medical community and laboratories were led nationally by Dr. Jonas Salk and Dr. Albert Sabin to produce vaccines that practically wiped out polio.

In 1958, there were two cases in Lancaster. Unfortunately, some cases arose in the Amish community later.

In December 1955, as polio in Lancaster was showing great decreases, a paratyphoid infection affected 268 patients.

Thirty-six were placed in isolation at area hospitals.

The paratyphoid was allegedly traced to dairy milk that was used in many area schools and households.

The paratyphoid germ can be carried by an infected person who shows no symptoms. It was determined such was the case at the dairy.

The state and county health services traced and stopped the spread of that virus.

These are a couple of recollections from my childhood that tell me the doctors, researchers and laboratories of today will find the means to shut down this coronavirus.

Our children will remember the precautions and isolation as part of all of us doing what was needed at the time.

The author lives in West Lampeter Township. His statistical information in this story was taken from the March 1956 issue of the American Journal of Public Health and the Lancaster City and County Medical Society, 1995.

Here's what some Lancaster Countians are watching, listening to, reading while staying home

How to donate respirators & other items to Lancaster-area hospitals

As they deal with nationwide shortages of face masks and other vital gear, Lancaster-area hospitals are setting up ways for the community to d…

Amid nationwide shortage of masks, Amish are sewing 13,000 to donate in Lancaster County

She misses her Elvis, who has left the building [I Know a Story column]

I never had a “pre-idea” that I would keep him. It wasn’t planned. It was, I think now, a God-wink.

He remembers his 'saintly' aunt, and her 'teacher' [I Know a Story column]

My sister, Barbara Shiffler, and I laid to rest our last surviving aunt during the week of May 11.