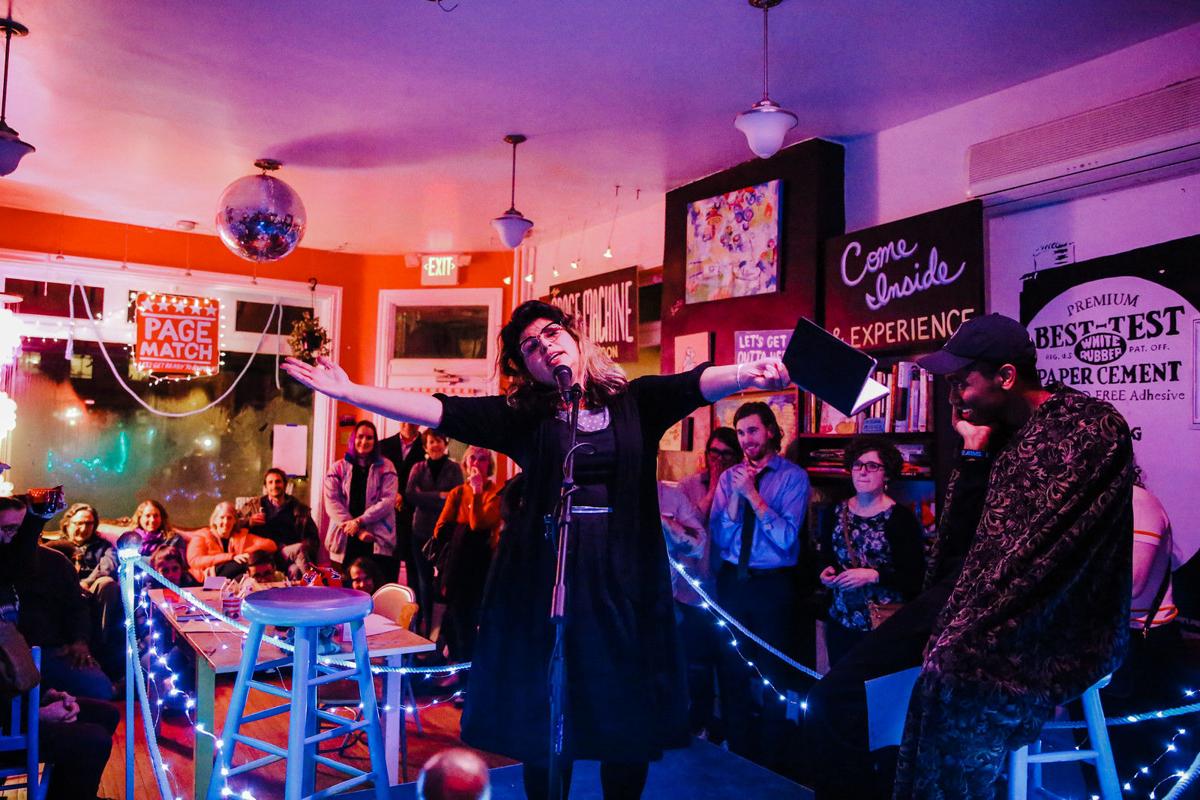 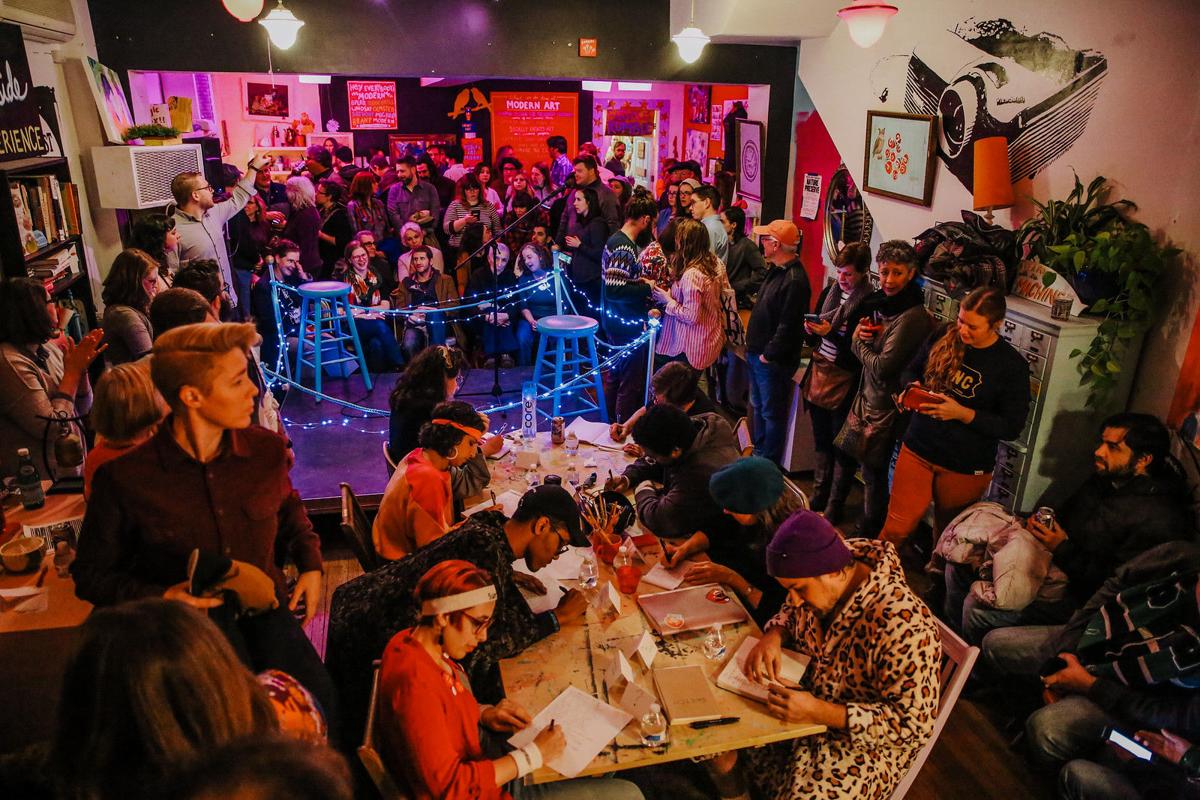 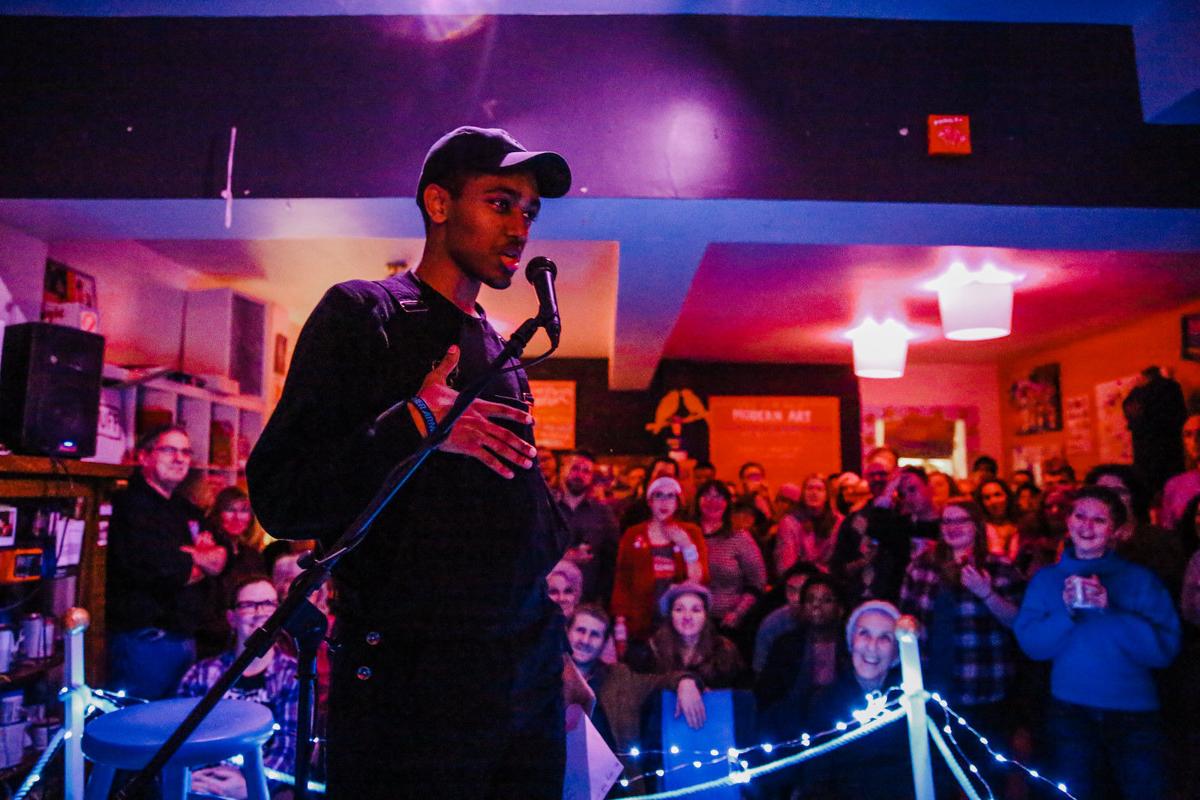 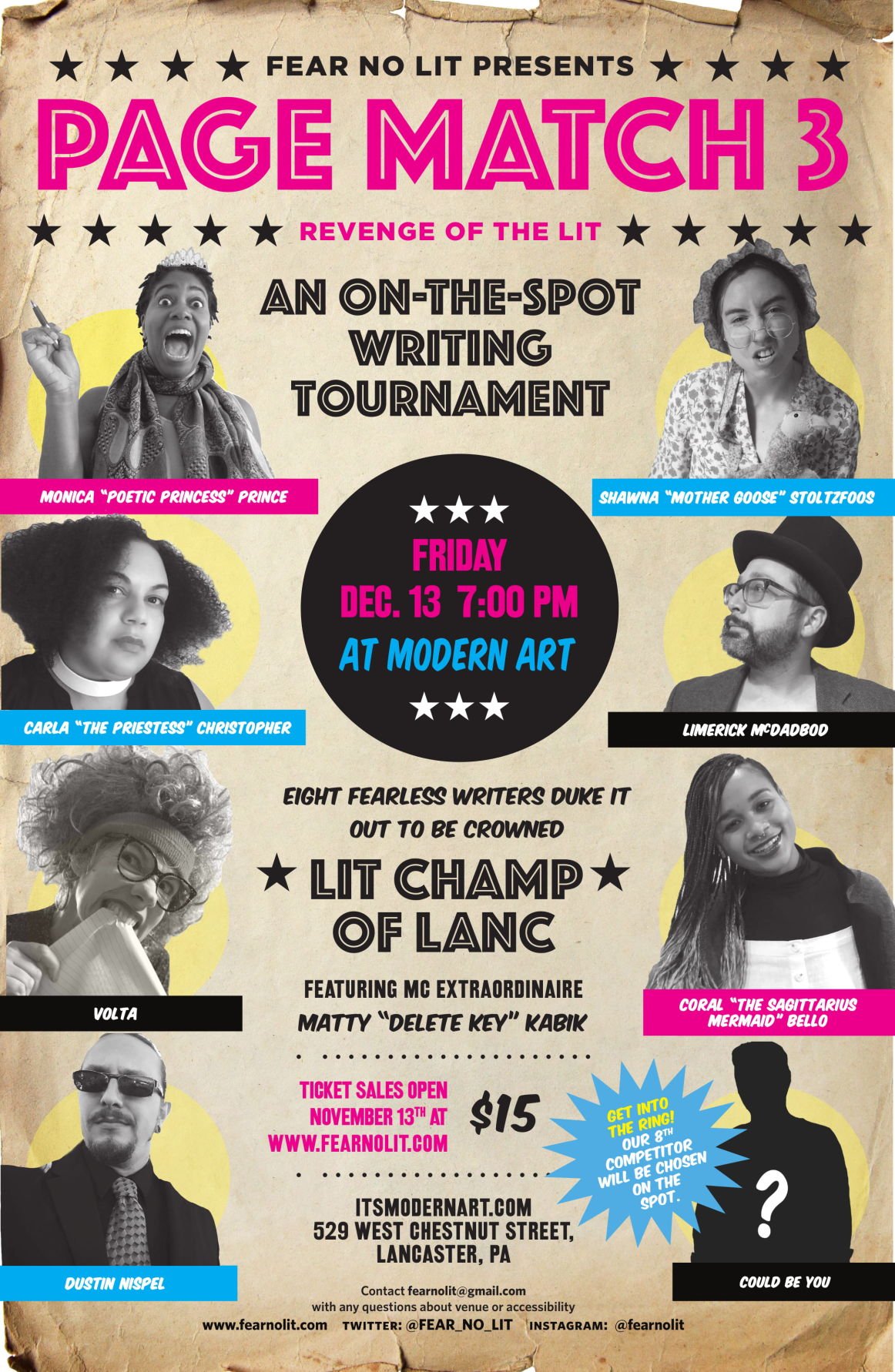 What do professional wrestlers and writers have in common? It sounds like the beginning of a joke, but it’s actually the premise of Page Match - a competitive writing event now in its third year – taking place at Modern Art on Dec. 13 at 7 p.m.

The royal rumble of writing features seven local writers (complete with awesome wrestling-style nicknames such as “Volta” or “The Sagittarius Mermaid”) and one additional contestant (maybe you?) whose name will be drawn from a hat before the event begins. Matt Kablik will MC the evening’s literary smack down.

The contestants battle it out – on paper – in rounds of 10-minute free-writing sessions with guided prompts. The writers will then take the stage to read their creations. The audiences votes and the winners move on until one contestant is crowned literary champion of Lancaster.

The competitions, inspired by similar events such as The Literary Death Match, was the brainchild of Tyler Barton and Erin Dorney – two Lancaster-based writers and creators of the literary organization Fear No Lit.

"Page Match is our attempt to combat the stereotype that literary events are stuffy, boring, or intimidating,” says Barton. “It's a competition, yes, but it's done in the spirit of fun, with tongues firmly in-cheek. It's all in keeping with Fear No Lit's mission to show that the literary arts can be enjoyed by everyone.”

But to bring it back to the question at the beginning, about writers and wrestlers, there are similarities. Besides wrestling with the muse, writers need to exercise their writing muscles to develop their skills.

“Another idea behind the event is that writing is a muscle, and it can be very beneficial to ‘train’ that muscle in new ways with things like prompts, constraints, and pressure (a ‘good’ stress),” Barton wrote in text. “Writing from prompts (and we see this all the time in workshops) really brings out things the writer never expected to say or never knew was lurking in their subconscious. It’s exciting.”

Tickets can be purchased here.

Unscripted: Poetry is a fool's errand

The NEA announced Manhiem-based writer Meghan Phillips was one of 36 writers to receive a $25,000 creative-writing fellowship award.