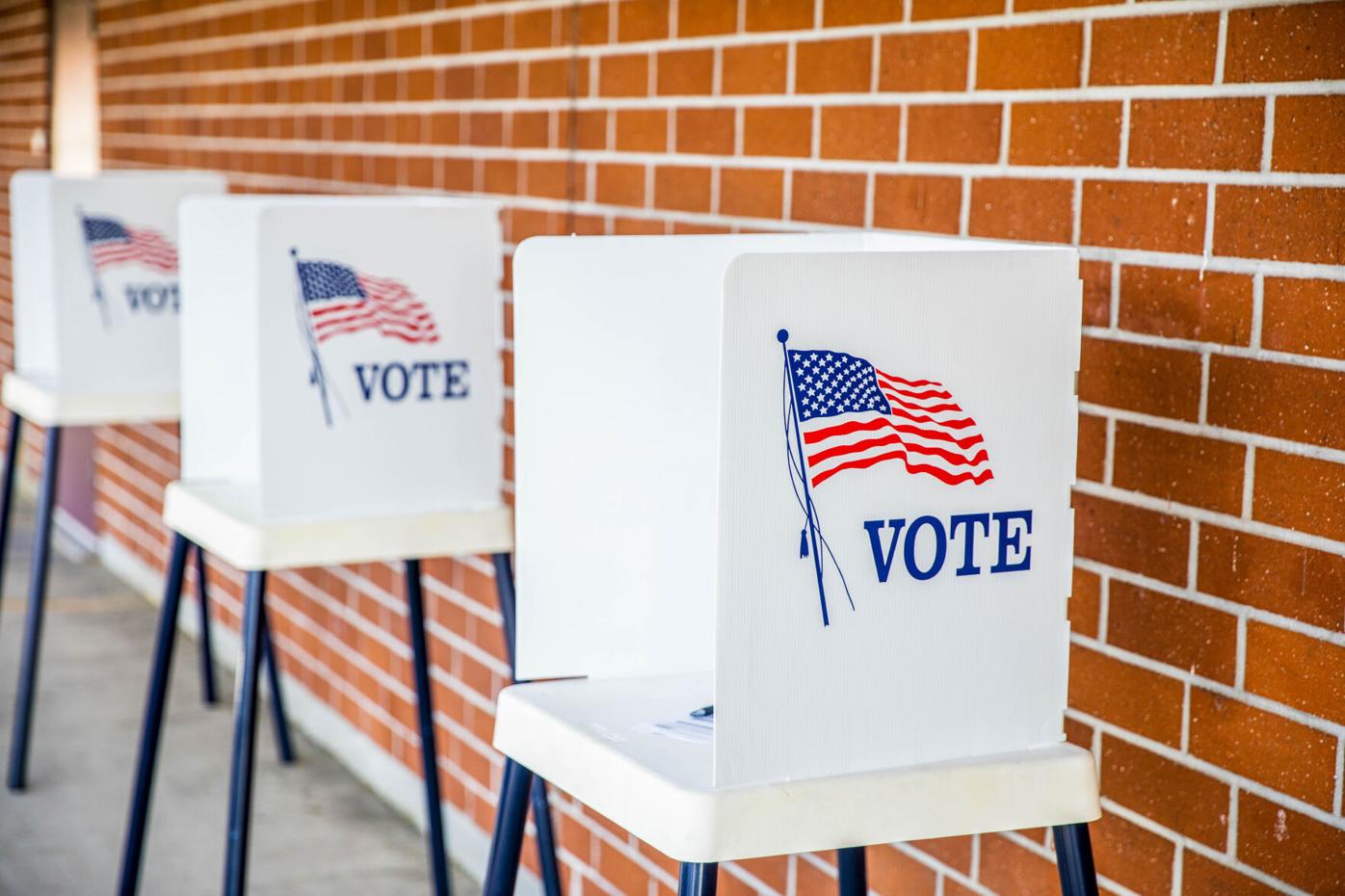 And the Romans got the notion, if not the word, from the Greeks. For thousands of years, democracy in action looked like a hand dropping a pebble into an urn.

Smith’s “Dictionary of Greek and Roman Antiquities” notes that the Greeks had a syllable — konk — to represent “The noise which the pebble made in striking against the bottom” of the metal voting urn.

In 406 B.C., the Athenians were in a froth over the generals who won a great sea-victory over the Spartans at Arginusae but then failed to rescue survivors of wrecked ships. The citizens took a vote on whether to punish them.

The wording of the proclamation, which has survived, described how it was done: “All citizens who think the generals guilty for not having rescued the warriors who had conquered in the battle, shall drop their pebbles into the foremost urn; all who think otherwise, into the hindmost.”

Pebbles so figured in Greek democracy that a word for “to vote,” psephizein, was based on psephos, “pebble.” Some modern English words relating to the study of elections (psephology, psephocracy) also have a Greek pebble at their core.

Look at our word “ballot.” Do you see it now as “little ball?” It’s from Italian, and it refers to the small balls used as counters in secret voting in places like Venice.

Many, if not most, of our voting words come from classical Greece and Rome.

It’s not just that all the educated men of the 18th century got their education from the Latin and Greek classics, including works by Xenophon or Cicero that dealt extensively with the problems of democracies.

Or even that all the political books the Founders read to understand how governments work, such as Montesquieu’s “The Spirit of the Laws,” basically were studies of the Roman Republic.

It’s that the American Founders had to look back that far to find any working models of what they were trying to do. In the long drag of centuries between the fall of Rome and 1776 or so, precious little could serve as example.

Madison and Jefferson designed America’s governments from the limited democracies of ancient pebble-voters. And in the absence of any vibrant voting culture around them, the Americans turned to words centuries old.

“Vote” itself is a Latin derivative. It’s related to “devote,” “devotion,” “votive” candles, lit in fulfillment of a vow. “Vow” itself is the same Latin noun — votum — come up through French.

Latin votum was “a thing solemnly promised,” and it could be used of a burnt offering or a marriage engagement.

The Romans were superstitious. And they were devoted to their city-republic. Participation in the civic life, whether by voting or serving in office, was a virtue and a duty.

It was as natural to a Roman to use a religious word to describe a political process as it is to us to avoid one. Religion and politics were different shades of the same cosmic order.

Latin urna, in its nonvoting meanings was “vessel of baked clay, water-jar,” also “a vessel for the ashes of the dead.”

Their Senate endured for a thousand years. But they could not keep order in the streets, and they welcomed Caesar.

ExtraGive seeks musical submissions, here's how to get involved

At Athens, all six generals were found guilty and executed. The fickle Athenians quickly regretted their vote and charges then were brought against the instigators, who fled.

On Tuesday, I will vote as I have here for 30 years. I like the autumn walk to my polling place; I look forward to saying hello to Darlene Byrd, a serene fixture there for as long as I’ve lived in Lancaster, and to seeing the new young faces shepherding the process and learning the culture of the votum.

I will push buttons and listen to machines click and whirr, but in the back of my head I’ll hear the old Greek syllable, konk.

Death and democracy: How mortality is shaping the vote in the 2020 election [column]