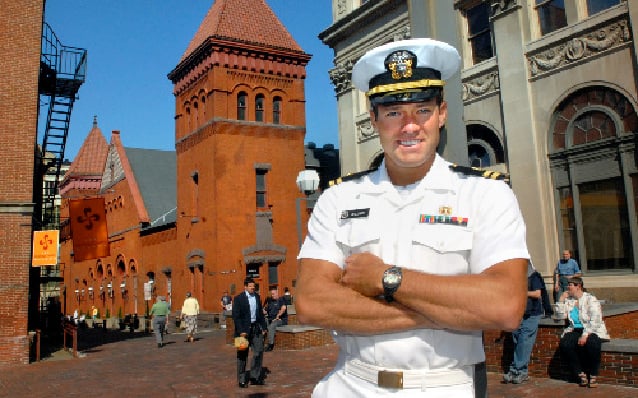 Since his appearance on "The Bachelor," Lancaster native Andy Baldwin has attracted a lot of attention. "There's a tremendous amount of stress that comes with overnight fame," says Baldwin, who recently visited his parents here."At the same time, I'm still the same person I was before." (RICHARD HERTZLER / NEW ERA) 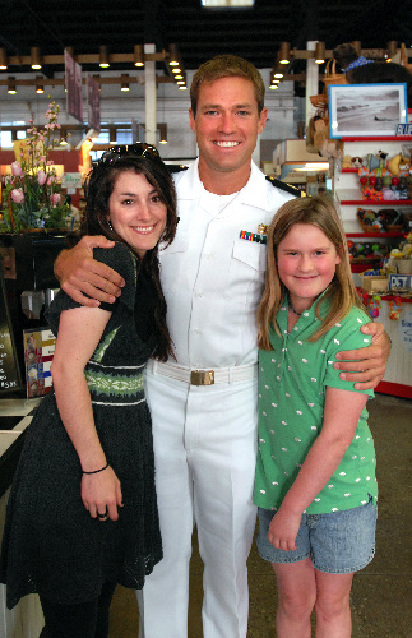 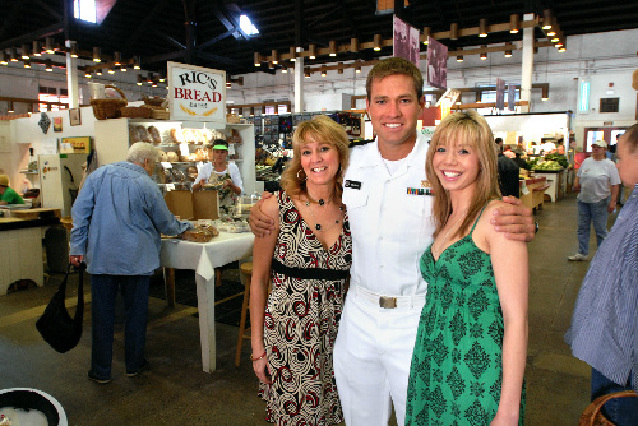 Since his appearance on "The Bachelor," Lancaster native Andy Baldwin has attracted a lot of attention. "There's a tremendous amount of stress that comes with overnight fame," says Baldwin, who recently visited his parents here."At the same time, I'm still the same person I was before." (RICHARD HERTZLER / NEW ERA)

Sometimes Andy Baldwin wishes he could stock up on groceries without hunkering down and wearing a hat.

But even then, he'd probably come face to face with his own - often shirtless - image in the checkout-line tabloids.

Since his 2007 appearance on the ABC reality dating show "The Bachelor," Baldwin has attracted a lot of attention.

Celeb Web hub TMZ calls him a "muscled out heartthrob." Pics of him working out - and even pumping gas - sans shirt are gossip mag staples.

He even has a Wikipedia bio.

Web postings and in-person encounters with "fans" aren't always complimentary, targeting everything from his love life to his famously white teeth.

But Baldwin, 31, keeps his response courteous.

What else would you expect from a guy who grew up in Lancaster County?

"These people don't even know me," Baldwin says of critics. " ... It would be impossible to effectively show the entire world who you really are."

It's been a busy year for Baldwin, a U.S. Navy medical officer with a strong commitment to community service and physical fitness.

He and his "Bachelor" fiancee, Tessa Horst, called things off last summer.

He spent two months in the South Pacific, as part of a Navy underwater excavation team - not Iraq, as several media outlets incorrectly reported.

He started a nonprofit foundation, Got-Your-Back, to help families of fallen service members.

And earlier this month, Baldwin moved from Hawaii to Washington, D.C., to take a recruiting job the Navy surgeon general created just for him.

Despite the sometimes blinding spotlight - he even hears the knowing whispers in yoga class - Baldwin is determined to use his "Bachelor" fame as a platform to make a positive impact.

"There's a tremendous amount of stress that comes with overnight fame," he says.

"At the same time, I'm still the same person I was before."

Those terms, he says, are what truly define him, not "The Bachelor."

Sitting in his parents' Manheim Township living room, wearing jeans, a polo and nothing on his feet, Baldwin says he doesn't regret doing the show.

He's always found it rewarding to take chances, and encourages others to do the same.

"Putting yourself out there is a huge risk," he says. "Not everybody will like you."

In April, he visited his parents, Roy, an engineer and former state representative, and Cindy, a high-school math teacher.

His brother Matt lives in Florida, and his sister Susanna graduates from Cornell University this month.

Baldwin lived in New Holland before moving to Manheim Township at age 12.

"We didn't have much," he says of his early childhood. "We shopped at Kmart."

He developed his strong work ethic at Manheim Township High School, where he was valedictorian and an All-American swimmer, rising every morning at 5:30 for practice.

As a teen, Baldwin volunteered at Lancaster General Hospital, and his family helped hand out Thanksgiving turkeys in downtown Lancaster.

"My dad taught me from an early age, when you meet somebody, you ask, 'How can I help?' " he says.

Baldwin also remembers his dad's declaration that if he really wanted to go to Duke University, he'd have to find a way to pay for it.

Baldwin earned an ROTC scholarship and socked away $25,000 delivering New Eras, mowing lawns and working as a lifeguard at Overlook Pool.

He graduated from Duke and the University of California, San Diego, Medical School.

In 2003, he began active duty in the Navy, combining his love for medicine and the water.

Baldwin, now a lieutenant, has done humanitarian work in Cambodia, Vietnam and Laos, where he slept with worms crawling on him and bathed in a river filled with leeches.

He recently spent two months on an underwater mission in Palau, where his team recovered remains of servicemen missing since a B-24 bomber crash in 1944.

Despite media reports, Baldwin was never bound for Iraq.

Baldwin, who has homes in Hawaii and La Jolla, Calif., currently rents a studio apartment in Washington.

Through frequent travel and speaking engagements, he essentially serves as a highly recognizable face of Navy medicine, a field he finds full of adventure and opportunity.

Numbers of Navy physicians are declining. Baldwin says that may be due in part to the mistaken idea that doctors automatically go to war zones.

Baldwin's name recognition has boosted the number of attendees at recruitment events from a handful to hundreds, he says.

"I've already signed up a few," he says.

Earlier this year, he founded Got-Your-Back (www.got-your-back.org), a charity that offers financial support, including youth scholarships, to families of fallen service members.

He competes in about 10 triathlons a year; his next is May 30, in California.

Since moving to Washington, he's taken up running and biking around the National Mall and Rock Creek Park.

He likes to keep his fitness routine flexible.

"I think yoga is one of the best things you can do," he says.

Baldwin has four remaining years in the Navy. After that, he's not sure what he'll do.

Alhough he's gotten some offers, he has no desire to act.

"Bachelor" fans who run into Baldwin often remark that he seems like an ordinary, regular guy.

"That's because I am," he replies.

Before he met Marla Maples, Baldwin figured she'd be stuck up.

But actually, he says, she's a very sweet, uplifting presence.

Celeb glossies have speculated on the duo's relationship - including their 13-year age difference - using such colorful verbs as "canoodle" and "making out."

"Marla and I are pretty much friends," Baldwin says. "It got romantic for a little bit. It may still continue that way."

Maples was set to appear in CBS' "Secret Talents of the Stars" in April, but the show was canceled after one episode. (No word on her secret talent.)

She and Baldwin initially bonded over their shared passion for fitness.

"She schooled me in basketball," he says. "She can throw a football farther than any woman I've ever met."

As for the "Miss Iran" spotted with Baldwin last summer, she's actually an L.A. lawyer friend who won a local beauty pageant.

She also happens to hail from Kansas.

"She and I love each other very much, in a very special way," he says.

Indulging in a luxury he missed while on "The Bachelor," he's keeping any other details private.

Baldwin says he'd eventually like to have four or five kids.

But first, he says, "I need to find the right woman.

"There's no rushing that."

Who is behind the scenes of Lancaster County elections? A look at who ensures the safety of your vote

Why baked cookies sometimes are flat, how to prep cabbage for slaw and more cooking advice [Front Burner]