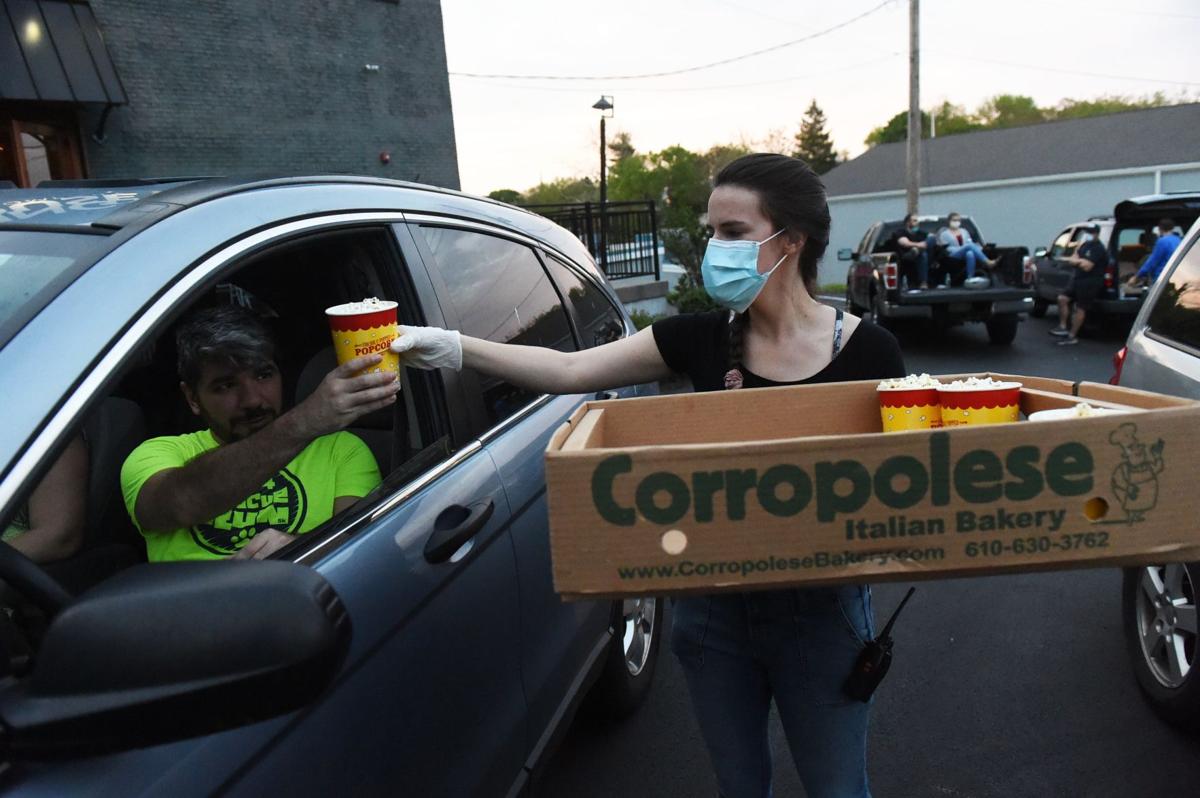 Willow Peluso gives out the popcorn to John Camilleri during the drive-in movie at the Spring House Brewing Company in Lancaster on Saturday, May 16, 2020. . 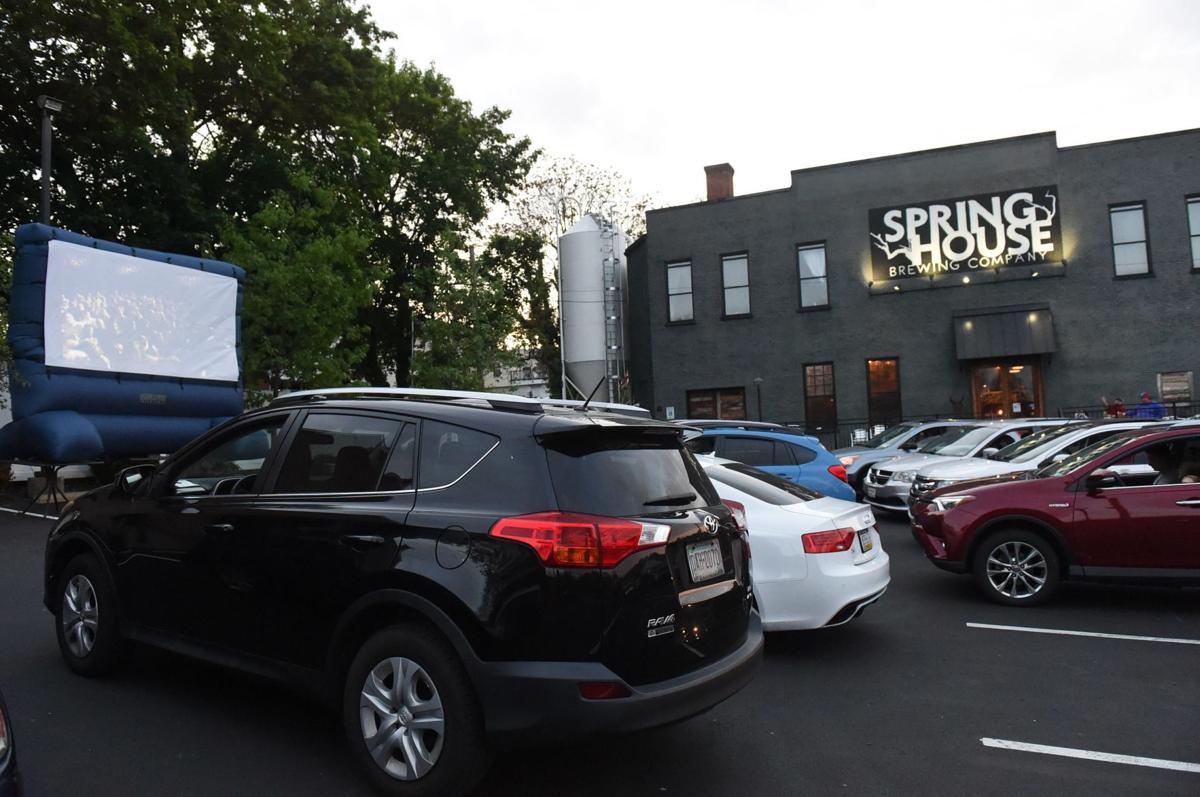 People arrive before the movie starts during the drive-in movie at the Spring House Brewing Company in Lancaster on Saturday, May 16, 2020. . 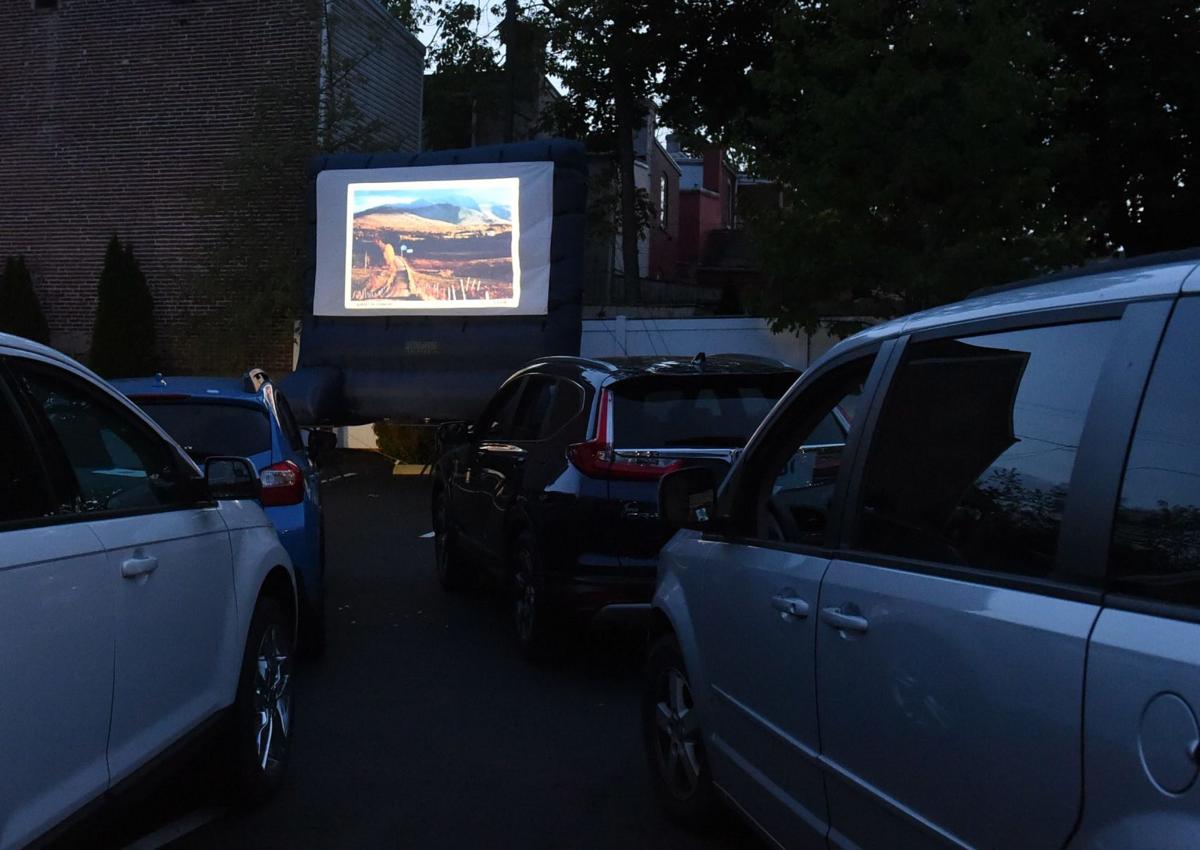 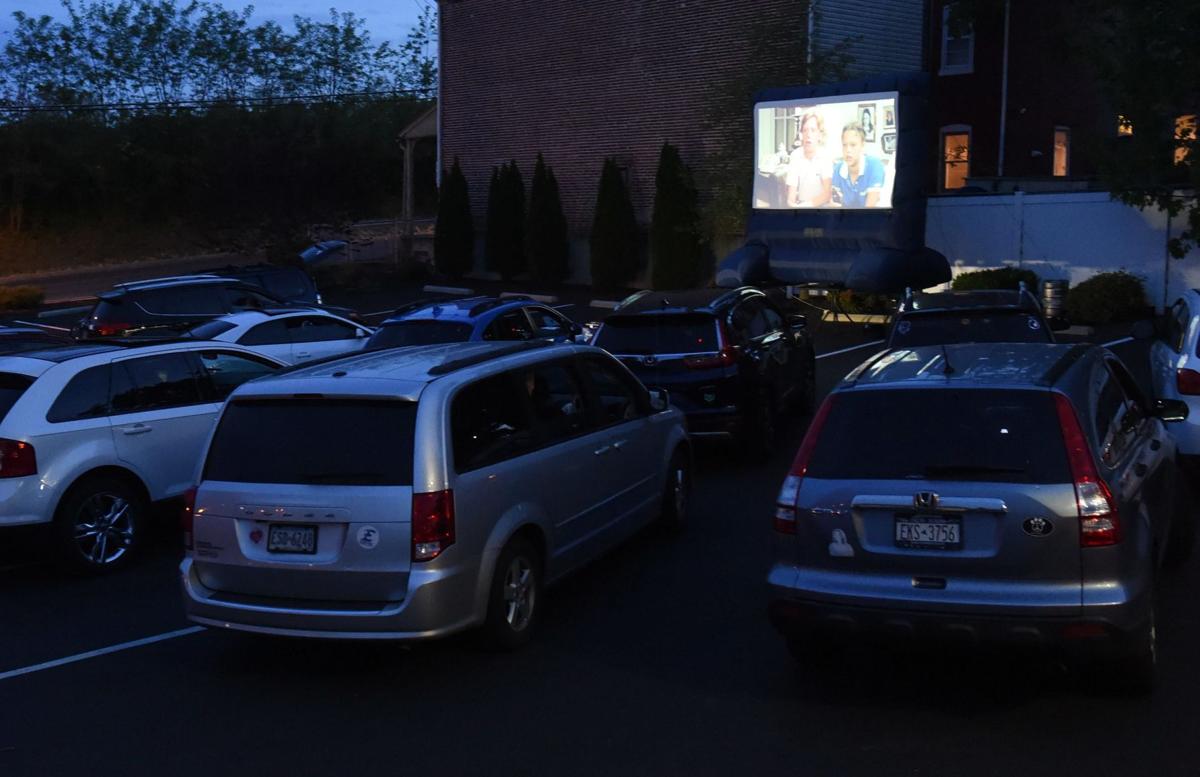 Willow Peluso gives out the popcorn to John Camilleri during the drive-in movie at the Spring House Brewing Company in Lancaster on Saturday, May 16, 2020. .

People arrive before the movie starts during the drive-in movie at the Spring House Brewing Company in Lancaster on Saturday, May 16, 2020. .

Now, in the current age of social distancing, some businesses are bringing them back.

"A drive-in is the kind of idea that, ever since Penn Cinema opened, people have been suggesting we do," says Penn Ketchum, Penn Cinema owner. "But for us, in the course of normal business, it never really made sense. Of course, we're now in anything but normal times."

There are 27 drive-in theaters in Pennsylvania, none in Lancaster County: here's where they are

Over the past month, Ketchum and his team worked out the details of filling the theatrical void with a drive-in. Penn Cinema had already been interacting with customers to some degree, in the form of curbside pick-up for popcorn and candy.

"I had a bunch of people saying, 'I just wanted something to do, I put the kids in the car and drove out to pick up popcorn,' says Ketchum.

"Partly because they wanted popcorn but also because it was a happening."

Ketchum already had a spare projector, but he was able to track down a commercial-grade screen, as well as additional computer parts and software. The structure itself is 40 feet wide, with the actual projected image taking up 22 feet.

Ketchum is slated to open the makeshift drive-in on Memorial Day weekend with showings of "Star Wars: The Rise of Skywalker," "Minions," "Jurassic World" and "Onward," the newest Pixar film. The drive-in screen will use Digital Cinema Print files, the same as would be used for Penn's regular movie screenings. Showings will happen once a day, seven days a week, with space available for 100 cars. Tickets go on sale this morning on Penn Cinema's website.

Though Ketchum stresses that this is a temporary measure until theaters are able to open at full capacity again, he foresees a future where the drive-in screen is brought out on special occasions. When the theater seating was converted into recliners in 2017, the theater lost roughly half of its seating, according to Ketchum.

"Because the seats are gone, the theater has hundreds more parking spots than it is required to have, so I could visualize a temporary drive-in that pops up one night in July for the fun of it, to show 'Grease' or something," Ketchum says. "And then while it's popped up, we'd still have more than adequate parking to also be showing 15 screens worth of movies in the main building."

New to the movie business

It's not just the pre-existing movie theater getting in on the quarantine-safe fun.

Last Halloween, Spring House Brewery held an unintentional dry run for its current temporary drive-in plans by hosting an outdoors horror movie screening in the wooded area near the back of the building. However, that was held in a time when people could be in a large group on blankets and chairs.

What’s the mood of Lancaster County as the ‘reopening’ unfolds? [live updates]

Spring House's new set-up, which held a soft opening this weekend that sold out in 12 hours, has been heavily upgraded. Along with the screen, which is 12 feet diagonally, Spring House purchased a new projector, a popcorn machine and an FM transmitter so that the sound can be projected through car radios. There is space for 24 vehicles per night.

"There are so many things that we can’t do right now because of the pandemic, and this is something that we never would have thought of before, or maybe even wouldn’t have been as practical," says Nikki Keasey, co-owner of Spring House brewery. "But now it makes sense and it’s something we can do safely."

Keasey says that Spring House is opting for a "vintage" feel with it's movie selection, showcased by Friday and Saturday's showings of the 1983 film "National Lampoon's Vacation." Since the brewery is located downtown and anyone can walk by, Keasey states that most movies will have to be at least moderately family friendly.

"We initially wanted to show something like 'Animal House,' Keasey says. "But we haven't been able to find a version that doesn't contain nudity."

Though the soft opening happens to be when some Lancaster County officials suggested moving the county from the "red" designation to "yellow," Spring House had been planning this drive-in debut for weeks prior.

"We pictured this as a quarantine-safe type of activity," says Keasey. "It's not for people to see their long-lost friends and hang out outside of their vehicles, that's not really the vibe that we're going for."

Scott Bowser, one of the owners of Mount Hope Estate, appeared before the Rapho Township supervisors on May 7 and was granted a temporary zoning permit to show drive-in movies on the grounds of the Renaissance Faire. Bowser plans on hosting family-friendly and PG-13 rated movies, though specific movies and scheduled dates have yet to be announced. The temporary zoning permit is for 180 days, though extensions will be allowed if requested.

“My hope is that this is a temporary thing — something to keep people employed until we can reopen and host our usual events,” Bowser said during the meeting. “This is a great thing. It will give people an entertainment option."

Editor's note: This article will be updated throughout the day with the latest in COVID-19 news. Be sure to check back.

Two pools in Manheim Twp. are scheduled to open in June, but officials warn they may stay closed

Editor's Note: This story was originally published May 18.

With kids sheltering in place at home, many libraries around Lancaster County are offering free virtual storytimes and book discussions for ki…

Memorial Day weekend during a pandemic: What to expect in Lancaster and beyond

Memorial Day weekend marks the unofficial start of summer, though the season doesn’t technically start for another few weeks.

Young Franklin J. Schaffner moved to Lancaster when he was just 5 years old, after his parents served as Reformed Church missionaries in Japan.

As May slowly sinks into the background and June feels only minutes away, live entertainment options in Lancaster are slowly starting to go ba…

Catching up with Rob Grote, of the Districts, on accidentally releasing an album during a pandemic

For Rob Grote and just about every person on the planet, the view from March 6 looked a lot clearer than it does more than two months later.

Here's a list of all the canceled, rescheduled and postponed summer concerts at Hersheypark

As far as big events go, summers in this region have belonged to Hersheypark for decades.

The Red Rose Film Festival will return for its second year, accurately dubbed "The Sequel," from Friday, Nov. 6 through Sunday, Nov. 8.