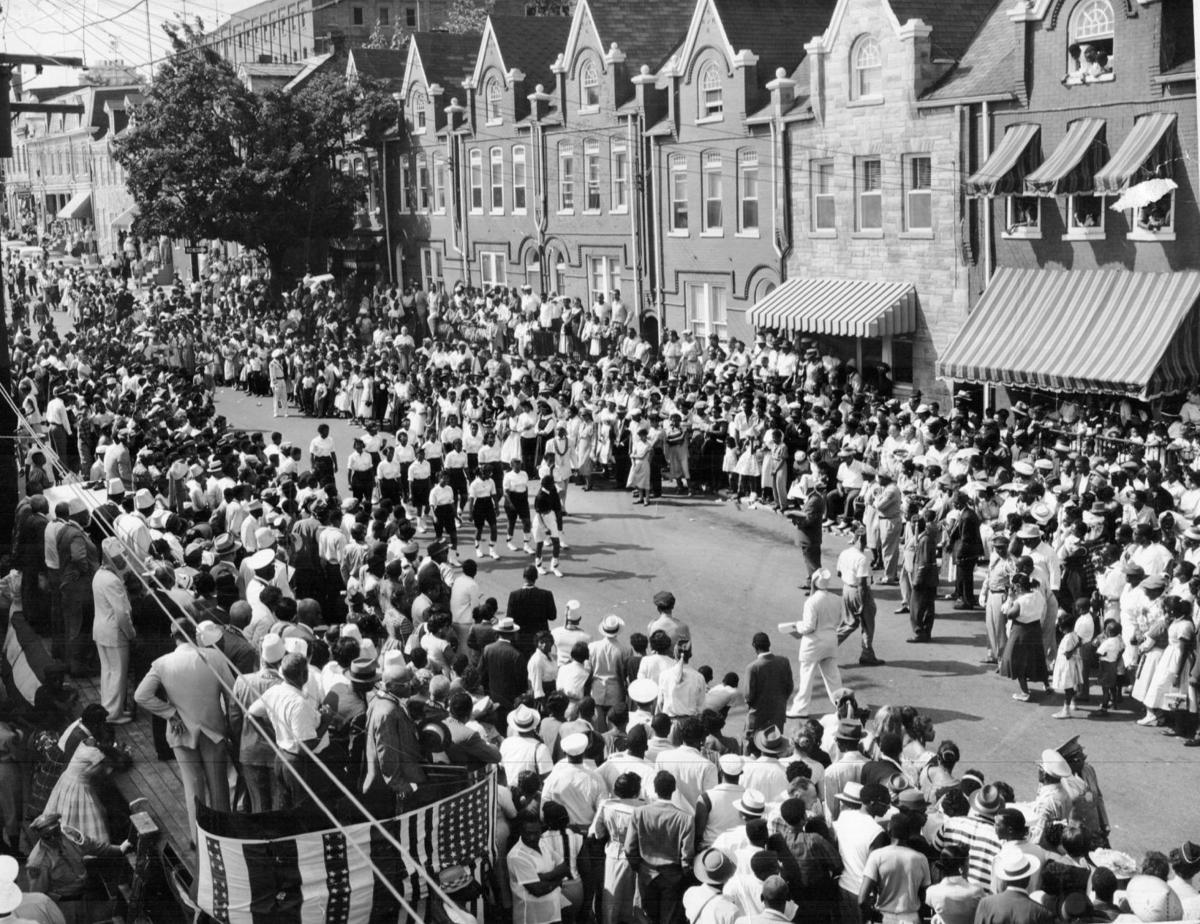 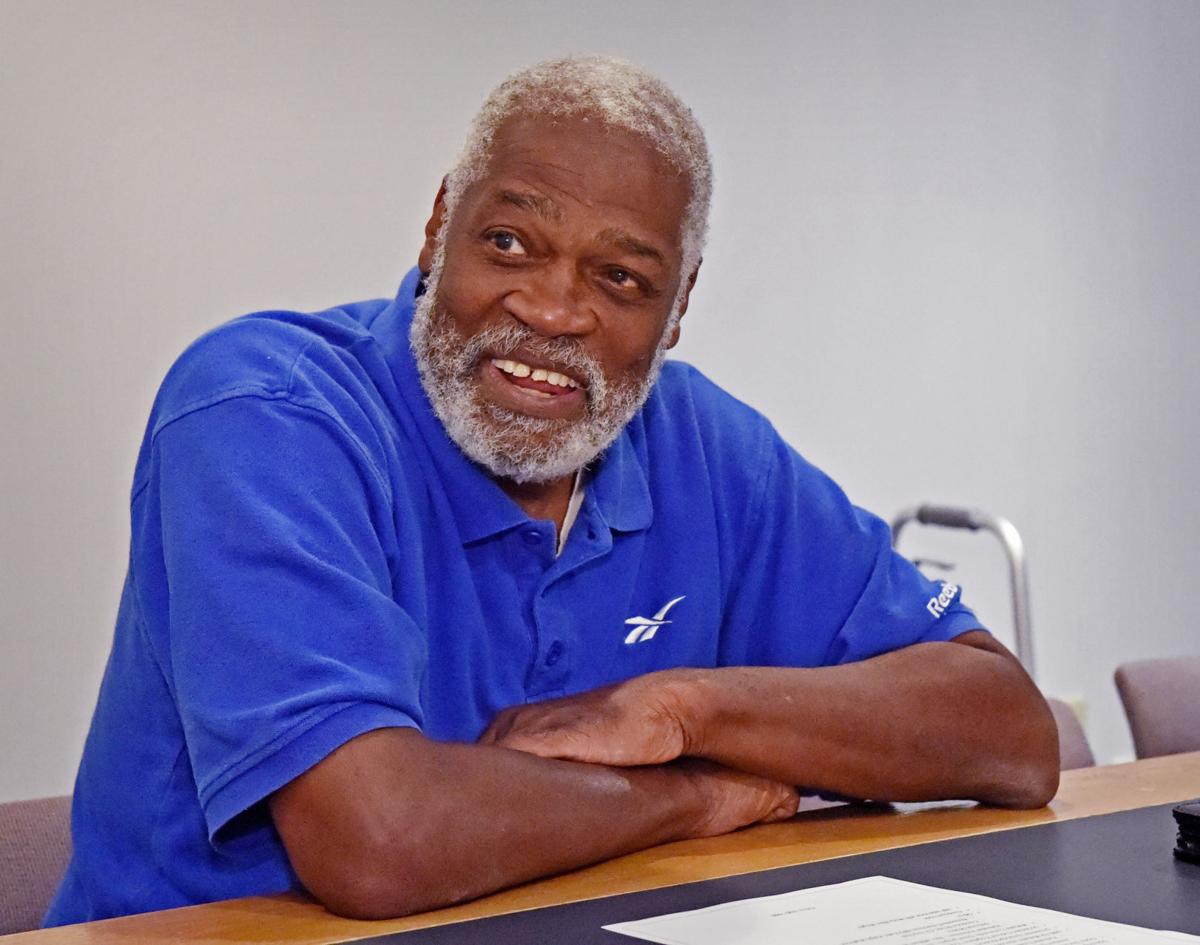 Leon "Buddy" Glover talks about growing up in the 7th Ward during a meeting of the 7th Ward Oral History Project committee at Brightside Opportunities Center, 515 Hershey Ave., Wednesday, Aug. 21, 2019 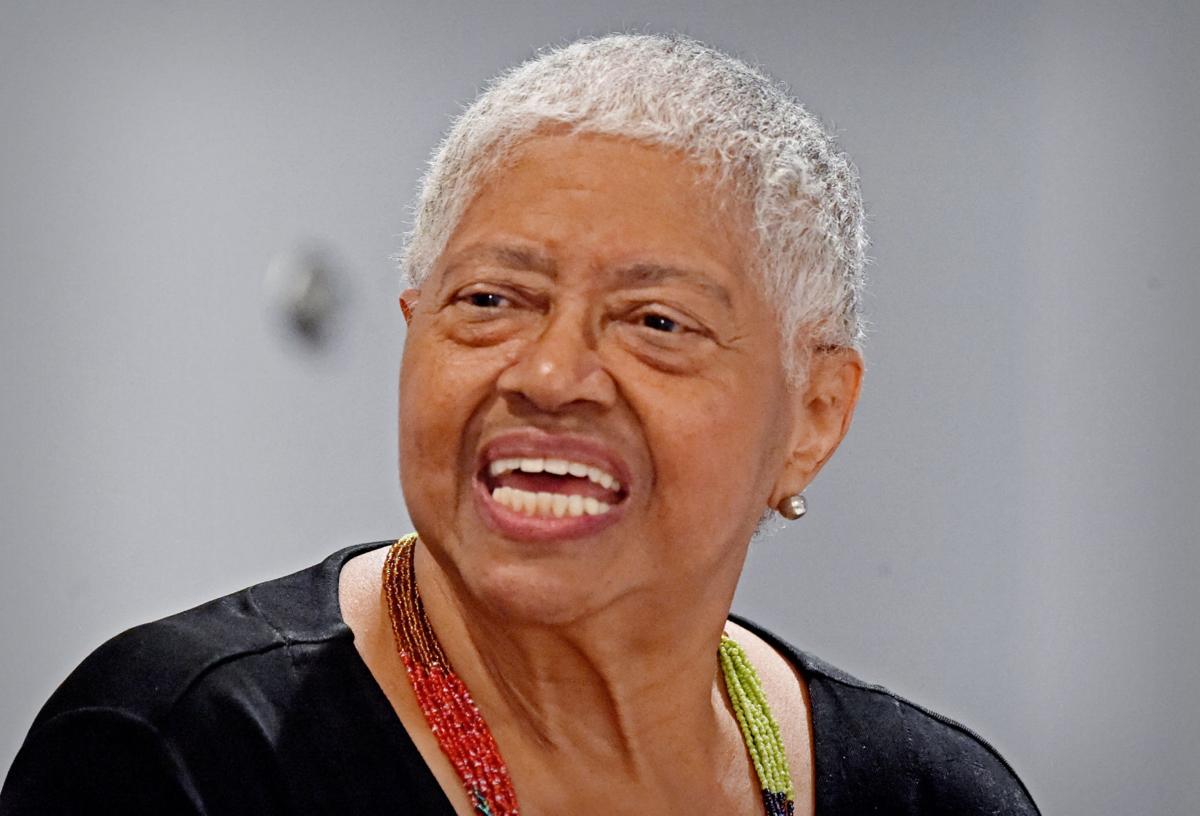 Elizabeth Ford talks about growing up in the 7th Ward during a meeting of the 7th Ward Oral History Project committee at Brightside Opportunities Center, 515 Hershey Ave., Wednesday, Aug. 21, 2019 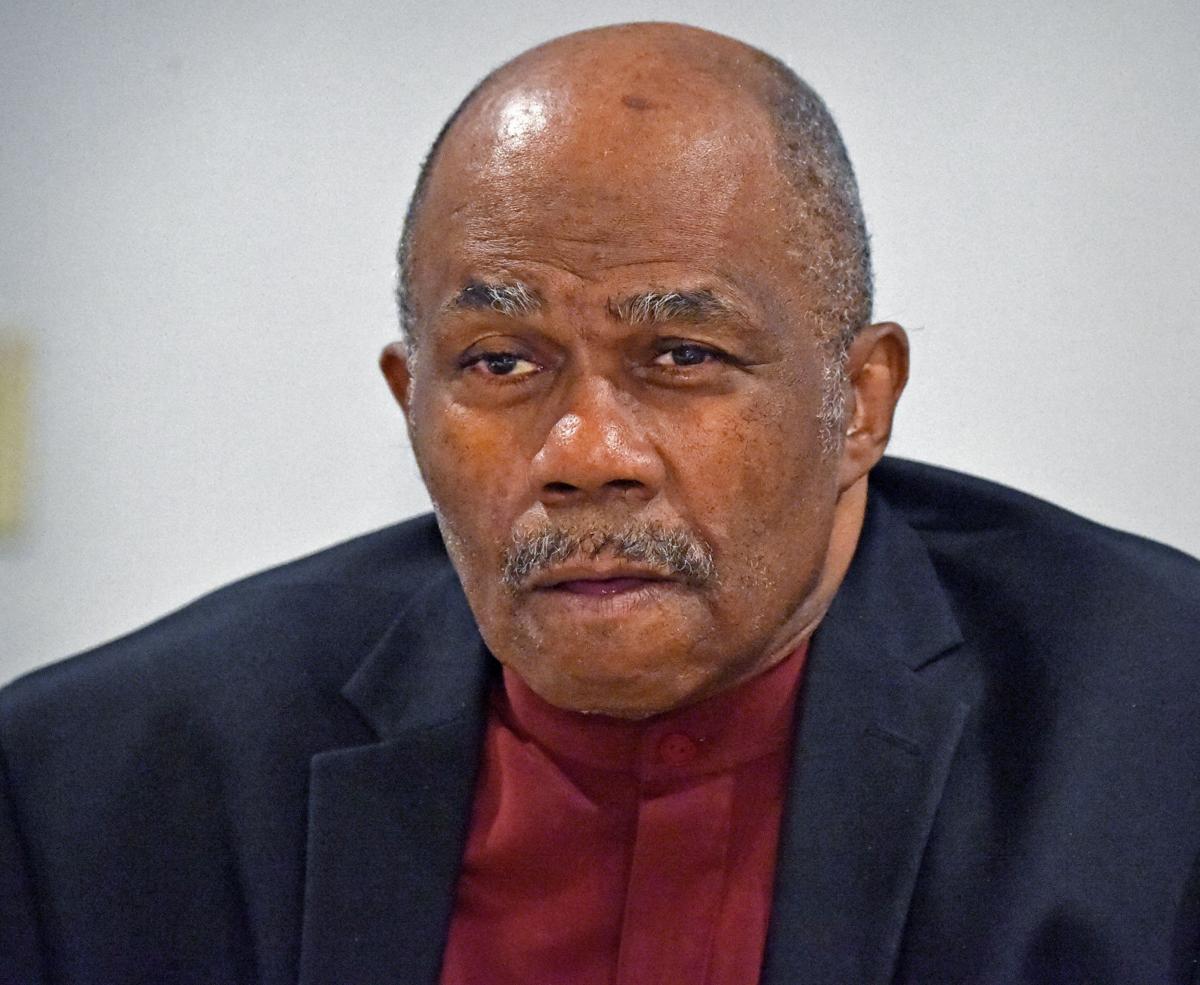 The Rev. Louis Butcher talks about growing up in the 7th Ward during a meeting of the 7th Ward Oral History Project committee at Brightside Opportunities Center, 515 Hershey Ave., Wednesday, Aug. 21, 2019. 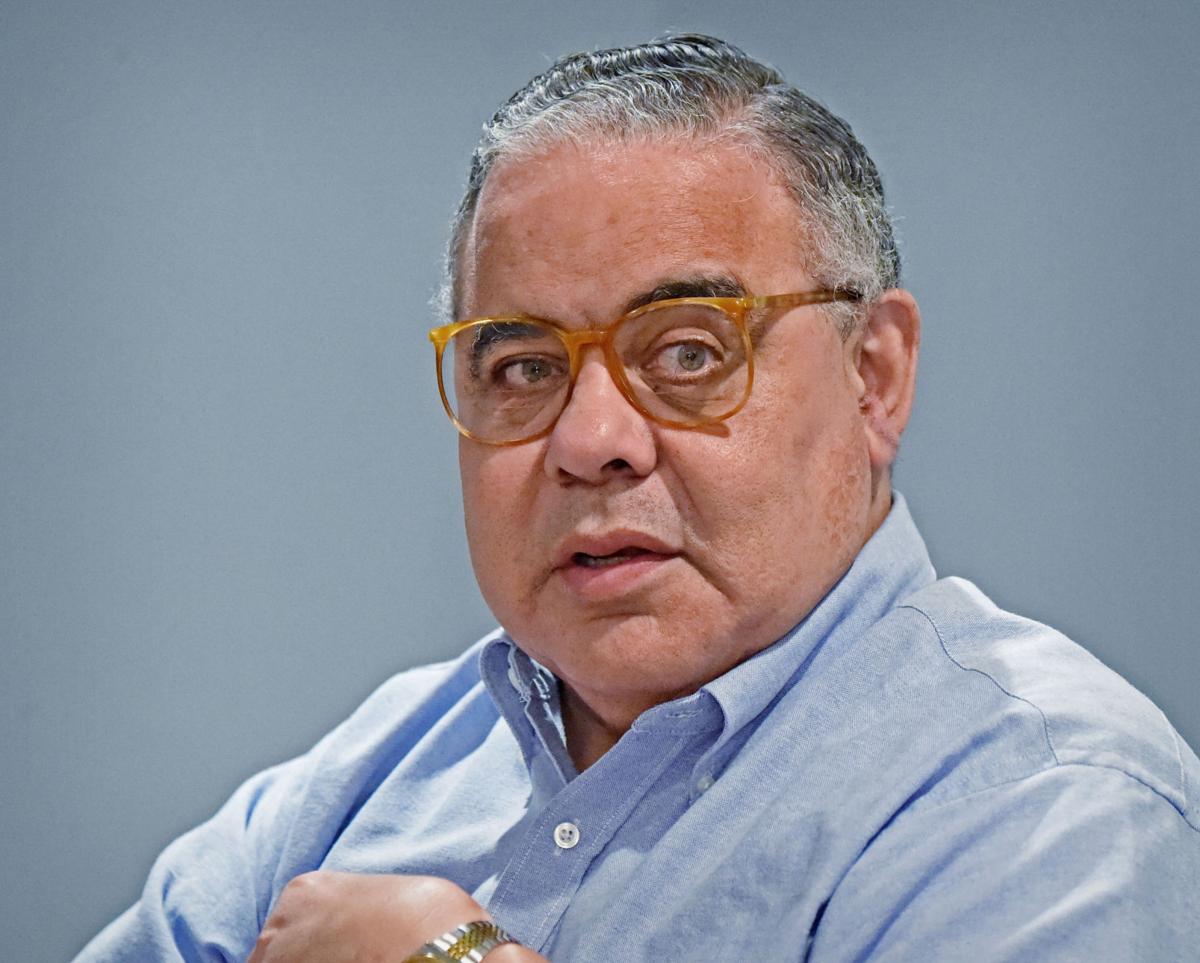 Leroy Hopkins talks about growing up in the 7th Ward during a meeting of the 7th Ward Oral History Project committee at Brightside Opportunities Center, 515 Hershey Ave., Wednesday, Aug. 21, 2019 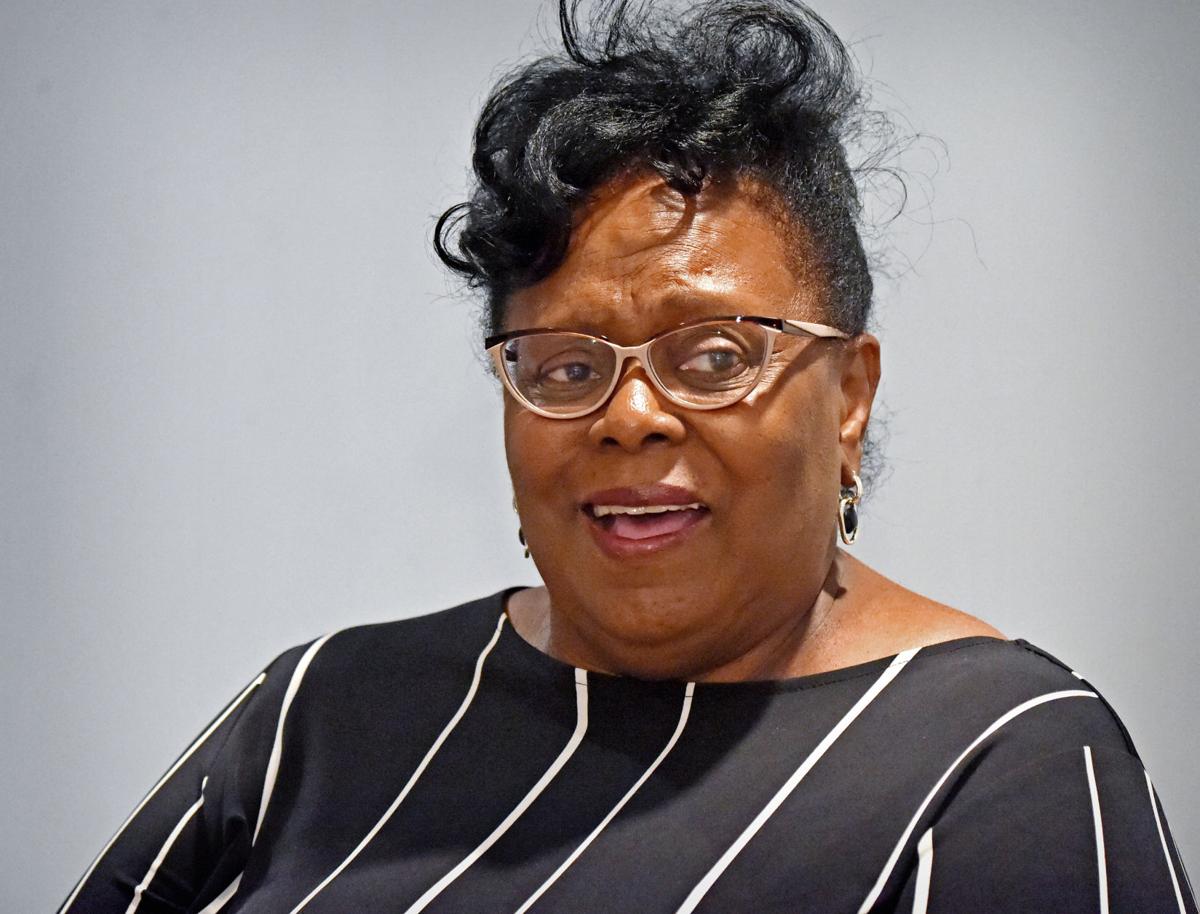 Deborah C. Davis talks about growing up in the 7th Ward during a meeting of the 7th Ward Oral History Project committee at Brightside Opportunities Center, 515 Hershey Ave., Wednesday, Aug. 21, 2019. 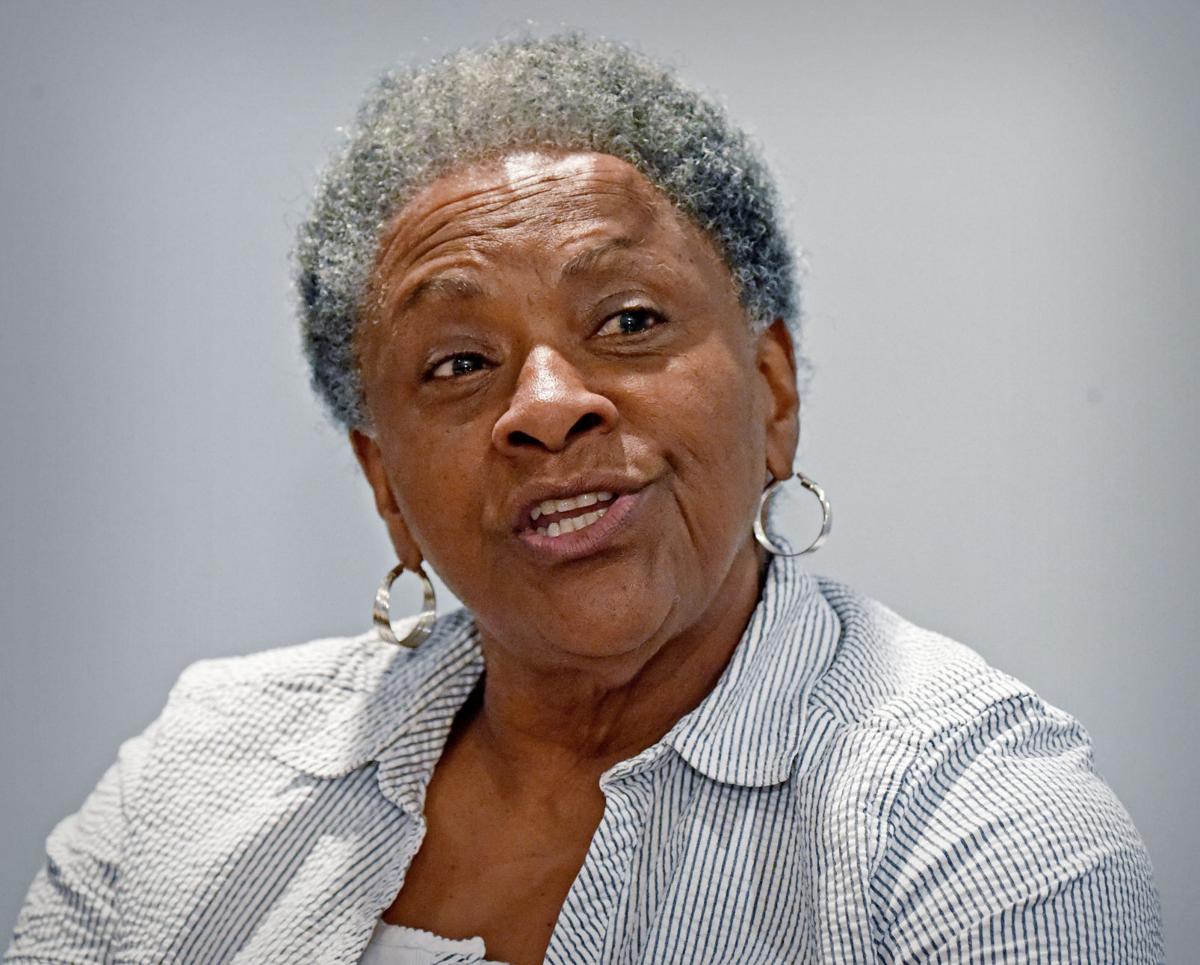 Betty Hurdle talks about growing up in the 7th Ward during a meeting of the 7th Ward Oral History Project committee at Brightside Opportunities Center, 515 Hershey Ave., Wednesday, Aug. 21, 2019 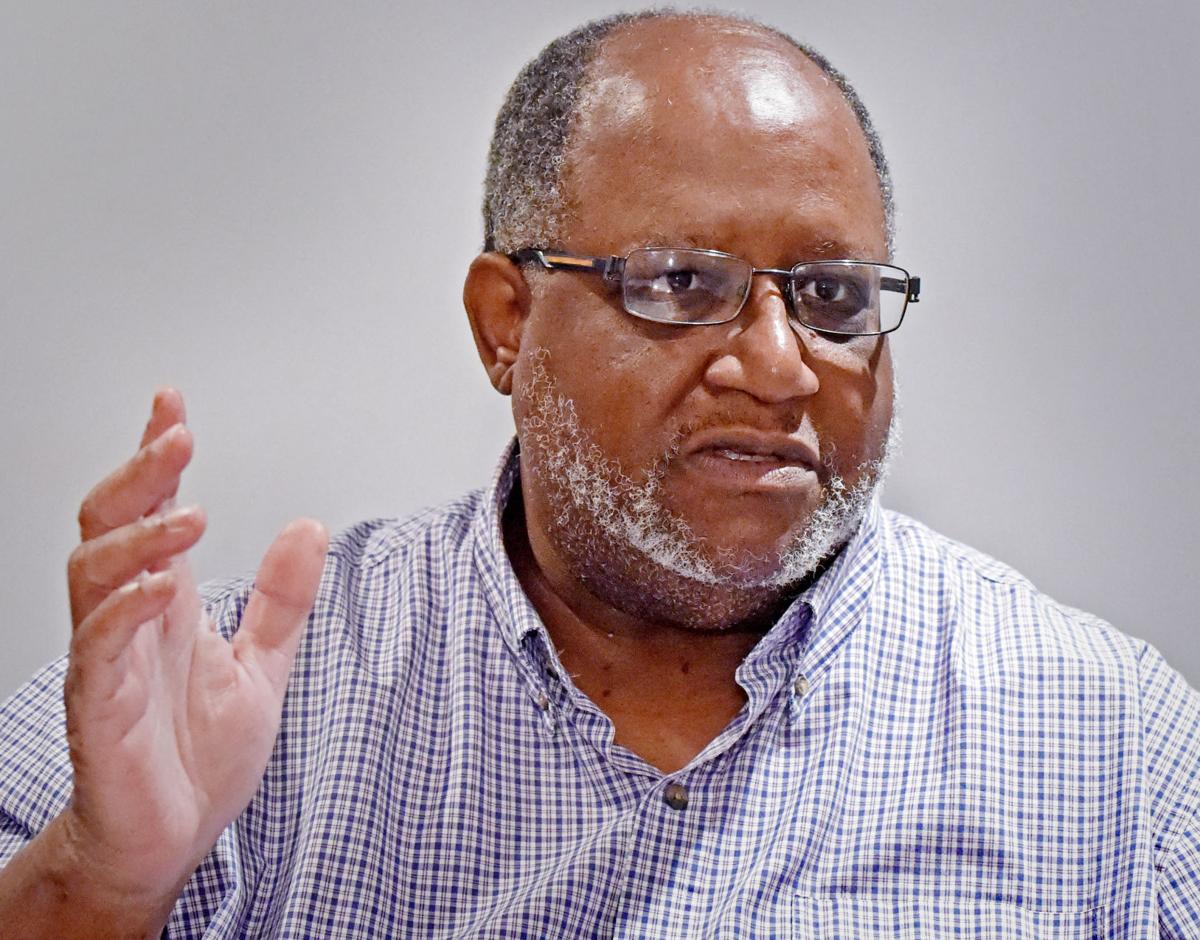 Gerald Wilson talks about growing up in the 7th Ward during a meeting of the 7th Ward Oral History Project committee at Brightside Opportunities Center, 515 Hershey Ave., Wednesday, Aug. 21, 2019.

Gerald Wilson, right, talks about growing up in the 7th Ward at the end of a meeting of the 7th Ward Oral History Project committee at Brightside Opportunities Center, Aug. 21. To the left of Wilson are Leroy Hopkins, far left, Deborah C. Davis, second from left, and Betty Hurdle.

Here are a few of the favorite memories of growing up in the 7th Ward from those on the oral history project committee and a couple of those interviewed for the project.

“For me, it was when I got the opportunity to become the principal at Hand Middle School, walking through the neighborhood on those days, when people were congratulating me for that accomplishment. That was a real good moment.”

Elizabeth Ford, who lived on South Christian Street with her parents and nine brothers:

“It was all of the social activities that were available to young people during my adolescent and teenage years, such as dance parties, activities at Crispus Attucks Center, Girl Scouts. One of my best memories (is) that I, as an African-American girl, was actually taught horseback riding in my Girl Scout troop, as a result of being a member of the Crispus Attucks Center.”

“I enjoyed hanging out on Rockland Street playground, but we called it ‘Jesse’s Playground’ because the caretaker’s name was Jesse Williams. Later on I got an opportunity to work there in the summers.

“I was a summer counselor. There was a wading pool, and one summer, the kids actually constructed a boat that was able to float ... and they had a tow line and pulled it to the other end. ...

Retired Millersville University professor Leroy Hopkins, who lived on North Street, and moved with his family to Church Street when he was 12:

“Though I moved out of the 7th Ward, the 7th Ward was the center of my life, because at the end of North Street is Bethel A.M.E. Church. I was a Sunday school teacher and later a trustee. At the other end of the street was Klivansky's, a Jewish-owned grocery store where we used to buy pretzels. It later became Siegel's Grocery Store.

“I spent most of my time reading. First it was comic books. ... But then I discovered the county library. I couldn’t find a summer job. And most of the businesses were not hiring young black people. So I spent my summers reading. I got to where I could read four books a day. I went through all their mysteries and Westerns, and finally science fiction, which I still read today.”

Betty Hurdle, a retired housing and community advocate who lived on Locust Street:

“I liked living in the community, because it WAS a community. Everybody knew everybody, and it didn’t matter what your household composition was. ... I still have friends today from our childhood.

“I liked going to the Coatesville Picnic (an annual event at Rocky Springs) and watching the parades the Elks would bring to town. Seeing those girls stepping and those men marching — it was like being in Disneyland to me.”

Gerald Wilson, a historian and retired city police officer who grew up on Woodward Street:

“I remember Betty (Hurdle) used to work at Duke Cut-Rate, the local community drugstore and it had a soda counter. Betty used to make Lemon Blends. I loved those.

“In the summer, we played baseball every day. ... There was an empty lot at the corner of Christian and Dauphin. Home plate was a rock. The bases were either an oyster shell or a flattened tin can. ... ‘No chips on windows’ meant that, if somebody broke a window, you didn't have to chip in on (fixing it).

“That park is now a real playground, a real park, named for the first countian to die in the Vietnam War, Sgt. Joe Jackson. He grew up on my block.

“I remember when they opened the county swimming pool, when I was in junior high. It had a high dive and two low dives. You should have seen the line to go up that high dive. It was about 100 people for weeks.”

“My relatives were close by. This wasn’t unusual. I had two aunts who lived to the right of us, a block or two away, and you make a right and you go to Uncle Danny’s, you go down this way and you go to Aunt Pauline’s.

“The streets felt safe, that we could stay out until the streetlights came on. You played with a lot of neighborhood kids. You didn’t have to go far to find a playmate. It was OK to be outside playing hopscotch. It was a nice time to grow up.”

Thelma Geier Zellen of Chestnut Hill, Massachusetts, a consultant to the Frontier Science and Technology Research Foundation, who grew up on South Duke Street:

“My father had a tailor shop on Duke Street, and we lived in the apartment above. On the corner on the left was Rosen’s drugstore, where I got my ice cream and my Cokes.

“My father used to get a daily Jewish newspaper. And there were some (African-American customers) who could read Yiddish, and they would come in and read the newspapers.

“There were a doctor and dentist on South Duke Street who were black, and were Jamaican, I think. We went to them. My father said, ‘They’re our customers and we’re their customers.’ ... In a drawer in my father's sewing machine, in the 1930s, he had an NAACP card. So he must have been a member or made a contribution.”

Alice Toombs Thompson of Kettering, Maryland, who is retired from the housing and community development department in Prince Georges County, Maryland, and who lived on Locust and South Christian streets:

“My father, Kermit N. Toombs, used to have a service station on Chester Street. It’s gone (because of urban redevelopment). Everything was in the Ward to sustain your living, except for a bank — grocery stores, drug stores, small businesses, a barber shop, doctors, a mortician. It was a way of segregating within, for persons of color or other ethnicities.

“But we all interacted quite frequently. ... We were learning other cultures. You never thought about it; you just picked them up. ... When I went to Temple University, I inherited a ‘grandfather’ who was the butcher for the kosher Jewish community (in the 7th Ward). He used to pick me up on Fridays when he went down to (Philadelphia) for supplies. ... He was Russian, and he would come to the townhouse (at Temple) and say, ‘I’m here for my granddaughter.’ And when it was me (an African-American student) coming downstairs, people would wonder what was going on. It was really funny.”

Revitalization is proceeding in Lancaster’s southwest, as shown by two recent projects on St. Joseph Street.