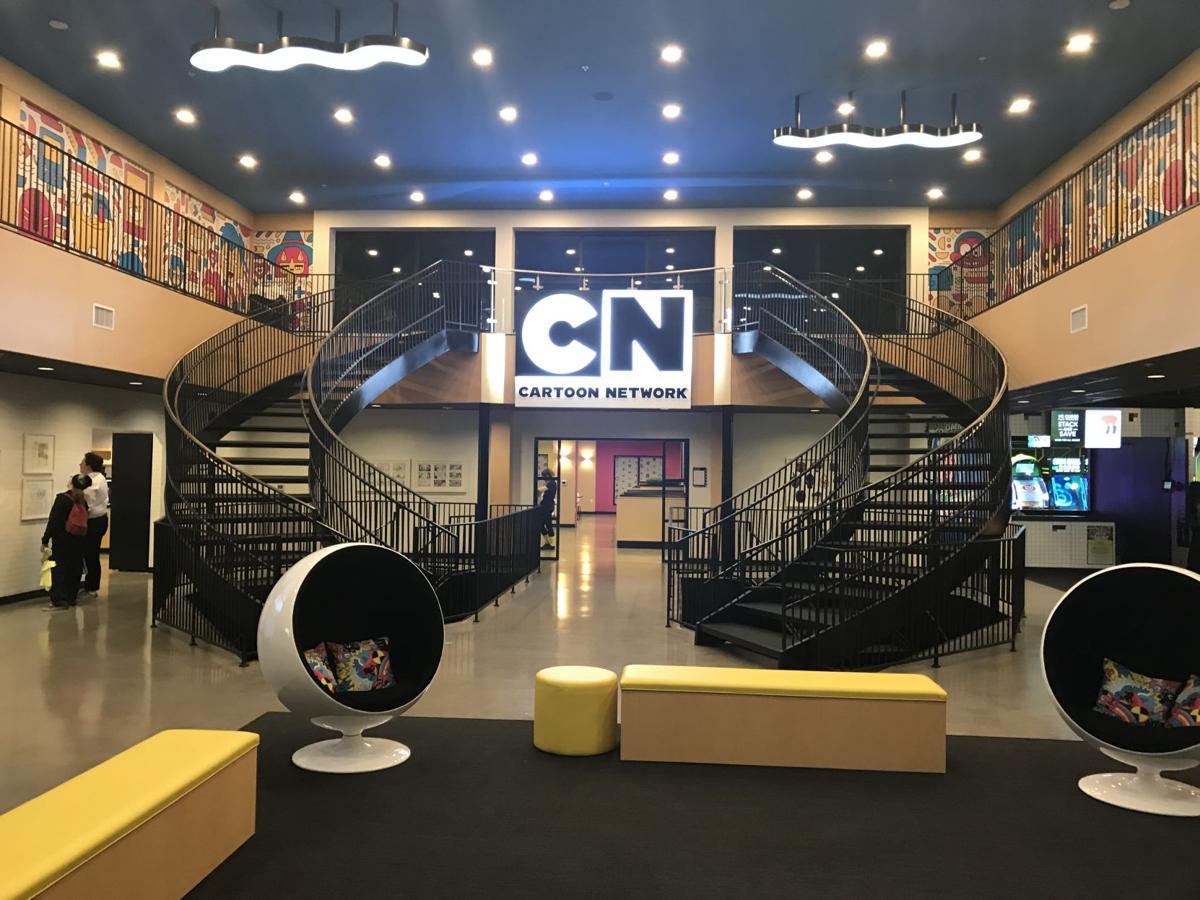 The main lobby at the Cartoon Network Hotel 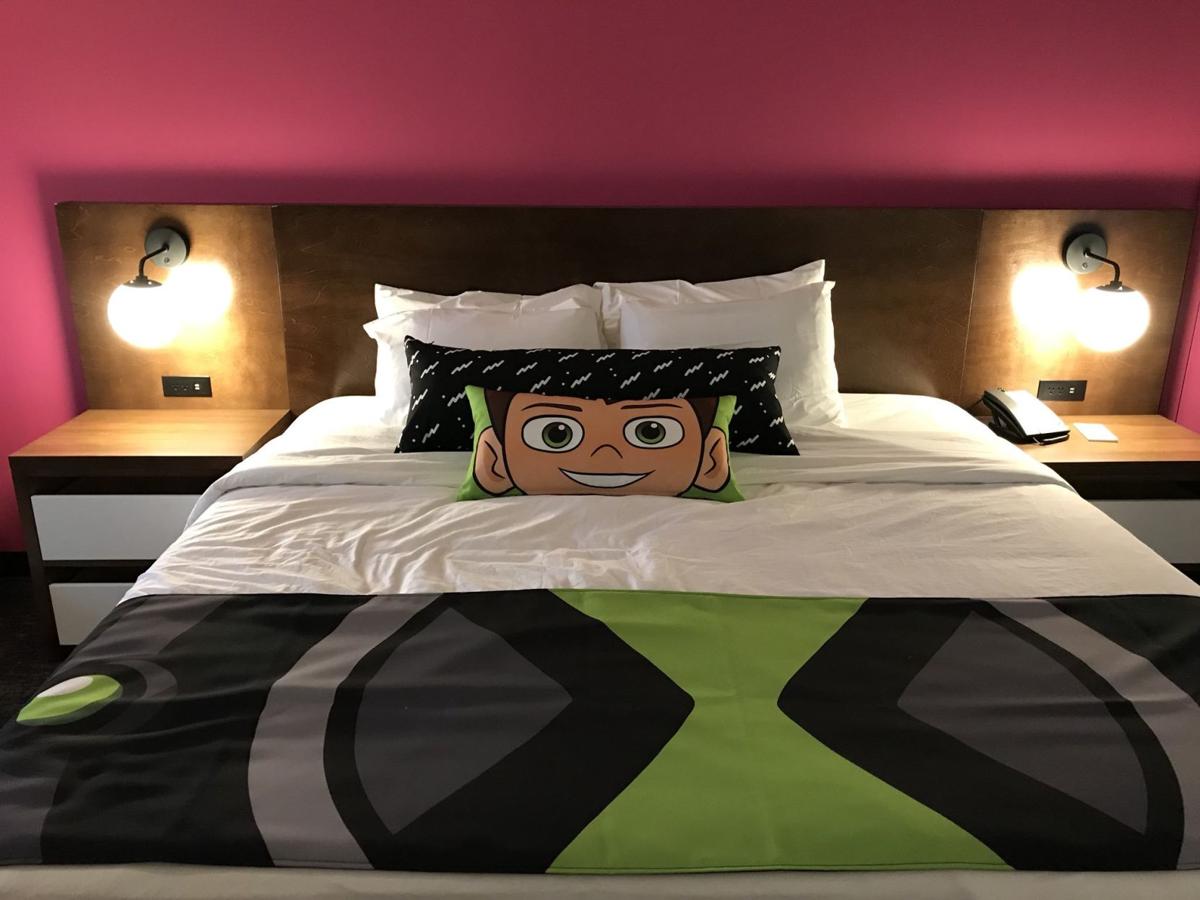 LNP reporter Kevin Stairiker is spending the night in the Ben 10 room at the Cartoon Network Hotel. 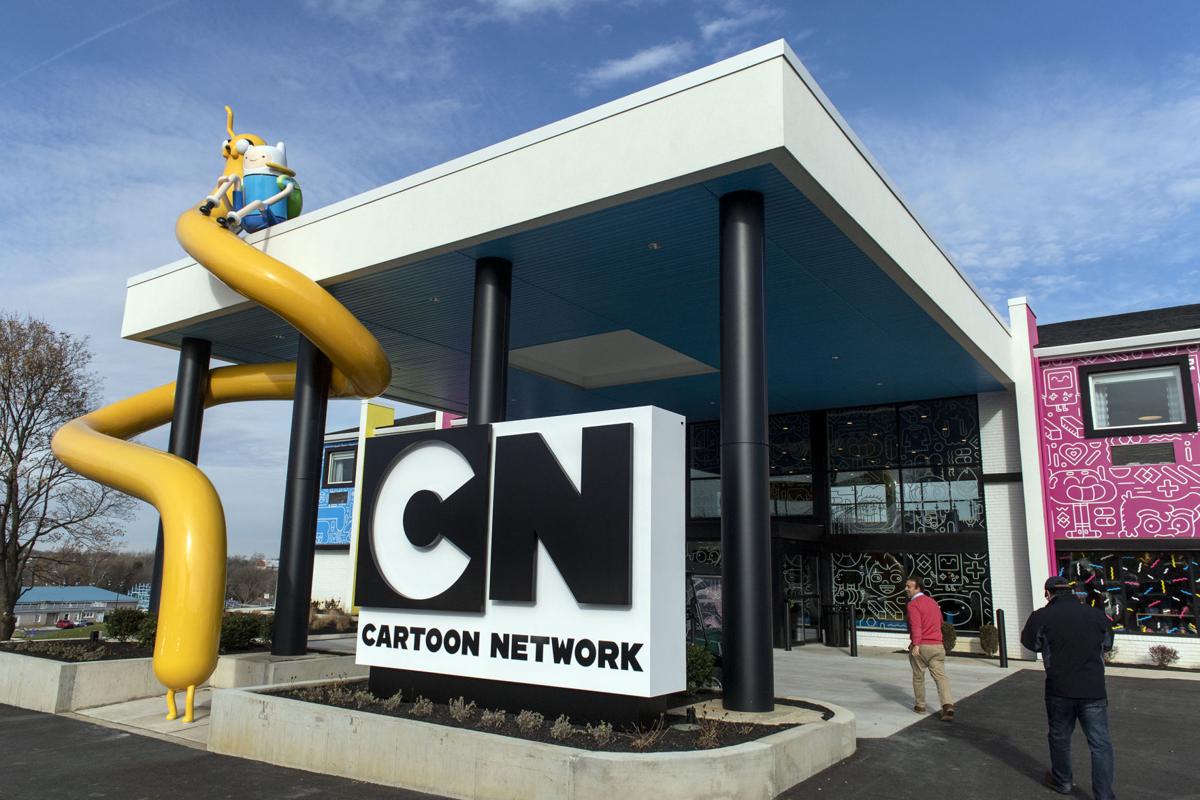 The Cartoon Network Hotel, which is the first in the country, will be open to the public on January 10, 2020. It's located next to Dutch Wonderland on Route 30 in East Lampeter Township. 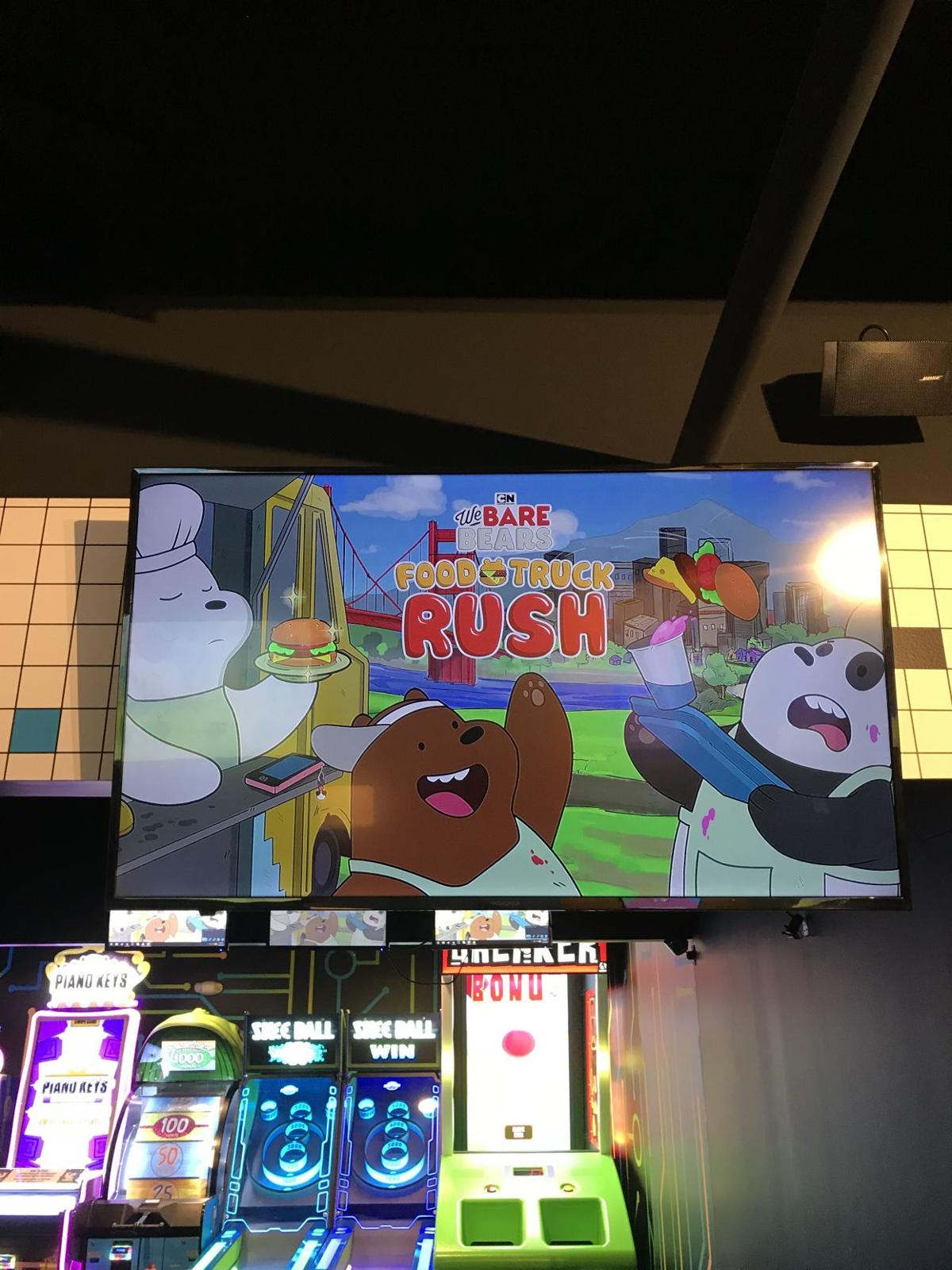 There are two VR games in the arcade at the Cartoon Network Hotel, including this "We Bare Bears" game 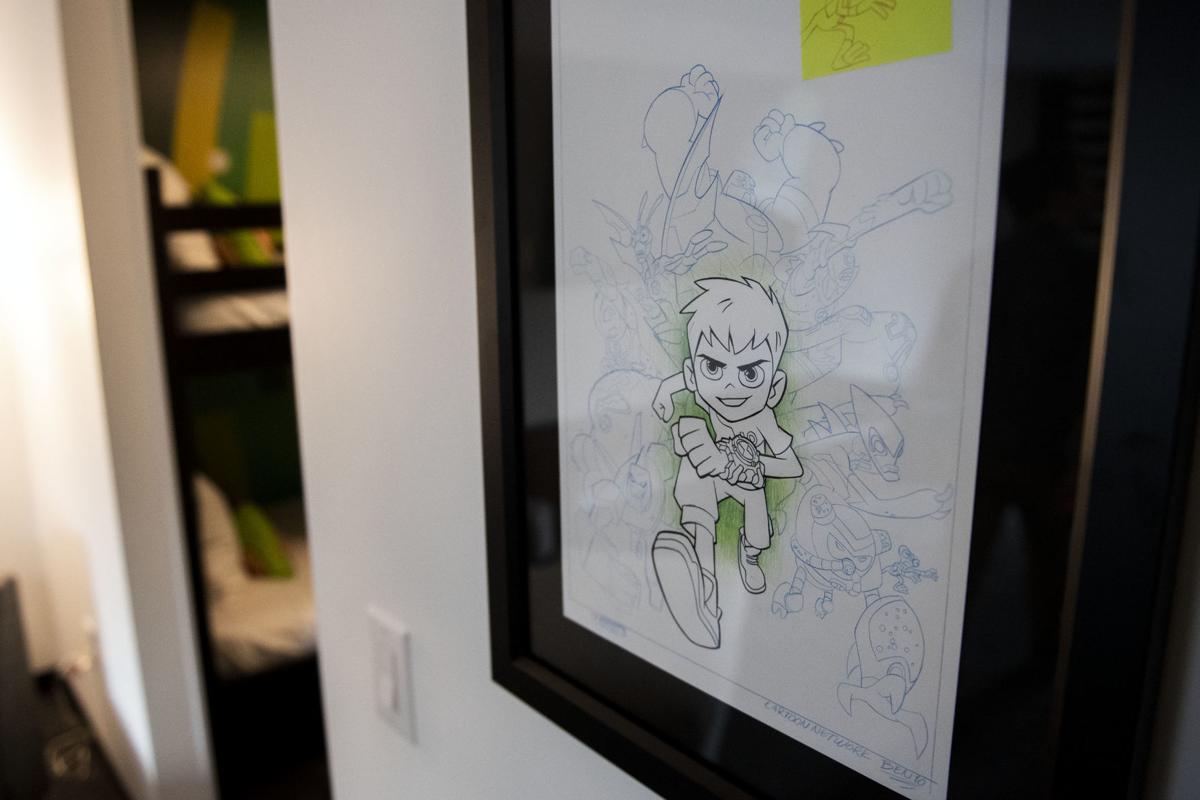 Original artwork is seen on a wall inside the Cartoon Network Hotel in East Lampeter Township, December 6, 2019. The hotel, which is the first in the country, has hundreds of framed original artwork throughout the hotel. 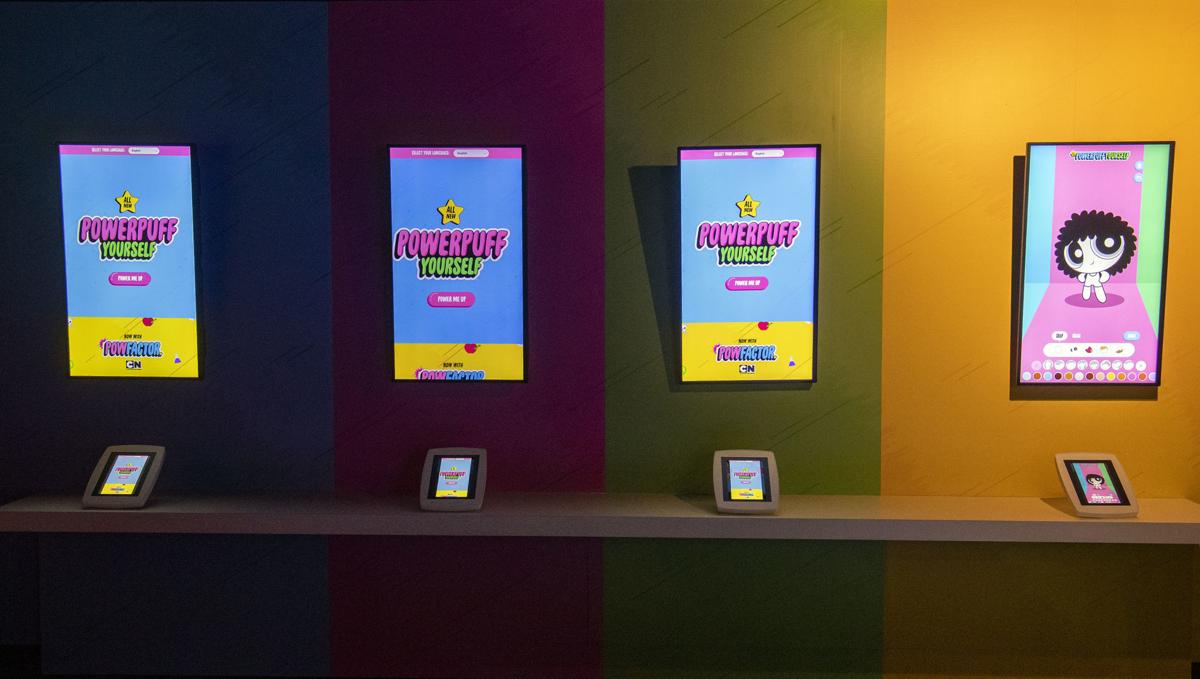 One of the many interactive games at the Cartoon Network Hotel in East Lampeter Township, Friday, December 6, 2019. The hotel, which is the first in the country, will open to the public on January 10, 2020. 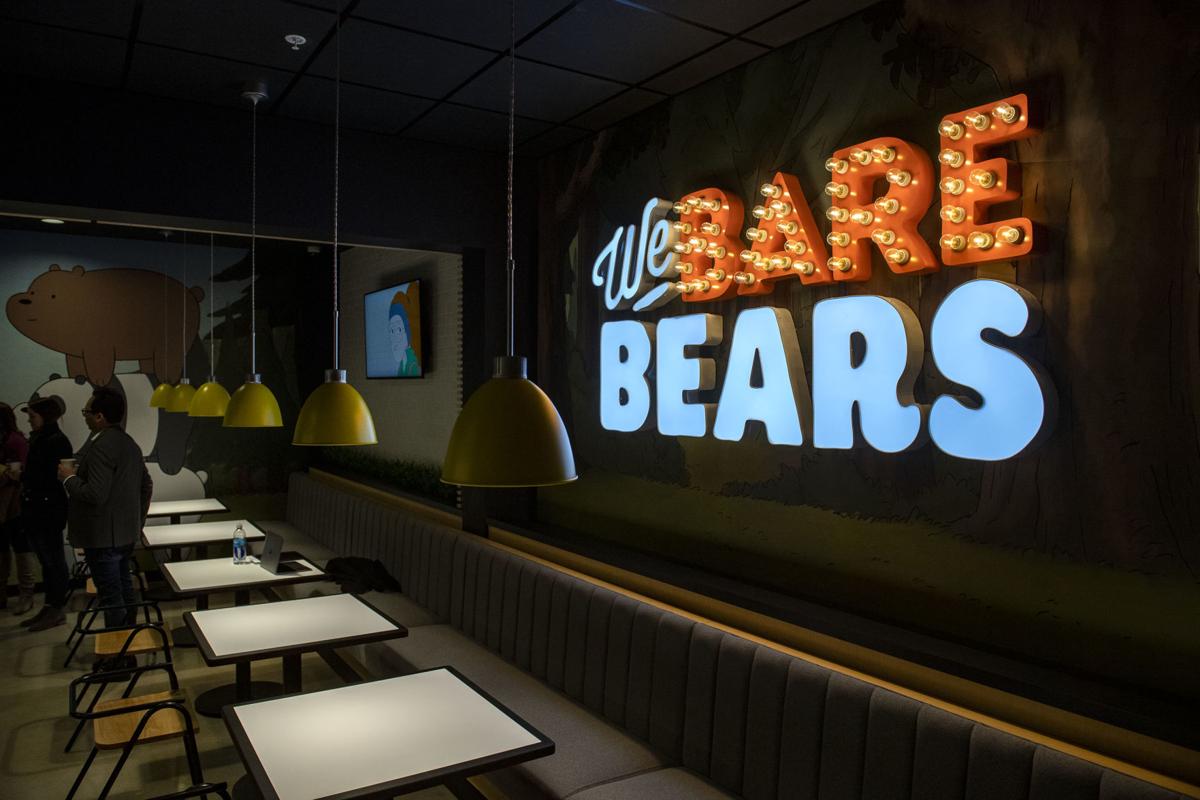 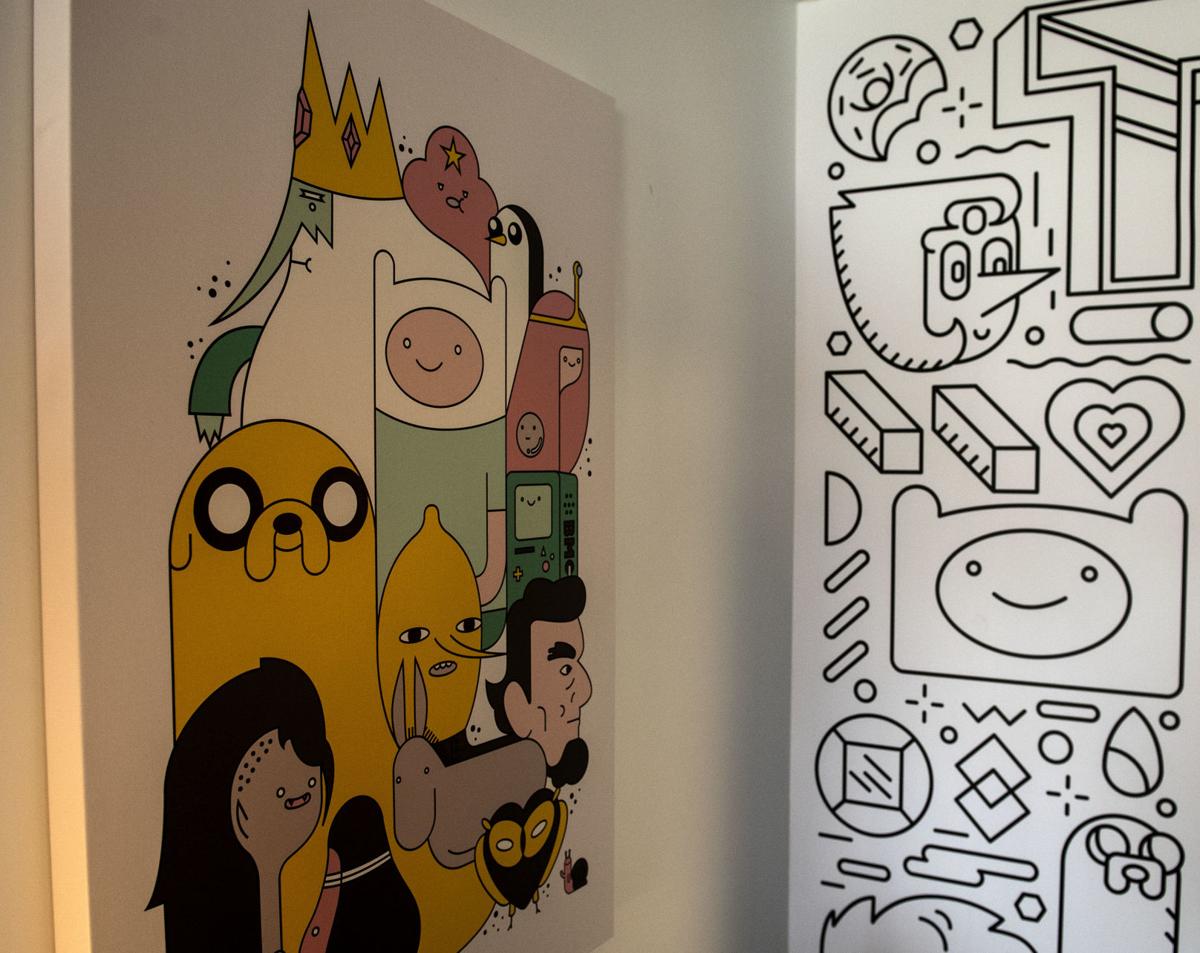 Each room in the Cartoon Network Hotel is themed after one of six different Cartoon Network show. This is one of the 155 character-themed rooms, December 6, 2019. The hotel will open up to the public on January 10, 2020.

Editor’s note: LancasterOnline reporter Kevin Stairiker spent the night at the Cartoon Network Hotel in Lancaster County as one of its first guests. Here’s his review.

The year 2000 was prime time for cartoons and computer games, as far as 8-year-old me was concerned.

These two pastimes smashed together that summer in the form of “Cartoon Network Summer Resort,” a flash game hosted on the television channel’s young website.

In this open-world adventure game, you interacted with Cartoon Network characters and retrieved lost items across an island hotel property.

Two decades after the release of that long-forgotten cluster of kilobytes, the nation’s very first Cartoon Network Hotel will have its grand opening to the public on January 10, 2020.

However, it won’t be located on a similarly sunny beach front– it’ll be on the side of bustling Lincoln Highway in Lancaster, Pennsylvania.

Palace Entertainment, the company that owns next-door neighbor Dutch Wonderland, acquired the Continental Inn two years ago for $4.7 million, and since then, it has slowly – slowly – been transformed into a multi-color wonderland for kids and patient parents.

As a later-range millennial born seven months before Cartoon Network’s own October 1, 1992 debut, my childhood squared roughly with the “Cartoon Cartoons” era of the channel. Shows such as “Dexter’s Laboratory,” “Courage, the Cowardly Dog” and “Ed, Edd n Eddy” defined countless afternoons.

Then I grew up, of course.

However, unlike its animation-focused competitors in Disney and Nickelodeon, Cartoon Network then laid a clear path for aging pre-teens and teenagers like myself in the form of “Toonami” and “Adult Swim.” These were programming blocks – and continue to be, albeit more symbiotically together - that regularly pushed the boundaries not only of western animation, but what simple “cartoons” could be.

This is all to say if you told an 8-year-old me that there would an actual Cartoon Network Hotel and it would be right in the middle of Pennsylvania, I simply wouldn’t have believed you. Honestly, there are many in the current day who still can’t believe that a first of this magnitude didn’t land on one of the coasts.

On a hotel media preview night, I stayed overnight and explored the grounds to test the boundaries of my own nostalgia against the harshness of my “old” age.

Before you take one step inside the door, you’re greeted with a fantastical, slide-like statue of Finn and Jake, the heroic duo of “Adventure Time.” For a nearly three-decade old channel with countless shows in its repertoire, it’s hard to nail down a single defining Cartoon Network mascot, but there is little doubt that Finn and Jake are in that discussion.

Quarters are divided between general rooms, of which there are 159, and four “Dream Suites,” which contain multiple interconnected rooms and upgraded amenities. Despite the differences in price - currently $187 and $398 a night, respectively - room themes pull from six specific series. Not only that, but the lobby’s gift shop also only pools from these same six.

That is to say, if you are not a fan of “Adventure Time,” “Steven Universe,” “Ben 10,” “The Amazing World of Gumball,” “We Bare Bears” or “The Powerpuff Girls,” you might find yourself in an endless “what about?” circle.

What about “Space Ghost: Coast to Coast?”

What about “Codename: Kids Next Door?”

What about “Whatever Happened to Robot Jones?”

Want to stay at the nation's only Cartoon Network Hotel? Here are 6 shows to watch before you go

OK, there are probably very few people asking for that last one. Nevertheless, I was able to spot cameos from a few “Teen Titans” on the walls, as well as a digital Johnny Bravo “Hoo Ha!”-ing his way across the elevator doors.

It’s not entirely fair to judge something for what it lacks, of course, as the cost of personalizing each individual room with a single show from the channel’s vast archives would probably outsize the cost of its streaming contract with Hulu.

For those in Generation Z, whose oldest members are now 22, these are just about the best representation of Cartoon Network’s offerings that could be picked from the last decade. The only holdout from the prior generation in the bunch is “The Powerpuff Girls,” which initially debuted way back in 1995 and was rebooted in 2016.

With six options for a standard room, this roll of the dice landed me in the theme of “Ben 10,” itself the longest running show in Cartoon Network’s history. Despite five series and 350 total episodes, I’m generally unfamiliar with the series, if only because its debut coincided with my move to more “adult” cartoons.

Thankfully, the bed does not require rattling off obscure quotes or trivia to sleep in. All told, the room features three defining “Ben 10” pieces – a pillow featuring the face of the titular Ben Tennyson, a bed scarf in the familiar green and black color scheme and a roughly two-by-three foot art piece with a dozen characters from the series. Guests can request a theme ahead of their stay, so don’t worry about being randomly deposited into a room you are unfamiliar with.

There are multiple bed options for standard rooms, but mine featured a king-size bed, as well as a small table, two regular chairs and a bean bag-type chair. While mileage can vary for the concept of “bean bag as chair,” I can confirm it to be quite comfortable, and I’m sure kids will enjoy chaotically nosediving into them, as well.

Do you want to guess what was on the 49-inch television when I turned it on? Along with Dish Network cable television, the smart TV also has Netflix and YouTube capabilities. But you aren’t coming to the Cartoon Network Hotel to sit in your room and watch Cartoon Network, are you?

The main hotel lobby hosts a majority of the amenities, which will be useful for kids with hyper-active attention spans. Along with the aforementioned gift shop, there is a “Ben 10” themed “Omnicade” featuring different takes on cherished arcade classics.

Similarly, there are “Ben 10” and “We Bare Bears” virtual reality games, made possible by four sets of HTC Vive headsets.

While the former is a standard VR shooting game, the latter is a surprisingly challenging game wherein you attempt to fill food orders from the back of a food truck.

Sweat trickled from my forehead as I attempted to make multiple cheeseburgers, all the while swatting away hungry squirrels and seagulls.

Nearby, there is a small coloring station and four large screens that allow you to “Powerpuff yourself,” creating a digital avatar in the style of Bubbles, Blossom and Buttercup.

All of this real and virtual world gaming is bound to make children of all ages hungry.

The central food station is the simply titled “Cartoon Kitchen.” As the hotel is still in preview mode, I was told that the menu is about a third of what it will be by the opening date. Even still, I had some delicious pork ribs with a root beer BBQ sauce, sweet potatoes and baked beans, book-ended by loaded nachos and an almost-excessive-but-excessively-tasty ice cream flight, comprised of six different flavors.

For those that love Lancaster touches in their worldwide intellectual properties, some meats are sourced from local farms and Square One Coffee Roasters helped provide items for the “Bearista Café,” the appropriately pun-filled “We Bare Bears” coffee area.

On a cold December day, it was hard to imagine, but the pool still managed to look good enough to dive into. Though it wasn’t available to glimpse as of yet, there will also be an indoor pool open year round. Near the pool will be an outdoor movie screen for regular summer movie nights during the warmer seasons. A good chunk of the rooms overlook the outdoor area, so parents could very easily get some alone time while the kids run around outside.

Frankly, the true selling point of the Cartoon Network Hotel are the four Dream Suites. Expansive enough to fit up to eight people, a majority of the rooms feature two bunk beds and two queen beds, as well as sectional couches and those charming bean bag chairs. Rooms also feature more of the lobby’s impressive framed storyboard images, featuring the themes of “Powerpuff Girls,” “Adventure Time,” Steven Universe” and “Ben 10.”

By the time the morning came around, my excitement for breakfast was frankly overwhelmed by the comfort of the bed, to the point where I missed the 9 a.m. cutoff time. Checkout isn’t until noon, which gives families plenty of time to triple-check every nook and cranny for lost items.

One of the lasting and most obvious questions is, “Is it worth it?” And really, there isn’t a simple answer.

Are your kids Cartoon Network fanatics? Then it will probably be worth every penny to see their eyes light up peeking around every corner for more cartoon fun. For people my age, who might be coming into town for something like Zenkaikon, it might make for the perfect center to remember your own fading youth.

It is certainly a more entertaining stay than, say, a Ramada Inn. For a county with too many hotels, motels and B&B’s to name, the Cartoon Network Hotel stands out immediately as something not just different to be different, but with a clear purpose to be different.

From roughly 1992 to 2004, around the time when these toons were my bread and butter, the company’s tagline was simple and to the point: “The Best Place for Cartoons.”

At the Cartoon Network Hotel, it’s hard to argue that it’s still true, regardless of how old your inner child is.

We stayed at the Cartoon Network Hotel before it opens; here’s what it’s like [photos, live updates]

Tonight, a few guests will stay in the Cartoon Network Hotel about six months ahead of its g…

Cartoon Network Hotel opened today; here's what to know before you go