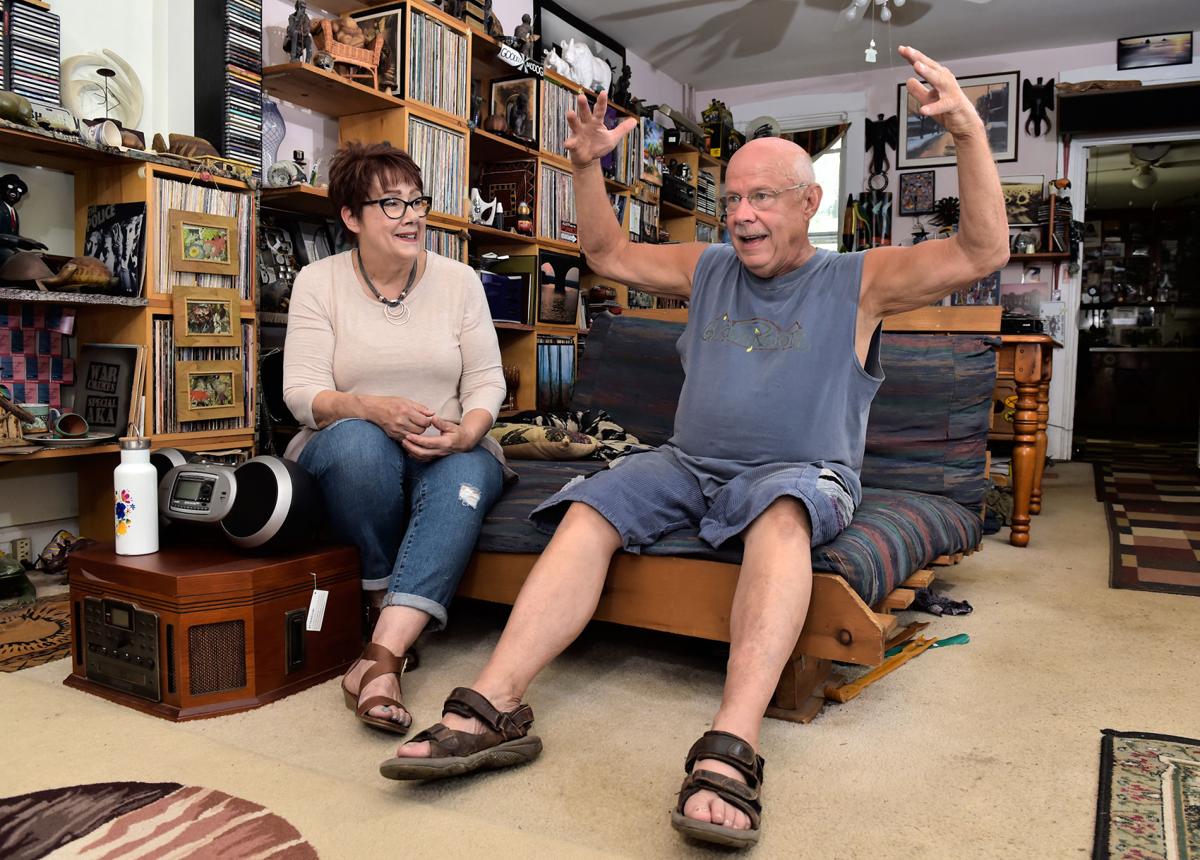 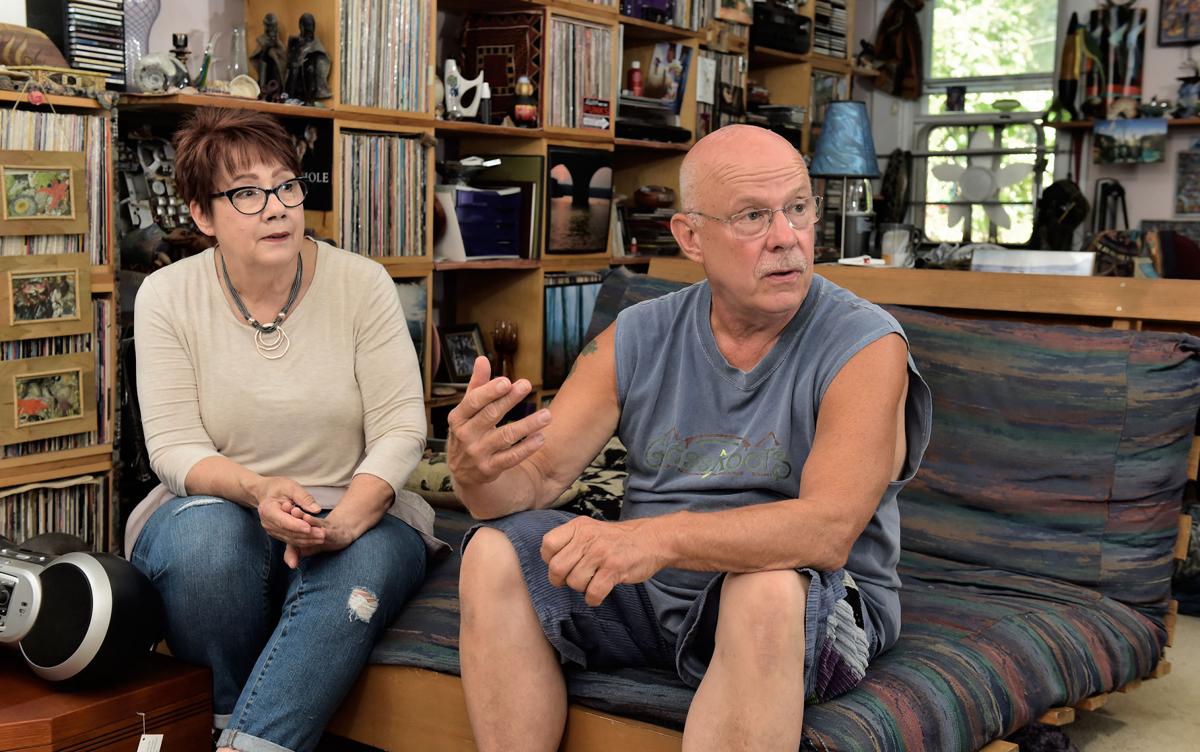 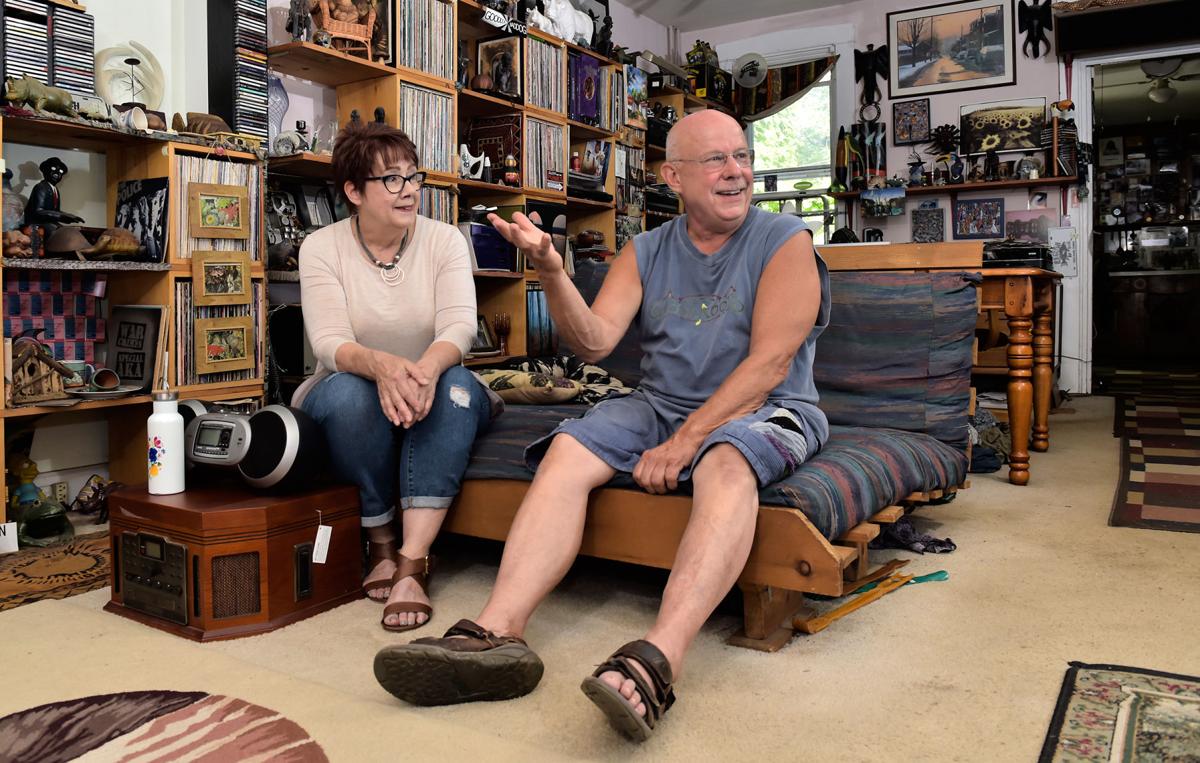 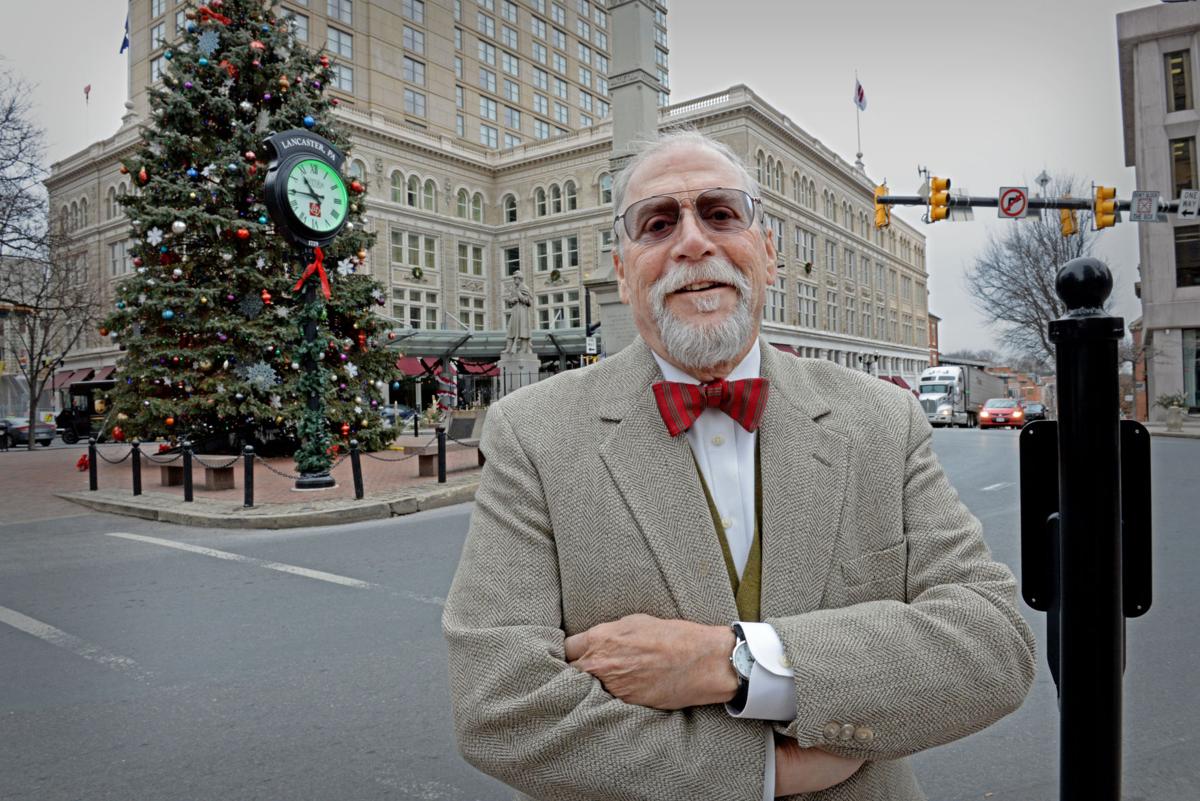 Rick Gray poses for a photo in Lancaster city's Penn Square Dec. 20, 2017, before his third and final term as mayor ended.

Some of those in that massive sea of people have connections to Lancaster County.

For the festival’s 50th anniversary, Lancastrians who attended Woodstock share their memories of music, mud and more from the historic event.

Former Lancaster mayor Rick Gray was fresh out of law school in the summer of 1969. The now-retired Gray had about six weeks off before he needed to report to his job at a law firm in Pittsburgh, so he was determined to make the most of it.

In mid-July, he and a friend trekked to Cape Kennedy, now Cape Canaveral, to see Apollo 11 take off. Then, at the beginning of August, he went to the Atlantic City Pop Festival at the Atlantic City racetrack. The festival boasted an impressive lineup that included Jefferson Airplane, Creedence Clearwater Revival, Janis Joplin and more. There, he says, everyone was talking about the upcoming Woodstock event in Bethel, New York. He remembers people discussing the possibility that Bob Dylan might show up. (He didn’t.)

Gray had been keeping tabs on the festival for other reasons.

“Maybe it’s the lawyer in me, but I had been following their inability to get a permit anyplace,” Gray says.

The festival was intended to be in its namesake city of Woodstock, but when permit troubles plagued organizers, it was moved to Yasgur’s farm in Bethel.

Steve McCann, a 1969 graduate of J.P. McCaskey High School, was also at the Atlantic City Pop Festival. He, too, remembers people chatting about Woodstock. He had found out about it from an ad in Rolling Stone magazine.

McCann spread the word to his friends in Lancaster, a small group of hippies who spent their time hanging out in Buchanan Park with bags of wine.

“That was like Haight-Ashbury,” McCann says of the park.

Unscripted: A road trip to the Woodstock festival site with my dad

That’s where he met Judy Watson, a 16-year-old Penn Manor High School student. Despite her age, her parents had no qualms about her trekking to Woodstock with some friends.

“My parents always knew who I was,” says Watson, who now works as an esthetician at Elan Hair and Spa. “My parents were the kind of people who felt like by the time their children were about 11 years old, if the lessons they were trying to teach us didn’t take, it was a little too late.”

Watson and McCann left for Woodstock early in separate vehicles. Watson rode with a different friend, while McCann packed himself and five friends in his Chevy Nova. They’re not sure when they met up, but they believe they spotted one another on the road when they hit standstill traffic.

“I remember afterwards saying to people, I couldn’t believe (it was) such a large crowd — this was 400,000 people — and we would be walking through a crowd of people and run into people that we knew,” Watson says.

Gray went up early on Thursday to try to beat the crowds. He and his three friends still ran into traffic and ended up parking his Volkswagen Beetle on the side of the road.

Luckily, one of Gray’s female friends had the good sense to pack a tent, because he didn’t bring much else.

They didn’t pack any food, but did have eight gallons of cheap red wine.

The wine didn’t survive the night because they shared it with anyone who asked. Gray remembers buying three hard-boiled eggs from a local fire company the next day.

“That was breakfast, lunch and dinner on Friday,” Gray says.

Watson and McCann also didn’t bother to take food, but also took along cheap wine. McCann also had a hand-colored paisley sheet to hang as a way to help find their campsite.

Richie Havens was the first musician to perform at Woodstock, taking the stage shortly after 5 p.m. He opened with “From the Prison.” The music would continue through the night until 2 a.m., when folk singer Joan Baez ended her set.

Santana was up next.

“No one who was with us had any idea who Santana was,” Gray says. “We never heard of Santana. And they just blew the crowd away.”

Gray stayed until Monday morning, when the festival ended with Jimi Hendrix, who went on at 9 a.m. The festival was supposed to wrap up Sunday night, but Hendrix was one of the main reasons Gray wanted to go to Woodstock.

That’s a mere fraction of the estimated 400,000 who attended the event.

17: Miles traffic was backed up to the festival.

So many people had left early because rain had created miserable conditions on the festival grounds.

Light rain began on Friday, and things never got a chance to dry out. Then, on Sunday afternoon, a deluge turned the farm into a muddy mess.

Watson opted to go barefoot for the entire trip, and didn’t even have a pair of shoes with him. As it turned out, they wouldn’t have done her much good anyway.

“As soon as (Joe Cocker) got done, I’m pretty sure that’s when there was real super heavy rain, a real cloud burst, and it just poured for a while,” Gray says. “We had sandals on, and the mud was so deep it tore our sandals off.”

Woodstock anniversary concert will bring Long's Park back to 1969

Plus, there were far more people on site than the organizers ever anticipated. They expected 50,000 but didn’t have a firm idea of the number of tickets sold. When a group eight times that arrived, the flimsy fences were knocked down and it became a free-for-all. Gray didn’t even purchase a ticket.

In keeping with the many protest burnings of the time (draft cards, bras), McCann remembers a pile of Woodstock tickets burning. Before the entire pile caught fire, he grabbed a couple of tickets as souvenirs. The corner of the Sunday ticket he has is smeared with brown mud.

There was no water source, and community groups were called upon to help feed the masses. And those who smoked cigarettes were out of luck.

“You could get any drug you wanted except nicotine,” McCann says.

But none of that bothered Watson much.

“Maybe sometimes we forget that it was muddy and a little rainy, but that to me was secondary to the fun we were having,” Watson says.

The fun and fellowship of Woodstock has become as integral to the Woodstock story as the music itself.

The less-than-ideal conditions ended up bringing people together more than tearing them apart, the attendees remember.

For instance, the Hog Farm — a New Mexico hippie commune — aided the crowd by setting up a free kitchen and helping those who were lost or had a “bad trip” after taking psychedelics. And there were plenty of those.

“I remember sitting next to a girl that when they announced that the brown acid was bad said, ‘Oh my god, I took the brown acid,’ and started freaking out,” Watson says. “That was scary.”

“The crowd just enveloped them and separated them,” Watson says. “Nowadays, if you saw two people fighting, there’d be a circle around them and there’d be clapping and videotaping. But here it was parting them, separating them.”

The overwhelming opposition to the Vietnam War and demands for peace gave these young people more to connect over than just music, Watson says.

“We were a generation with enough power to make some big changes,” Watson says. “I really think it was the youth movement and the protesting of Vietnam that brought Vietnam to an end.”

Gray also remembers a peaceful atmosphere on the farm.

“I never saw one person that was aggressive to anybody else or hostile to anybody else,” Gray says. “And you know, when you think of today and you think of the peace and love of the ’60s —although there was an awful lot of negatives about the ’60s — you think of the hippie ethos of peace, of love, really. It’s not a bad way to live. And this was sort of the culmination of that. If you have something, you shared it. If you could help somebody, (you helped) them. It was just a different time.”

Gray says he could tell he was part of something special.

“You knew when you were there that something was happening,” Gray says.

But Watson and McCann didn’t know their weekend adventure made national news until it was over. In fact, McCann expected to hear of another big festival in a few weeks. That announcement never came, though.

It wasn’t until Watson stopped into a Bethel-area woman’s house for a drink of water that she saw it on the television.

In the 50 years since Woodstock, the event has become a major part of ’60s counterculture history.

“At the time, it was a great concert, but you didn’t think it was the statement that it is now,” McCann says.

But Gray says he feels the lasting effects of what happened in that muddy New York field, especially in the way the attendees treated one another.

“The people that were there, it had to change the way you looked at and what you thought about people,” Gray says. “It just had to.”

Actor and Ronks native Jonathan Groff is scheduled to appear on the talk show "Live with Kelly and Ryan" Monday on ABC, following Friday's rel…

Flogging Molly guitarist did his research on Lancaster before the band's first show in town on Sunday, September 1.

Gordon Lightfoot has postponed his upcoming performance at the Strand Theatre at the Appell Center for the Performing Arts.

Lots of musicians talk a big game about authenticity.