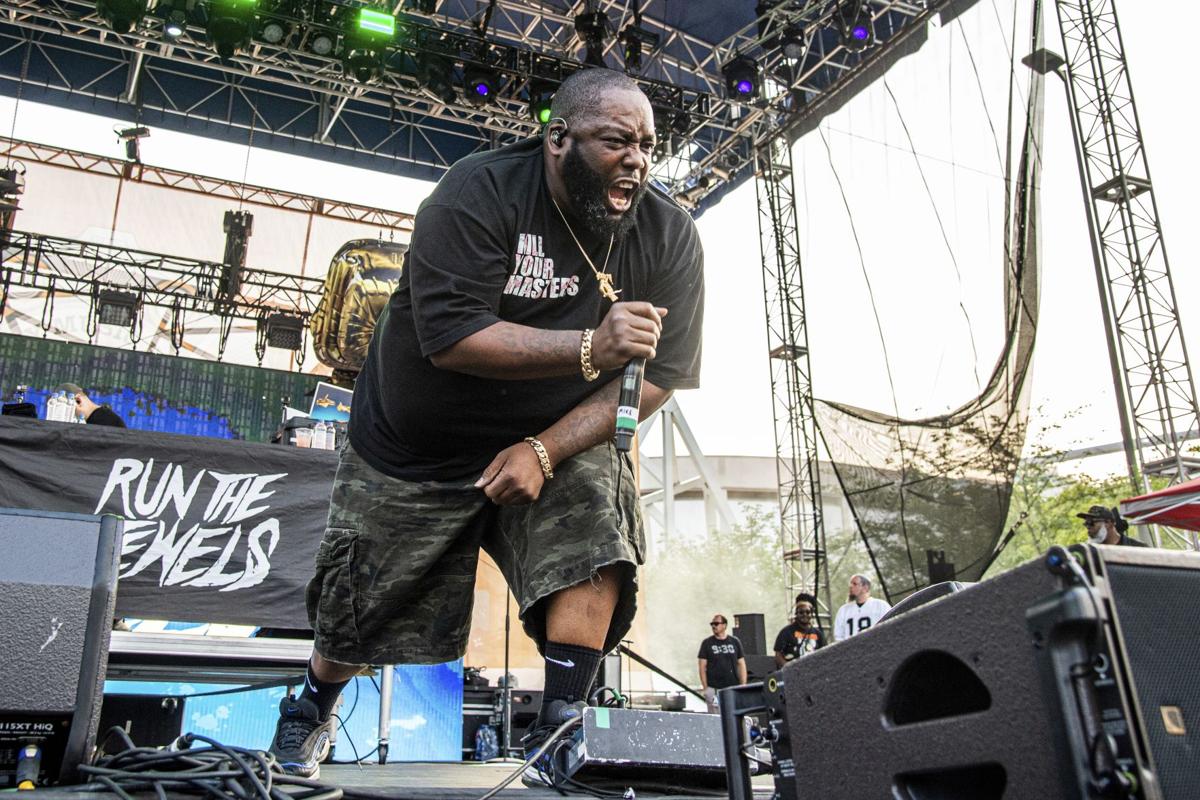 Killer Mike of Run The Jewels performs at the Bunbury Music Festival on Sunday, June 2, 2019, in Cincinnati. (Photo by Amy Harris/Invision/AP) 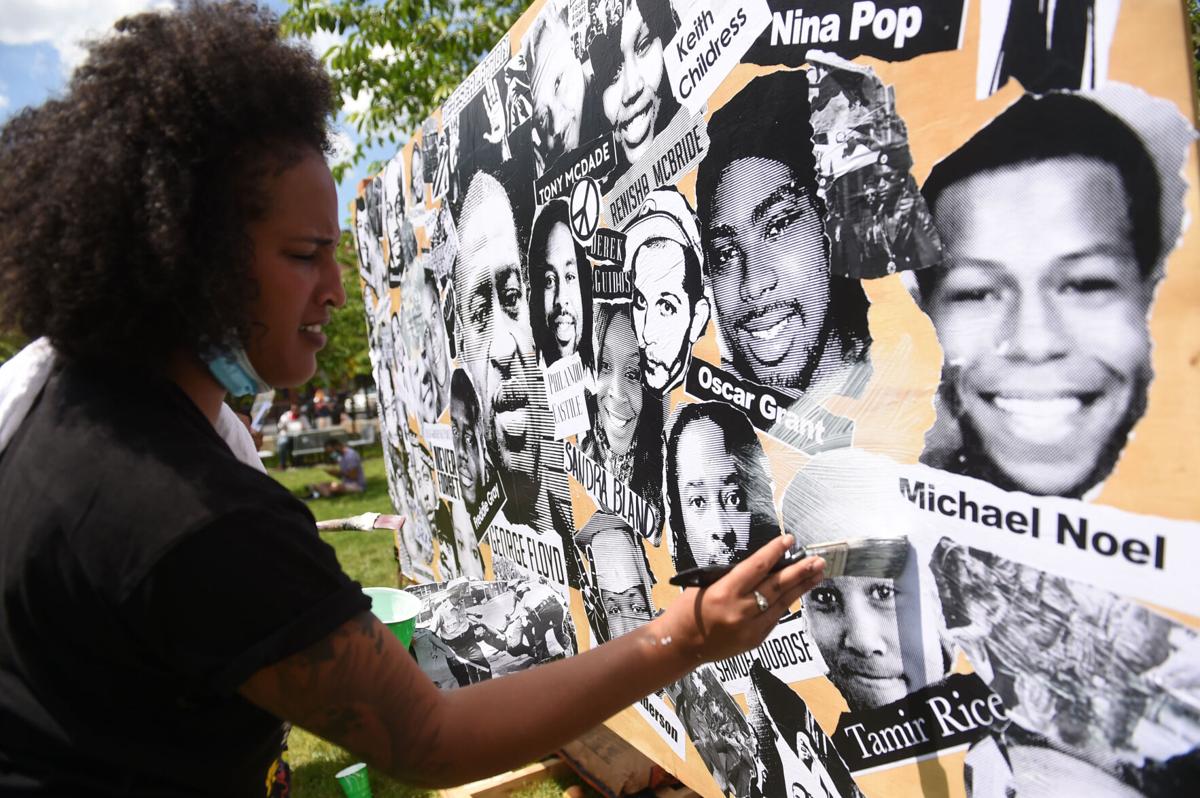 Keisha Finnie, 28, of Lancaster, helps to create a mural June 6, 2020, recognizing black lives lost to police brutality and other acts of racial violence. Finnie and others created the mural in the Art Park next to Lancaster's police station. 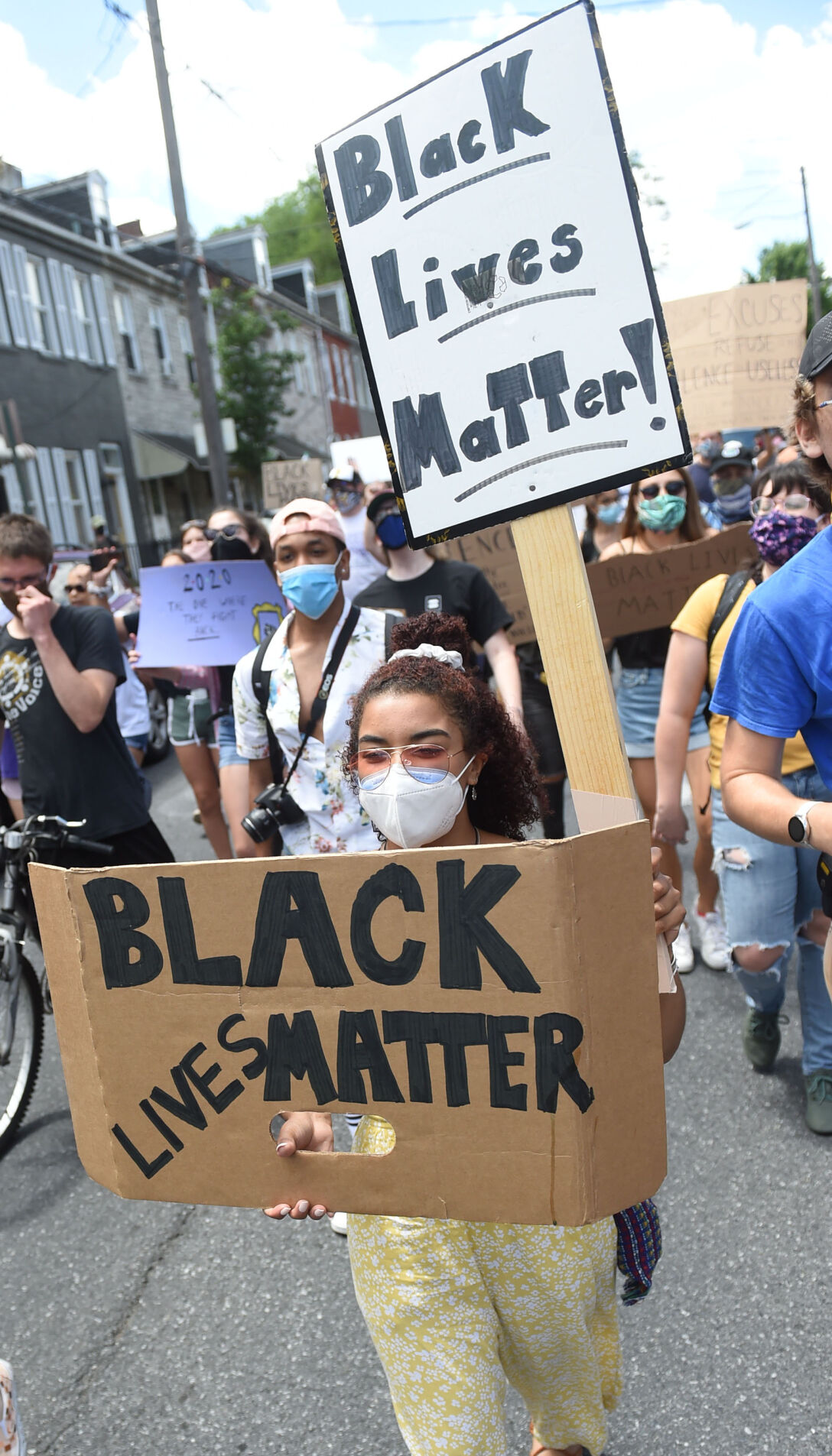 Gabrielle Long rallies against police brutality and the treatment of George Floyd in Lancaster on Sunday, June 6, 2020.

Protest standard “Blowin’ in the Wind” once asked how many roads a man must walk before he can be called a man, and it turns out that those roads are paved with decades of government inactivity on systemic injustice and a ceaseless number of black lives lost in the process.

In his own way, Bob Dylan was trying to speak a fact that should be obvious, that some still struggle with today - that black lives matter. However, in 2020, it’s not enough to ask rhetorical questions wrapped in metaphors. The pensive melancholy of boomer-friendly protest music from half a century ago has only grown into songs that carry the incremental weight of anger, exhaustion and terror.

To be clear, police brutality and the righteous rage it creates has existed for generations. It’s the rapidly increased access to technology that provides a front row seat to horror shows like the 8-minute-and-46-second police killing of George Floyd three weeks ago. The protest music of this moment reflects the garishness of its subject matter, the chaos of hopelessness. The best kind of protest songs end up being ones that are truthful, precise and culturally relevant.

Nothing feels like the times quite like “Pig Feet,” a single released on the first day of June by producer Terrace Martin and featuring rappers Denzel Curry and Daylyt, as well as saxophonist Kamasi Washington. The song begins with a too-familiar sound of gun shots, the whirring of helicopter blades and crying, before giving way to a dual blast of drums and Curry’s machine gun flow.

The simplicity of the structure, mostly just one D minor chord slammed out on a piano, allows Curry’s percussive bars and Washington’s mournful sax to tell a story of a system that has systemically failed them.

Sometimes, a “protest song” doesn’t even have to be a whole song. Just one line that presents enough naked truth can instantly cut above the noise. Two weeks ago, one of the past decade’s best rappers, Freddie Gibbs, released “Alfredo.” The album is a collaboration with noted producer The Alchemist and features a concise version of the same braggadocios and impactful wordplay Gibbs has quietly become known for.

One of the album’s singles, “Scottie Beam,” contains this repeated line:

“The revolution is the genocide/Yeah, my execution might be televised”

The full song drifts between Gibbs detailing being pulled over by a police officer and finding a companion resembling the song's titular media personality. However, less than a week after release, it was that one play on Gil-Scott Heron’s immortal “The Revolution Will Not Be Televised” that found itself on a handful of protest signs across the country, and shared by Gibbs on his social media accounts.

Obviously, the line was recorded prior to Floyd’s killing. Many have pointed out in the last weeks that the killing of Floyd - as well as the still-recent killings of Ahmaud Arbery, Breonna Taylor and Tony McDade  - come as no surprise to those who don’t turn away from the everyday injustices of racism. The lyric would be just as relevant had Gibbs been around rapping when the filmed police assault on Rodney King went “viral,” 1991 style.

Perhaps no rapper has combined elevated mainstream success with increased advocacy more than Killer Mike, one half of rap duo Run the Jewels. Though Killer Mike made his inroads with hip-hop heads nearly 20 years ago thanks to appearances on beloved Outkast tracks, he’s earned a popularity surge in recent years thanks to the success of Run the Jewels and the support of former presidential candidate Bernie Sanders.

Along with fellow jewel runner El-P, the group released its long-anticipated fourth album, “RTJ4,” several days earlier than scheduled to coincide with nationwide unrest. Among others, the album features an important link to protest songs of the past – a vocal appearance by the iconic Mavis Staples, who sang songs such as “Freedom Highway” and “I’ll Take You There” with the Staples Singers.

The most chilling song on “RTJ4” is, appropriately, “walking in the snow.”

At first, all the hallmarks of a typical Run the Jewels song are there – bravado, booming production from El-P and cutthroat lyricism. But it’s Killer Mike’s second verse that might as well have been written the night of Floyd’s death, despite a confirmed recording period of November, 2019.

“Every day on the evening news, they feed you fear for free/And you so numb, you watch the cops choke out a man like me/Until my voice goes from a shriek to whisper, ‘I can’t breathe’”

Since this is a newspaper, it’s worth mentioning that all of these songs have language that some might consider indecent or gratuitous.

That being said, if the presence of some “bad words” somehow negates the message being presented for you, consider another one of those rhetorical questions posed back in 1963.

“How many times can a man turn his head/And pretend he just doesn’t see?”

Every night at 6 p.m., a sound echoes through a small corner of Rohrerstown.

LNP | LancasterOnline periodically curates readers' letters to the editor on a variety of issues facing the county — and beyond.

After three months with no "First Friday Fright Nights," Mr. Suit Records and Zoetropolis Cinema Stillhouse are bringing it back for a virtual…

June is National Pride Month, which is often marked with lavish, colorful parades that celebrate one's self-expression and identity.

It was only three weeks ago, but it already feels as though every facet of the police killing of George Floyd is ingrained in the collective c…

A statue of John Sutter, a colonizer of California, who spent his last years in Lititz, was taken down earlier this week.

Art has potential to entertain as well as educate. With that idea in mind, the Criterion Channel, earlier this month, lifted the paywall on it…

New music from Lancaster musicians over the past month includes songs by Gregory Martinez Jr., Nearly York and more

In times of strife, music can sometimes be the only thing to help bring some positivity.

Daytime dance parties are filled with energy, connection and hugging. I signed up for a virtual version during a quarantine.