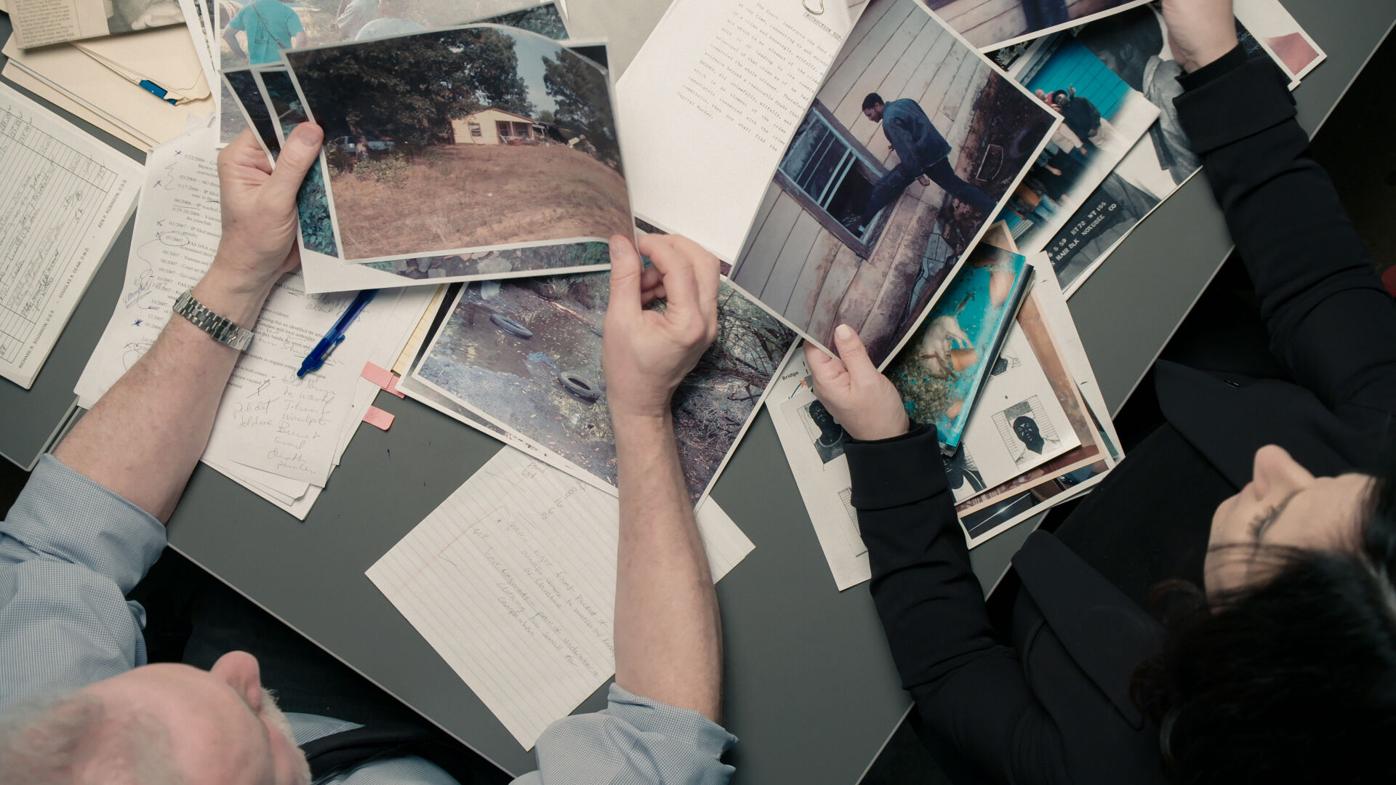 Still from the Netflix true crime series "The Innocence Files." 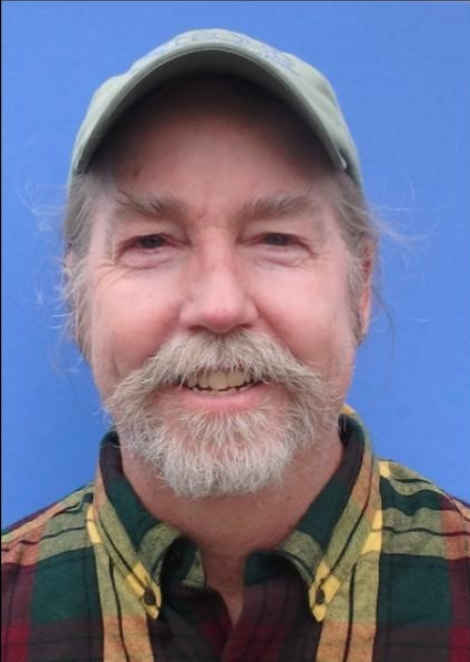 Millersville professor Dr. John Wallace's work aided in the exoneration of a man on death row. 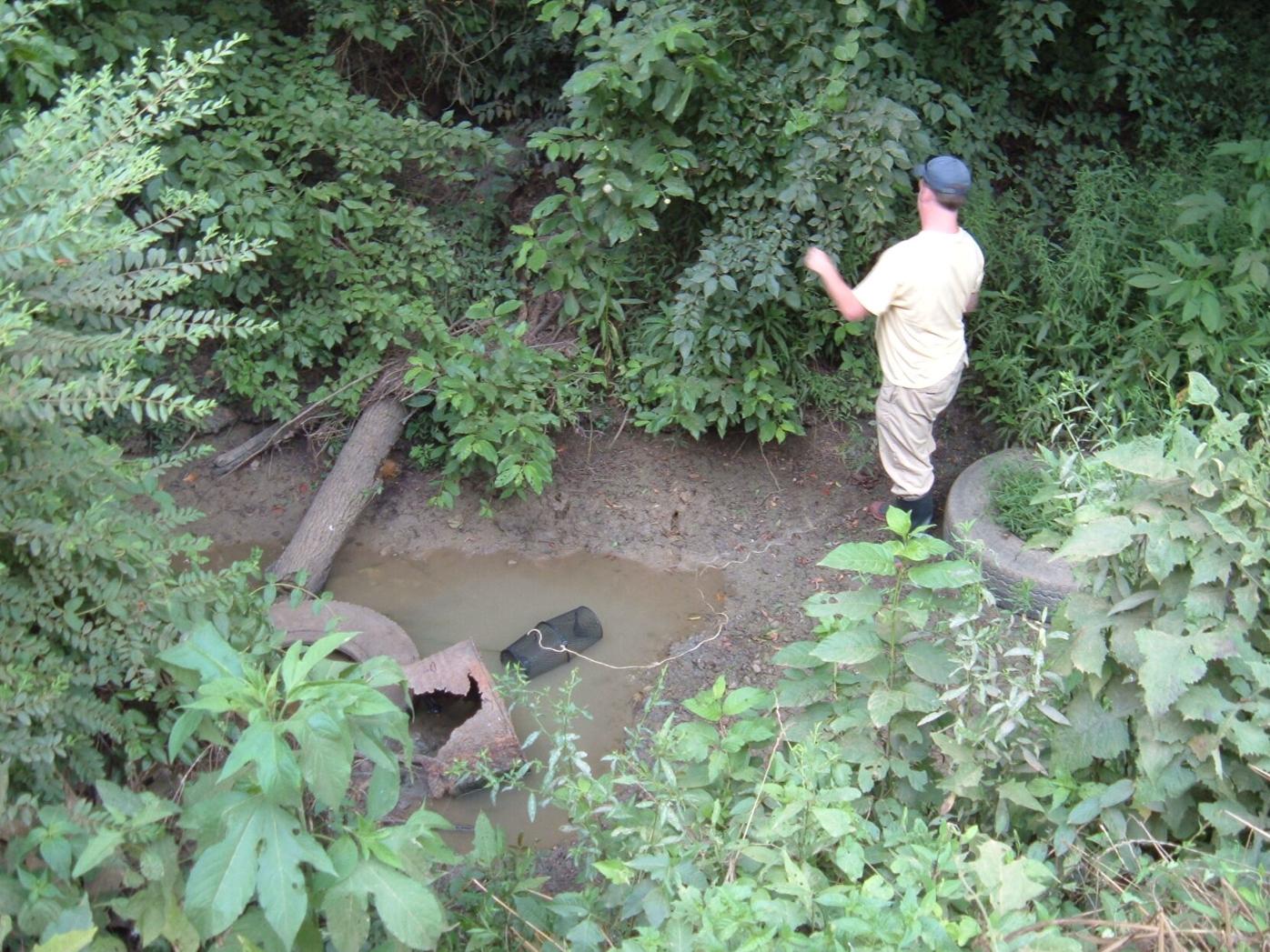 Millersville professor Dr. John Wallace gathering crayfish from the stream near the crime scene in 2006.

In 1992, Kennedy Brewer was arrested in Mississippi for the murder and sexual battery of his girlfriend’s 3-year-old daughter, Christine Jackson. Christine’s body was discovered in a creek near her home. After three years waiting in jail, Brewer was convicted and sentenced to death by lethal injection. Brewer spent 15 years in jail – seven of those on death row. Meanwhile one of the keys to his salvation, a species of crayfish known as Procambarus hayi, was living at the bottom of that creek in Brooksville, Mississippi.

The details of Brewer’s case, and another similar case involving a man named Levon Brooks, are detailed in a three-part installment of the Netflix series “The Innocence Files.” And the work of Millersville University professor Dr. John Wallace proves to be one of the keys to breaking the case.

“The Innocence Files” is a true crime series based on the efforts of the nonprofit group The Innocence Project, a legal organization dedicated to exonerating people who have been wrongly convicted.

Wallace’s work is highlighted in episode two of the series, though he isn’t interviewed. Wallace says he wasn’t even aware there was going to be a show.

“This seemed like a wrongful conviction to me,” says Wallace, who is currently on sabbatical from his position at Millersville.

'I let the insects do the talking'

Dr. Wallace specializes in entomology, forensic entomology and stream ecology. As a forensic entomologist, Wallace works with law enforcement to help conduct investigations and has been involved in somewhere between 50-70 cases from homicides to suicides to civil cases. Though, he says, he typically has very little actual communication with police and investigators.

“I typically let the insects do the talking,” Wallace says.

Wallace notes that he is one of 20 board certified forensic entomologists in the United States – and one of two that specializes in aquatic cases.

“For me, the exciting part is how with the application of insects in a court of law, we’re able to demonstrate how this kind of evidence can be useful.” Wallace says. “And in fact be very critical, in these kinds of investigations.”

Wallace’s focus of study is primarily insects, and specifically mosquitos and the pathogens they transmit. But, in 1999-2000, a group of passionate students convinced Wallace to undertake a survey of the crayfish population in Lancaster County. The previous survey was done in 1904 and recorded two species of crayfish; Wallace and his team identified eight species. It was his work with crayfish that led to the Innocence Project contacting him for help on Kennedy Brewer’s case.

“Whenever you see a case that’s overturned with DNA evidence, a lot of times it’s a bite-mark case,” Wallace says. “It’s because the interpretation of bite-marks is so subjective.”

The court heard evidence from a forensic dentist named Dr. Michael West who said bite marks on the victims arms were “indeed and without a doubt inflected by Kennedy Brewer.”

“What you didn’t see in the shows was the autopsy,” Wallace says. “If you would have seen that then you would realize something is wrong here. Michael West was holding the camera in the autopsy video and was choreographing how these teeth may have made those marks. And the sound of the autopsy video was not allowed in court. That’s why everyone was sold on Kennedy Brewer.”

The Innocence Project founders, attorneys Barry Scheck and Peter Neufeld, weren’t sold on the bite marks. So Scheck reached out to Wallace.

“He said, ‘We’re calling you because we think some aquatic organisms caused these marks,’” Wallace says.

Wallace and his sons traveled to Mississippi and met with two attorneys including Vanessa Potkin, featured on “The Innocence Files.” There he visited the creek where Christine’s body was found, and a pond where a victim from another case was discovered and spent three days collecting crayfish.

Wallace was struck with another thought as he walked through the thick bramble and brush along the route from the victim’s house to the stream.

“We had to go through briars and weeds and shrubs and by the time I got to the stream and then back to the house I was all scratched up,” Wallace says. “I asked the attorneys, ‘Was Kennedy Brewer’s body searched for scratches?’”

They said it wasn’t, Wallace says, which he considered a red flag.

“There’s no way that he carried the little girl’s body in the dark through barbed wire fences, brambles and briars and gotten back unscathed,” Wallace says. “No way.”

Wallace transported his bucket of crayfish back to Millersville University and began running tests. He put the crayfish and two stillborn pigs in a kind of aquarium known as a “living stream.” He then analyzed the marks left by the crayfish on the pig flesh in a software program called ImageJ to make his determination and gave his findings to the Innocence Project.

The efforts of the Innocence Project and Wallace helped to exonerate both Brewer and Brooks from their respective cases. Police circled back to one of their original suspects a man named Justin Albert Johnson, who eventually confessed to the murders.

Both men were set free after years of being wrongly imprisoned.

Looking back at the initial mishandling of investigations, and wrongful convictions, Wallace says he felt extremely frustrated. But felt that his evidence was one of the key things that exonerated the men.

And, for Wallace, his involvement in these types of cases highlight the importance of his chosen field.

In fact, Wallace says when he gets bored looks from student in his classroom, he tells them the story of the Kennedy Brewer and Levon Brooks cases.

“The Innocence Files” is available to stream on Netflix.

The Lancaster Science Factory has announced an expanded schedule of hands-on STEM classes, for students in kindergarten through eighth grade, …

Why I love memoirs and essays, plus a new one you should read [Unscripted column]

When my Uncle Joe gets me a gift, it’s almost always music-related. Christmas 2005 was no different.

Luck, and $7, got him a classic Studebaker [I Know a Story column]

During the summer of 1961, my family moved from Myerstown to Manheim Township.

In a time where many are feeling especially isolated, Art of Recycle and Blue Ridge Communications have teamed up for the second annual Touch …

Lancaster County foods, and the businesses that make and sell them, will be in the national TV spotlight Sunday when a locally filmed episode …

A police officer was assaulted and slightly injured by a man during a domestic dispute Sunday in Clay Township, police said.