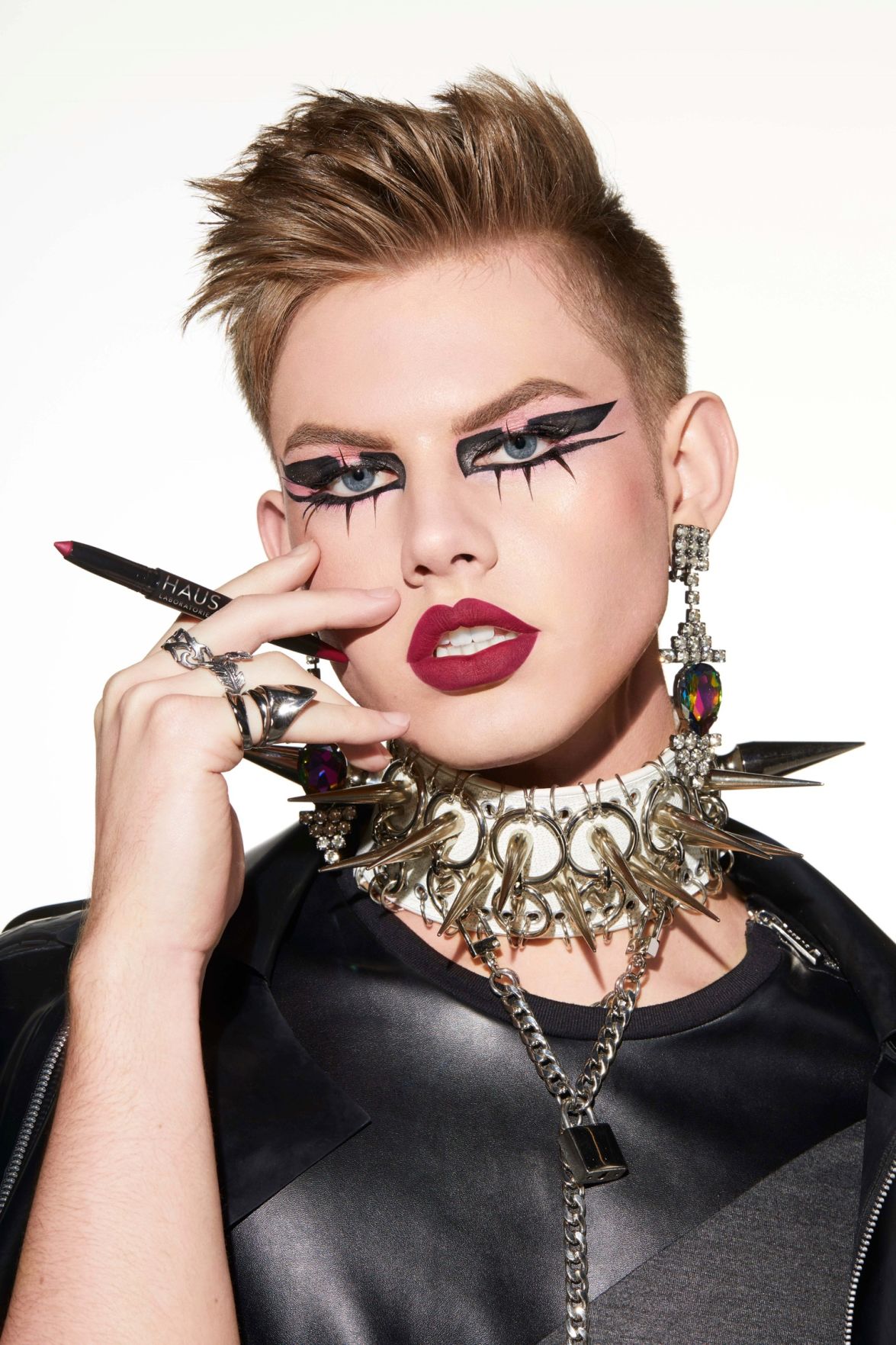 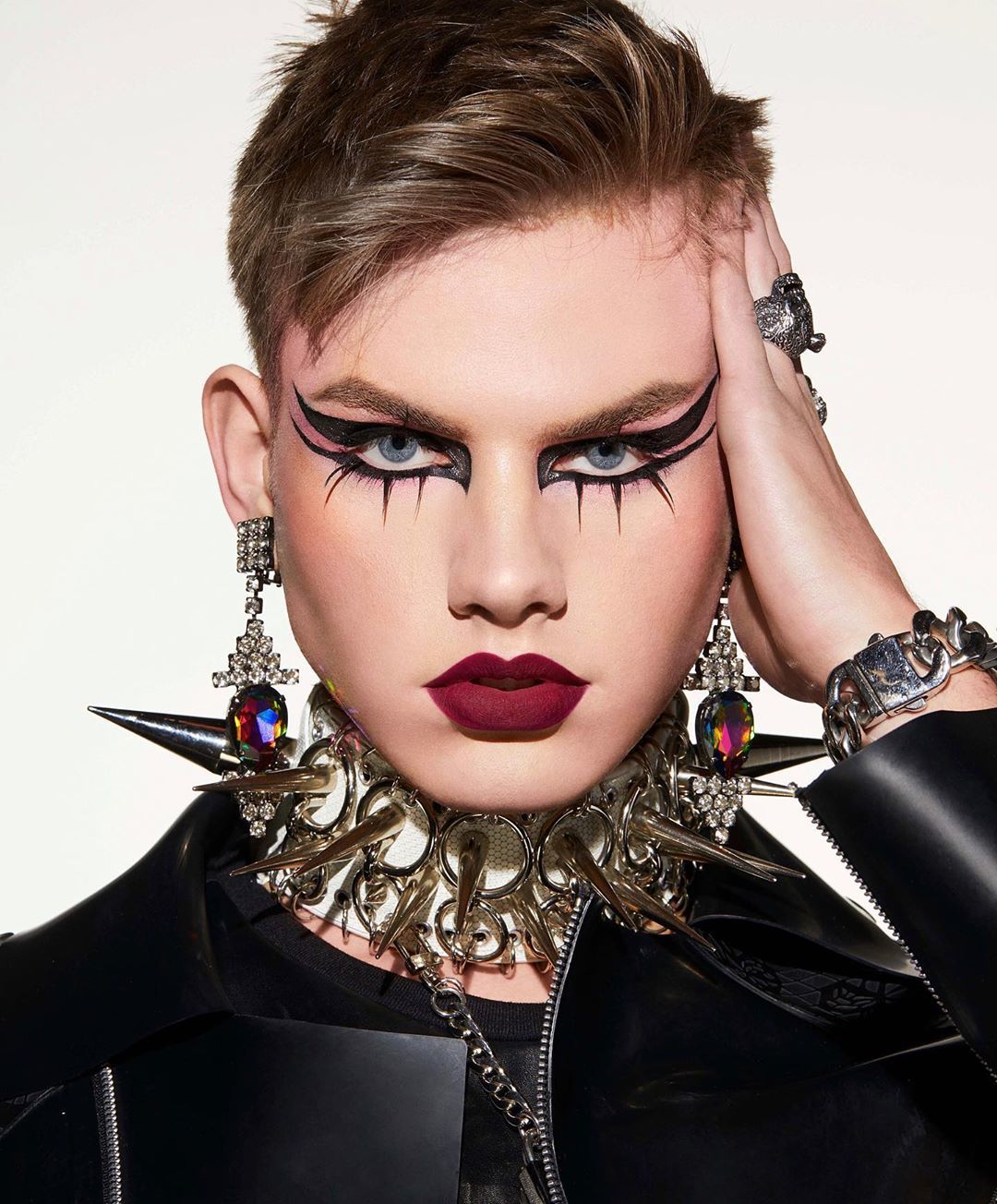 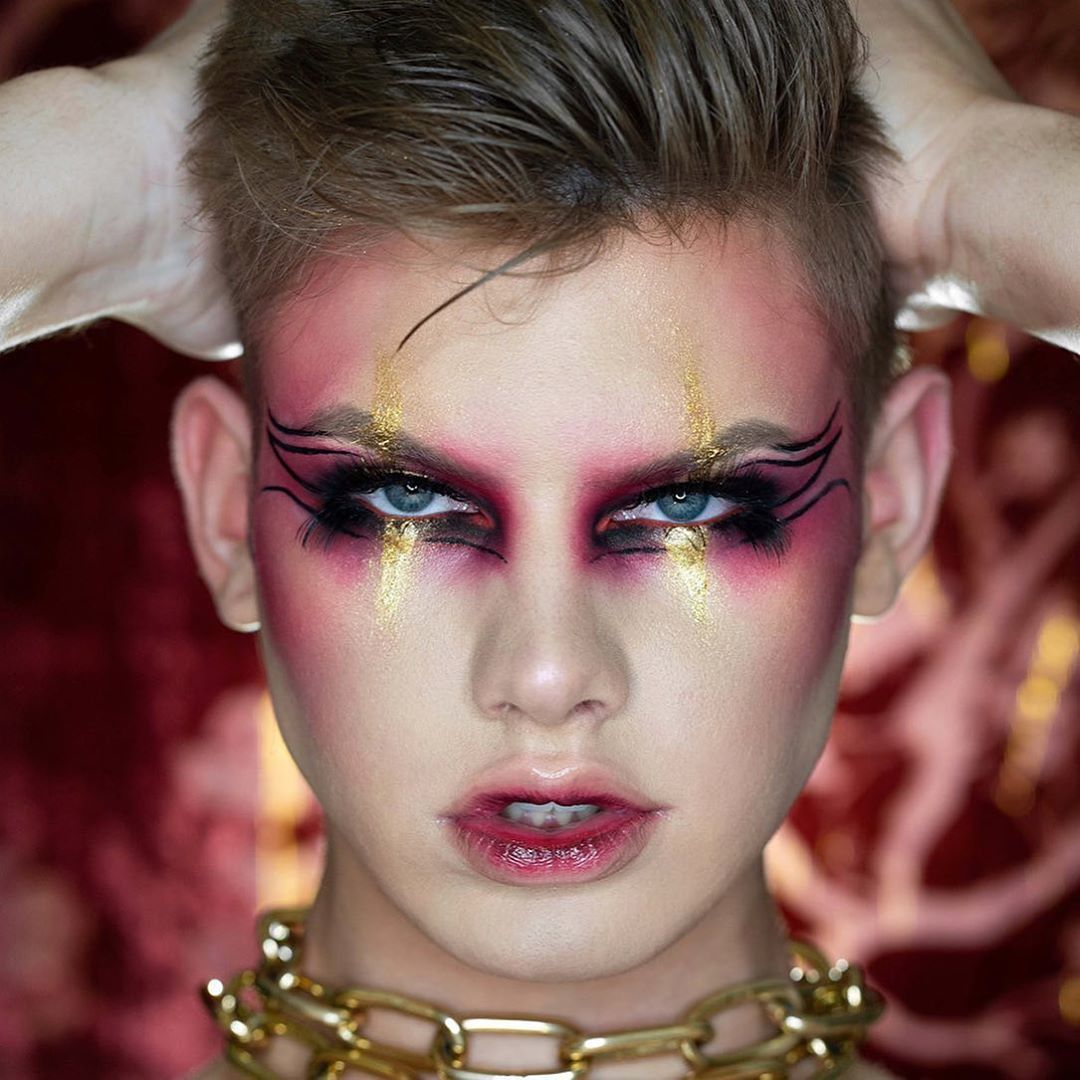 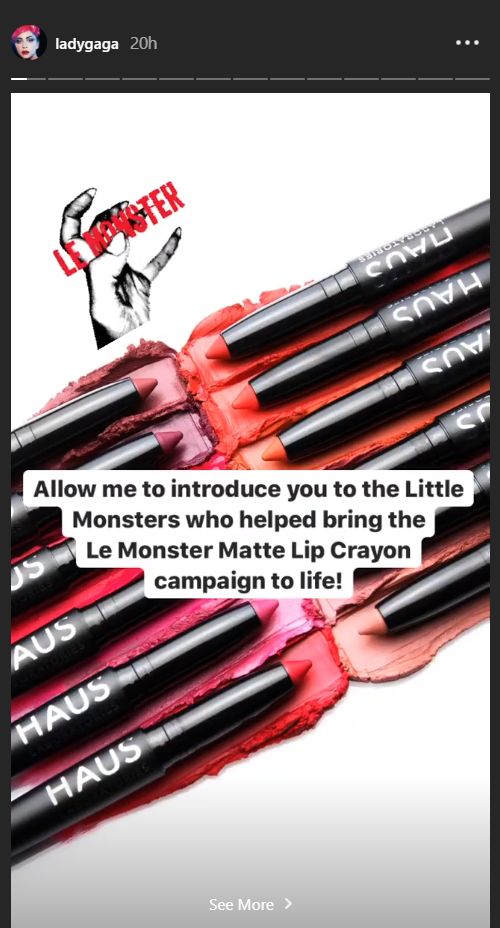 A screenshot from Lady Gaga's Feb. 20 Instagram story introducing the fans including in a campaign for her new makeup line. Trevor Barrett, a Millersville makeup artist and Penn Manor High School student, is among those featured. 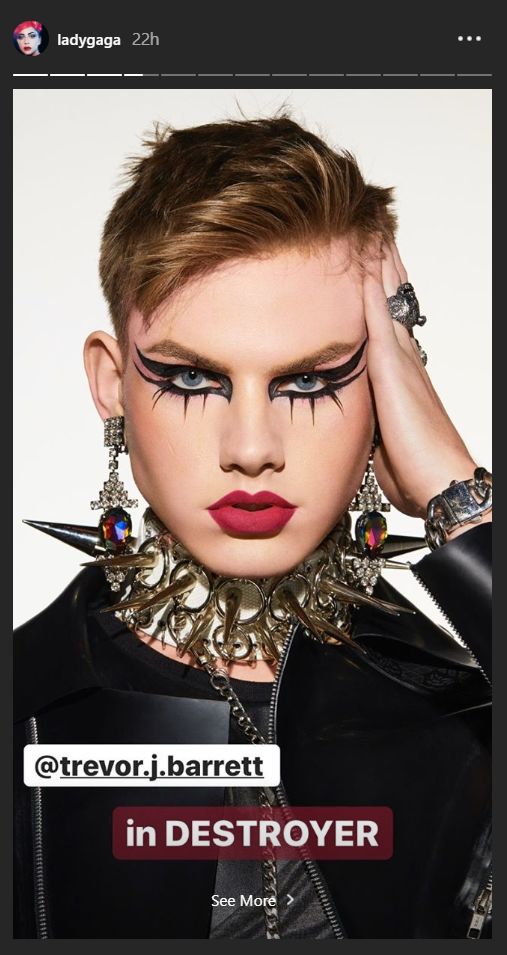 Trevor Barrett, a Millersville makeup artist and Penn Manor student, is among those featured in a campaign for Lady Gaga's makeup brand Haus Laboratories. Gaga posted an image of Barrett to her Instagram stories on Feb. 20.

Trevor Barrett, a senior at Penn Manor High School, is one of 12 individuals who were chosen to show off various shades of the Le Monster Matte Lip Crayon, a product from Lady Gaga's new makeup line. On Thursday, the pop superstar introduced her 39.3 million Instagram followers to the "Little Monsters who helped bring the Le Monster Matte Lip Crayon campaign to life." (Gaga often refers to her fans as "little monsters.")

In total, 12 individuals were each assigned one of the matte lip crayon's 12 shades. Six were fans who were chosen from contest entries; the other six were beauty influencers like Barrett who were identified and selected by the brand.

Gaga posted a photo of Barrett to her Instagram stories Thursday night. He modeled the color "Destroyer," which he describes as a "nice plum red."

Barrett started his journey as a beauty influencer in 2017. He initially gained a following on Instagram, where he now has 579,000 followers.

His original Instagram handle was "@little.monster.makeup," and he considers himself a big Lady Gaga fan. He says being a part of the Haus Laboratories campaign was "a dream come true."

Barrett, 17, says he found out he was selected in mid-January. A mere two weeks later, he was in Los Angeles at the campaign shoot, where he worked directly with Gaga's go-to team.

While Barrett often does his own makeup and shows off the results on social media, the campaign shoot offered a rare opportunity for him to have his makeup done by another professional. Barrett says Andrea did "a wonderful job."

"It's always a very interesting process," Barrett says. "I find it to be quite fascinating to see how other artists work. First, before everything looks complete, I felt a little bit out of my comfort zone. It was much different than my personal style. However, then seeing it with the whole outfit, the lip color and the hair, it really I think pulled everything together nicely."

While Gaga couldn't be present for the shoot, she did show her gratitude for the 12 participants.

"She did of course give each of us a little rose and a handwritten note, which was very sweet," Barrett says.

Barrett also spoke to ELLE magazine about his involvement in the campaign.

"Lady Gaga has been an influential symbol of confidence, self love, and creativity to me for many years," Barrett told ELLE. "She allowed me to feel comfortable enough in my own skin to start makeup in the first place. Now to be a part of this Haus Labs campaign is truly a dream come true. To me being a monster is about being unapologetically yourself and promoting love and kindness above all else."

Haus Laboratories shared a behind-the-scenes video of the shoot on its YouTube. Barrett appears at the 17-second mark.

LNP | LancasterOnline profiled Barrett in 2019. The teen shared how makeup helped him find his own confidence and how he'd like to encourage other men to experiment with makeup. At the time, he had already collaborated with beauty brand Anastasia Beverly Hills.

Barrett's 2020 is already off to an exciting start. In addition to the Haus Laboratories campaign, he signed with Wilhelmina New York in the modeling agency's social division. He's also looking to branch out into more lifestyle and fashion topics and recently started a Tik Tok page, where he already has 200,000 followers. He expects to stay in the Millersville area for the foreseeable future.

"I'm excited for the future and to graduate," Barrett says.

Here's a beginner's guide to getting into podcasts: finding the right one, plus recommendations

Have you tackled home renovations during your time home? Let us know [survey]

We asked readers to share some new hobbies they've picked up since social distancing, here are their responses

‘Butterfly Effect’ at PCA&D focuses on space, the sky and ocean and the environment and has room for meditation and virtual stargazing.