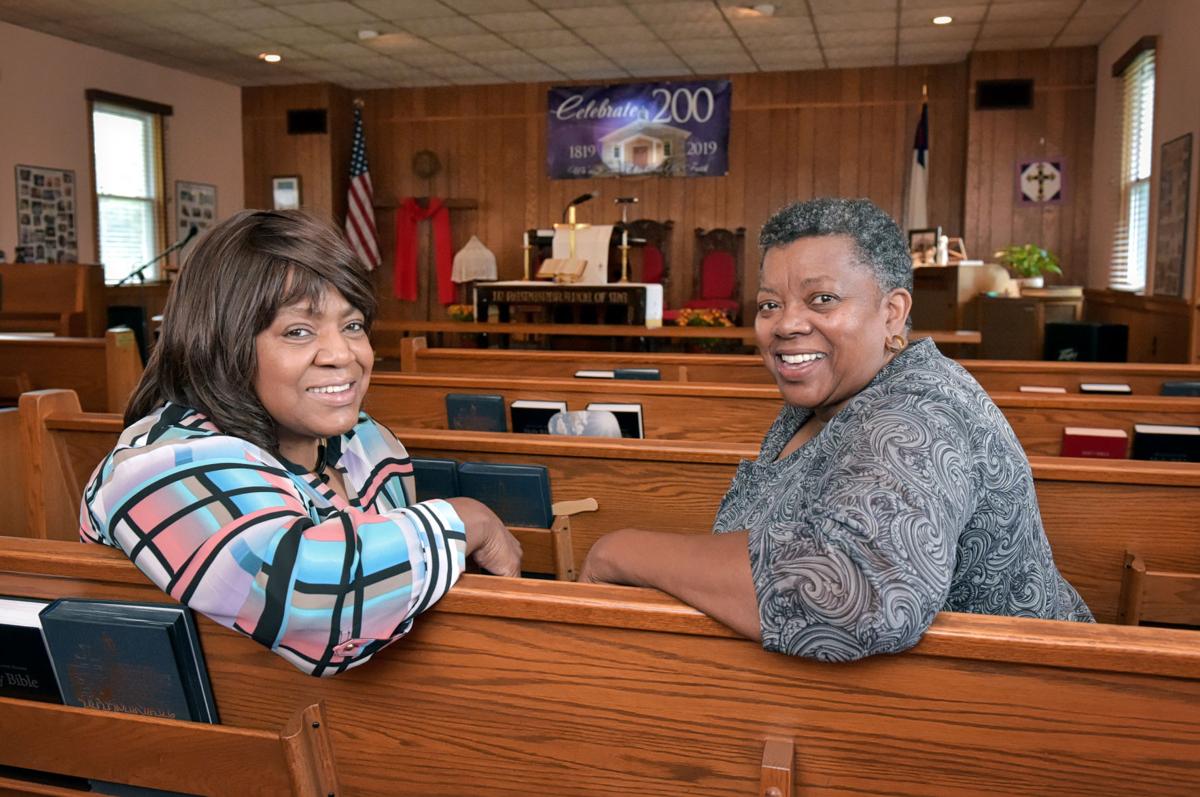 Helen Edmond, left, and Georgieanna Dorm in the sanctuary of Bethel AME in Marietta. It's the 200th anniversary of the first church building for African Americans in Marietta. Tuesday, October 1, 2019 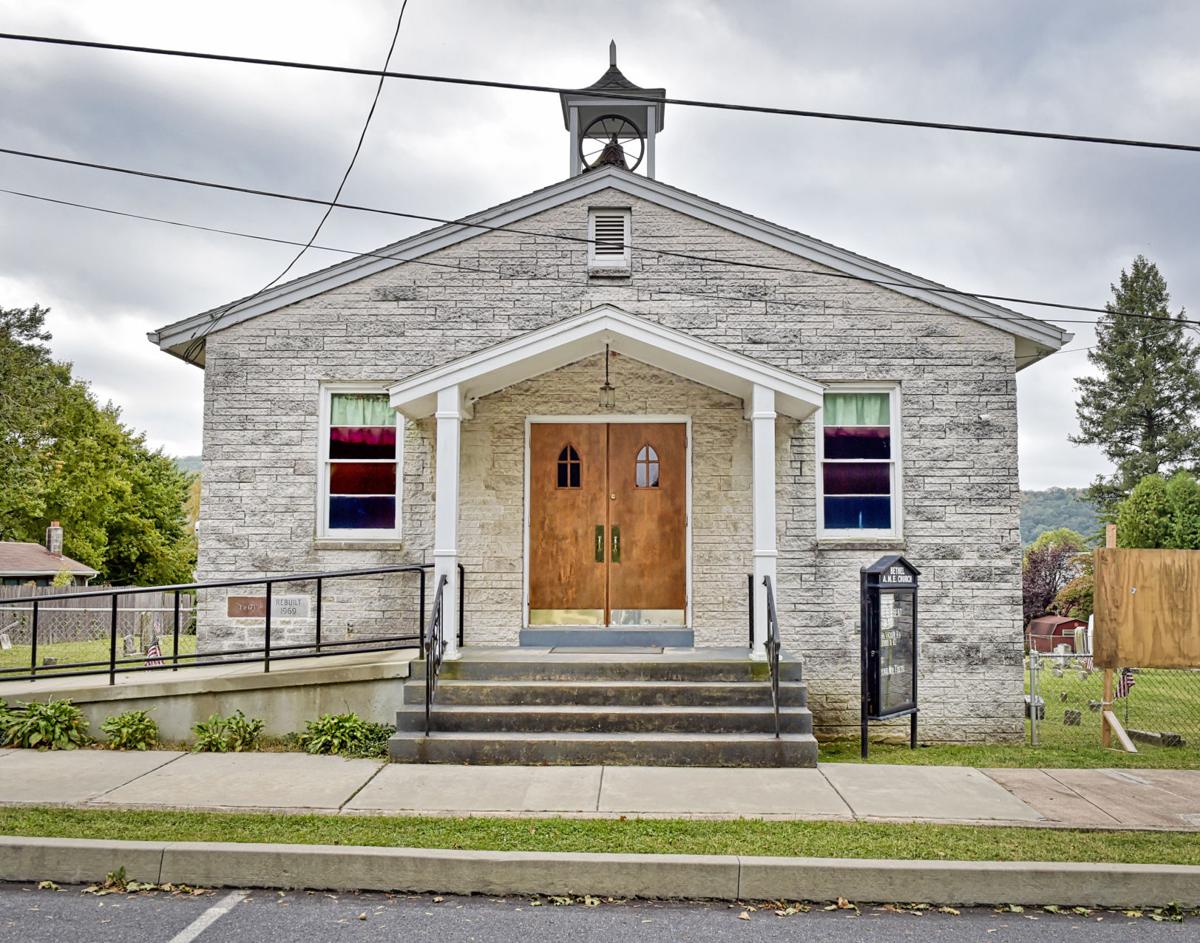 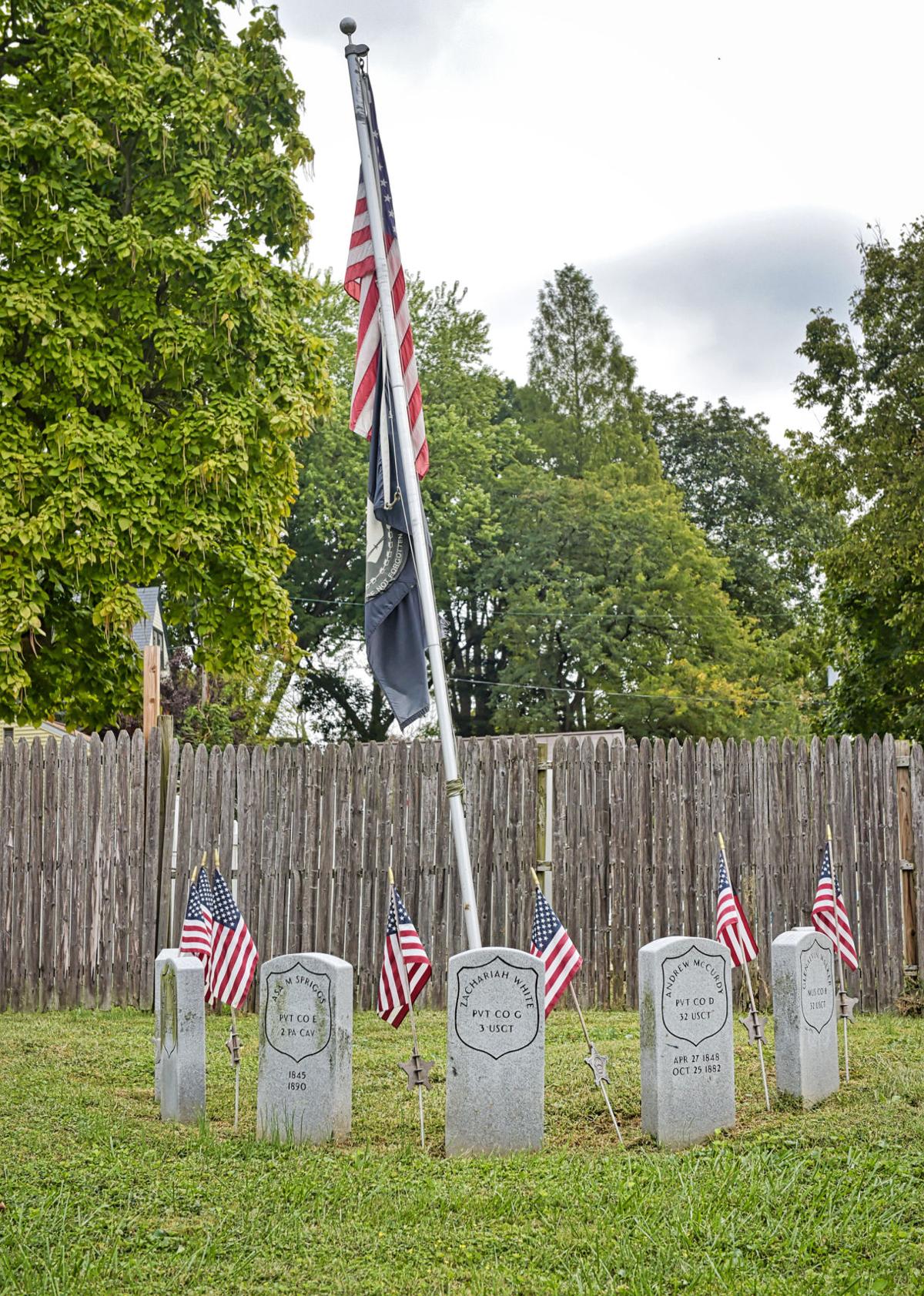 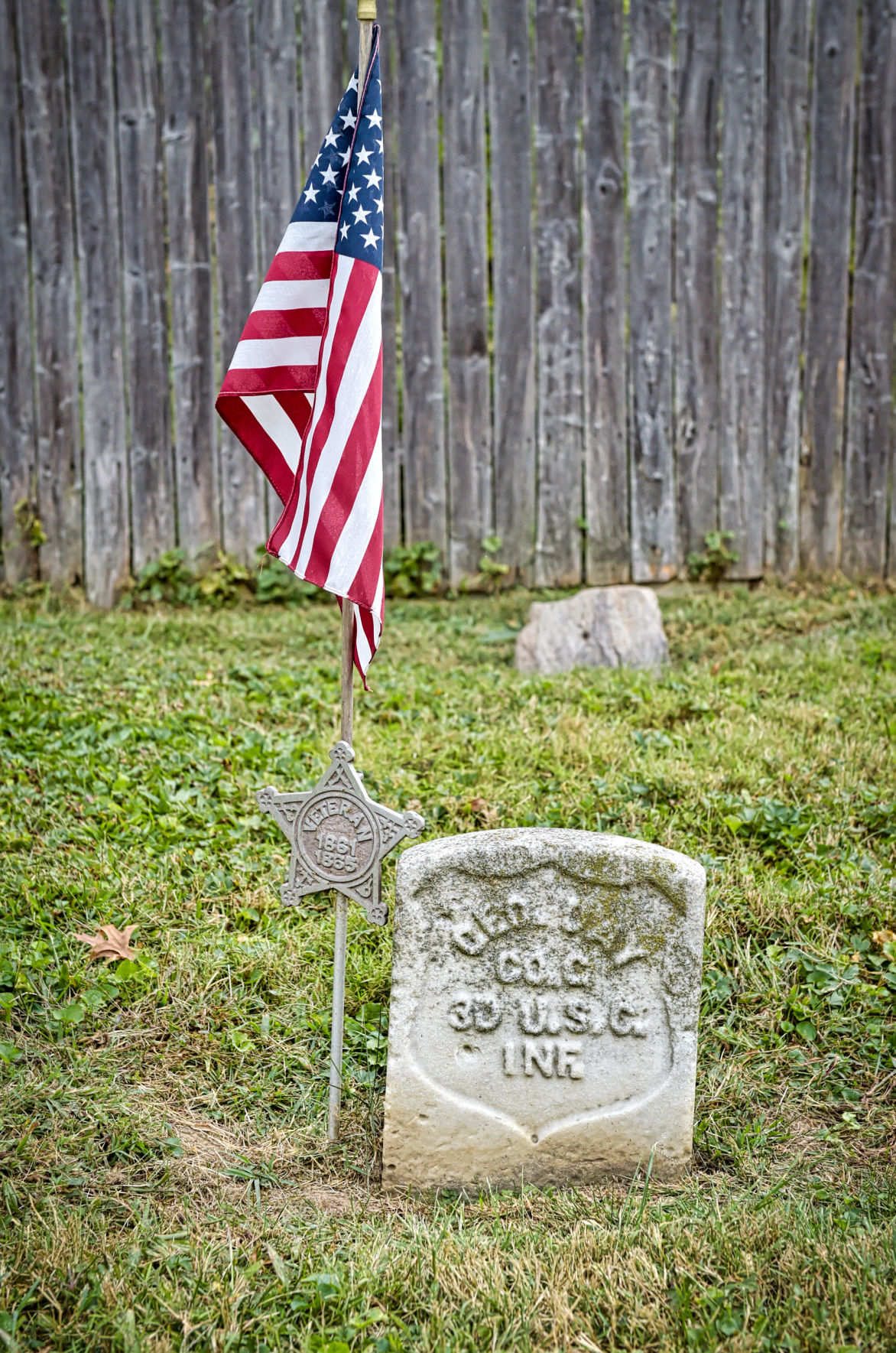 A Civil War veteran's grace in the Bethel AME cemetery. 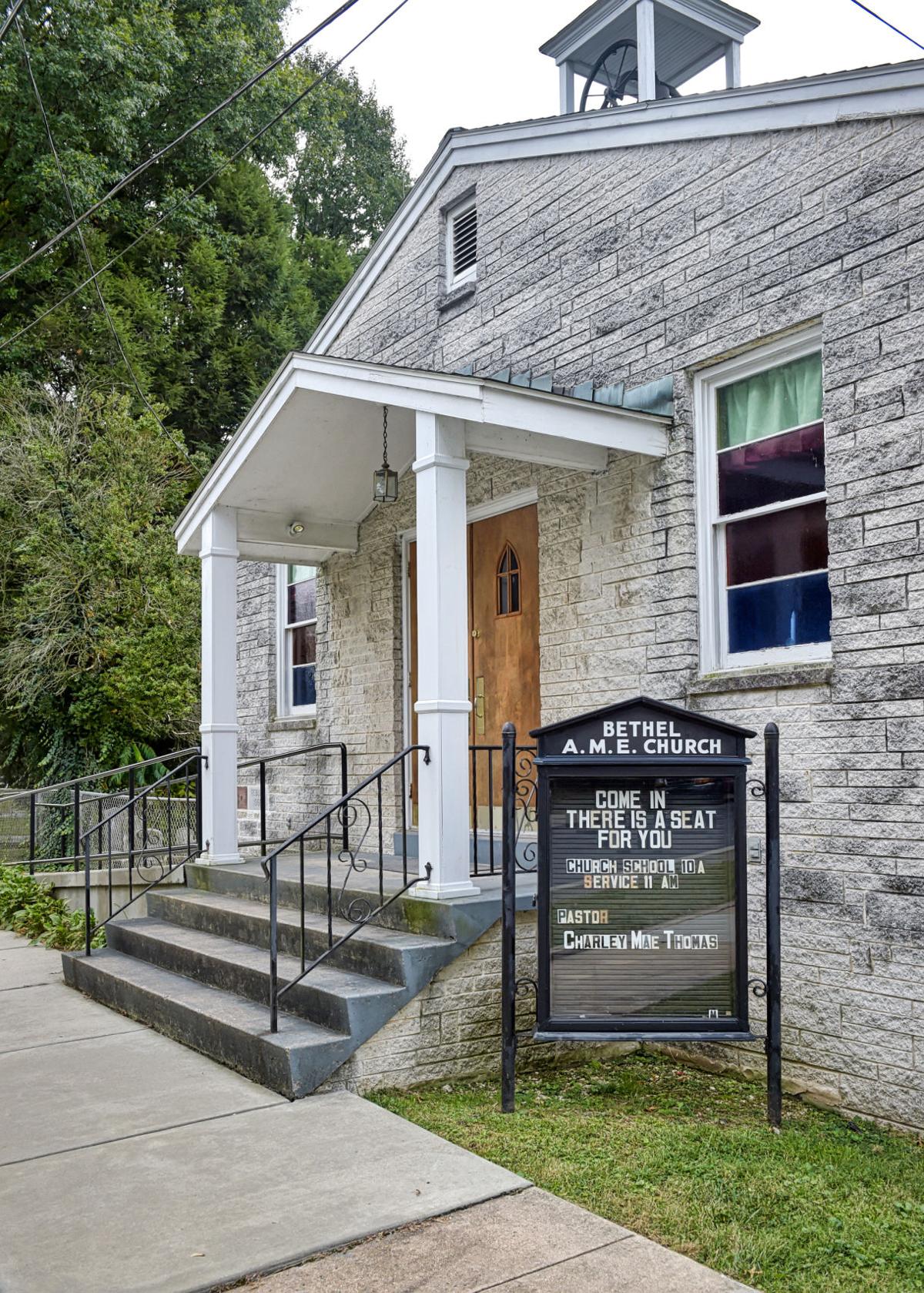 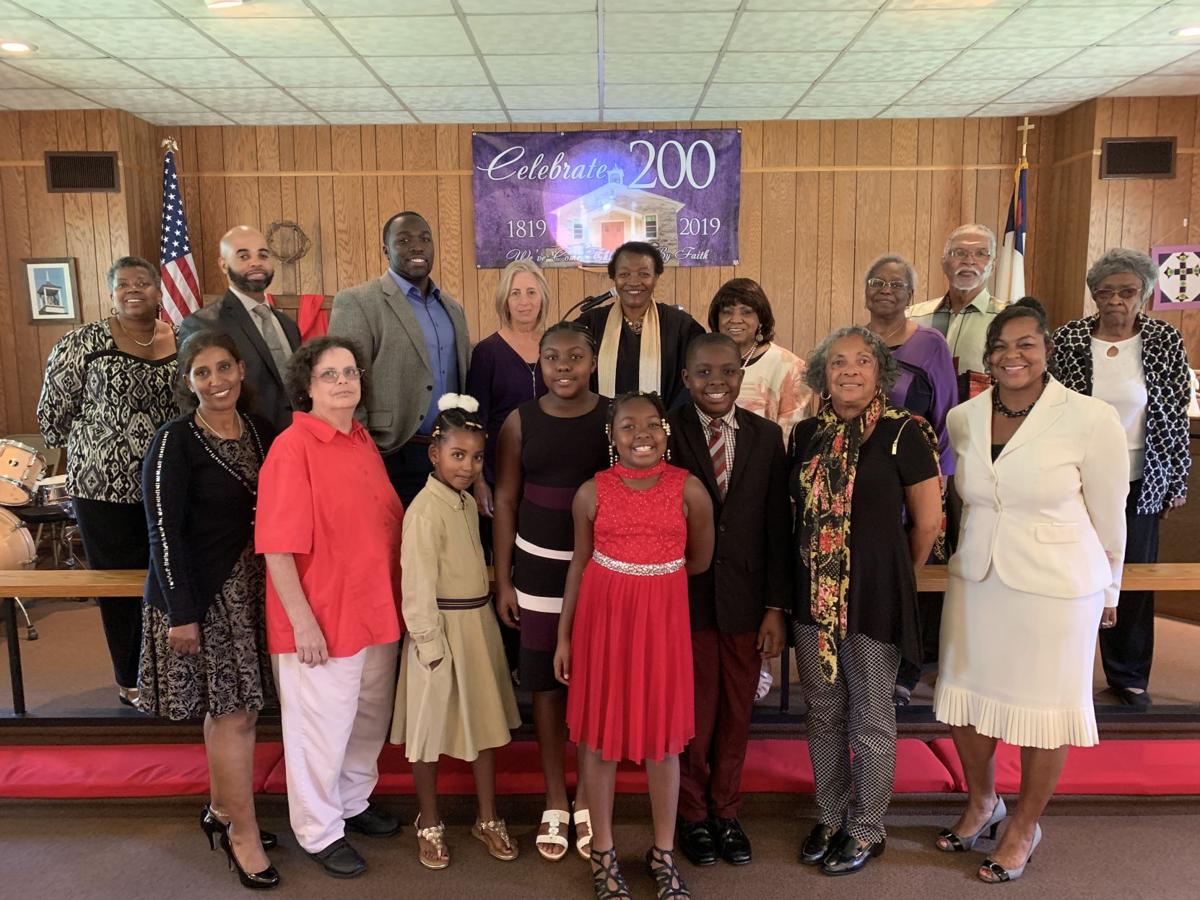 Members of Bethel AME Church in Marietta pose in the front of the church in advance of their 200th anniversary celebration.

Helen Edmond, left, and Georgieanna Dorm in the sanctuary of Bethel AME in Marietta. It's the 200th anniversary of the first church building for African Americans in Marietta. Tuesday, October 1, 2019

A Civil War veteran's grace in the Bethel AME cemetery.

You might say that “X” marks the spot for Bethel African Methodist Episcopal Church in Marietta.

The “X” in this case applies to the way the land for the 200-year-old church was acquired.

On Oct. 19, the tiny church at 128 W. Fairview Ave. will mark its 200th anniversary with a banquet at the Heritage Hotel, 500 Centerville Road. The Rev. Bryan McAllister, pastor at Bethel AME Church in Camden, New Jersey, and a former pastor at the Marietta church, will be the keynote speaker.

Church leaders date the first services to 1819, when African Americans living in or near the riverfront town met in nearby Heisey Woods under brush arbors — poles that could be covered with branches of trees and shrubs to shield worshippers and itinerant pastors from the weather.

In 1822, an indenture was drawn up between landowners Christian and Margaret Hershey and church trustees Charles Hopewell, James Law and Joseph Williams as well as Benjamin Long of West Hempfield Township and Stephen Smith of Columbia for a tract of land in the 100 block of Green Lane (now Fairview Avenue) in the borough. The transaction was recorded Aug. 28, 1825.

In a brief history of the church, the Rev. Charley Mae Thomas, Bethel’s pastor, wrote: “It is with deep humility that we note these Trustees (Hopewell, Law and Williams), who had to mark their signature with an ‘X,’ had the foresight to acquire the land upon which we are still worshipping.”

The land initially housed a stable, carriage house and an orchard. The first church on the site was destroyed by fire in 1861, according to records of the Pioneer Fire Company. A second church was built and remained there until 1969 when it was replaced with the current white brick church.

For years, church services were held on Sunday evenings to accommodate the men and women who worked as servants in the borough’s mansions.

“They didn’t get off work until 8, so services were held at night,” said Georgieanna Dorm, a member of the anniversary committee.

The church held turkey dinners for the community for a number of years. It also is known for its Veterans Day ceremonies.

The church is surrounded by a cemetery that counts 36 veterans, including 20 who fought in the Civil War.

On Memorial Day 2008, the church honored seven Civil War veterans with new tombstones around the cemetery flagpole. The tombstones were provided by the U.S. Department of Veterans Affairs and placed by Sons of the American Legion.

The seventh veteran is Joseph Maze, who was a soldier in the Confederate Army. He served in the 3rd Cavalry and Infantry, Virginia State Line.

In a 2008 story, LNP staff writer Jack Brubaker wrote that Maze was born a slave in Virginia, joined the Confederate Army and was present at Robert E. Lee’s surrender to Ulysses S. Grant at Appomattox. He eventually moved to Marietta, living on Walnut Street, working as a coachman. He also served as a driver when President Ulysses Grant visited the borough. Maze died in 1933.

The seven tombstones are the result of extensive research done by church member Catherine Tucker.

Bethel AME Church is one of 27 AME churches in the Harrisburg district and is a member of the Philadelphia Conference.

Teaching people how to aid the traumatized

From Harvey Weinstein and #MeToo to a soldier returning from active duty with PTSD, trauma is no longer a secret.