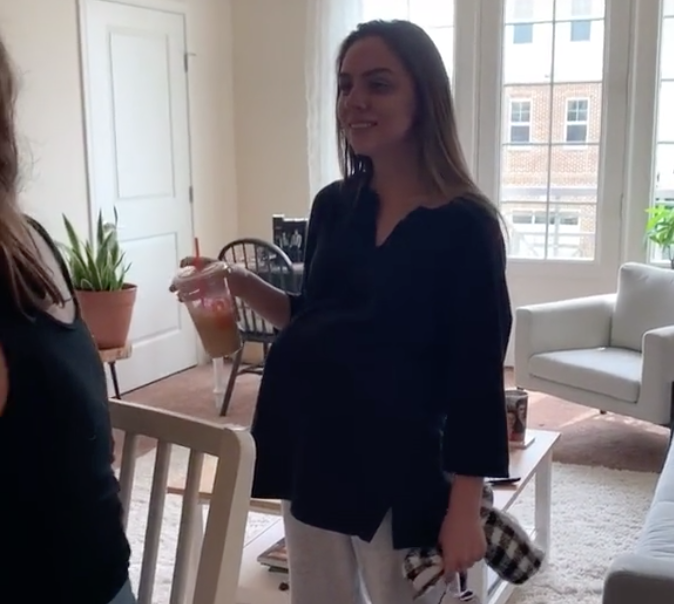 Olivia Brown showed up at her sister's bachelorette party as Bella from the vampire series "Twilight." 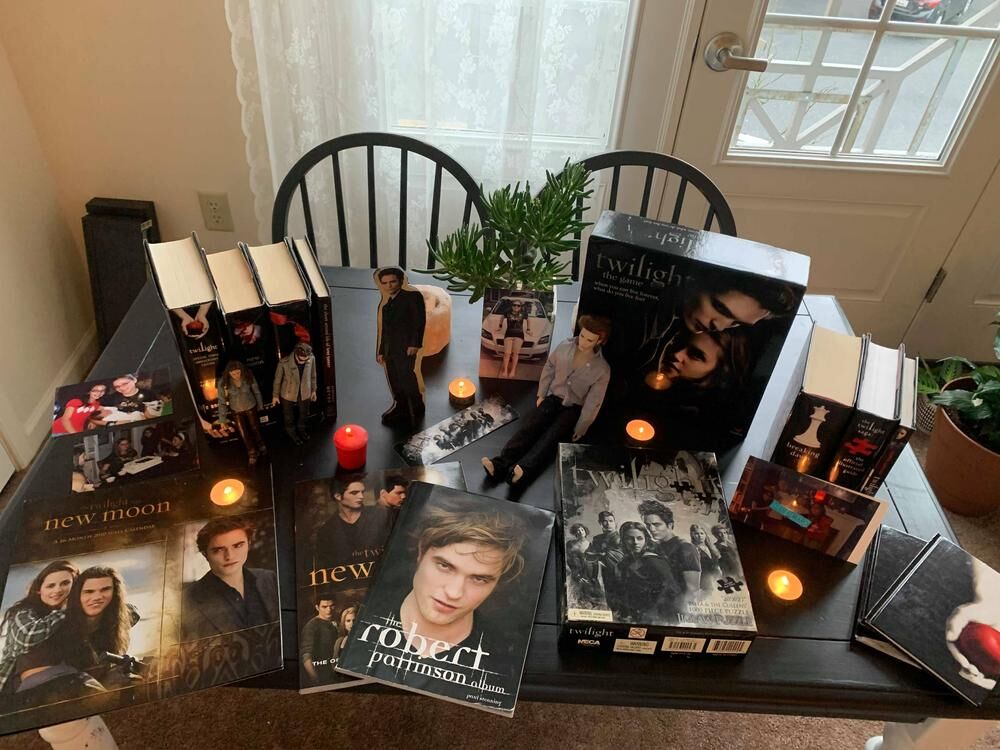 Lily Anderson created a shrine from her beloved "Twilight" merchandise from her childhood.

When Lily Anderson uploaded a few videos of her “Twilight”-themed bachelorette party to social media platform TikTok, she says she thought maybe five of her friends would watch.

But when she woke up the next morning, she saw thousands of notifications on her phone.

The video had gone viral.

Anderson had asked her bridesmaids to dress up as their favorite “Twilight” characters. Her sister and maid of honor, Olivia Brown, showed up as the main character, Bella.

In the fourth movie of the vampire romance series, “Breaking Dawn Pt. 1,” a very pregnant Bella walks into frame about 10 minutes before giving birth. She’s holding a cup of blood (the baby is a vampire) and is dressed in loose-fitting clothing.

It’s a moment known for its unintentional comedy, as the scene was supposed to be gripping and intense.

In the July 18 TikTok video, Brown walks into Anderson's apartment for the party, fake baby bump protruding, Dunkin’ cup in hand. And the girls shriek and erupt into laughter.

“I knew [Lily] would like it,” says Brown, who lives in Manheim Township. “But I didn’t know any of her friends were going to react like that. I was just being me.”

Anderson, who also lives in Manheim Township, says that Brown takes things over the top at times, but she wasn’t expecting anything big. Brown says she had been in Harrisburg just an hour before, so she didn’t have a lot of time to prepare.

“I just love how it was so unexpected,” Brown says of the newfound TikTok fame.

The video now has over 2 million views on TikTok.

And finally, here’s me dressed as Edward Cullen, reacting to my sisters “Bella 10 mins before she gives birth” costume

Anderson says she didn’t consider herself much of a partier, so she was stuck on an idea for a bachelorette party.

She says came across photos from when she was 12 and reminisced about her “Twilight”-themed birthday party.

“I was like, maybe I should do this again. And this all happened to be around the time when I got engaged,” Anderson says. She and her bridesmaids decided it would be the perfect theme.

“I went to my parents’ house and I found almost all my (Twilight) merchandise from when I was a kid," Anderson says.

She used her merch to build a “Twilight”-themed shrine; Anderson says she got the idea from TikTok.

“I thought that was perfect; I thought, ‘That’s so my sister,’” says Brown, who has performed in productions at Ephrata Performing Arts Center.

Anderson and her bridesmaids held a socially distant movie marathon, where they streamed the extended editions of all five movies in the “Twilight” series.

Only Anderson and one other bridesmaid made it to the end. She says it took about 12 hours.

Anderson says it was encouraging to have her party supported and so well-loved, as she says she used to be known as “the ‘Twilight’ girl in a negative way.”

She jokingly says, “To any kids: if you really like something, don't be embarrassed by it because maybe someday it'll be your bachelorette party theme.”

Anderson and her now-husband, Dallas, intended to have a big, traditional wedding in 2020. When the COVID-19 pandemic changed their plans, the couple married in May. The bachelorette party took place in July, after the wedding.

Editor's note: This story had the incorrect date for Anderson's wedding. Lily and Dallas got married in May.

TikTok is a video sharing app where users can upload and create collaborative videos. When someone creates a video, they can use hashtags to help other users find it.

TikTok is trend-focused, with dancing and singing videos being among some of the most popular on the app. Teens and young adults, ages 13 to 24, are the app’s top demographic, according to Hootsuite, a social media content management website.

The Twilight hashtag (#twilight) has over 1.3 billion total views, according to TikTok. It’s a popular topic. The more popular a topic, the more views it will have. Something goes viral if has an extensive following.

For instance, the hit “Old Town Road” by Lil Nas X grew popular from TikTok; its popularity led it to be the fastest song to reach “diamond certification,” which means that the song sold over 10 million units. It also spent 19 weeks in the #1 spot of the Billboard Top 100 chart, beating out “Despacito” by Luis Fonsi, Daddy Yankee and Justin Bieber.

TikTok also figures out what types of videos users watch and suggests other videos to them. There are two separate “feeds,” or ways of viewing videos: one for people a user follows and one “For You” that TikTok algorithms think the user will like.

Counselors discuss ways to manage COVID-19 anxiety and anger, and how we move forward

Need some fitness inspiration? Here are 5 livestreams from barre to punch class [watch]