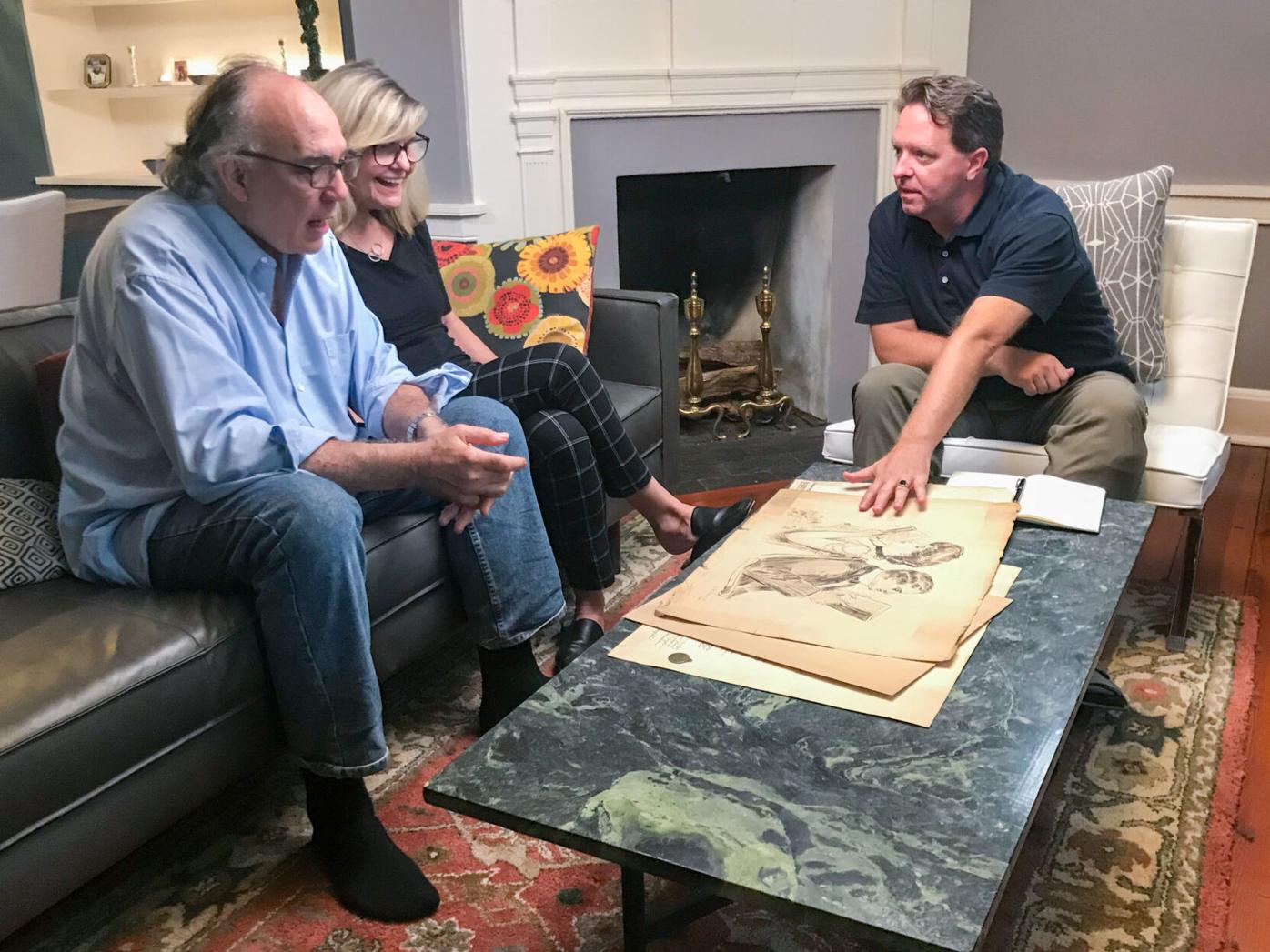 The second season of Legacy List came to Manheim to dig into the family history of Chris Gerding (left). 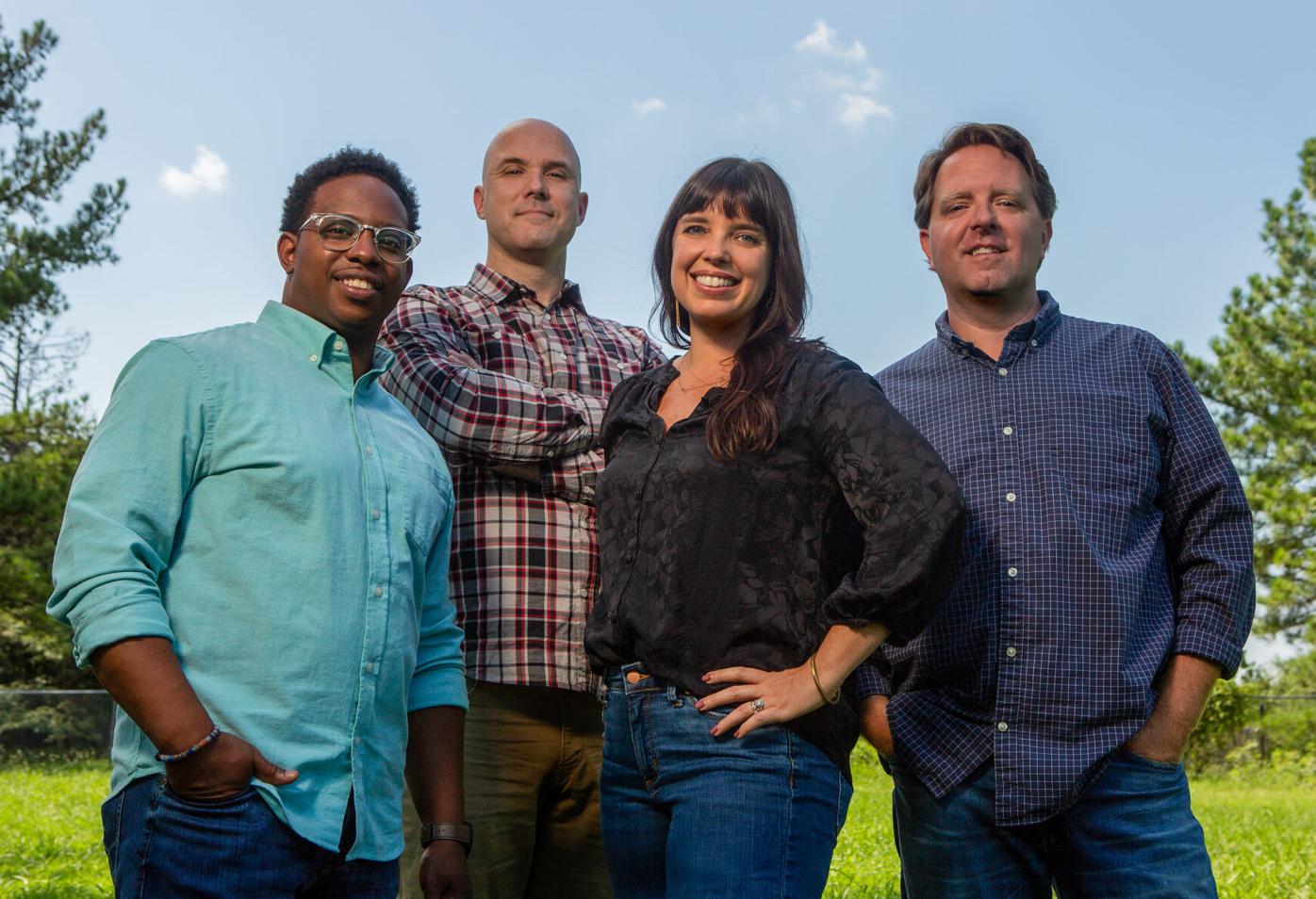 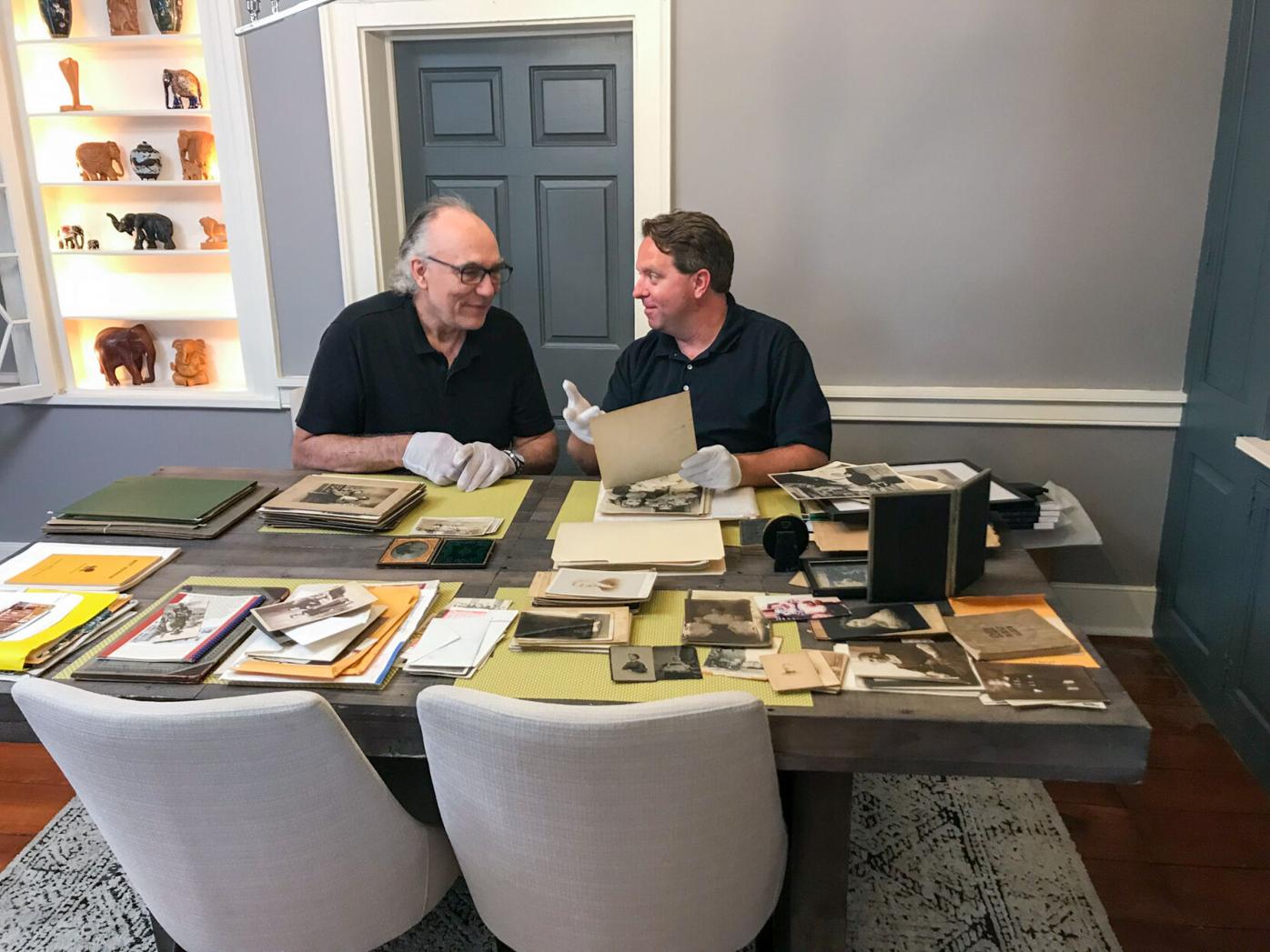 Say you wake up and your house is on fire.

What do you grab as you head out to safety?

That’s the idea of  a PBS show that helps people find those important things in packed attics and garages. The second season of the show came to Manheim to dig into the family history of Chris and Jean Gerding. The episode airs on WITF on Tuesday, Jan. 26.

The Gerdings’ legacy list of things to find included a family chalice, a textbook from the 1800s, an early touch-screen smartphone, nursing school memorabilia from the 1910s and autographed photos of 1930s jazz musicians. Each of these has a family connection. If you’re interested in watching the show, don’t worry: There are no spoilers ahead.

The host of “Legacy List,” Matt Paxton, became very familiar with downsizing 20 years ago when his father, stepfather and both grandfathers died months apart. He settled their estates and turned what he learned into a business helping others declutter and downsize. He also brought those skills to several seasons of the hit show “Hoarders.”

Watching his clients struggle with downsizing brought Paxton to an exercise he turned into this new show: When your house catches on fire, what do you have to take with you? What’s your fire list?

“That’s a horrible name for a show, Fire List,” he says.

The “Legacy List” name came from what the things represents and their stories, which should be shared before it’s too late.

Unlike other shows sharing history and appraisals, Paxton pushed back against adding prices to the items he and his team unearth.

“The minute you talk about the price, it becomes about what’s it financially worth, not who gave it to you and their story,” he says.

Chris Gerding’s family had plenty of stories, yet he still learned more while filming the show. He grew up in Pittsburgh and went to Penn State before moving around the country for his career in the defense and banking industries.

He and Jean moved to Manheim a few years ago to be closer to family. They bought a home built in 1790 and brought two storage units filled with things from five generations of Chris’ side of the family.

“My kids are not interested in this stuff. I’m very interested in it, and I’m going to die some day,” Chris says. “The question is, what do we do with it to give it life and put it in the right hands?”

Jean, who helps families organize and archive photos, saw “Legacy List” and signed up to be on the show.

To apply to be featured on the show, visit MyLegacyList.com.

Paxton’s familiar with Jean’s work and appreciated Chris’s push to find a good home for his stuff.

Lancaster County is also in the show’s filming region, which changed because of the pandemic. The crew originally planned a cross-country trip starting in late April.

They decided to move forward with filming and not take a break because they’re working with seniors.

“Sometimes those stories won’t be here next year,” Paxton says. “We really wanted to get these stories out.”

The crew decided to film in areas where there were more COVID-19 protocols and they felt safer, Paxton says.

“We actually had some really good families to feature out west and down south but it flat out wasn’t safe,” he says.

The crew wore masks. On-camera, the masks came off. Creative camera angles helped bridge the distance between the experts on the show and the Gerdings. During filming, temperatures were taken on the hour and COVID-19 tests were given a few times a week.

The handshake hellos and hugs during emotional moments also stopped. Paxton found himself talking more and using humor as a way to connect, show compassion and support.

The three-day filming in Manheim was Paxton’s first time in Lancaster County. He called Lancaster gorgeous and was impressed by Manheim’s auto auction.

Because of the pandemic, the crew stuck to the set and their hotel with little socializing or sightseeing.

The episode, which the Gerdings have yet to see, covers a lot of history. There’s a 4,000-year-old doll and modern history, like Little Tikes’ Cozy Coupe, which, at one point was the world’s bestselling car.

Chris rediscovered pieces of his past and learned more about his family. For example, the Legacy experts handed over his grandmothers’ nursing records. They also found some of her artwork, including sketches and watercolors he had never seen. It’s a side of his grandmother he never knew.

For Paxton, after “Legacy List” filming ended in the fall, he joined “Hoarders” latest season. He also has a podcast coming out this year and a book in the works.

When can my child return to competitive sports after having COVID-19? [Ask the Pediatrician]

Thirty-five years ago next month, my brother and my dad helped me lug an old blue sofa, a desk, a chest of drawers and a metal bed frame up th…

Didn't get the chance to log in and get your dose of LNP | LancasterOnline this past weekend? Not to worry, we got you covered.

Antique toolbox: Can you identify this vintage tool from Landis Valley Museum?