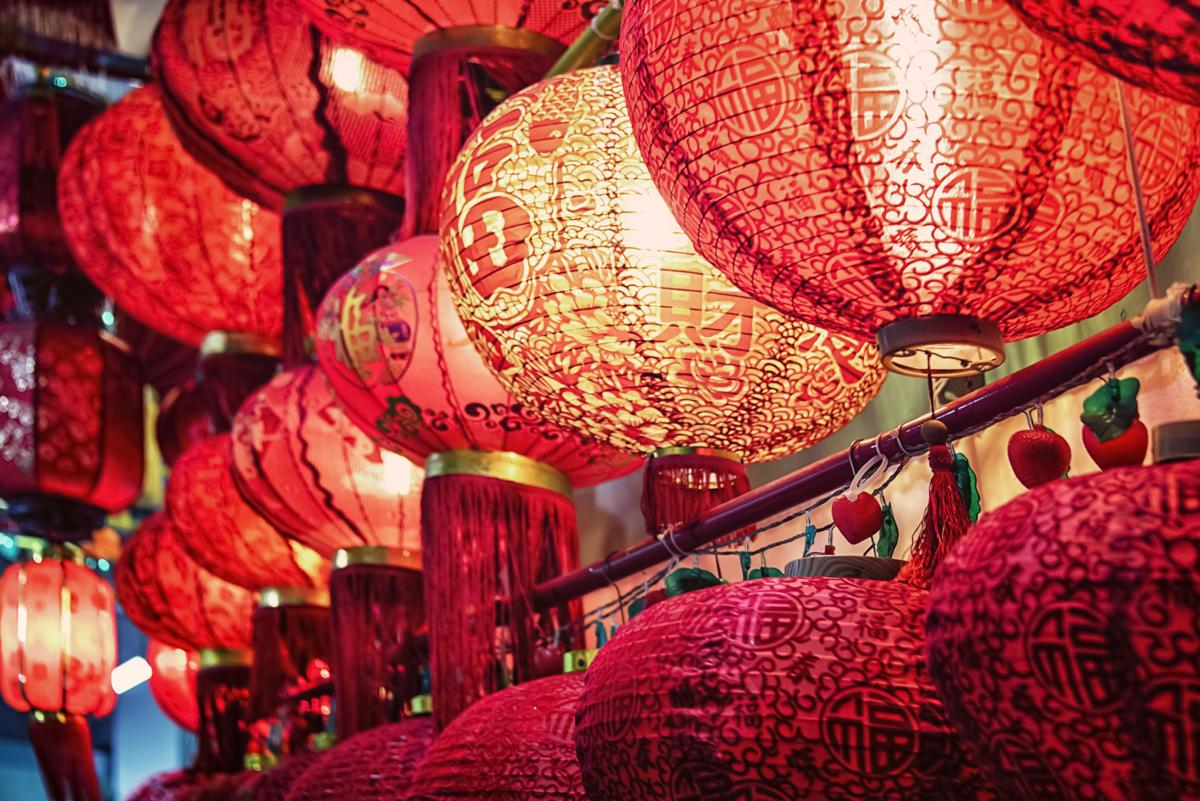 Lunar New Year is a time to give thanks and reflect on the past year. 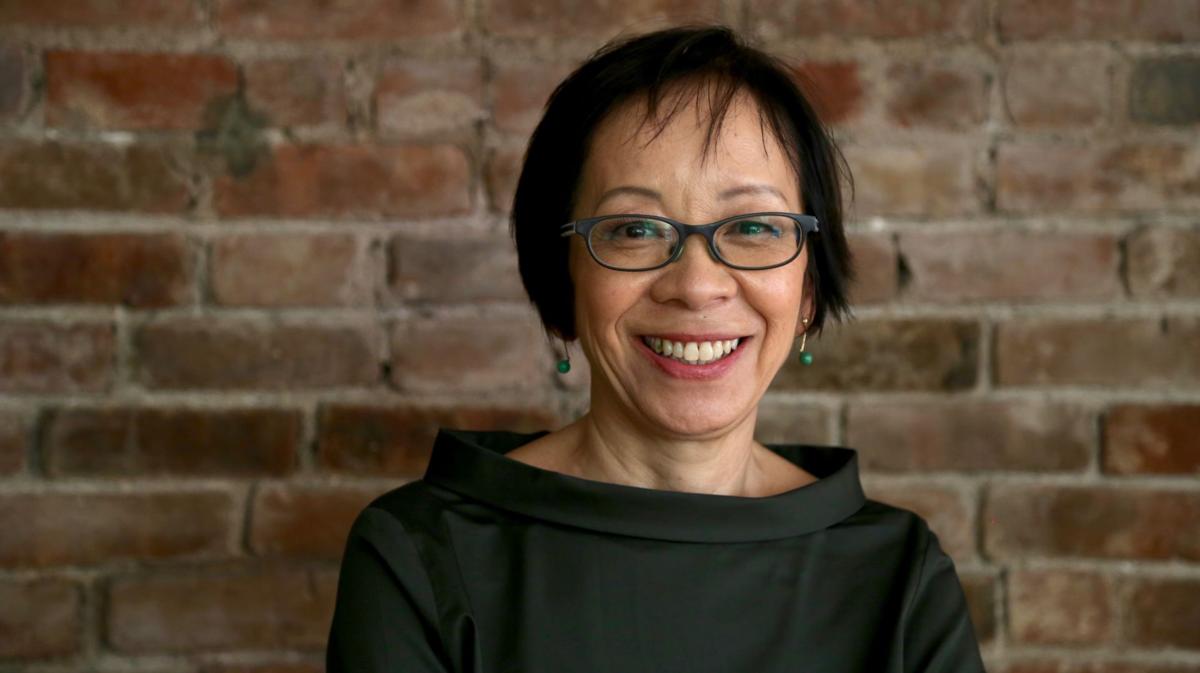 Lunar year 4718 is just around the corner, timed with the new moon on Saturday, Jan. 25. Unlike the solar/Gregorian New Year’s on Jan. 1, Lunar New Year is a multiday celebration that involves a week of preparation leading up to New Year’s Day.

Observed in China, Hong Kong, Taiwan and Vietnam (where it’s known as Tet), Lunar New Year is an auspicious time, but also a time to reflect on the year gone by.

“Chinese New Year is like a cross between Easter and Thanksgiving,” says Grace Young, an award-winning author of three cookbooks, who’s been called the “Poet Laureate of the Wok.” “Because it’s about new beginnings — it is called the ‘spring festival,’ after all — plus it’s a time to give thanks. No matter where you are, you have to come home for Chinese New Year.”

Here in Lancaster, both preparation and celebrations are already underway. Last weekend, the Vietnam Mutual Assistance Association of Central Pennsylvania hosted a party at the Farm & Home Center to ring in the Year of the Rat. About 250 people attended the free and public event, which included traditional dances and other rituals such as gifting red envelopes for luck.

For both Vietnamese and Chinese communities here and abroad, food plays a central role in the festivities for the year to come. At Thanh Quach’s family home in East Lampeter Township, New Year’s Eve is a time for family and friends, when they feast on thit kho trung, also known as Vietnamese braised pork with hard-cooked eggs. The eggs, says Quach, are deliberately left whole in their shell – “everything must be whole, not half” to properly begin the new year.

Also on the table are bahn tet, sticky rice cakes filled with yellow beans and braised pork, wrapped in banana leaves then steamed.

On MLK Day, reflections on being a good neighbor -- and eater [column]

“The family makes the rice cakes together a few days before New Year’s Eve,” says Quach, who came to the U.S. in 2001 when she was 8 years old. “We prep and work together like an assembly line, and it is an important bonding time for the family.”

But, if the New Year’s Eve gathering goes past midnight, the family leaves the dishes unwashed until after New Year’s Day.

“There is no cleaning or washing on New Year’s Day,” Quach says, “because it is believed that you’re washing away fortune for the year.”

“There is a psychology behind it that makes sense,” says Young, the daughter of Chinese immigrants. “You pay up your debts, you cut your hair, you clean the kitchen all before New Year’s Day. It’s a chance to do away with the past and have a symbolic fresh start. Who doesn’t want that?”

Sticky rice cakes also figure into Chinese New Year’s celebrations, as do cooked greens, such as bok choy or even iceberg lettuce, for ushering in prosperity. Noodles are traditional culinary symbols for longevity, and sweets, from tangerines to candy, to encourage a year of joy and happiness.

You’re likely to find sticky rice cakes on offer at the Chinese New Year Celebration on Sunday night at the Chinese Bible Church in Manheim Township. Pastor Daniel Kuo says he is expecting up to 600 people for the free event, which is in its third year. In addition to traditional dances, a choir concert and Chinese martial arts, there will be a potluck supper. The event is free, but you must register online: cbclpa.org.

Where to find glutinous rice flour and other Asian ingredients:

My spin on Grace Young’s stir-fried lettuce that appears in her book, “Stir-Frying to the Sky’s Edge.” The Cantonese word for lettuce, she writes, saang choi, is a homonym for “growing money.” This is why it’s a perfect dish to eat for New Year’s celebrations. Note: Lettuce must be as dry as possible or else it will yield a stewlike, soggy result. You’re looking for a light sear.

Heat a 14-inch wok (preferably carbon steel, not nonstick) over high heat until, as Grace says, “a bead of water vaporizes within 1 to 2 seconds of contact.”

Swirl in the oil so that it’s equally distributed and add the garlic and ginger. With a Chinese metal spatula or metal pancake spatula, stir-fry — quickly and continuously scoop and toss — until fragrant, about 20 seconds.

Add the lettuce, sprinkle the sugar on top and stir-fry until it is wilted and bright green, 2 to 3 minutes. Add the tomatoes and soy sauce and continue to stir-fry, tossing vigorously until the tomatoes are warm and slightly softened, about 30 seconds.

State of the sweet: How Pennsylvania farmers are handling changes to maple syrup, honey

Excerpted from “The Wisdom of the Chinese Kitchen” by Grace Young.

In a small bowl, soak the red dates in 1/4 cup cold water for 30 minutes, or until softened. When softened, remove and discard the pits.

Cut each brown candy slab into 8 pieces. Place sugar in a heatproof bowl, pour 2 cups boiling water over the sugar, and set aside until dissolved and completely cooked.

Grease a heatproof 8-inch round, 3- to 4-inch deep, straight-sided bowl, such as a soufflé dish, with 2 teaspoons vegetable oil.

In a large bowl, place rice flour. Make a well and stir in cold sugar water. Knead dough in the bowl, adding an additional 1/3 cup cold water until dough is smooth, slightly moist and shiny, 5 to 10 minutes.

Place the dough in the prepared dish and pat until it fills the dish evenly.

Cut the red dates into halves and place cut-side down in a ring around the outside of the dough, leaving a few to decorate the center.

Sprinkle the top with sesame seeds. Coat with the remaining 1 teaspoon oil, using your fingers and lightly pressing down on the dates and sesame seeds.

Bring water to a boil over high heat in a covered steamer large enough to fit the dish without touching the sides of the steamer. Carefully place the dish into the steamer, cover, and steam 35 to 40 minutes on high heat. Check the water level and replenish, if necessary, with boiling water. The cake is done when it begins to pull away from the sides of the pan.

Carefully remove the dish from the steamer and pour off any excess liquid on the surface. Place on a rack to cool. Loosely cover and set at room temperature in a cool room until the next day, when it will be ready to eat.

Run a knife along the edge of the cake to loosen the sides. Place a cake rack over the bowl and invert to unmold. Flip the cake right-side up onto a cutting board. Wrap the cake in plastic and refrigerate until ready to use.

When ready to eat, cut the cake into quarters. Cut each quarter crosswise, not into wedges, but into two 2-inch-wide strips. Cut each strip crosswise into scant ¼-inch-thick slices. This is the typical way of slicing a cake Chinese style. Beat an egg in a small bowl, until frothy. Dip the slices in egg.

Heat a 14-inch flat-bottomed wok or skillet, over medium heat until hot but not smoking. Add just enough vegetable oil to barely coat the wok, add the egg-dipped slices in batches and cook 2 to 3 minutes per side, until golden brown. Serve immediately.

The cake will keep nicely in the refrigerator for 10 days if wrapped in plastic wrap.

The next time you’re in Lancaster Central Market, think of Capt. Charles Asgill.

Super snacks for the Super Bowl: recipes that feed a crowd on game day