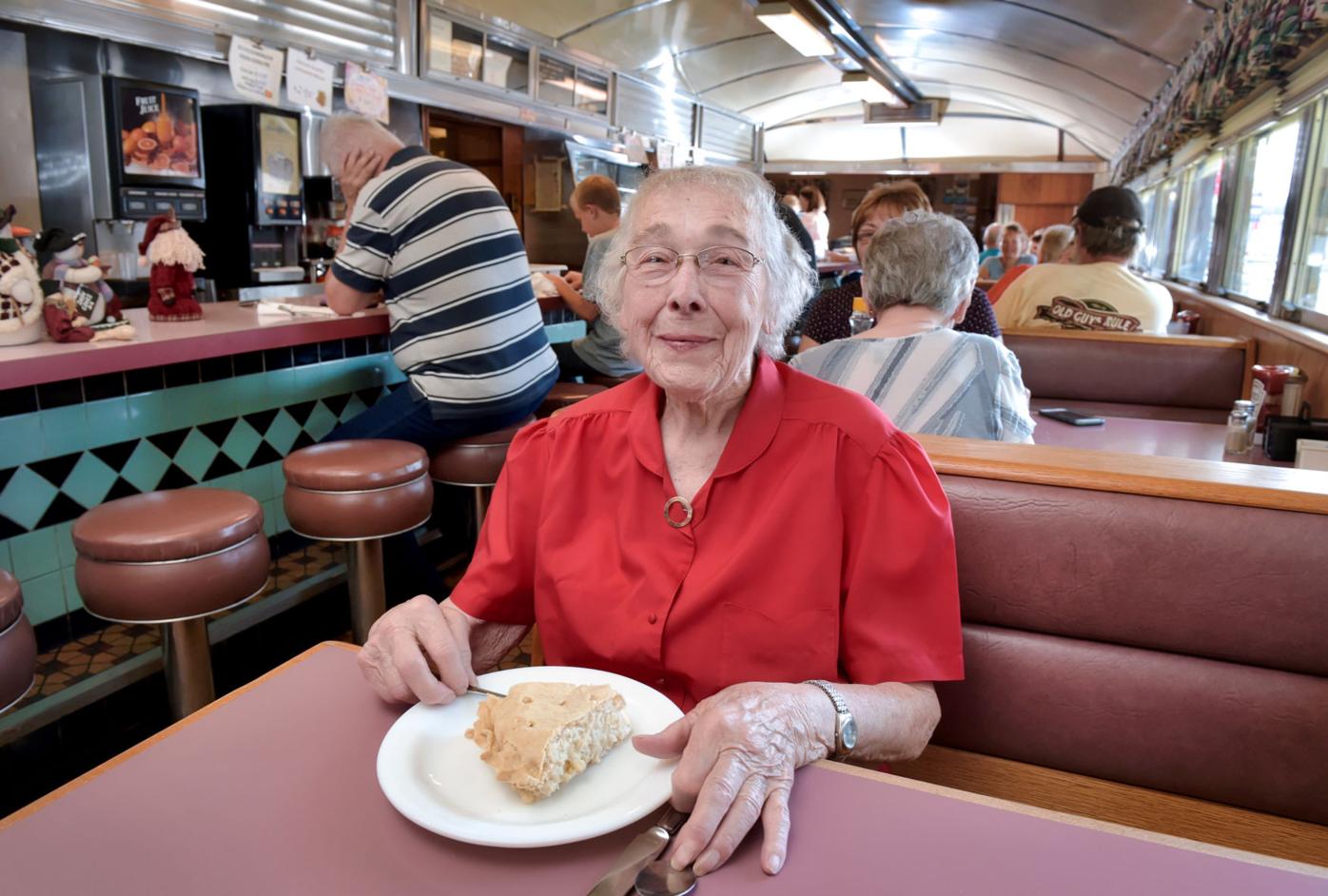 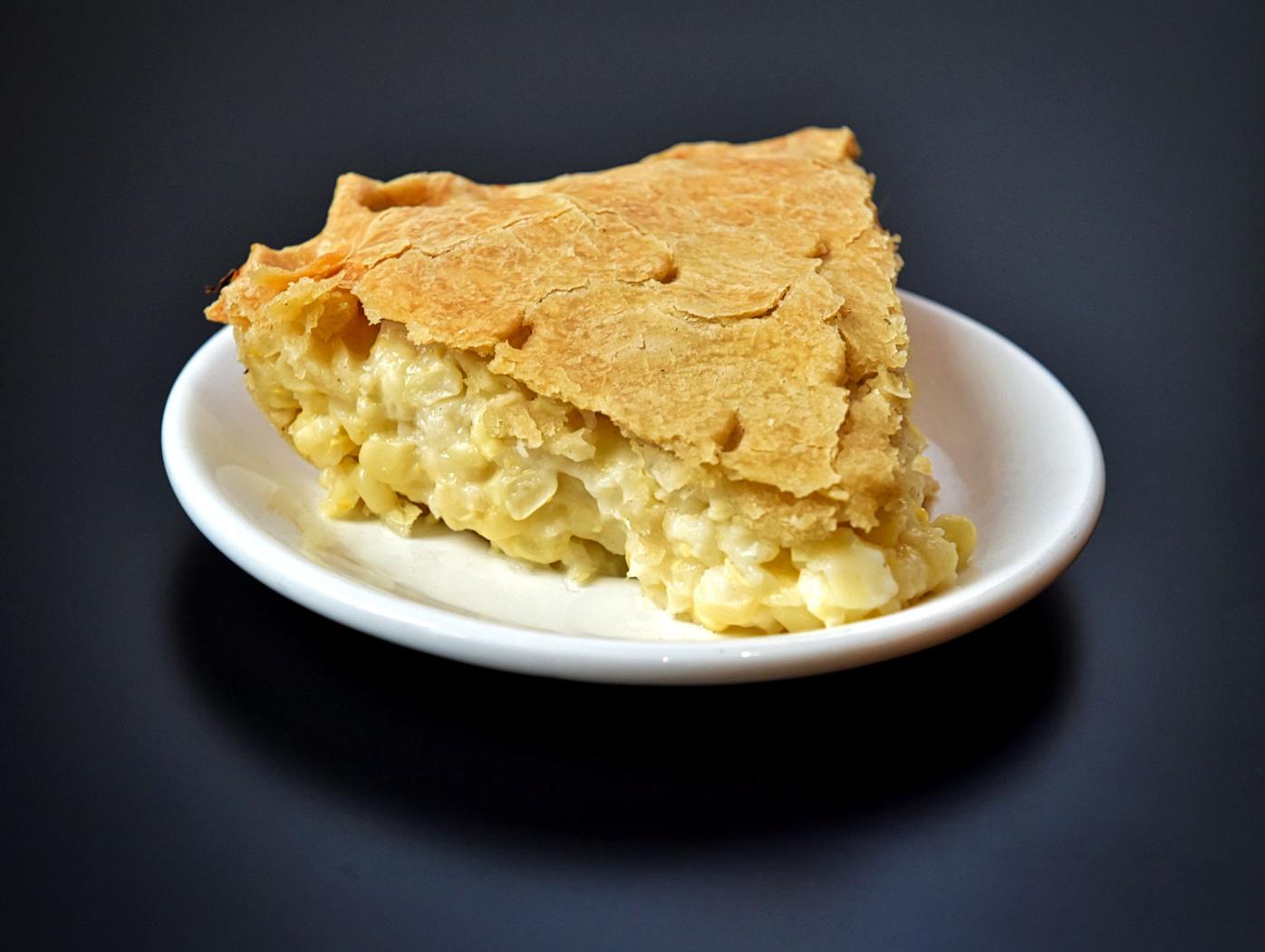 A slice of corn pie on a plate. Cloister Restaurant's corn pie - the restaurant is closing soon. Thursday, August 15, 2019

The Cloister Restaurant is the kind of place where you can polish off a big breakfast along with a couple cups of coffee, leave a generous tip and still get some change back from your 10 dollar bill.

The spot — closing at the end of August — has a cozy, family-run diner vibe where you can often hear regulars gossiping about local business deals and debating the best trout streams.

The restaurant owner, Elva Stauffer, 93, who has owned the restaurant — set to close at the end of August — for 47 years, stayed open through this month for one just more corn pie season.

“Quite a few people say that they don’t know what to do now that they can’t come here to eat,” Elva Stauffer says. “I’ll miss it, too.”

The restaurant sells more than 500 corn pies a year and Stauffer has baked thousands and thousands of corn pies in her lifetime.

Cloister Restaurant for sale in Ephrata; closing slated for the end of August

Still, Stauffer is suprised that many people haven’t heard of, or sampled, a slice of the savory-but-sweet pie that highlights a great summer flavor.

And Stauffer is especially surprised when people in her Mennonite community aren’t familiar with the dish.

Stauffer’s family has been living in Lancaster County for generations, and the recipe Stauffer uses goes back at least to the 1800s.

She has been baking for decades. As a teenager, she set up shop in the corner of her father’s barn in New Holland and while he sold horses and cattle, she sold pies and soups.

These days, most of her baking is done at the Cloister Restaurant, where she has been in the kitchen almost every day since she and her late husband purchased it in 1973.

The family operates a farm located just a few miles from the restaurant. There they grow the sweet corn used for the pie.

Once a week, Stauffer’s son Ronald Stauffer, who manages the restaurant, makes a run to his brother’s farm and picks up enough fresh white and bi-colored sweet corn to fill a week’s worth of pie crusts.

Because the corn is the main attraction in this recipe, using good, fresh, local corn is essential.

Other corn pie recipes call for the addition of potatoes or chicken, but Stauffer lets the corn shine. Her recipe is simple, but the flavors are anything but.

Even though Stauffer generously shares her family recipe, people often tell her that what they made isn’t quite the same as what’s coming out of Stauffer’s kitchen.

The recipe is simple: basically corn, salt, pepper and pie crust. On a stove top, over medium heat, put corn, salt, pepper in a pot and add some milk and corn starch to thicken. Cool the mixture and put it in a pie crust. (Cooling the mixture before baking is very important to keep the corn mixture from leaking out when you slice it and serve it, as Stauffer pointed out quite a few times.)

“Quite a few people say that they don’t know what to do now that they can’t come here to eat,” Elva Stauffer says. “I’ll miss it, too.”

Milk and corn starch until it thickens

In a large pot, mix corn, salt and pepper.

Take off and let cool in the refrigerator.

Bake for one hour.

Here's a recipe for a butter flaky pie crust from Allrecipes.com.

Amish volunteers give back to Hospice at Labor Day auction, serve up smorgasbord of food

If you attend the annual Hospice & Community Care Labor Day Auction on Monday, you’ll notice a huge variety of items up for bid, from spor…

B&B innkeepers, including one in Brickerville area, focus on desserts for latest book [recipe]

Those who run bed-and-breakfasts will often serve a dessert in the afternoon when new guests are checking in.

Apple picking 2019: Pick your own at these 5 orchards in the Lancaster County region

The Cloister Restaurant has been sold and will reopen in the spring.

For friends and family of Elva Stauffer, she will always be remembered for more than just her famous baked corn pie.