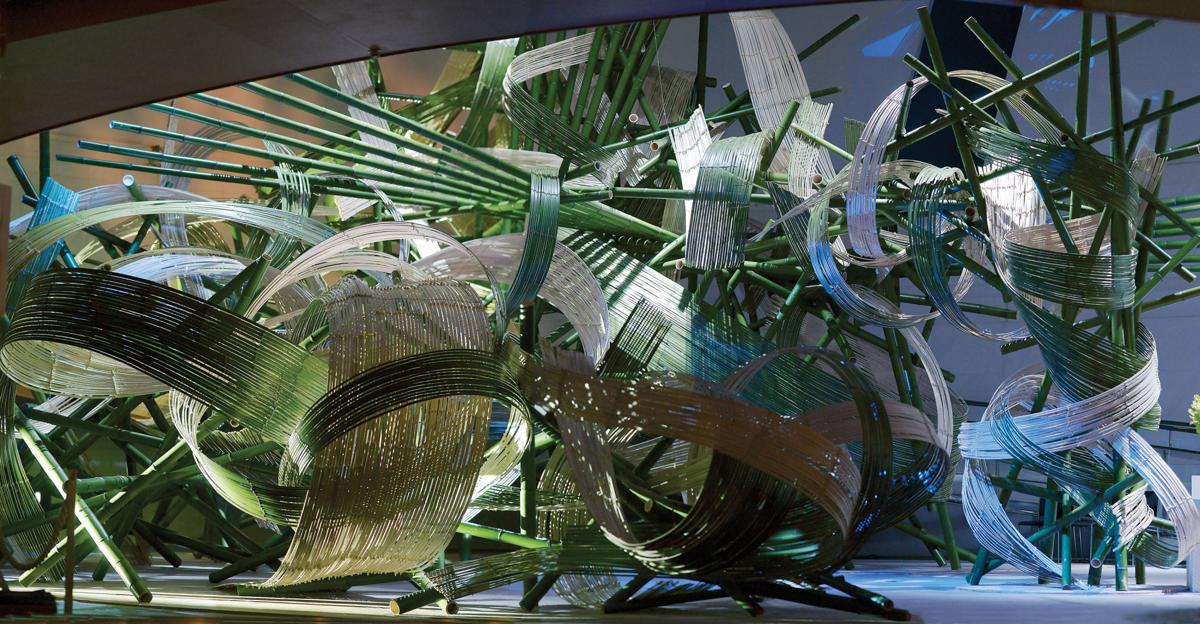 The ancient art of Ikebana will be on display with several large installation created by Akane Teshigahara, the master of the Sogestu School. 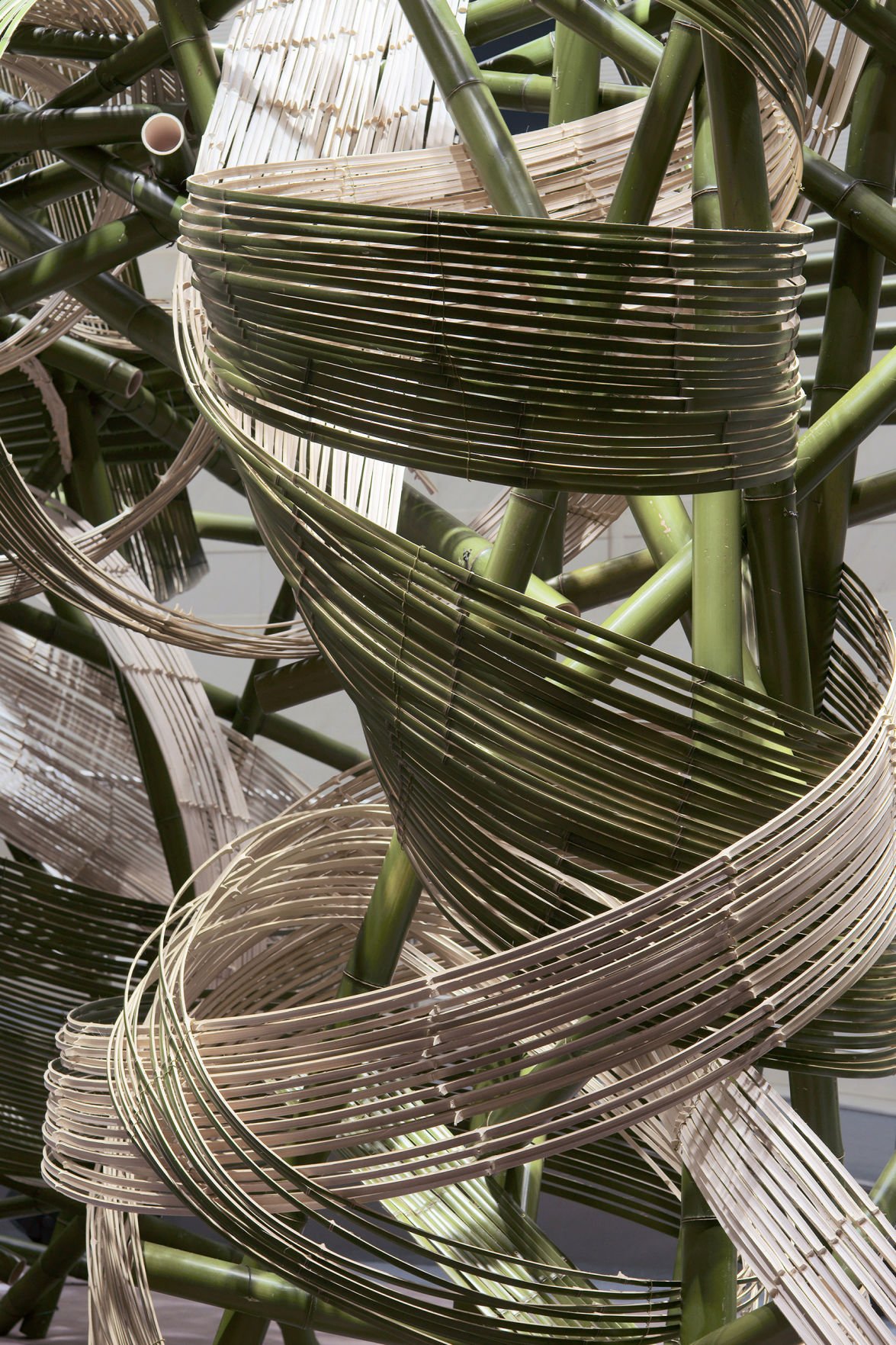 The ancient art of Ikebana will be on display with several large installation created by Akane Teshigahara, the master of the Sogestu School. These are bamboo installations.

This year, the mums are only part of the show.

Right now, bamboo and the ancient art of flower arranging known as Ikebana are front and center in the conservatory and throughout the grounds.

“Ikebana dates back to the fifth or sixth century,” says Erin Feeney, associate director of landscape architecture and program design at Longwood. “Specific schools developed about 100 years ago.”

The Sogetsu School was founded in 1927 as a reaction to the strict rules and traditions of other schools.

Akane Teshigahara is the fourth lemoto, or master, in the Sogetsu School. Her grandfather was the first; her aunt, who taught her, was the second; and her father was the third.

There are more than 120 Sogetsu chapters in 38 countries.

For the last three years, Teshigahara has been officially working with Longwood to prepare for the “Blooms & Bamboo” exhibit, which opens today and runs through Nov. 17.

They have been in talks for more than five years and came to visit Longwood .

“They landed on two spaces and worked on a series of designs. Then they came back to us with sketches and models,” Feeney says.

The team returned on Sept. 16 to begin construction of the installations. They worked with ten volunteers for various Ikebana schools with chapters here in the United States.

For three weeks, they worked on splitting and banding bamboo and weaving it into the poles with wire to create ribbons of bamboo.

“They can make the bamboo do whatever they want it to,” Feeney says. “You have to see it to believe it.”

One of the pieces, called Pulsation, is so large people can walk through it.

“It is about the energy of life and I think people will get it right away,” says Feeney. “It really does have pulsing energy.”

More than 1,5000 hours of work went into creating the installations

Another 23 smaller Ikebana arrangements were created and are exhibited throughout the conservatory.

This is only the second installation Teshigahara has created in the United States (the other is in Hawaii), and it is certainly the largest.

The Sogetsu School has always focused more on free expression than other schools, and Teshigahara is known in Japan for expanding Ikebana to a more diverse and larger group of people.

“Part of the beauty of these pieces is how they change over time,” Feeney says. “Right now, they are bright green because they were recently harvested. By the end of the display, they will be tan. And you can hear the drying process — the crackling and the spitting.”

They will be turned into balls, spiral forms, pagodas and the famous gigantic mum. with 1.000 blooms, all from one plant.

The flowers and the bamboo installations are designed to compliment each other.

But, Feeney notes, “the bamboo will dominate.”

Things to do in Lancaster this weekend [Entertainment Lancaster, Oct. 3 through 10]

Many stories have been told about the duality of human nature, but none is better known than the story of Dr. Jekyll and Mr. Hyde.