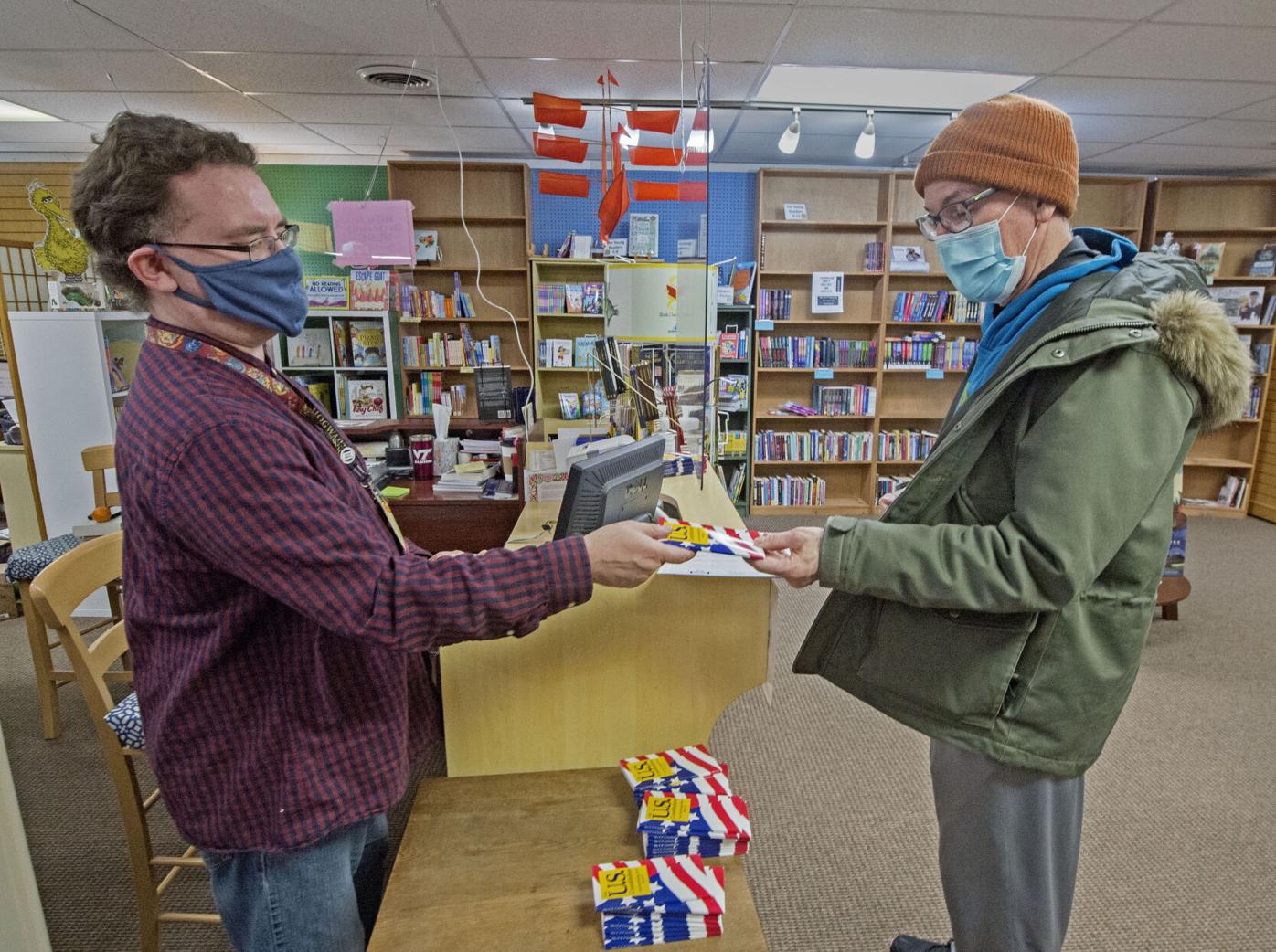 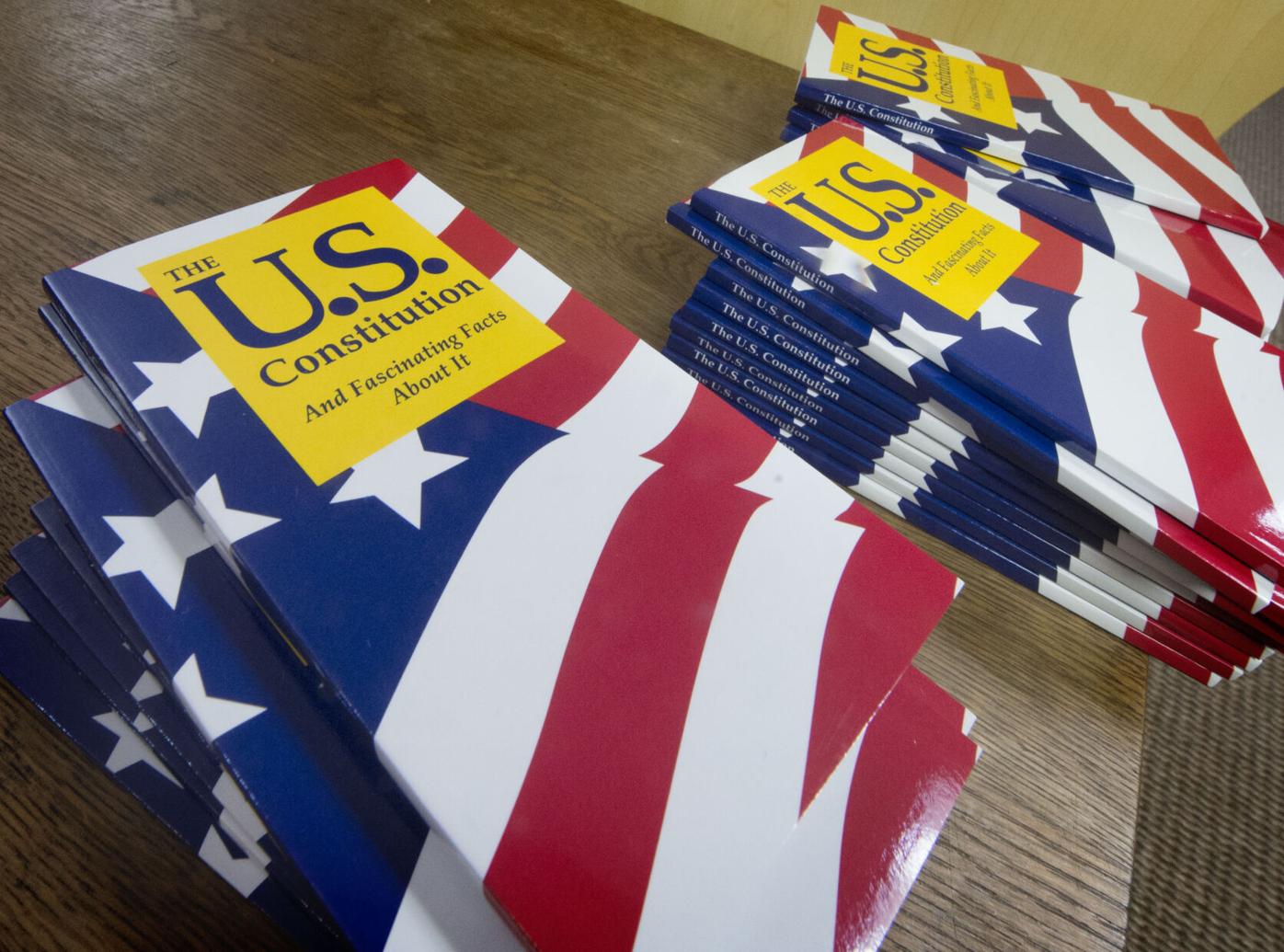 Copies of the United States Constitution are being given to customers inside Aaron’s Books at 35 E. Main St. in Lititz Friday, Jan. 8, 2021. 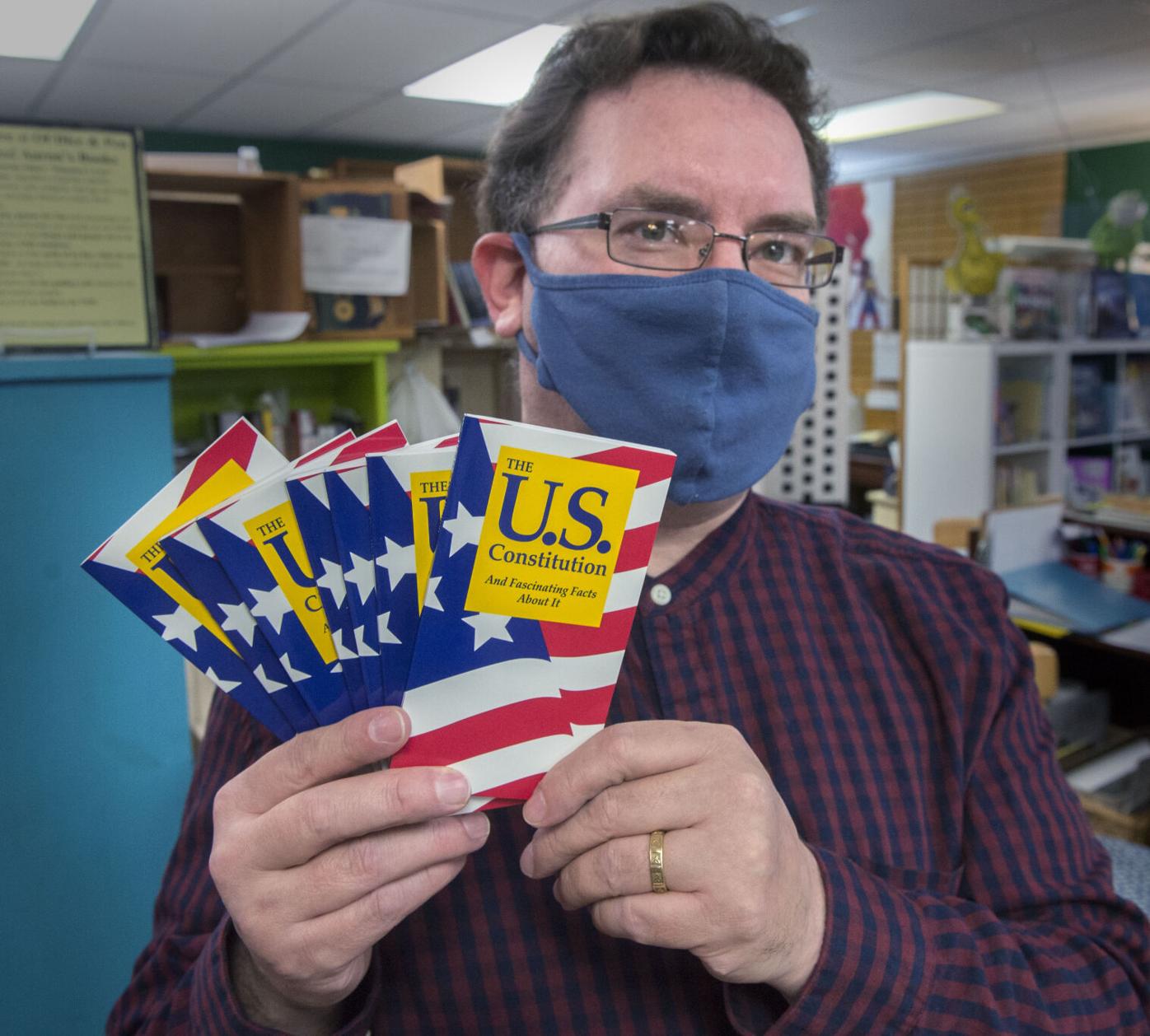 Aaron’s Books owner Todd Dickinson shows copies of the United States Constitution that are being given to customers inside the store at 35 E. Main St. in Lititz Friday, Jan. 8, 2021.

When the owners of Aaron’s Books in Lititz saw what was happening at the U.S. Capitol building on Wednesday, they decided to offer a way for their customers to learn, or be reminded of, the basis of our system of government.

Todd Dickinson and Sam Droke-Dickinson, the couple who owns the independent bookstore at 35 E. Main St. in Lititz, decided to give out the few dozen paperback copies of the U.S. Constitution they have in stock, free to their customers starting Friday.

"We decided to do this because of what happened in Washington," Droke-Dickinson said Friday, "to let people know their basic rights and responsibilities as U.S. citizens."

The giveaway is in response to the vandalism and violence that happened in the U.S. Capitol building Wednesday as supporters of President Donald Trump breached the building while legislators met to certify the results of the presidential election.

Though president-elect Biden and vice president-elect Kamala Harris won, Trump continued to repeat the false claim that the election was stolen from him, prompting his supporters to storm the Capitol.

Droke-Dickinson said the store will give out copies of the Constitution free, one per family, as long as their copies last. The copies will probably all be distributed by midday Saturday at the very latest, she said.

The version of the Constitution being distributed at Aaron's is "The U.S. Constitution and Fascinating Facts About It," edited by Terry L. Jordan.

Connor Towne O'Neill will discuss his debut book during a virtual event hosted by Aaron's Books in November.

Lancaster County's Pepperidge Farm plant is giving away free Goldfish crackers; here's how to find them

Pepperidge Farm’s factory near Denver is giving away thousands of bags of goldfish crackers.

A year ago, before the COVID-19 pandemic hit, Johnny Roberts predicted one of the big restau…

What does 'Unforgettable' look like? Test your knowledge of the 2021 colors of the year [quiz]

Can you identify these 2021 colors of the year?

This winter is shaping up to be one like no other.