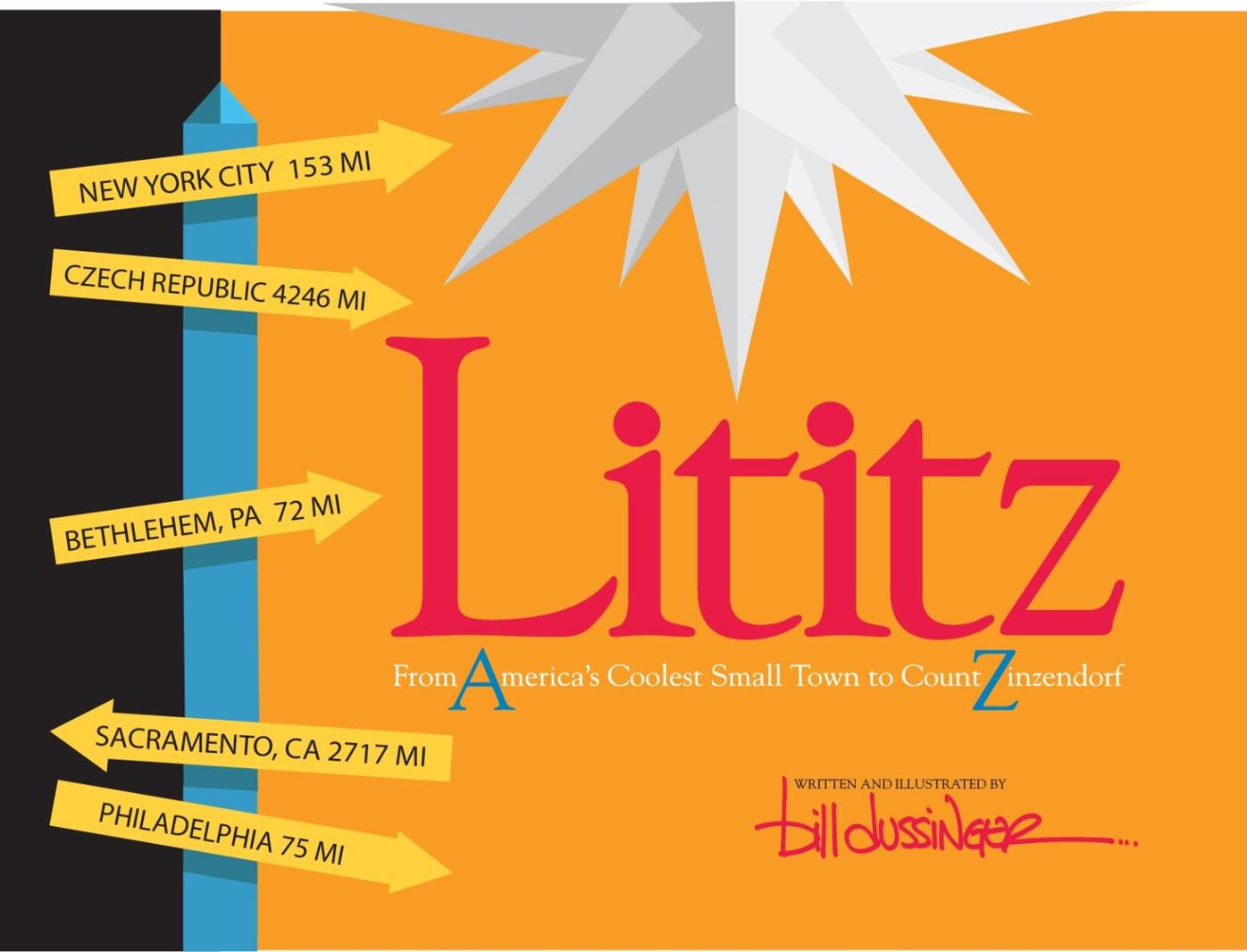 Bill Dussinger's "Lititz: From America's Coolest Small Town to Count Zinzendorf" is a book for all ages that explores the town and features interesting trivia and colorful design. 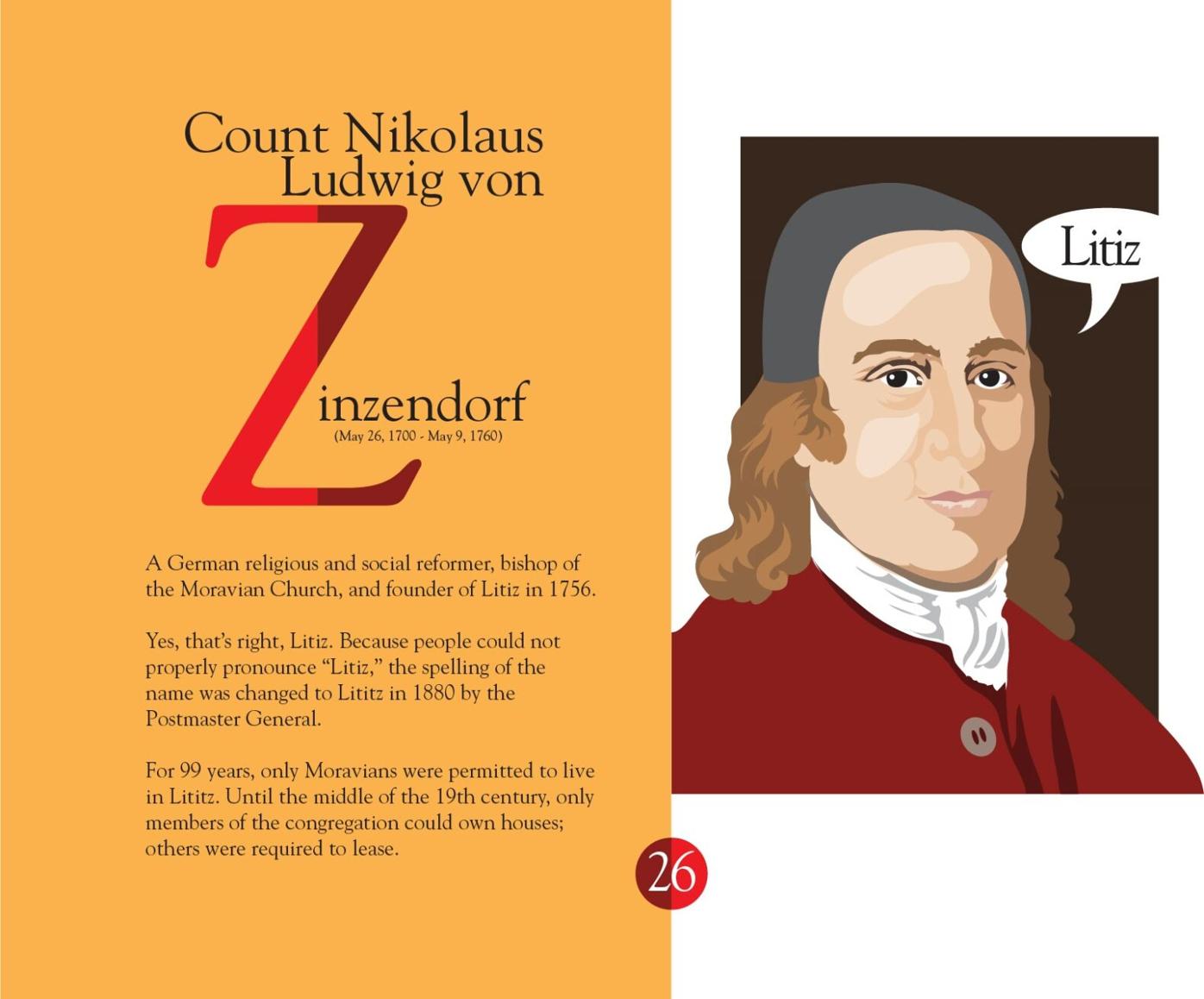 The "Z" entry for Bill Dussinger's ABC book about Lititz explores the history of the town's founder. 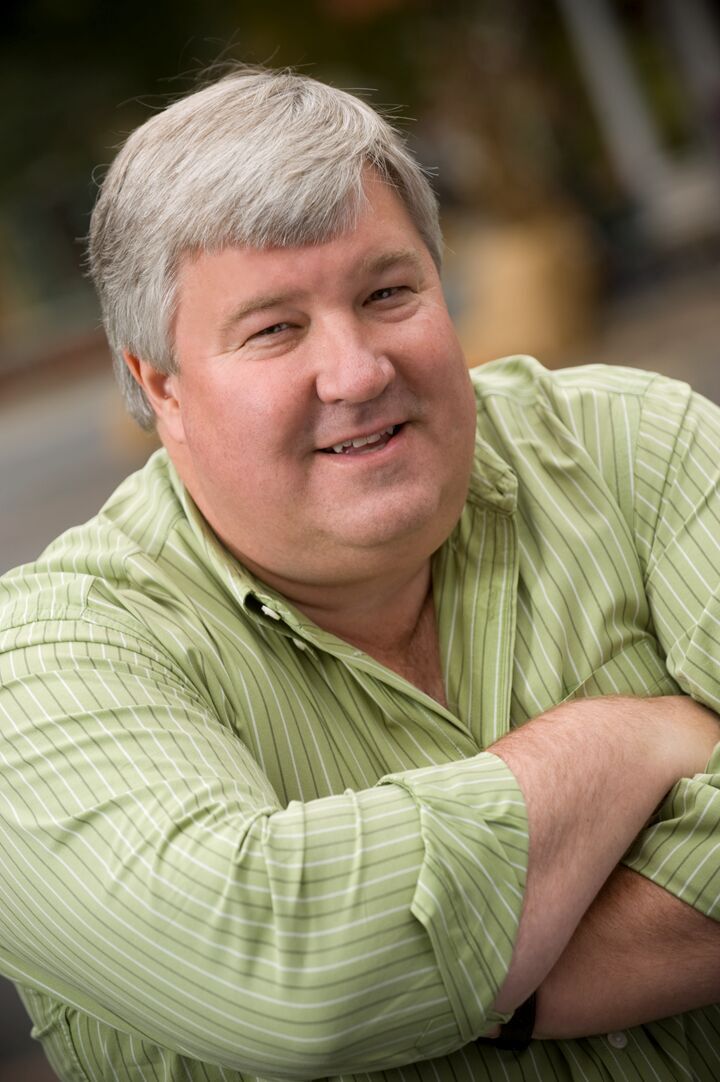 Lititz-based graphic artist, Bill Dussinger wrote and illustrated his first book "Lititz: From America's Coolest Small Town to Count Zinzendorf." The book explores interesting trivia and facts about Lititz for each letter of the alphabet.

In the introduction to his new book, graphic artist and lifelong Lititz resident Bill Dussinger notes that he learned his ABCs at his nursery school teacher’s home on South Broad Street. “Lititz: From America’s Coolest Small Town to Count Zinzendorf” is equal parts a love letter to Lititz and a history lesson. Dussinger, who wrote, illustrated and designed the book, presents readers with an abbreviated but alphabetized history of the town he calls home.

The book is Dussinger’s first as an author, though he has illustrated several books.

Dussinger’s career is long and varied, including graphic design work for popular Lititz events, Hershey Entertainment & Resorts and NFL’s Las Vegas Raiders (then Oakland). He has also worked as an artist for the Lancaster New Era from 1988-98.

A book for everyone

Dussinger, a relative of the first settlers of Lititz as well as the pretzel-making Sturgis family, found a niche in the local book market and decided to explore his passion for his hometown.

“I thought that there aren’t any books about Lititz that were just enough history and trivia that tourists would like to have as a souvenir,” Dussinger says.

Dussinger says he spent about three or four years working on the book from his own Penny Lane Graphics studio in Lititz. Dussinger, a Beatles fan, picked the name as an homage to the group and also because he used to live on Penny Lane in Lititz.

“I started making a list of ABCs and filling in the letters,” Dussinger says. “Some of the letters were kind of hard, so I just set it aside for a while. Then when this whole COVID-19 thing came up, and I wasn’t getting as much work as I normally did, I thought I’m going to get this thing done.”

He hopes the book will appeal to both kids and adults, as well as Lititz residents and tourists. And even lifelong Lititz residents might learn something new, like the connection between Lititz and the New York Yankees’ logo. Dussinger’s extensive career as a graphic designer shows in the book’s crisp and clean layout with stylized illustrations that aren’t too “cartoon-y.”

“He is hands down the most talented illustrator I know,” Vulopas says. “Bill has a gift of making the written word visually jump off the page. His illustrations are treasures.”

P is for ‘pretzels’

Dussinger faced some challenges trying to fit the town’s rich history into his predetermined structure of one entry per letter. Some of the letters came fairly easily, for instance the often questionable “Q” entry was naturally filled in with Lititz’s annual Fourth of July candlelit ceremony, the Queen of Candles.

But for other entries, Dussinger had to get creative. For example, wanting to fit Woodstream into his book but finding “W” already occupied, Dussinger put the iconic pest control business under “E” – as in “Eek! A Mouse!” Rock Lititz is also included in the book, but maybe not where you’d expect to find it.

However, other Lititz staples are where you’d expect them to be in the alphabet, such as P for “pretzels” and C for “chocolate.” Dussinger says he wanted to include some of the things that Lititz is well-known for, as well as the town’s history, while making the book fun and accessible for all ages.

So Dussinger enlisted some other Lititz friends to fact check his writing such as Cory Van Brookhoven, president of the Lititz Historical Foundation.

“Dussinger has done a wonderful job in bringing to life the many aspects of Lititz that makes the town so unique,” Van Brookhoven says.

Dussinger says he learned quite a bit about his hometown while conducting his research for his book. But, Dussinger notes, that didn’t want to get too bogged down with the town’s rich history.

“I wanted it to be more fun,” Dussinger says. “With little trivia tidbits about Lititz.”

50 years ago, Lancaster County's vo-tech schools opened [Lancaster That Was]

Dussinger is planning on getting copies of the book into local stores at some point, but for now is selling copies directly. Those interested in purchasing copies should contact him on Facebook or email him at bill@plgraphics.com. Dussinger says he’s already sold over 150 copies of the book.

“I think with the local success of this book, I will be doing a follow up one on Lancaster County ABCs,” Dussinger says. “I actually have already started it.”

'There was no all-in-one resource': Lititz native pens book to answer kids' questions about coronavirus

The last time I saw David Schuyler, just before the pandemic lockdown commenced in mid-March, he was — despite various physical tribulations —…

The one-night version of A Taste of Lititz, which before the COVID-19 pandemic brought hundreds of people to the borough’s downtown each June …

The Dutch Apple Dinner Theatre, which reopened Aug. 7, on Sunday launches a series of concerts paying tribute to the music of various artists …

Omar Mohammed's poignant look at life in a refugee camp was nominated for a National Book Award.