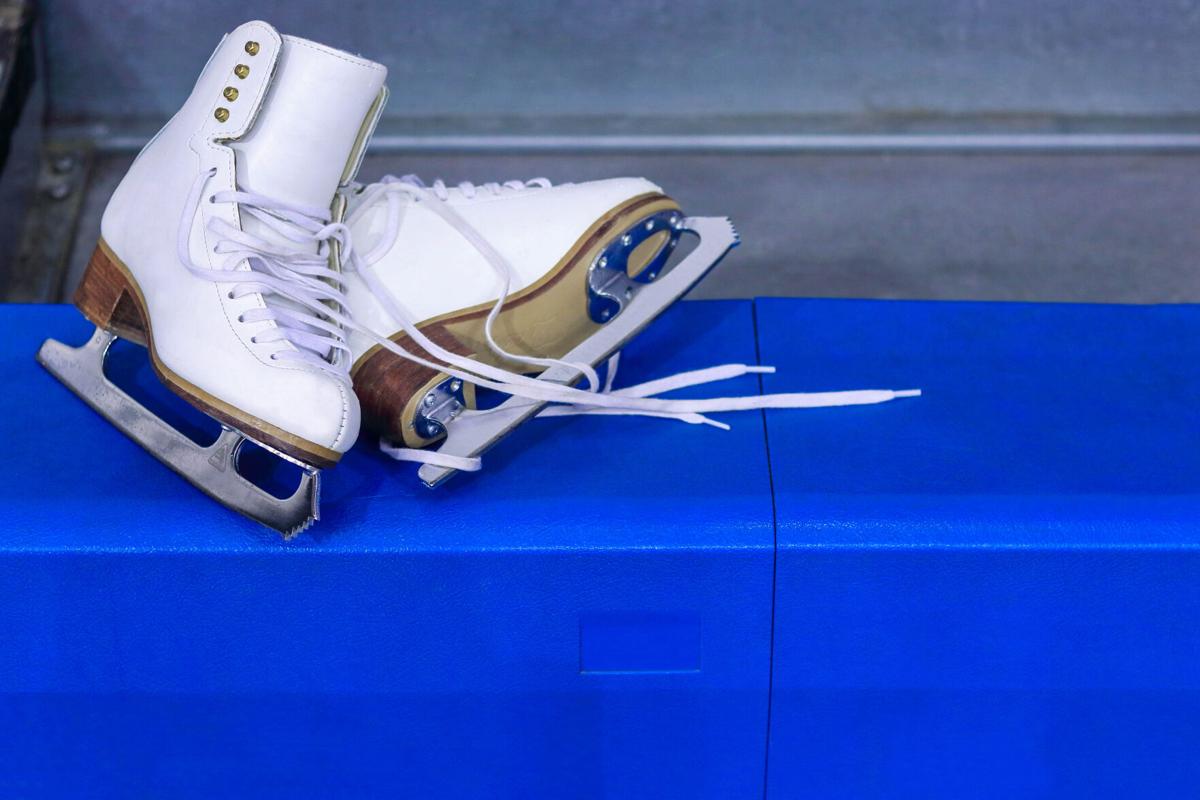 My 14-year-old daughter is a figure skater. She also grew up reading old newspaper cartoons: “Calvin and Hobbes,” “Peanuts” (we don’t have TV, but we have a lot of books).

And the “Peanuts” characters skate. Charles M. Schulz grew up in Minnesota, and even after he moved to southern California, he kept up his interest in ice sports. His daughter was an avid figure skater.

His strips get it right. In a few lines depicting a cartoon body in motion on ice, the angle of the legs, the position of the arms, is correct.

It’s better than it had to be for a daily comic strip in a disposable medium. Schulz, having seen the form once with an artist’s eye, couldn’t draw it otherwise.

For my money, Ernie Bushmiller (“Nancy”) is the king of newspaper comics. His every frame is composed, and everything in the strip funnels into the gag. He usually drew the last panel, the gag, first, then worked backward to set it up. His is the art of the gag.

No law of physics, no consistency of character, no logic of events, but Bushmiller would subvert it to get a laugh from middle America. In three or four square panels (on a weekday) he’d make art as surreal as Salvador Dali’s.

He has skating, too. Sluggo, showing off for the Chinese kid, straps on skates and writes “Sluggo” in cursive on the ice. Writing on ice was one of the first tricks that, in the 19th century, begat the sport of figure skating. Then in the last frame, the Chinese kid wows Sluggo when he writes his own name on the ice in (imagined) “Chinese,” a mass of slashes and hashes, utterly impossible with blades in the real world.

Figure skating is the art and skill of moving yourself around a sheet of ice in difficult and challenging ways. A hockey player also churns up and down the ice, but the hockey player’s goal is to get from here to there fast, with a low center of gravity and a stick on the ice.

Figure skating is a young sport, about as old as newspaper comics. We watched clips of Sonja Henie, and my daughter was surprised at how basic her skills would seem today.

In its development, figure skating has edged away from the “figures” that gave it its name. But it’s still based on that mix of skill and artistry.

That might be the most basic definition of an art: a difficulty done with style. Realized potentialities inside given limitations.

The rules and limits of correct action in an art may be arbitrary. Some skaters can do flips on skates, which is an astonishing feat, but it’s not allowed in the sport.

Art is a display of capability within a given form. The rules must exist, imposed by the medium and evolved and agreed upon by a community of taste that can judge the skill.

Schulz and Bushmiller worked in a confined space with black lines on white paper. They amused America for more than half a century apiece. (Arguably each had exhausted his medium long before retiring.)

In a decadent age, the individuality of a performance will be more valued that the traditional correctness.

But there is no freedom unless you’re aware of the limitations you’re freed from. There are no eccentrics where there is no center.

Bushmiller, day after day squaring off the four-panel gag strip like a master mason. Wordsworth, keeping his mental colors inside the lines of the sonnet. Sinatra, his voice hanging perilously off the beat but never losing it. The Beatles, pushing at the structural envelope of the pop song.

They pushed that envelope so hard they pierced it, about 1967. It must have felt giddy to be so liberated, but it seems to me their music then became amorphous, thinned and odd.

Return to sender: Lancaster man finds love letters from the '40s and '50s, reunites them with family

LNP | LancasterOnline asked readers to share a little bit about their marriages, and almost …

How to make your own fasnachts, plus readers share Fasnacht Day memories

In April, a new stand will open at Lancaster Central Market with prepared vegan and vegetari…