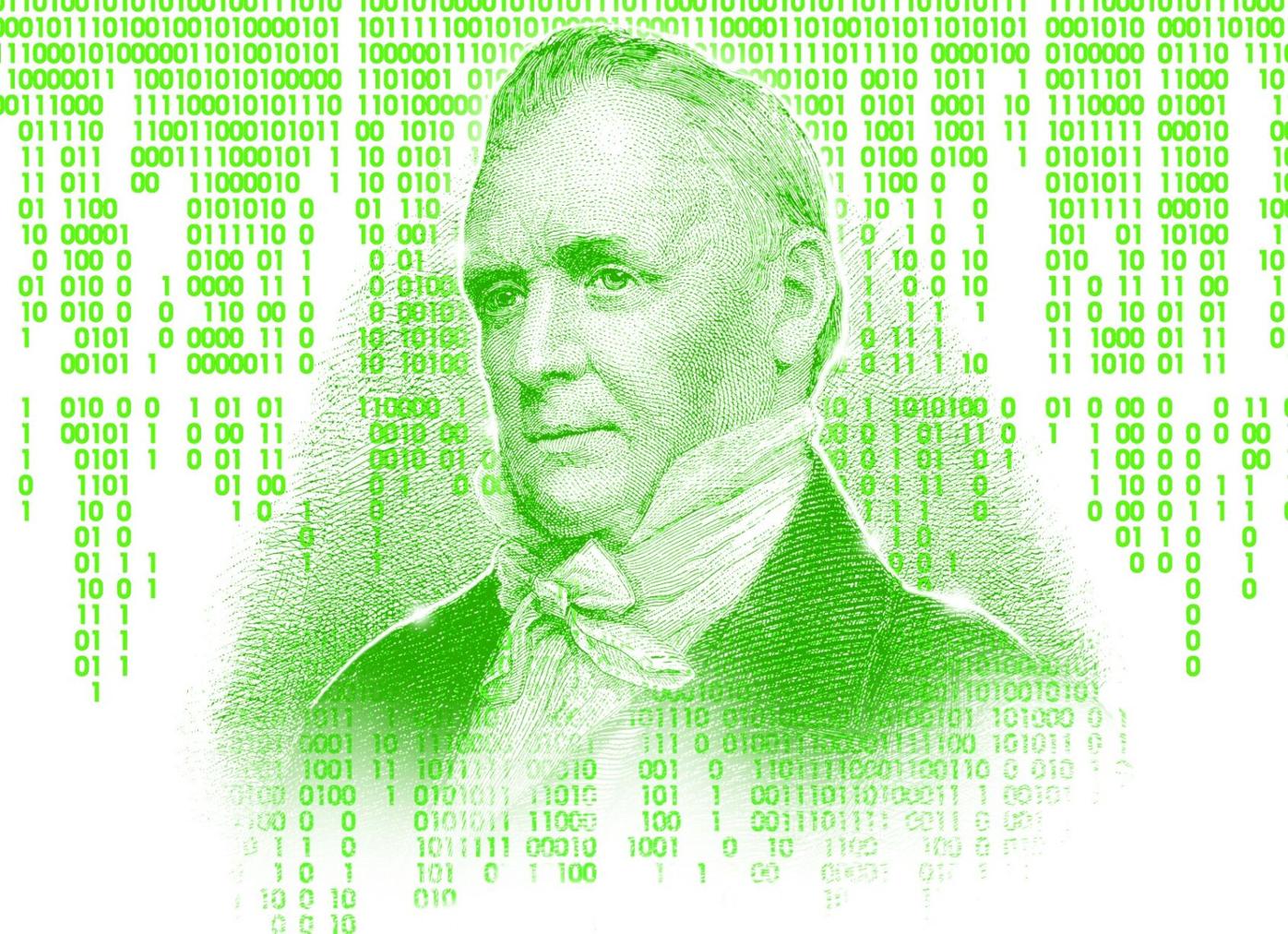 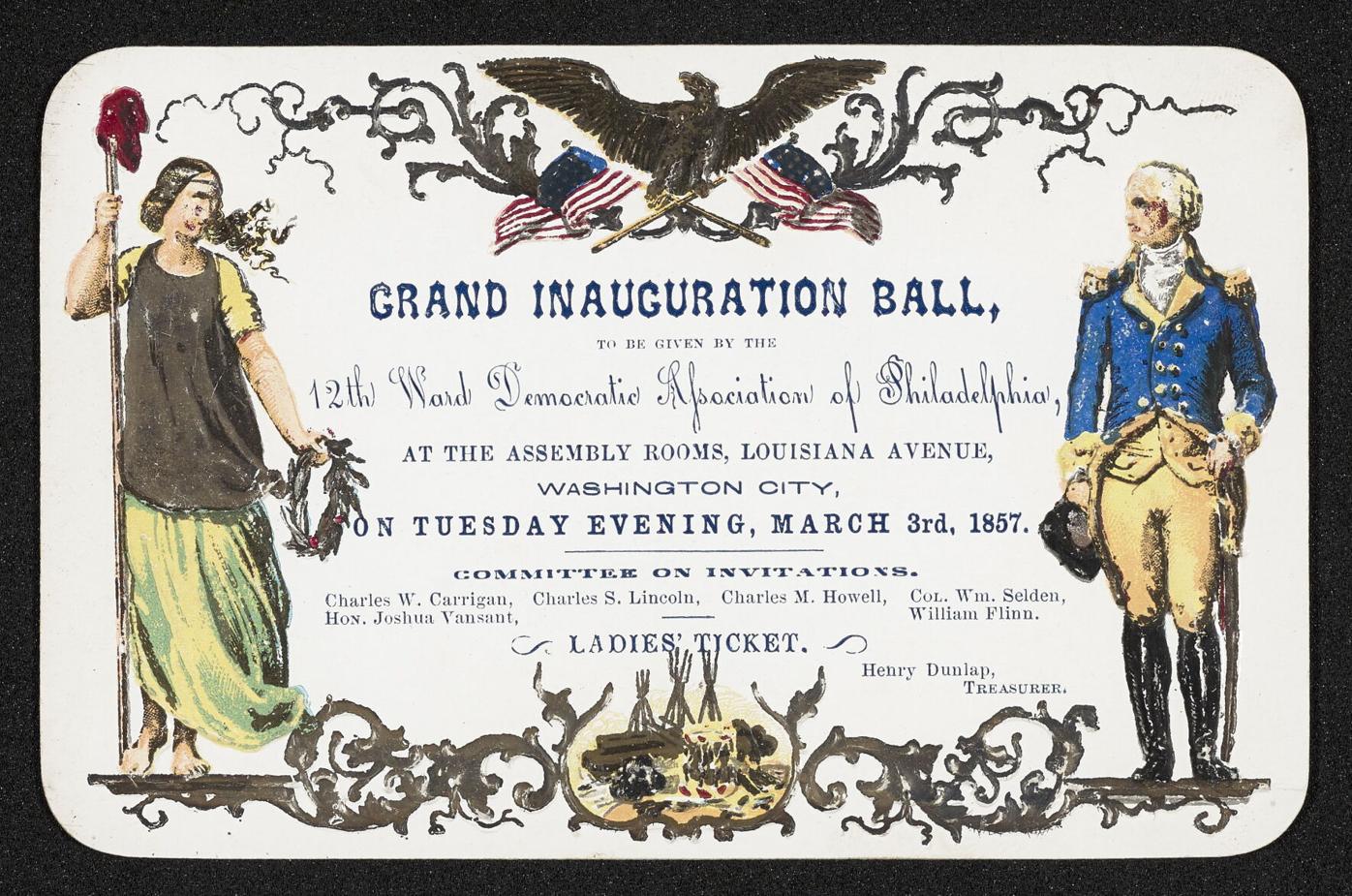 One of the items in the James Buchanan Presidential Library is this invitation to the Grand National Inauguration Ball by the 12th Ward Democratic Association of Philadelphia. 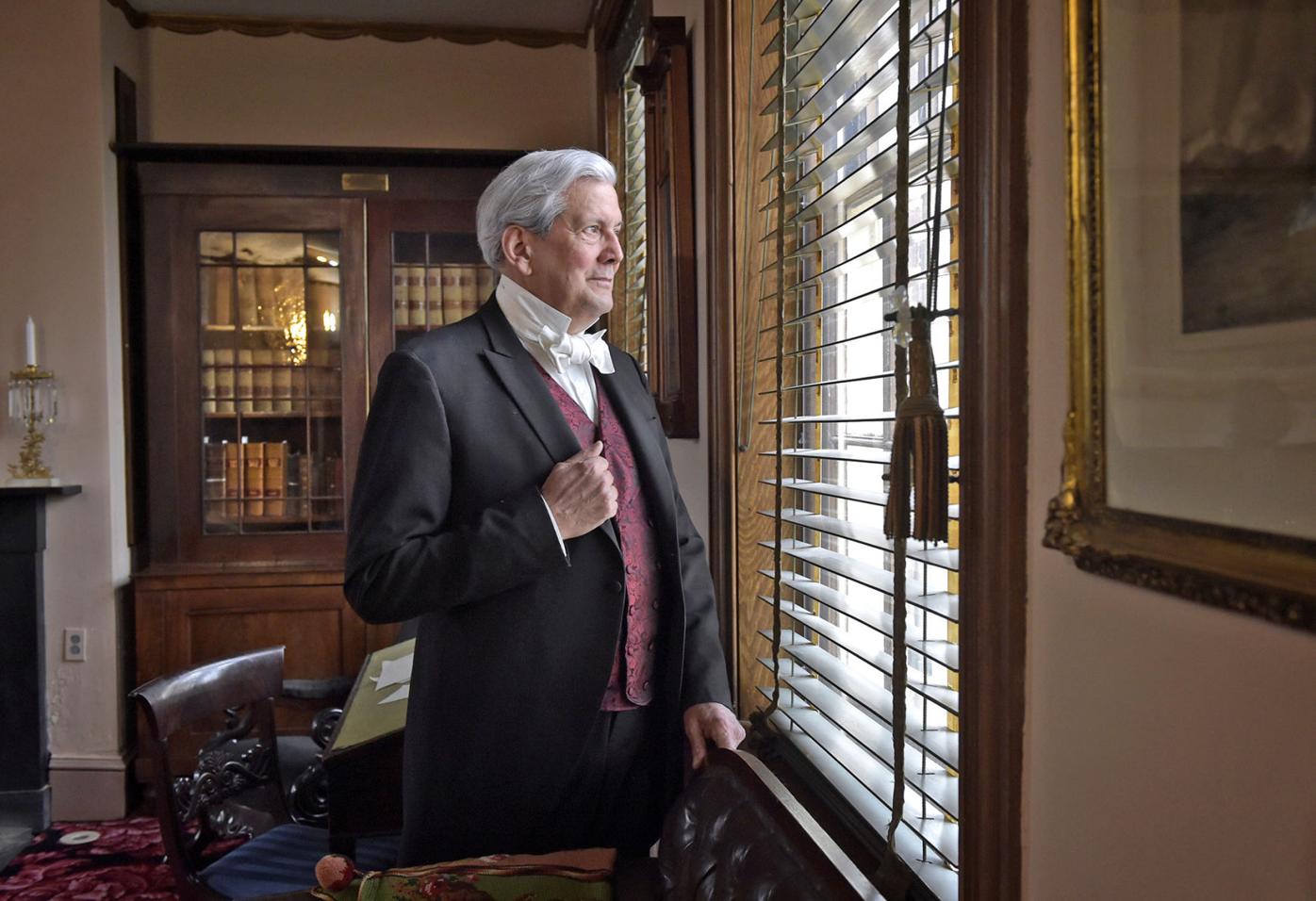 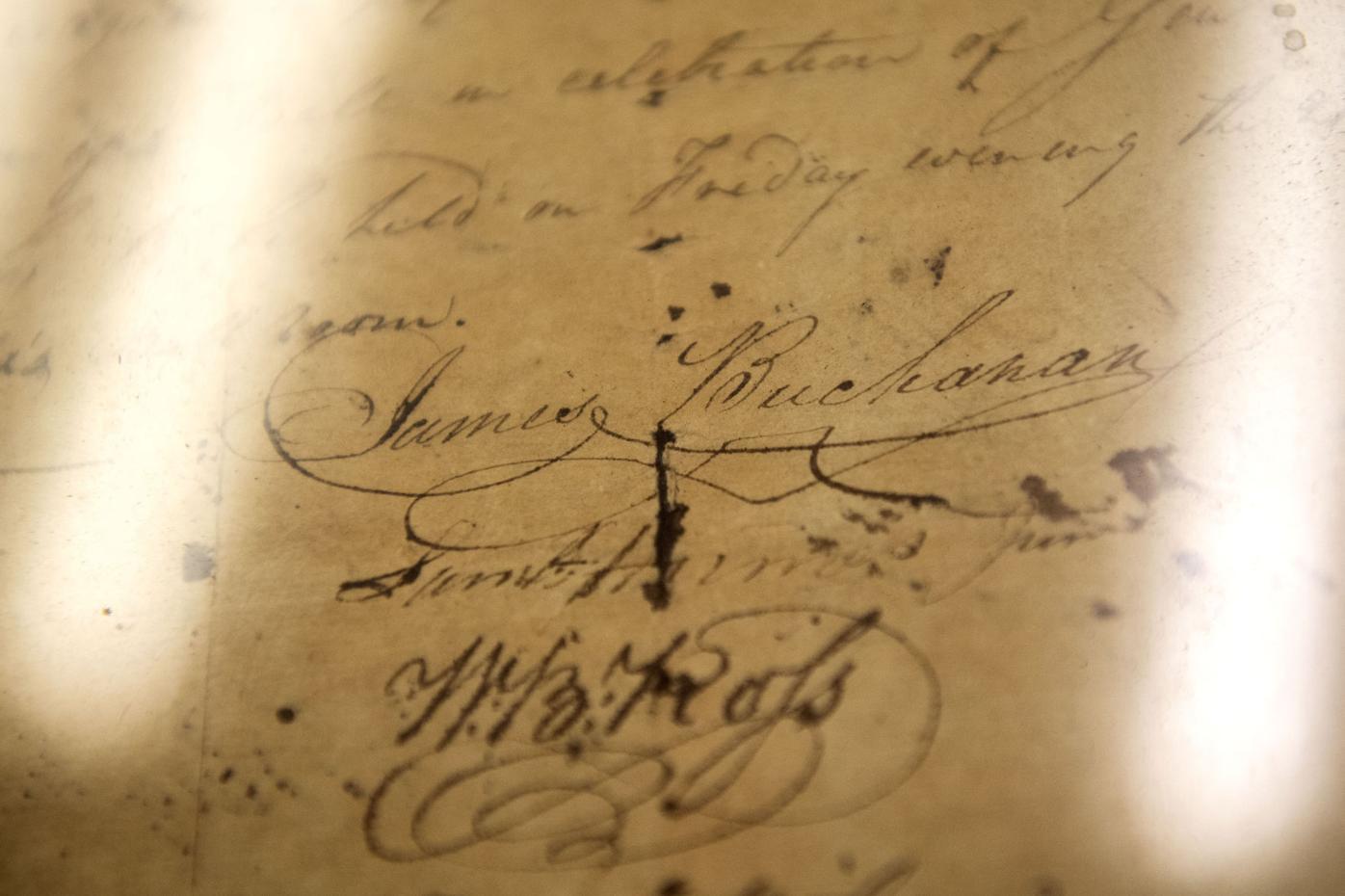 We were amazed to find a document bearing the signature of James Buchanan in the vault. Dating to 1812, the document is a collection of signatures of individuals pledging to help pay for a gala ball honoring George Washington’s birthday. Buchanan was just 21 years old at the time he signed this document. Two years later, he would begin representing Lancaster County in the state House of Representatives, thus beginning the political career that would eventually lead him into the White House. 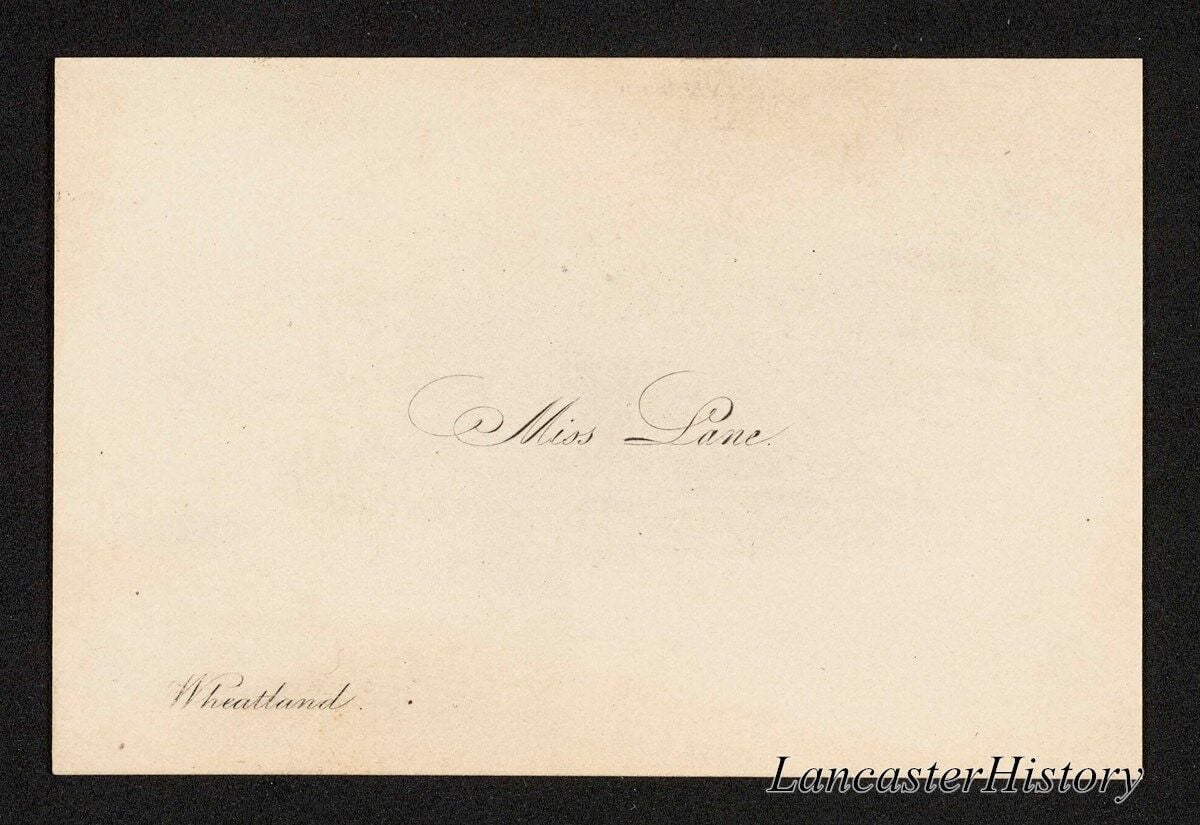 In the James Buchanan Presidential Library, you’ll find an invitation to his Inauguration Ball in 1857, the first and only inauguration for a president from Pennsylvania.

There are letters to and from Buchanan’s niece, Harriet Lane, whom some consider the first to be called a First Lady.

There are documents that show the politics of a divided country. By the time Buchanan left office, seven states seceded and the start of the Civil War was weeks away.

There are more than 12,000 pages, photographs and artifacts in the library housed at LancasterHistory. And this all has been off-limits since March when the site closed temporarily.

Now the collection is available 24/7 without leaving home. The newly digitized library is free and online at lancasterhistory.org. It’s a project that started decades ago, with volunteers and staff transcribing handwritten documents.

Before the library was digitized, scholars and researchers could make an appointment to explore the collection of the president many say is one of the worst.

Digitizing this collection makes it accessible to all. The items are resources in a momentous period in American history, says Robin Sarratt, LancasterHistory vice president.

“He was a remarkable character,” says Patrick Clarke, director of Wheatland. “Like him or dislike him, he lived through some of the most important periods in the 19th century for this country’s formation.”

Digitizing the papers will help preserve them as well, says Heather Tennies, director of archival services. Accessing them online means people will handle them less.

Buchanan may have left office more than 150 years ago, but there’s a renewed interest in the period around the Civil War and Reconstruction.

His inaugural address mentions slavery, government corruption, the balance of powers and the “sacred right” to vote: topics we’re talking about today.

The library’s one way to find context and understand Buchanan’s presidency and his approach to these issues, Sarrett says.

While modern presidents have libraries operating in the federal National Archives, that only started in the late 1930s.

Buchanan’s archives can be found in five places. LancasterHistory has his home, Wheatland, and the presidential library. Dickinson College in Carlisle, Cumberland County, where Buchanan graduated in 1809, has correspondence, including letters, drafts of speeches and more. The Historical Society of Pennsylvania in Philadelphia has 74 boxes of papers from Buchanan’s time as a politician.

A grant of $9,550 from Pennsylvania Historical and Museum Commission gave LancasterHistory’s digitization a boost. Most of that money went to Backstage Library Works, of Bethlehem, to digitize the collection.

Most of the labor fell on LancasterHistory staff and volunteers, who transcribed handwritten letters, some of them with writing in multiple directions. They researched the context and added keywords.

“It’s been my experience with Buchanan’s papers that unless you’re a total expert on the 19th century social and political issues, sometimes he may be talking about things that escape us,” Clarke says. “That’s where scholars having access to these papers will, down the road, probably bring to light even more understanding of some of the nuances that he may be talking about that we haven’t necessarily picked up on.”

During the digitization, there were a few items that were exciting to rediscover.

One letter from Buchanan from 1849 offers a $100 stock certificate, the interest which was to be used to buy wood and coal for poor women in Lancaster during the winter.

Another letter, with a wider significance, is from Buchanan to a friend about the Compromise of 1850, which was an attempt to resolve issues over slavery in new territories. He writes the law should be held inviolate.

“We kind of had a sense that Buchanan probably would have gone along with the new law because it was the law,” Clarke says. “He was very much in love with the U.S. Constitution and a strict constructionist in a lot of ways.

“To have that document in your hand that is a definitive answer to the question: ‘What did James Buchanan think about the federal Fugitive Slave Act.’ ... That letter spelled it out in plain English.”

Here's how an East Lampeter Twp. woman renovated her carport into a socially distant hangout

The voting instructions hung on the wall, printed in English and Spanish. “Ballot box” is Spanish urna — recognizably “urn.” Both English and …

Why young Ann Coleman died suddenly in the autumn of 1819, after breaking off her engagement with James Buchanan and fleeing to Philadelphia, …

Olympic figure skater and Quarryville native Johnny Weir was back to his winning ways on ABC's "Dancing With the Stars" Monday night, ending t…

When the Lancaster Public Library was closed for the first few months of the COVID-19 pandemic, the Wi-Fi was still running.

Lancaster County's own man in the White House, President James Buchanan, never had a traditional bobblehead made in his likeness, according to…