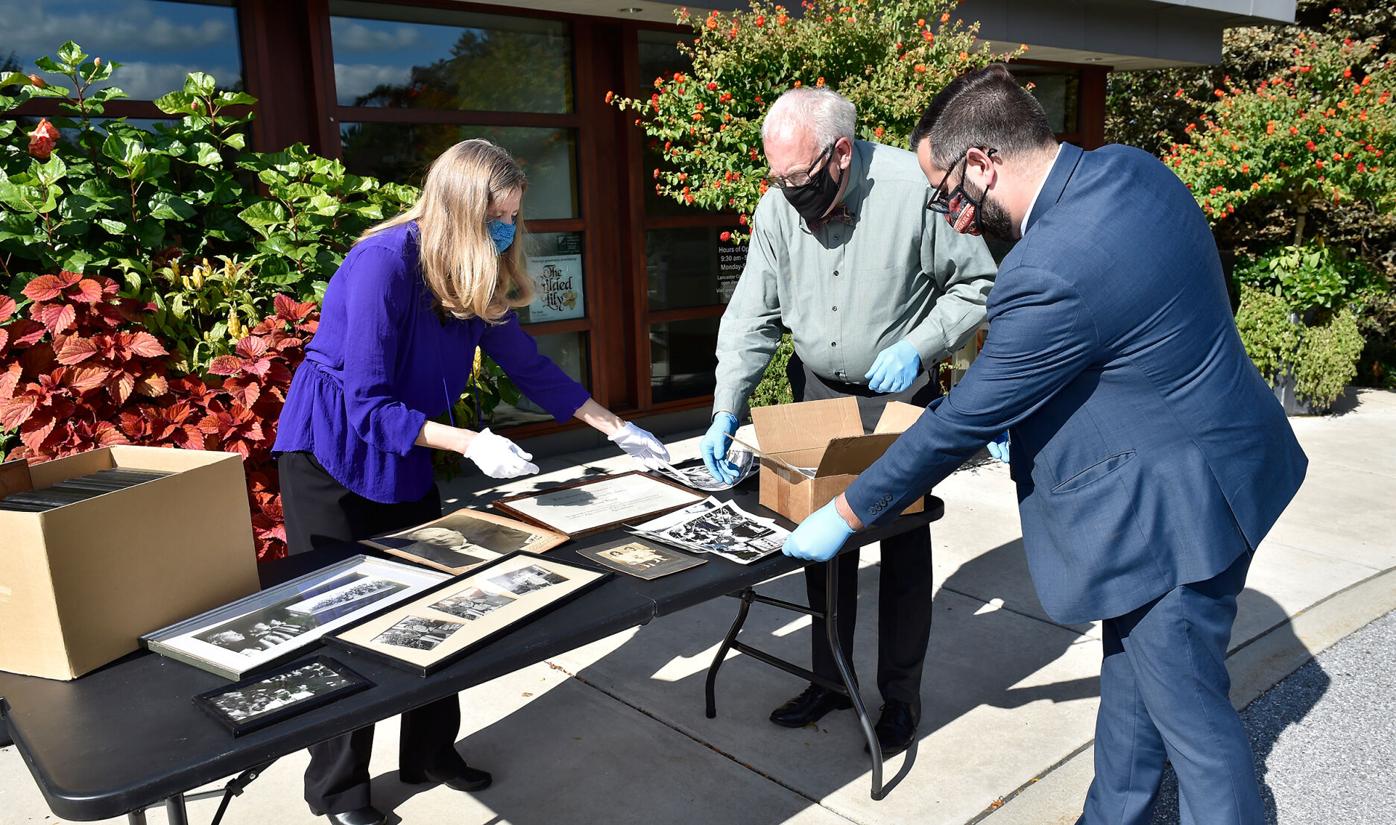 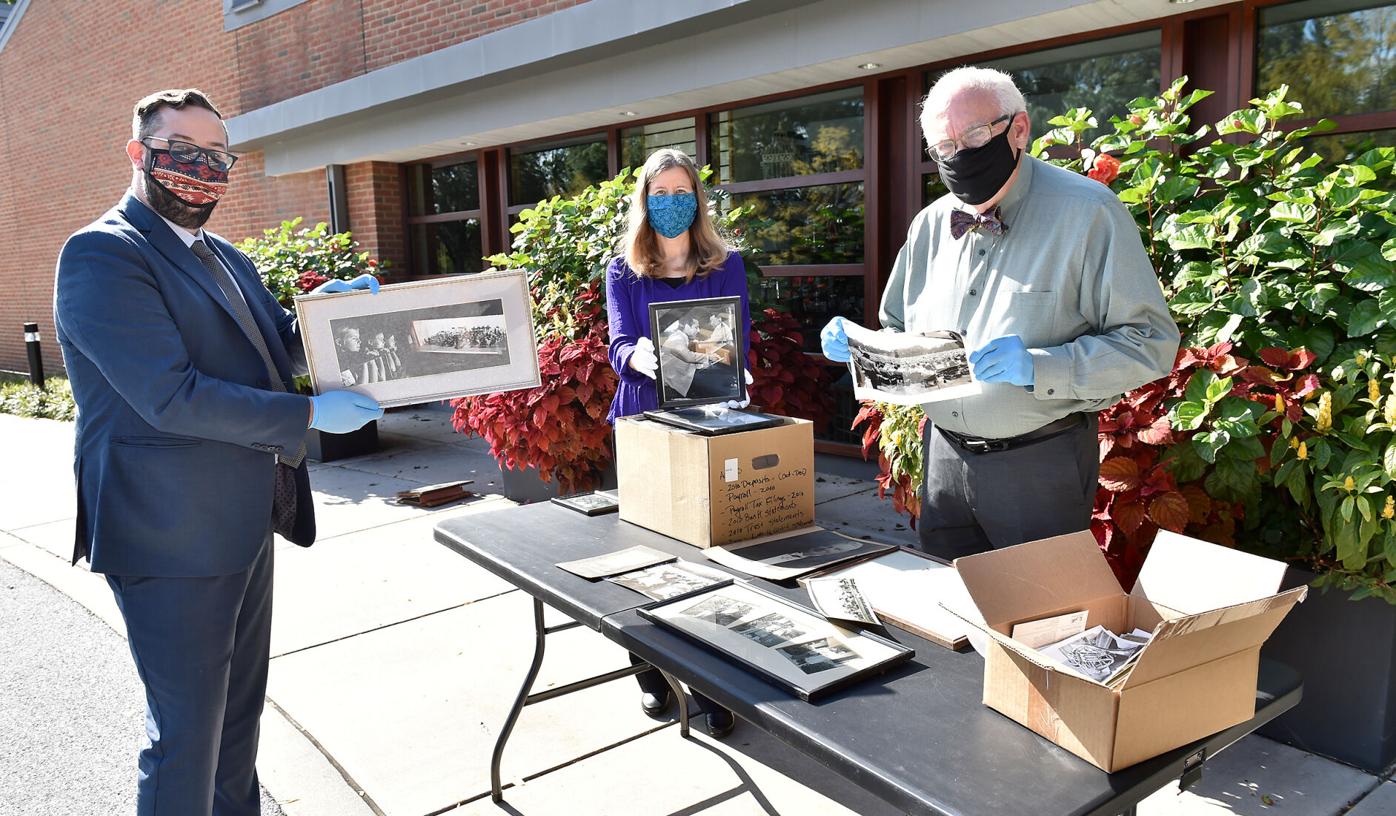 Scott Drackley, executive director of the Penn Square Music Conservatory, had a lot of cleaning out to do as he moved his new music school into the former digs of the recently closed Lancaster Conservatory of Music on Marshall Avenue.

“I took one of the studios and made my office,” he says. In a storage room across from his new office, amid piles of stuff he’d eventually throw out, he discovered a treasure trove of local musical history.

“My first reaction was, oh my God, there's so much junk back here,” Drackley recalls. “There’s so much piano music. ... There was so much advertising stuff (from the conservatory) that I just didn't know what to do with.”'

But then he found a few boxes of old photographs and other memorabilia he realized documented the early years of the Lancaster Symphony Orchestra — memorabilia that will now reside among the collections at LancasterHistory’s campus on North President Avenue.

Drackley and Guy McIntosh, executive director of the Lancaster Symphony Orchestra, had met at a downtown meeting in Feburary, and their organizations have since collaborated on a concert series.

The two men looked through the photos Drackley found, and realized they came from the late 1940s through the 1970s — the years that Louis Vyner, founder and first conductor of the symphony — was musical director of the LSO.

“We have a number of (pieces of memorabilia) in our office,” McIntosh says. “We have 40 years of (outgoing music director) Stephen Gunzenhauser's history ... but we’re missing a lot of the stuff from the Louis Vyner era.”

Vyner’s wife, Mary Vyner, took over the 1940-founded Lancaster Studio of Music in 1958 and turned it into the Lancaster Conservatory of Music, which closed in the spring after 80 years of music instruction.

That’s how the LSO memorabilia came to be stored at the conservatory, Drackley suggests.

McIntosh and Drackley turned the photos over to Heather Tennies, director of archival services at LancasterHistory, who was thrilled to get the collection.

“We don’t have very many items related to the symphony,” Tennies says. “We have a few photographs of the orchestra and we have some programs from some of the concerts. ... There are a few awards and documents associated with it.

“So, when I presented this (new material) to the collections committee, everyone ... was really excited to have this symphony orchestra memorabilia,” Tennies says.

The collection of photographs, which will eventually be scanned into the LancasterHistory database, so everyone can see them online, contains photos of guest artists and recipients of the symphony’s composer’s award from those early LSO decades, McIntosh says.

He also spotted some photos of student conductors working with the symphony.

There are photos of internationally known pianist Andre Watts’ several appearances with the symphony — going back to 1957, when he was 10 years old.

There are photos of famed Boston Pops Orchestra conductor Arthur Fiedler, who conducted the Lancaster symphony at a gala concert at the Fulton in 1973.

Other photos document the annual LSO Fourth of July Independence Day patriotic concerts at Long’s Park, and photos of Santa Claus appearing onstage with the symphony at holiday events.

There’s even a photo of Louis Vyner and his sister when they were little children.

Drackley likes the photos that exemplify the symphony’s work with students over the decades.

“I was just very excited to see the ones (related to) the educational stuff,” Drackley says. “I just think it’s so important for all of us involved in the arts, that we’ve gotten to do education. It’s a big part of what I do with Penn Square, and the symphony has done this for years.”

“I was exited to see all that, too,” McIntosh says. “There are seven education programs that we do through the symphony, geared toward the Lancaster School District, and all the school districts around the entire county.”

“We’re able to preserve this history now, and with Louis Vyner’s legacy, we have that for researchers to come in to use,” Tennies says. “It’s a great time to be preserving this history. It could very easily have been lost.

A guide to eight varieties of locally grown winter squash, including neck pumpkin

In 2004, Mary Groce and one of her cousins were going through some old family photographs saved by her aunt.

The Lancaster Mennonite Historical Society will present Family History Heyday, a new one-day virtual genealogy experience for everyone from c…