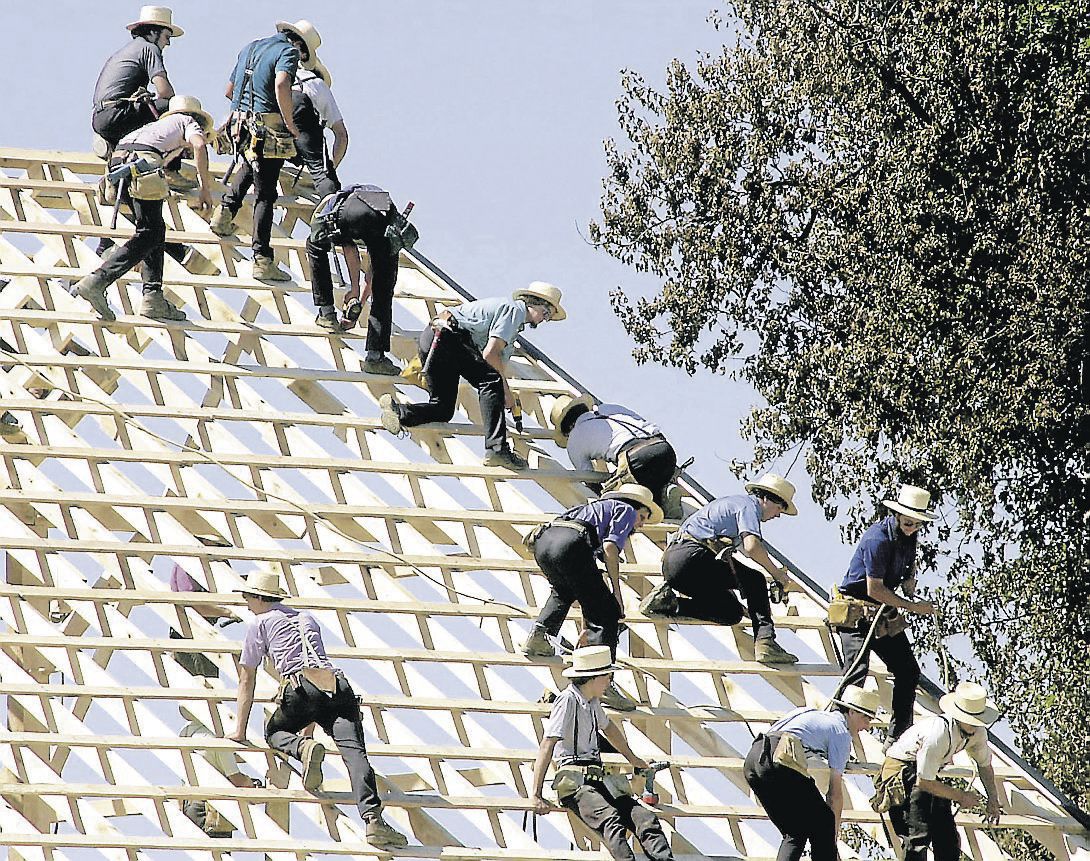 Barn raisings are an example of the communal nature of Old Order religious groups such as the Amish. 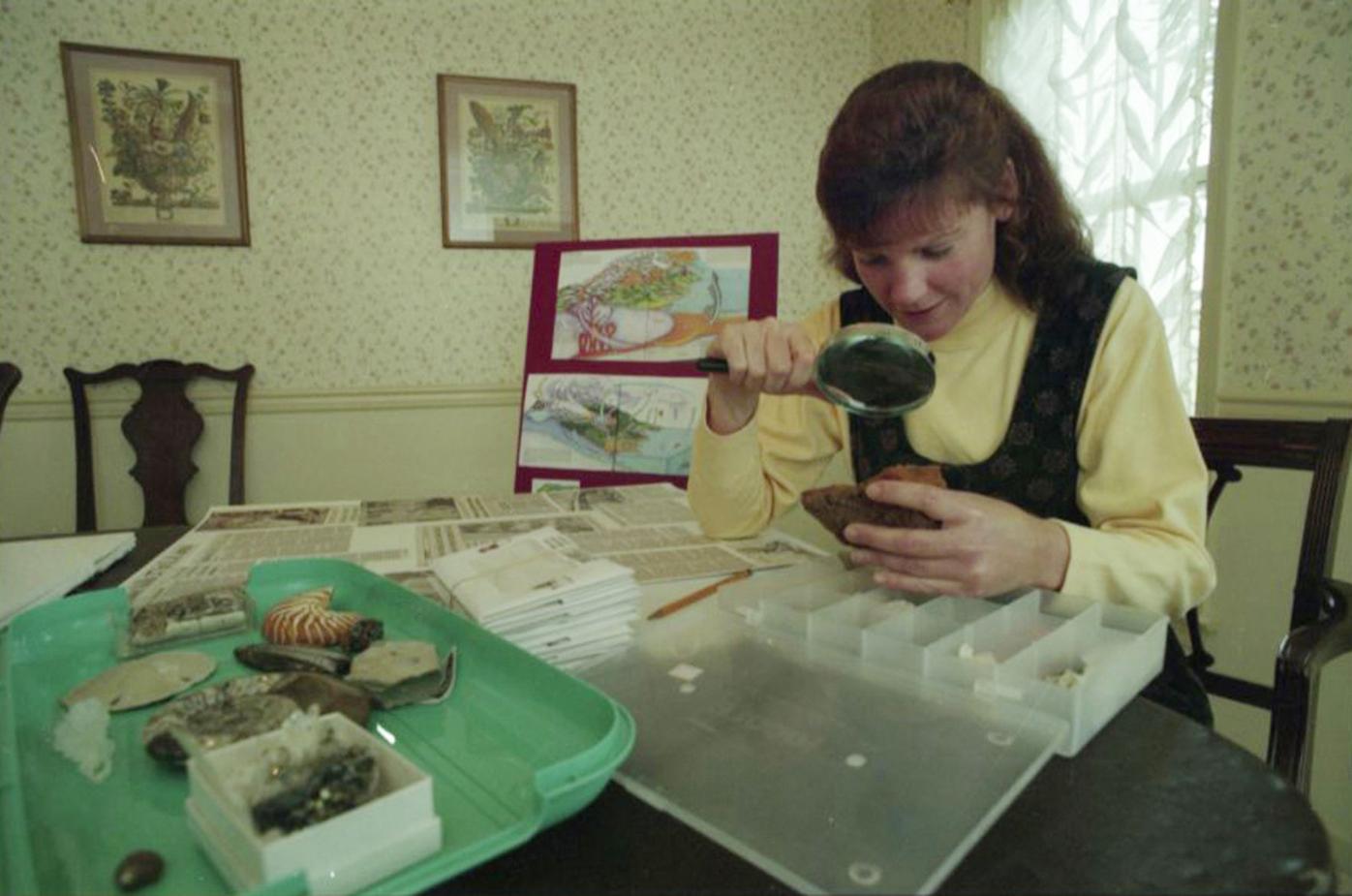 Terry Kehrer with some of the rocks and fossils she used when teaching geology. 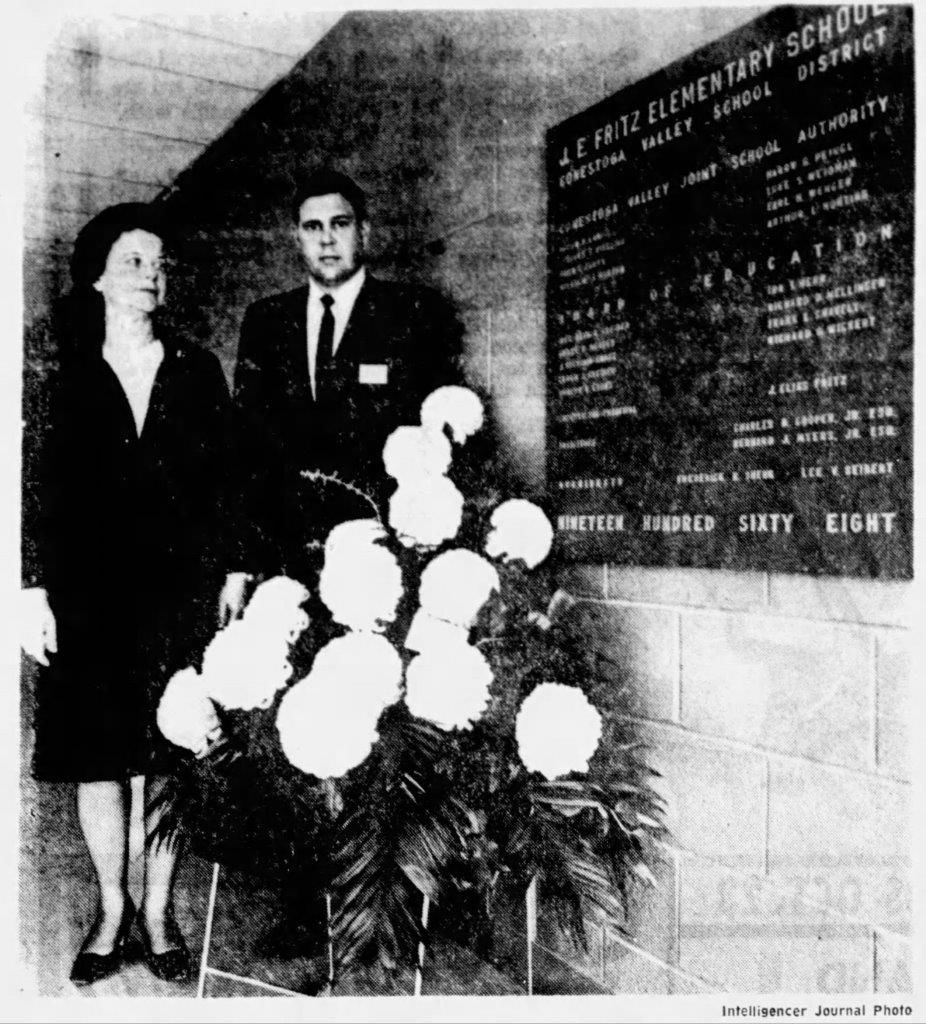 Mrs. J.E. Fritz and A. Reid Stoner, principal of J.E. Fritz Elementary School, at the school’s dedication in 1969.

Barn raisings are an example of the communal nature of Old Order religious groups such as the Amish.

Terry Kehrer with some of the rocks and fossils she used when teaching geology.

Mrs. J.E. Fritz and A. Reid Stoner, principal of J.E. Fritz Elementary School, at the school’s dedication in 1969.

25 Years Ago: Terry Kehrer, a wife, mother and geologist, was working to rebuild her life. A head-on collision had damaged her spinal cord and left her paralyzed from the neck down. Not one to sit still, Kehrer got extensive physical and occupational therapy, and then a part-time job. She even went back to school to pursue a master’s degree in fine arts. Eventually able to sit up, use her upper body and even draw, Kerher told the Oct. 13, 1994, New Era that as she progressed she wanted her young son to see a fighter, not a quitter.

In the same edition, the newspaper dug into the issue of how the Amish paid for medical expenses without help from either the government or medical insurance. The report highlighted Amish Aid, an Old Order Amish mutual assistance hospital program, which paid out $4.5 million in hospital bills for Amish patients in the period covering 1993 and the first four months of 1994. The Amish health care issue was especially relevant at the time, as President Clinton’s heath care reform proposal was in the news.

50 Years Ago: The Oct. 13, 1969, Intelligencer Journal covered the dedication of J.E. Fritz Elementary School. Part of the Conestoga Valley School District, the new school was named after a late and much loved area educator. A.G. Breidenstine delivered the dedication speech to several hundred people. Fritz’s widow also attended the dedication. An open house for visitors was held after the ceremony.

The same edition reported that a church’s new attitude toward the young people in its neighborhood was making a real difference. Teens who used to vandalize the church were now attending its “tea houses” and hanging out in a drop-in lounge called “The Place.” The church ran “tea houses” for teens and post-high school young people. Rev. Seville thought the gatherings were “very meaningful experiences” for all who participated. The Neighborhood Ministry used research and volunteers to create the outreach programs.

Check out the Intelligencer Journal front page from Oct. 13, 1969.

75 Years Ago: The Oct. 13, 1944, Intelligencer Journal reported on an action by City Council. Mayor D.E. Cary announced that the city had hired Baker Engineers to undertake a survey of the Water and Sewer Authority. The survey included analyzing valuation reports, investigating rate structures and operating costs, and evaluating the pros and cons of a possible Lancaster Municipal Authority. The firm was asked to generate 10 imitation-leather-bound copies of their findings for City Council’s review.

Also in that edition: Employees of Hamilton Watch contributed to the war effort in many ways, including regular group trips to the blood bank to donate blood. “Many thousands of pints” were donated. In recognition of their lifesaving efforts, the Lancaster Chapter of the American Red Cross presented the company with the first citation given to an industry for blood bank contribution.

Check out the Intelligencer Journal front page from Oct. 13, 1944.

100 Years Ago: The Oct. 13, 1919, New Era reported that Lancaster’s divorce courts were doing a brisk business. The courts were processing more applications for divorce than ever before. Sixteen sets of applicants were listed in the paper. “Desertion” was the reason listed most frequently, but “cruel treatment” appeared as well.

In the same edition, the Lancaster Travel Club reported that its members were preparing for a trip to Africa. The group anticipated encountering primitive tribes, incredible numbers of wild animals and big game, and following in the footsteps of the late Col. Roosevelt - all without leaving the Stevens House. Hunter and collector Carl E. Axeby was set to be the guide through a lavishly illustrated lecture.