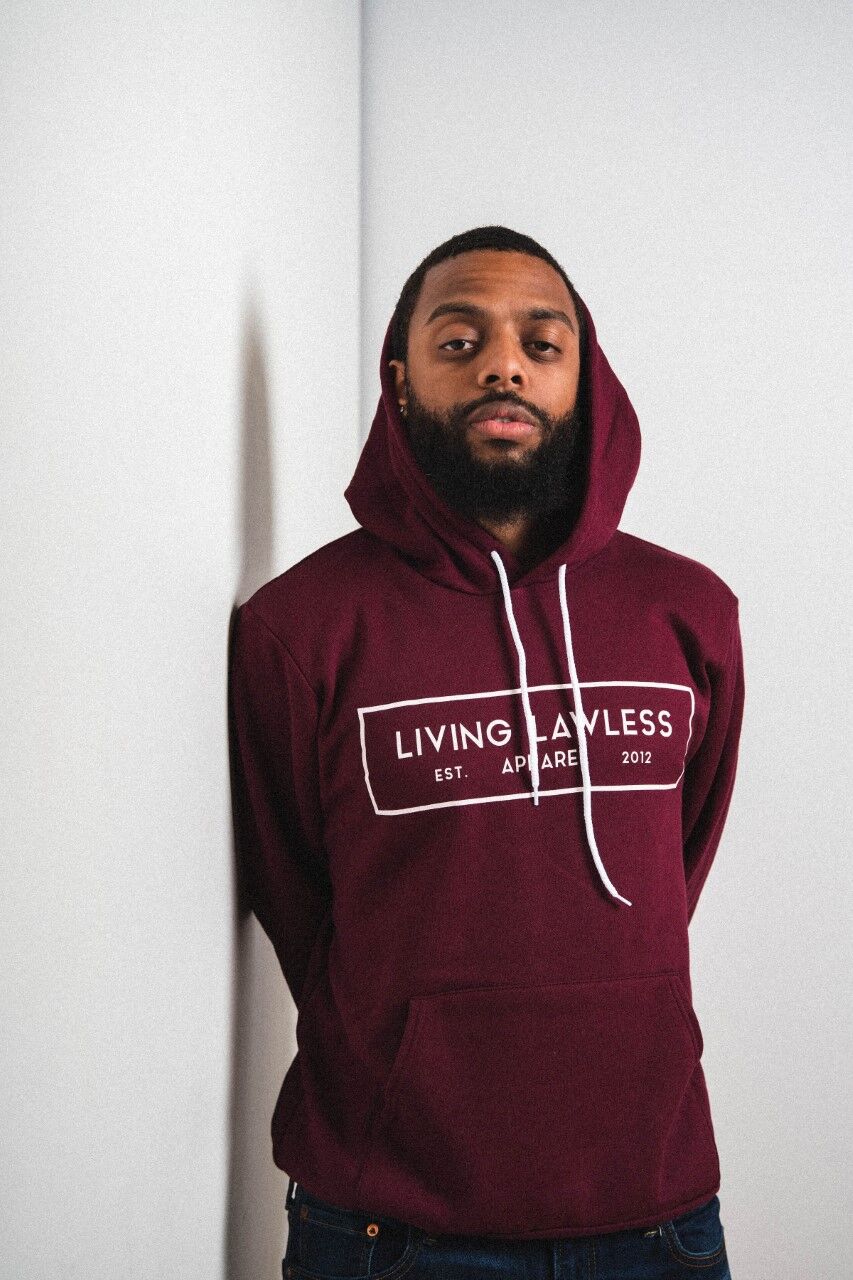 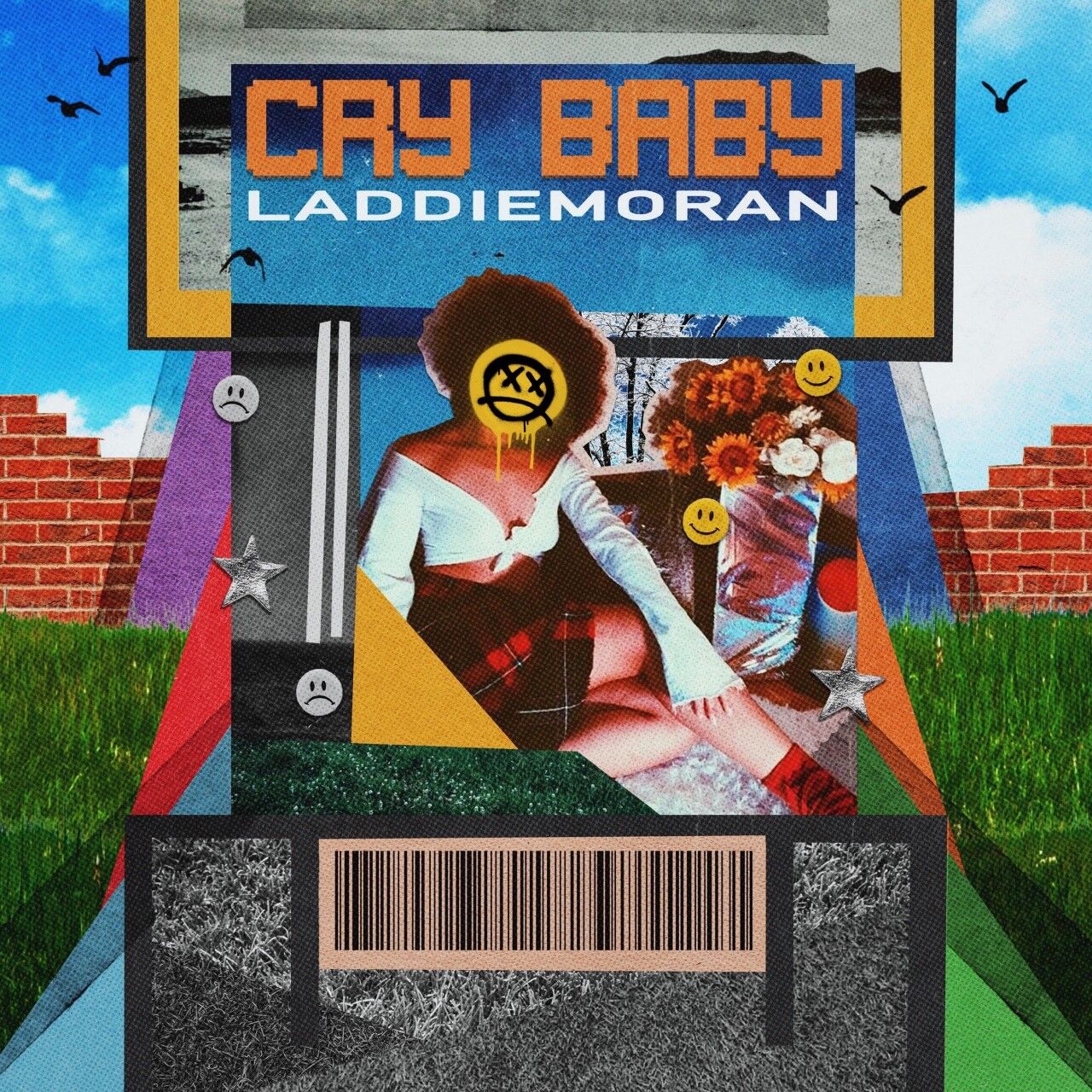 The cover of Laddie Moran's new EP "Cry Baby," out on Friday on all streaming services. Cover image courtesy of the artist.

The cover of Laddie Moran's new EP "Cry Baby," out on Friday on all streaming services. Cover image courtesy of the artist.

Perhaps the nicest things you can say about Lancaster rapper Laddie Moran is that he talks like he raps, and vice versa – fluid, interesting and intentioned.

The rapper’s newest EP, “Cry Baby,” contains far less actual rapping than past projects such as “Growing Painz” and “Cartoons and CeREeal,” but that is by design. “Cry Baby” leans into R&B musically, with a pervasive blues feeling.

The EP is just the first part of several releases Moran has planned for the year – another EP, already recorded and finished, is planned for September. He is also currently writing a third.

“Cry Baby” represents some of Moran’s most fine-tuned lyricism yet, as the EP chronicles the ups and downs of his personal relationships. To get a fuller picture of “Cry Baby,” we asked Moran to describe the central inspirations behind the music and lyrics.

Below is a partial transcript of his conversation with LNP | LancasterOnline about four things that inspired Moran’s new EP.

Moran: I’m always trying to get my records to flow like movie scenes. The EP is loosely based on (the 2004 film) “ Sunshine of the Spotless Mind.” I love Jim Carrey. Just how the scenes seamlessly flow into each other was a big inspiration on the sound of the EP. “Lookin’ Pt. 2” is about a girl, obviously. The whole EP was inspired by a girl, and this movie. I took pieces of both my life and the movie and put them together and made this EP. So, “Lookin’ Pt. 2” is me talking to a girl I dated, but it’s also Joel meeting Clementine [the main characters in “Eternal Sunshine”]. Especially the aspect of déjà vu – [Moran starts rapping] “Where you been, I’ve been waiting my whole life.”

LNP:  The soundtrack to that movie is so great. Was there ever a thought to sample any of the tracks?

Laddie: I really wanted to, but we’re super broke over here, and we can’t pay for samples, you know? I don’t have an extra 10 G’s to create a sample [laughs]. I wanted to sample some movie scenes, too, but I figured, why don’t I just make it my own thing?

Moran: It’s going to sound super corny, but loving and living [inspired the EP]. Being in tune with your feminine energy is an inspiration. Learning to understand my feelings and learning how to cope with those feelings … just, you know, R&B [laughs]. Like, listening to a record, then going through something, and going back to that record like, “Ah, I get it now.” For example, Chance the Rapper’s “Same Drugs.” The first time I heard it, I was like, “Eh …” and eventually I got it – people grow apart sometimes, and that’s OK, I’m cool with it. You know, I put my little sad boy twist on it and make it dramatic. It’s got to be entertaining, though. “Crybaby Blues” was Joel erasing Clementine, and then it starts all over again.

LNP: When you’re writing songs specifically addressed to people in your life, as you are on most of these tracks, is there ever the thought to mention it to those people in advance?

Moran: No, I didn’t run it by her at all. But it’s not coming from a place of anger, at all. I wrote the EP out of love, for real. It started out as a love story, and as soon as our thing started falling apart, and I started looking for different inspirations and how to convey a certain feeling to her without it being hurtful or anything like that.

LNP: I guess it can be two sides of the coin, right? Like, if you’re writing a song that might hurt someone’s feelings, maybe you’d tell them ahead of time, but also, even if it’s the opposite, really good, are you still wondering what the recipient of the song is going to think about it?

Moran: I look at it like this – it’s none of my business what people think. I’d be a liar if I said I didn’t wonder, but I’m just not going to ask. When she hears it, she’ll hear, and maybe she’ll like it; maybe she’ll hate me.

Moran: You know, just sitting in the car, eating McDonalds and listening to a bunch of stuff. Absorbing everything that I could in the moment. I’ll drive through the city, down by the Buck;  I’ll drive wherever. Like, the song “Already Shmoove,” I was actually on the way to work when I started writing that song. I was driving slow and started doing that “chopped and screwed” type voice (Laddie starts singing the song). I called work and was like, “Give me 10 minutes.” So I went to the studio; we wrote it and recorded it.

Moran: You know those random radio stations you can listen to on your phone? I was sleeping one day and woke up, like, “I should make a blues record.” That’s really it.

LNP: Do you happen to remember what was playing?

Moran: I do not, unfortunately. I’ve watched Tech N9ne incorporate opera, Drake incorporate R&B, Mos Def incorporating … well, a whole bunch of things. So I thought, why don’t I try it one time?

LNP: When you’re putting out a new project, how much are you wanting people to “get it” right away? Would you prefer people take multiple listens to understand what you’re doing, or do you want them to understand right away?

Moran: That’s a tough question. I don’t know. I like to push boundaries as far as being a musician, especially a local musician, I want to be able to give people an experience they haven’t had from a local musician before. So, I think I like to experiment a little bit.

LNP: That’s a good way to frame it. There’s X amount of rappers, X amount of bands in any one area; you could very easily fall into the mindset of, “Oh, well I have to try to do what everyone around me is doing so that people will hear me,” but if the inverse is, “No one sounds like me within a 50-mile radius,” then you’ve got your own niche.

Moran: That’s what I’m talking about right there -- you have to be able to give people an experience. If you just sound like everybody else, then you’re going to be forgotten. You’ve got to be able to challenge your listener, because music fans across the board are fickle. “He does the same thing every album!” “We like his old stuff better!” I feel like people are more accepting of my changes because I’m so personal with them to begin with. I let them know that I’m not just a rap machine. I live, too.

Laddie Moran's "Cry Baby" drops on Friday, Aug. 28, and can be found on all streaming services.

8 county artists are nominees in this year’s Art of the State; exhibit to go online this year

Eight Lancaster County artists are among the nominees for the 53rd annual Art of the State, which will be an online-only art exhibition this y…

Antique toolbox: Can you guess what this mystery object was used for?

Independently owned bookstores across the country, including at least two in Lancaster County, will be participating in a national Independent…

Friday's COVID-19 updates: 7.6K people in Pa., over 400 in Lancaster County have died from virus

Editor's note: This story will be updated.

I’ve managed to make some new friends while I’ve been quarantining alone during this pandemic.

United Way of Lancaster County is gearing up for the 29th annual Day of Caring!

In her 13th year as music director at Redeemer Lutheran Church in Lancaster, Leigh-Ann Powers isn’t willing to put a hold on making music duri…

First Friday continues with in-person events; here are 3 to check out

In the months since March, few Lancaster traditions have continued more or less unabated like First Friday.

After the cancellation of a live, in-person festival this year, the Susquehanna Folk Music Society is moving forward with a number of virtual …

What are your favorite Chameleon Club memories? Let us know [survey]

Adam Serrano's newest work is also his biggest - etched on the side of Tellus360 on King Street in downtown Lancaster city.

When it comes down to it, was 2020 really a good year for anything? The most positive spin you could put on the year is that it gave some peop…

Some vacations end up as nothing more than sweet memories and a few photos uploaded to Instagram. Not for Lancaster city songwriter Andrew Pau…