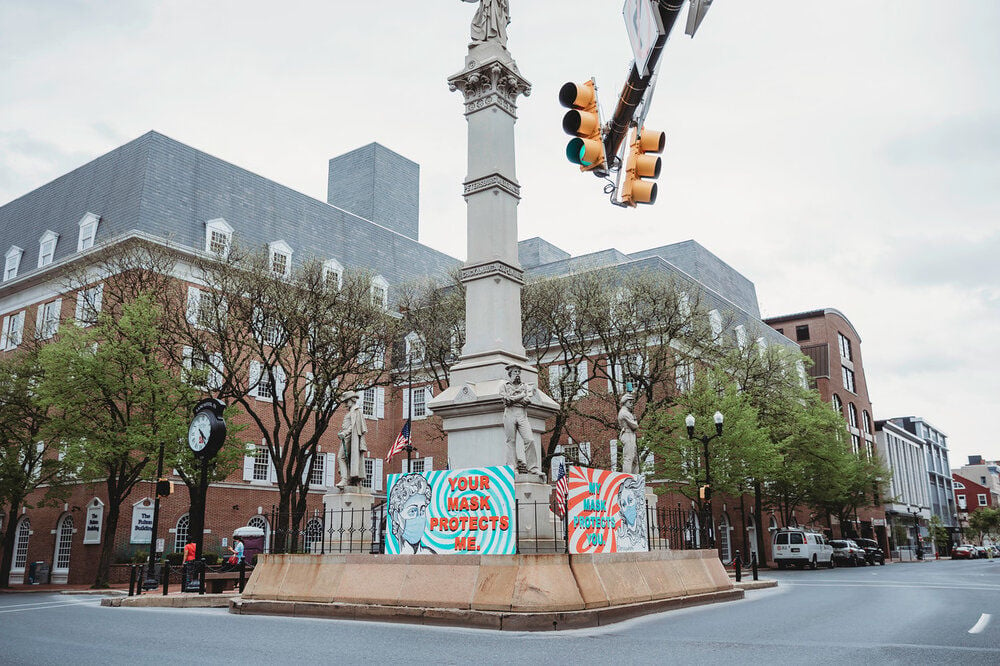 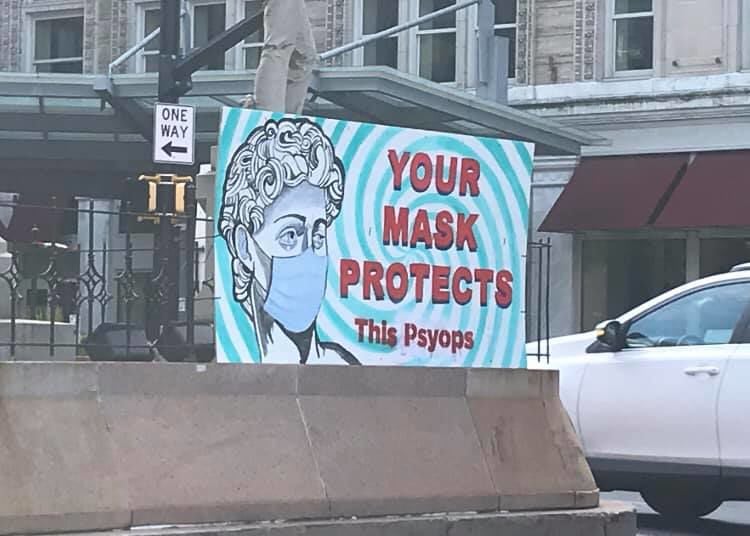 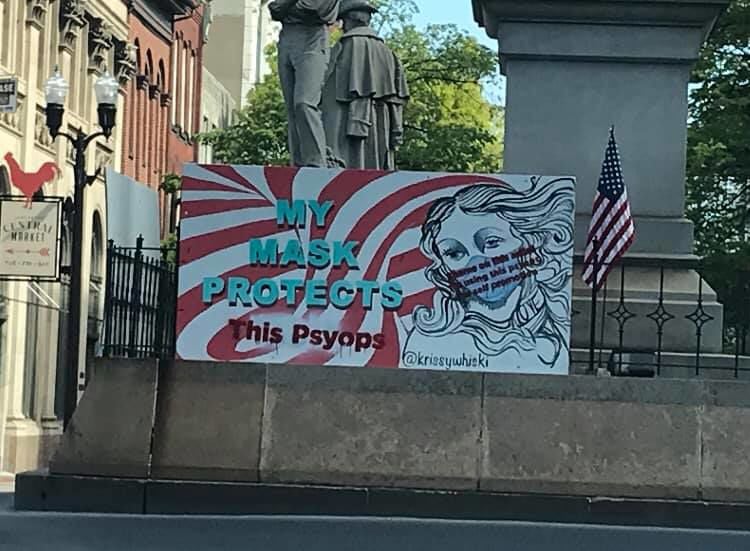 On Wednesday night, one of the more prominently-located new COVID-19 murals located in Lancaster city was vandalized.

The mural, which was one of ten created by artists chosen by Lancaster Public Art to convey messaging on COVID-19 practices, was painted by artist Krissy Whiski. Located around the Soldiers and Sailors Monument at Penn Square, the two-paneled mural features the heads of Renaissance art figures David and Venus wearing masks.

The messages "Your mask protects me" and "My mask protects you" adorn each part of the mural's respective spiral background. In her written description of the painting on Lancaster Public Art's website, Whiski says that she chose the them because "after the plague, came the Renaissance."

"It's unfortunate that someone would ruin city property to make their point," Whiski says by phone. "I see the point they're trying to make. Tensions are high for people due to all the uncertainty that goes with this pandemic. There are probably a lot of people that are scared or angry because they're out of a job or their business is shut down. I probably struck a wrong chord with somebody."

Soon after the vandalism was discovered, the pieces were taken back to Two Dudes Painting, the company that initially provided supplies for the artists. Whiski was able to get a majority of the spray paint off, though some repainting will have to be done. Whiski anticipates the mural to be put back in its place in a matter of days, though she is balancing painting with homeschooling her children.

"If I could go right now, I would," Whiski says.

According to Whiski, it was the City of Lancaster that notified Lancaster City Police about the vandalism, and they are now pursuing a lead.

"When we put our murals up, we did it with the best intentions," Whiski says. "We weren't meaning to make anyone angry or upset."

As May slowly sinks into the background and June feels only minutes away, live entertainment options in Lancaster are slowly starting to go ba…

Here are some stories you may have missed last weekend.