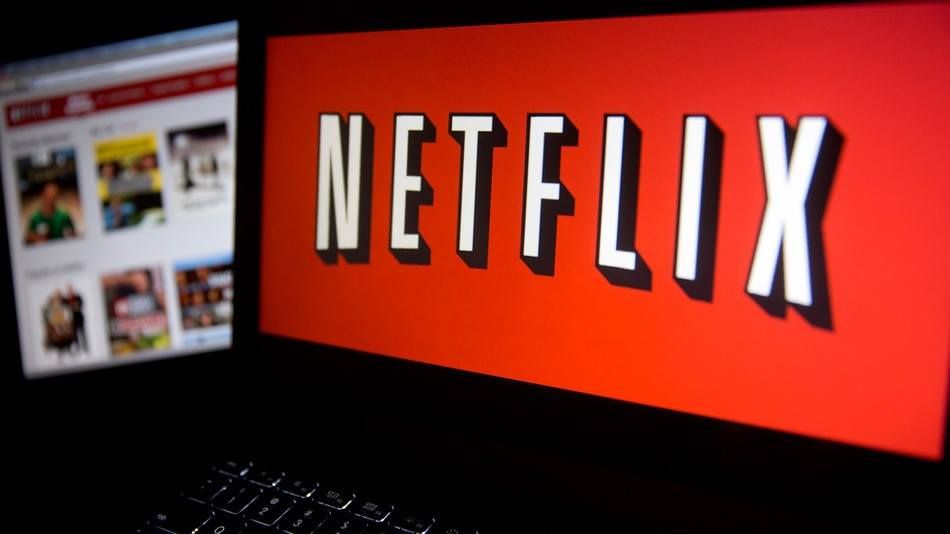 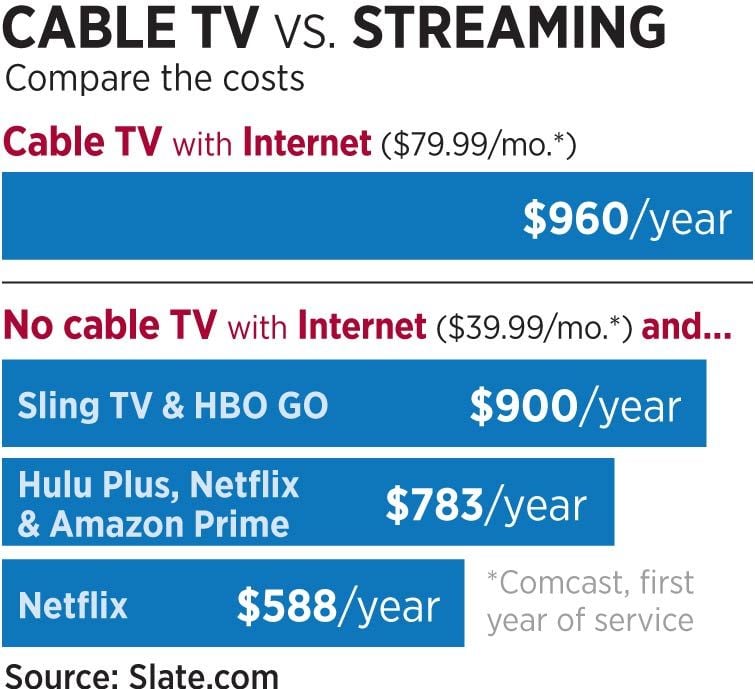 According to a 2014 study almost 7 percent of U.S. households are "cord cutters," meaning they have high-speed Internet but not cable or satellite television.

That number's up from 4.5 percent in 2010, according to Experian Marketing Services. And plenty of Lancaster County residents are among those joining the cord cutting ranks.

Charlie Helman, 27, of Lancaster, never bothered to get cable TV after moving out of his parents' house.

“I didn’t even think about it,” he said.

That doesn't mean he doesn't still get his entertainment fix. He watches streaming TV and movies on his computer or a connected television screen.

“I pretty much have Netflix going no matter what I’m doing. Without it, it just seems too quiet.”

Another Lancaster resident, Jonelle Renno, 39, ditched cable a few years ago. When her husband started school, the couple wanted a way to reduce its bills. They now use Netflix and Hulu to catch their favorite TV series and films.

"Best decision we've made!" she said of the switch.

In Lancaster County, basic cable packages cost between $60 and $80 for the first year of service. According to a cord cutting calculator from Slate.com, someone who drops the cable in favor of a $40 Internet bill and just Netflix would save $372 per year.

Have you cut the cord?

Tell us whether you've ditched cable and satellite TV in favor of Internet streaming options.

Streaming services don't have it all, though. Hulu, for instance, allows Internet users to watch current shows from certain channels, such as NBC and ABC, but only the day after the shows air on TV.

Stacey Snovel, 30, of Manheim Township, doesn't mind the delay. "So I might be a day behind the rest of the world with what happened last night on some show, but to save 100 bucks I'm totally okay with being a day late."

The limited availability of premium channels and live-streamed events can also keep TV buffs and sports fanatics from cutting the cord. But with more options entering the market, those obstacles are coming down.

This year, for instance, HBO fans will be able to sign up for HBO GO as a standalone service, according to Slate. Previously, the company required a cable subscription to get the streaming service.

At the Consumer Electronics Show in Las Vegas, Dish Network announced it will launch its own streaming package, Sling TV, with 12 major channels including ESPN and CNN. It will cost $20 per month, according to Slate.

Mike Croft, 27, of Columbia, said his decision to drop cable wasn't just financial. He experienced billing issues with his provider and weather-related service issues when he had dish.

Now he's a solely streaming guy. An added perk to the change?

Fewer commercials. (Netflix has none; HuluPlus has some.)

Jostalynn Parry, 25, of Lancaster, also saw that as a bonus.

"Every time I watch (cable) TV, I think it's really annoying. There's so many commercials and I'm not used to that."

These devices enable users to view their streaming services and other applications on their TV set. These are one-time costs.