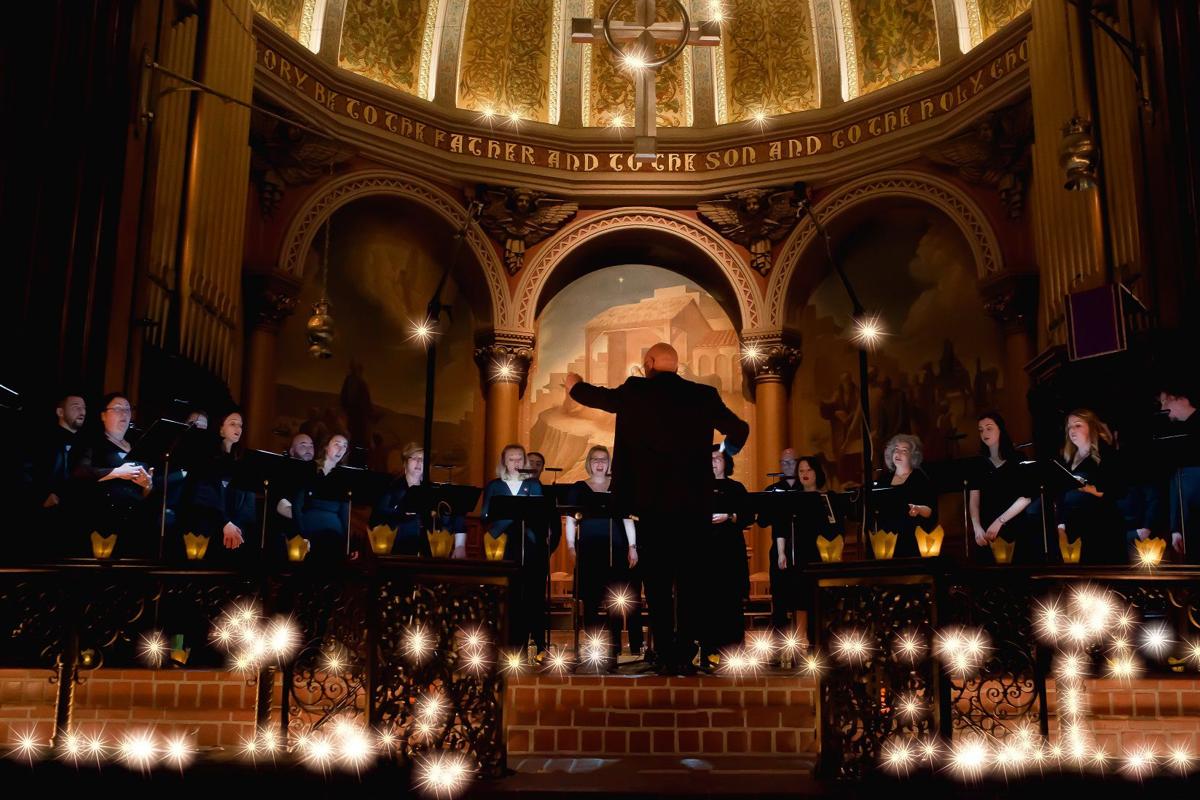 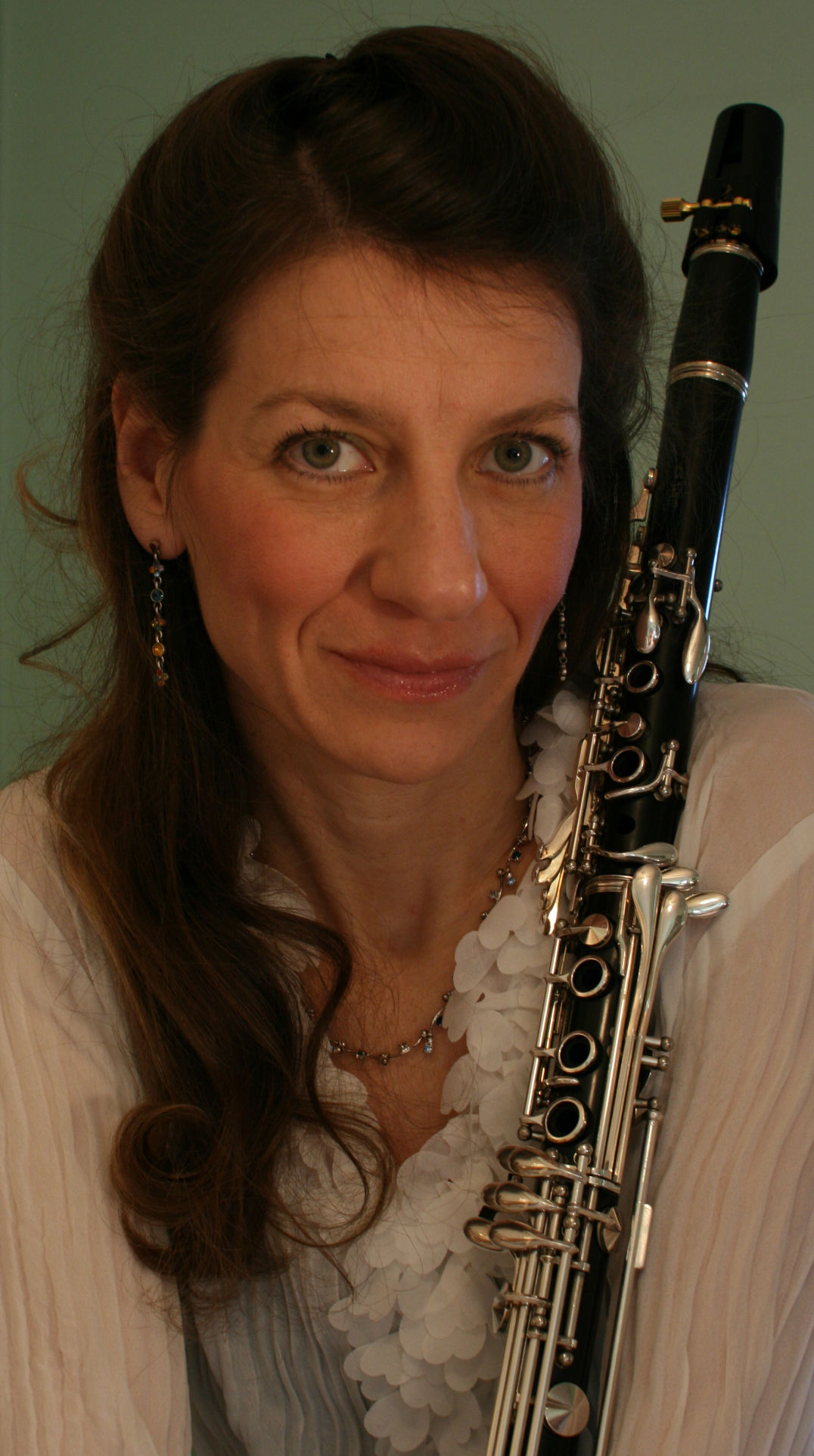 Doris Hall-Gulati was determined Sunday to not look at her phone.

Hall-Gulati, a clarinet player and instructor at Franklin & Marshall College and Lancaster Bible College, was too nervous to see if she had won a Grammy. She was nominated for her work with Philadelphia area vocal group The Crossing in the best choral performance category.

She’s also principal clarinetist with the Opera Philadelphia. On Sunday afternoon, she performed in the group’s production of “A Midsummer Night’s Dream” at the Academy of Music in Philadelphia.

At intermission, she felt a rush of nervous energy in her stomach when she thought about the Sunday afternoon ceremony at which most of the Grammys are handed out, which was happening at the same time as her performance. But she refused to look at her phone.

Even after the performance was over, she kept her phone tucked away and out of sight. She asked her husband Andy to do the same, too nervous to see his reaction to the awards results.

Then, a mile into her walk from the Academy of Music to 30th Street Station, she had to get out her phone to send an unrelated message.

“I got it out, I saw, ‘Congratulations,’ and I just fell down on the ground,” Hall-Gulati said. “I was in shock. I completely lost it.”

The award was presented during the Grammy Premiere Ceremony. A majority of Grammy awards are presented at the ceremony, which is streamed online and precedes the televised ceremony.

McClosky was present at the awards, Hall-Gulati said, but no one from the group made an official acceptance speech after the announcement.

One of the first congratulatory messages she received was from fellow F&M music faculty member Jessica Beebe. Beebe was nominated in the same category with New York vocal ensemble Clarion Choir.

The pair performed together, along with Beebe’s husband Mark Livshitz, at F&M’s faculty concert Saturday afternoon. Beebe is a member of The Crossing, but did not perform on “Zealot Canticles” because of a scheduling conflict.

Hall-Gulati said the fact that her first Grammy is for this particular project makes the award even more special.

“Zealot Canticles” is based on “Twelve Canticles for the Zealot” a poem by Wole Soyinka, who won the 1986 Nobel Prize in Literature. Like Soyinka’s original work, the project’s official description notes that Lansing’s musical response is intended as a plea for peace and tolerance, while also recognizing the difference “between devotion and intolerance.”

“It means a lot,” Hall-Gulati says. “I mean, I’m getting choked up. It’s very important to me. It wasn’t just me having a great day playing Rossini or Brahms or whatever. This is a powerful work and a very large statement.”

She says the depth of content is par for the course for The Crossing and Nally.

“It’s important to him that what they do has meaning,” Hall-Gulati says.

For more information about The Crossing's upcoming performances, visit crossingchoir.org.

Hall-Gulati will perform again with The Crossing on its next two projects. The group will perform “In the Light” March 30 and 31 at Philadelphia Episcopal Cathedral, and “Aniara” June 20-23 at Christ Church Neighborhood House in Philadelphia.

Hall-Gulati doesn’t have any elaborate celebrations planned as of yet, but hopes to go out for a nice dinner with her husband to celebrate her Grammy.

“I feel incredibly blessed to be part of such a wonderful opportunity, and I couldn’t be happier,” Hall-Gulati says. “I just feel blessed.”

Jessica Beebe has been performing with Philadelphia-based choral group The Crossing for a decade.

Doris Hall-Gulati's Grammy win is music to our ears [editorial]

The Board of Trustees for Lancaster Bible College recently announced that they have found the school's next president.

A theme of balance keeps popping up in Jocelyn Crosby’s life.

Traditionally, compositions for all-female vocal groups have been a bit limiting.

Best of local music: Concerts and artists we loved in 2019